Find out about the Bright Knight in ‘Starring Adam West’ Trailer

Adam West played one of the most iconic portrayals of Batman in history. A very tongue-in-cheek, silly, and somewhat goofy version of the Dark Knight that West himself refers to as the Bright Knight. It’s not my favorite version, but I can appreciate its intentional humor and West is always brilliant, on and off camera. 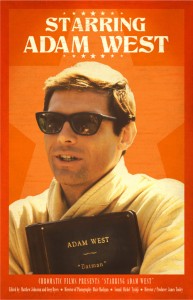 Apparently, a documentary focused on the great man was Kickstarted in 2011 and made its premiere last year at the Sun Valley Film festival. Since then, it went through a brief run on the festival circuit and is currently playing on cable.

The news here is that the trailer recently surfaced online and it looks pretty good. I’m not the biggest fan of documentaries, but when it focuses on geeky subjects like Adam West, Stan Lee, or Comic-Con, I’m all in. A big bonus for me is that it features Ralph Garman, the co-host of Hollywood Babble-On, and one of the biggest Batman ’66 fans around.

Find out more information about this great documentary here.

James Gunn Hints a Character May Have Survived...