Batman has worn numerous cowls throughout his 75 year war on crime.  Conceivably, most humans cannot specifically recall what each cowl looks like, at least not without referring to some sort of visual aid.  Thankfully, an artist named Salvador Anguiano has compiled 75 years worth of Batman cowls in one poster.  Anguiano’s poster features cowls found in Batman films, comics, video games, and animation, and was created as a part of a Poster Posse project, in celebration of Batman’s recent 75th anniversary. 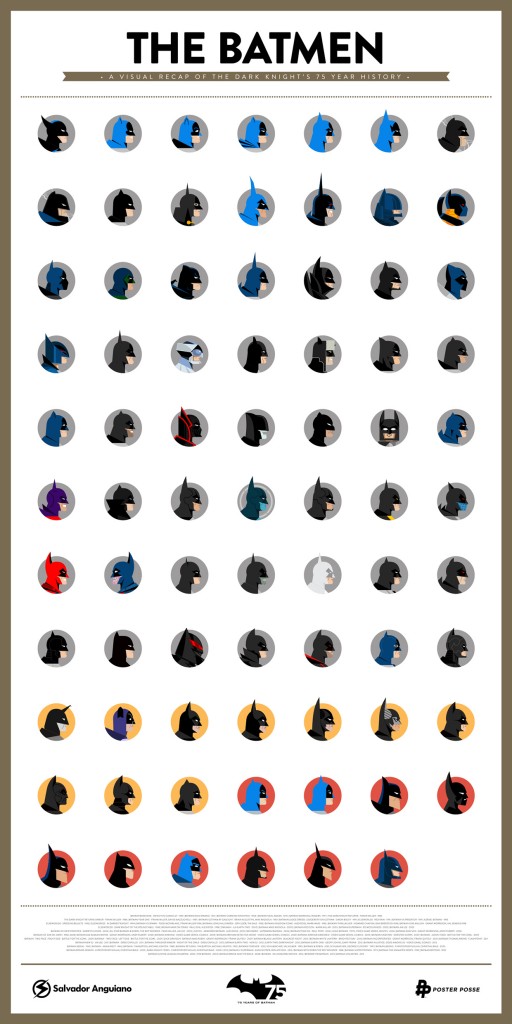 Here’s what Anguiano said about the poster:

Batman has got such a rich history that in the end it was really hard to choose just one era to pay tribute to one of the greatest characters in popular culture, so I’m paying tribute to as much of said history as I can! I decided to choose 75 Batmen each representing an important moment in Batman’s long career.

Check out more over here to see sketches and whatnot..