Fans of Aquaman will be pleased to know that their hero of the sea will getting the spotlight in the upcoming Warner Bros. animated feature entitled Justice League: Throne of Atlantis, which will follow the origins of Aquaman, who is sometimes so easily overshadowed by seemingly more prominent figures like Batman and Superman.  Aquaman received DC’s “New 52” comic book reboot treatment, just as Batman did, and now, Aquaman will essentially have his own home video release.

Unlike the comic, the movie will focus on how young Arthur Curry discovers his aquatic heritage. Raised by his human father, when the movie begins he doesn’t know that he is the heir to the throne of the watery kingdom.

Regarding Aquaman in Throne of Atlantis, supervising producer James Tucker said this:

He’s a little bit lost. His father has died and he’s always been an outsider, so the one person who had his back is now gone. When that Atlanteans instigate incidents to escalate a war with the surface world, he doesn’t yet know who he is. As he discovers his true history he’s going to have a lot of choices to make. It’s definitely about him finding his own path.

Apparently, James Tucker has heard yearly fan pleas for an Aquaman film like Throne of Atlantis…

A lot of times with Aquaman people just focus on his powers and their opinion of them as being lame — which I don’t believe — and that’s all they think of him.  Hopefully we’ve made him a person in people’s eyes first. And then the powers and the telepathy with fish and all that can be put in perspective.

Also back for this movie is character designer Phil Bourassa, whose version of Aquaman was inspired by the new comic book look created by DC Comics co-publisher Jim Lee.

Justice League: Throne of Atlantis will continue the story from 2014’s Justice League: War, and will include the following returning cast members: Batman (Jason O’Mara), Cyborg (Shemar Moore), the Flash (Christopher Gotham), and Shazam (Sean Astin).  The cast also features Green Lantern (Nathan Fillion), Wonder Woman (Rosario Dawson), and Superman (Jerry O’Connell). Matt Lanter will provide the voice of Aquaman. As for the villain, Ocean Master, he will be voiced by Sam Witwer.

Justice League: Throne of Atlantis is scheduled for an early 2015 release via Blu-ray, DVD, Digital Download, and On-Demand, and adapts a comic arc that pits the undersea hero’s nation, Atlantis, against certain forces above, on land. 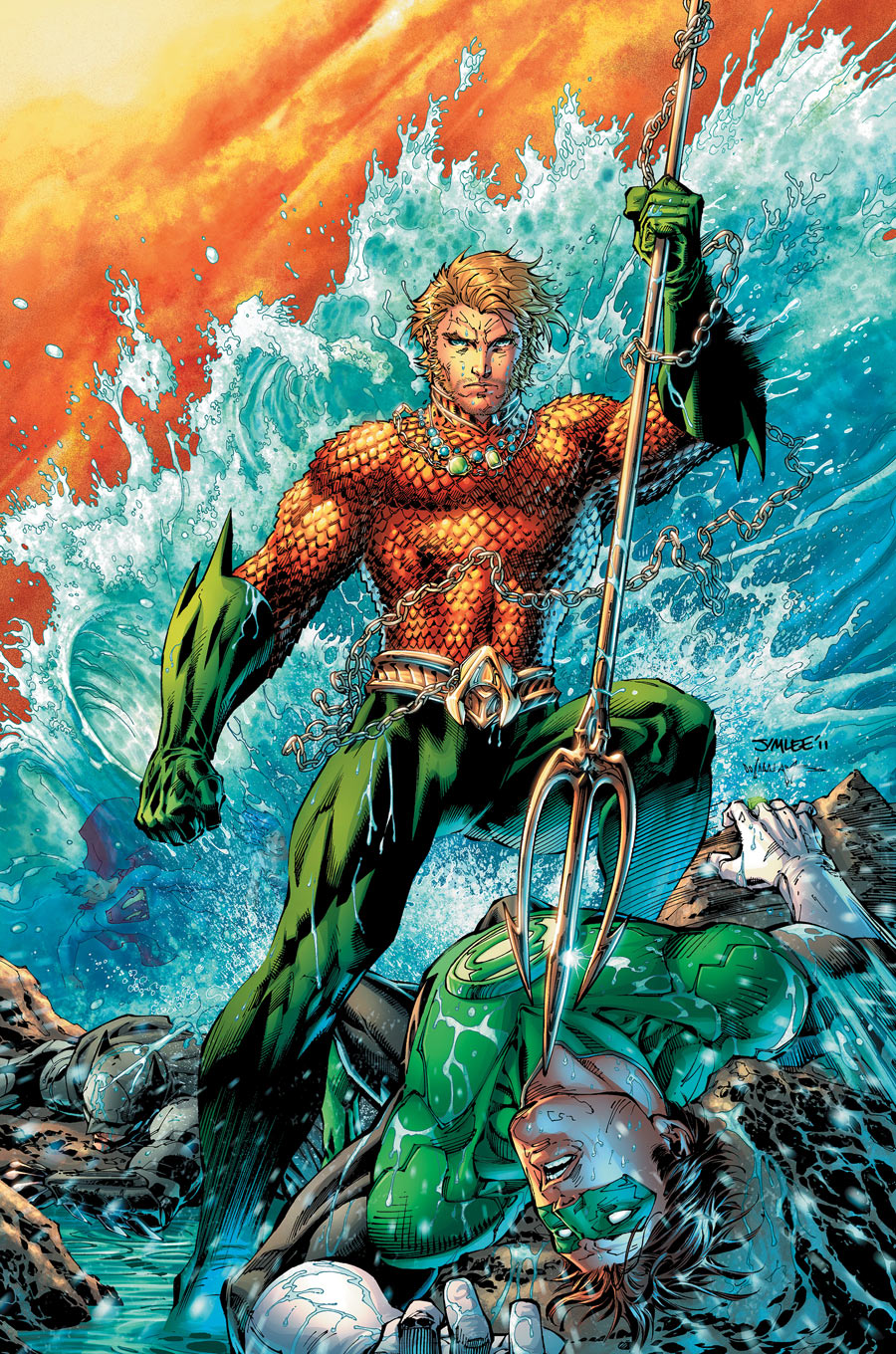