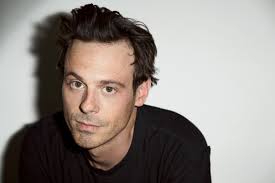 Deadline reports that actor Scoot McNairy (12 Years A Slave, Non-Stop) has joined the cast of Batman v Superman: Dawn of Justice. The role has yet to be confirmed by Warner Bros. and it is unknown who he is playing. Want my guess? I don’t mean to stir rumors more than they already have been, but it sounds like a cameo character to me. He definitely has the hero look. Or he could be playing a bank teller. Time will tell.

Henry Cavill May Still Have A Future As...