For the most, I’m still not quite sold on the Gotham TV series that should be premiering on Fox this fall. Yeah, that trailer was pretty darn cool, but after reading this interview with series developer Bruno Heller, I became a little sick. Heller has a pretty good track record with Rome and the Mentalist under his belt, but that interview showed his disdain for costumed superheroes. Last time we had a creator with no real interest in comic books, we got Batman ’66, which necessarily a bad thing, but not quite right. I remain cautiously optimistic that this is going to be a pretty cool show. Marketing material isn’t too bad for it so far. 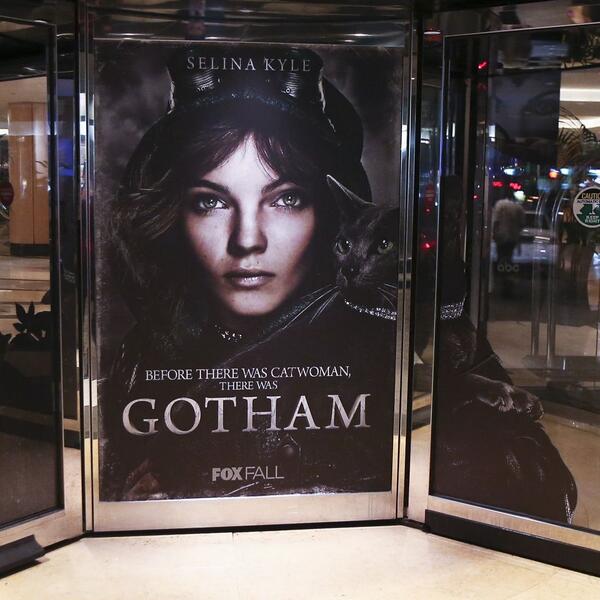 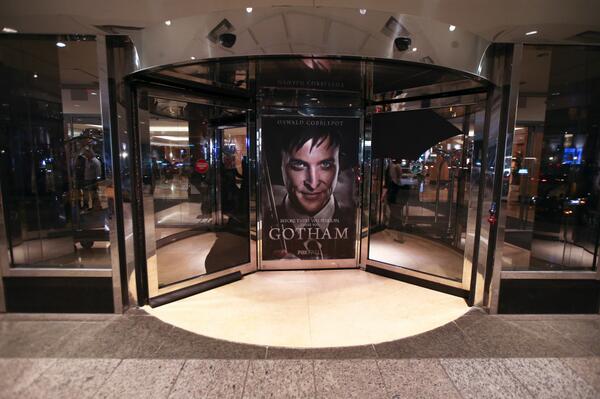 Looks like both Bicondova and Lord Taylor were out around the same areas or… this was a carefully planned marketing move by WB/DC/FOX. Either way, it’s pretty cool. If any of you catch of these out there in the big open world, give us a ring and let us know.