Latino Review speculates that newest cast member, Oscar-winner Holly Hunter will play Dr. Leslie Thompkins or a character meant to replace her in the upcoming Batman vs. Superman.

A couple weeks back, WB announced the addition of three new cast members Holly Hunter, Tao Okamoto, and Callan Mulvey. At the time of the announcement, WB kept quiet about exactly who they were playing. As you would imagine, there have been tons of speculation as to who these folks will be playing. Both Tao Okamoto and Callan Mulvey have experience in comic book movies. Okamoto is enjoying the success from her feature film debut as Mariko Yashida in last summer’s The Wolverine, while Callan Mulvey has had success in 300: Rise of an Empire and most recently, in Marvel’s Captain America: Winter Soldier. 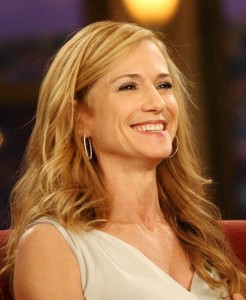 Holly Hunter, who has the largest and most impressive resume, has yet to play in a live-action comic book movie – she played Elastigirl in Disney/Pixar’s The Incredibles. That’s who Latino Review is targeting for their speculation.

So, your piece of non-news for today is that Latino Review believes that Holly Hunter will play Dr. Leslie Thompkins or a character meant to fulfill that role as Batman/Bruce Wayne’s confidante. For those who don’t know who Dr. Thompkins is, shame on you. Dr. Thompkins is often portrayed as a medical colleague of Bruce’s father, Thomas, as well as a surrogate parent alongside Alfred. She is known mostly for her staunch opposition to Bruce’s vigilantism and, in some literature, acting as Batman’s personal physician should his injuries become so severe that they are beyond Alfred’s capable hands.

Hunter seems more than capable for the role and should make for a fantastic foil to Jeremy Irons’s Alfred. But let me ensure that it’s as clear as day that this is 100% speculation. LR does not cite any source close to production. They are simply entertaining the idea since Hunter seems like the caliber actress to tackle this role. 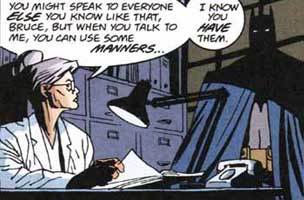 If it’s not clear yet, THIS IS NOT A FACT! LR is simply GUESSING (and hoping) that Hunter is playing the part. Considering that this is not even a rumor, it should be noted that salt isn’t completely necessary unless you’re a glutton for sodium in which case, be my guest. Just know that this is pure speculation and nothing more.