It was reported back in October that new episodes of Beware the Batman were pulled from Cartoon Network’s schedule, to be replaced with reruns of the show before slowly disappearing from the schedule altogether. It lead to numerous reports and speculation that the new series had been cancelled, despite consistent ratings and Happy Meal toys. It was disheartening to see this happen to a show that was slowly gaining its footing. However, there were reports stating that the show would return in January 2014. 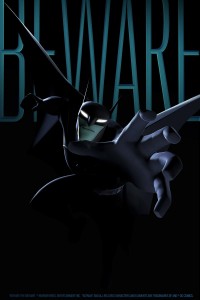 In retrospect, I should have expected this. Not only was Young Justice unjustly cancelled, but during YJ’s run, it was wrought with random hiatuses. It took literally years to run the first season of YJ, with 6-month to year-long breaks in between episodes. With that being said, I assume that will likely occur with BtB.

There are still 15 episodes of Beware the Batman that have not been aired.

What do you think? Did you want more Beware the Batman? Or do you think that it’s done, for the most part?

‘The Batman: The Complete Series’ Coming To Bluray...

Fan Recreates ‘The Batman’ Trailer With ‘Batman: The...