The founder of Batman-On-Film, Bill “Jett” Ramey, posted a Q&A that revealed some interesting tidbits regarding the upcoming Batman vs. Superman, that’s set to go into principle photography in the coming weeks.

Batman vs. Superman is shaping up to be a very historic pop culture event. Two of the most recognizable superheroes in history will finally meet for the first time on screen. Naturally, its highly coveted and rightly so. Fans will be on edge and protective about such an important event. As such, I feel it’s important to try sift through what exactly has been confirmed, before we get into my news. 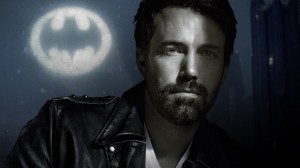 Of course, most the cast of Man of Steel will return, with Henry Cavill as Superman/Kal-El/Clark Kent and Amy Adams as Lois Lane. Zack Snyder will be returning to direct and David S. Goyer is returning to scripting duties, with Chris Terrio coming in for some revisions to the script. Whether you like it or not, Ben Affleck will be playing Bruce Wayne/Batman and Gal Gadot will be playing Diana/Wonder Woman. There will be a scene in which Gotham City University will face off against Metropolis University in a heated football match and they will shoot in Detroit, Michigan.

With that being said, Batman-on-Film founder, Bill “Jett” Ramey posted a Q&A where he revealed some of his inside information regarding Batman vs. Superman. Bear in mind that although I feel like we can trust the guy, I’m going to put this under the RUMOR category in the meantime because, as always, none of this is confirmed.

He does a fair bit of speculation in the Q&A, so I’m going to wade through what he explicitly stated as fact based on his sources. You’re welcome.

I know I’ve had my concerns about this flick being bloated with far too many characters, taking away from the fact that this was 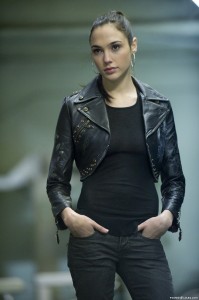 I’ve been told that Batman vs. Superman – or whatever it ends up being titled – is truly a Superman film. The film’s bad guys are Superman villains and Henry Cavill’s Man of Steel/Clark Kent is the main character. Of course, Batfleck will play a major role in the movie; but I suspect that one of the main reasons for Batman’s inclusion is to establish a new “DCU on Film Batman” and set up future solo Bat-flicks. Same goes for Gal Gadot’s Wonder Woman – though I think her role is much smaller than BA’s Batman.

When asked if this movie is really a Justice League movie in disguise, Ramey responded with:

The last of his confirmed information is in regards the remaining characters that may appear in the movie. He confirms that Lex Luthor will be in the movie and that the remaining villain, that he’s not allowed to identify, is a name that has cropped up already. He says, “I’m not at liberty to reveal the ID of the other villain at this time…but the character is highly rumored to be in the film.”

Jason Momoa was recently revealed to be in negotiations to appear in the flick, with some speculating that he may play Martian Manhunter or Aquaman, if this were indeed a Justice League movie. Ramey succinctly debunks it, saying “Neither of those characters are in this film.”

Ramey also addressed a recent rumor regarding the absence of any Bat villains. When asked if there would be any Bat villain in the flick, Ramey responded with an unequivocal no, saying “From what I’ve been told, the answer to that question is NO.” 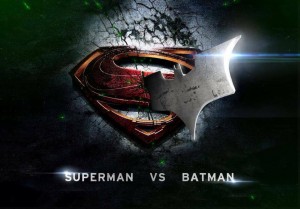 Aside from that, the post is primarily composed of opinions and speculation. Though I’ve found that some websites are reporting Ramey has confirmed that Affeck will be begin working on solo Batman movies, it’s not hard to see that Ramey is simply hoping and again, speculating.

Some of his speculation is quite intriguing though. When asked what he thought (Remember, more speculation. Not confirmation, not fact. Speculation) would the extent of Wonder Woman’s role in the movie, Ramey responded with the following:

Personally, I’d say it’ll be about on par with Scarlett Johansson’s first appearance as Black Widow in Iron Man 2. I believe that it’s a cameo-plus type of role that will (hopefully) serve as a springboard to a solo Wonder Woman movie.

With all that said, I’d bet a year’s pay – in MONOPOLY money, of course – that the “Amazons” of this cinematic DCU will be descendants of those “ancient Kryptonians” who attempted to set up Kryptonian outposts throughout spacedom thousands and thousands of years ago. Furthermore, I say that Wonder Woman will be powered-down, if you will, relative to Superman because these Amazons have evolved and adapted to living on Earth for hundreds of centuries. And since Kryptonians are produced without any “He’n and She’n” – Jor El and Lara excluded – couldn’t this original Kryptonian on Earth have used this reproductive science to create an all-female race? I say yes!

Remember, remember that salt goes with your daily rumor intake.

Who do you think is the other villain? Darkseid? Doomsday, perhaps? Are you relieved that this is primarily a Superman movie? Let me know.