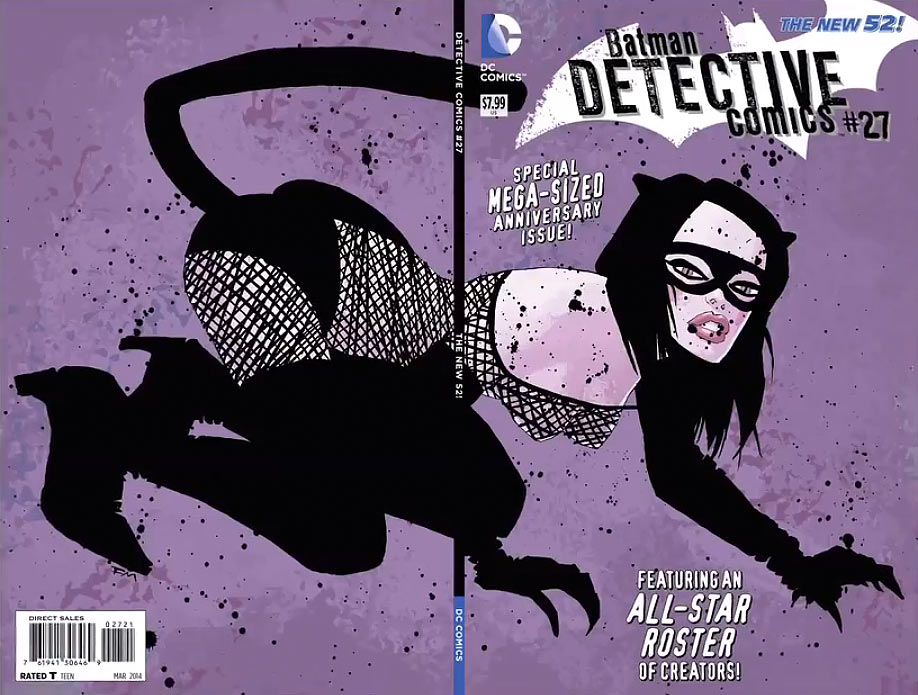 Earlier today DC Comics via their DC All Access gave all of us an early Christmas present with the reveal of Frank Miller’s variant cover for next year’s Detective Comics #27. The comic will kickoff 75th anniversary celebration of The Dark Knight in an issue that is a nod to the first appearance of Batman (Detective Comics #27 dated May 1939). The issue also marks the beginning of the Gothtopia story arc running through the extended Bat-family titles.
The cover features Miller’s take on the feline fatale, Catwoman. Enjoy and Happy Holidays.