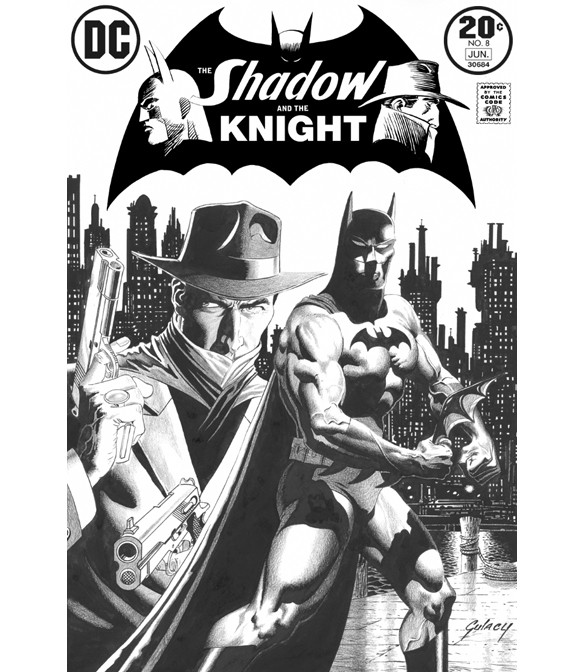 When Tim Burton was hired as the director Batman and the casting rumors began in earnest, I hoped for two actors to fill the role of Bruce Wayne/Batman. The first one was Pierce Brosnan, who would later go on to star as 007. Sadly, my idea of a British actor portraying Batman was ahead of its time (see Christian Bale). My second choice was Alec Baldwin. He had the dark hair, the intense blue eyes and he had this voice that was perfect for Batman. Plus, he had already worked with Burton, (I really thought this one was a possibility) but little did I know of the animosity between the Beetlejuice co-star and his director. Alas, this casting didn’t happen and Burton went against the grain by casting Michael Keaton.
A few years later, Baldwin was cast to star as another pulp/comic icon in The Shadow. That film suffered from outrageous plots and the creators just not taking the source material seriously, something many of the 90’s comic book film adaptations suffered from (see the Phantom and Dick Tracy). Flash forward nearly a decade later and a British (actually Welsh) actor is cast and Batman began anew, and the ties between Burton’s (flawed) classic and my dream casting of Alec Baldwin were long since forgotten.
Until I stumbled across this article by Anthony Tollin. Anthony compares the similarities between Batman Begins and The Shadow. While some of the connections feel like the author is trying just a little too hard, there are more than a few similar themes and plot points. There’s definitely enough material to get this Bat-fan wondering just how awesome Mr. Baldwin would have been as the Dark Knight in 1989.
Check out the full article here and see if there is a valid comparison of the two films.
Source: Shadowsanctum.net