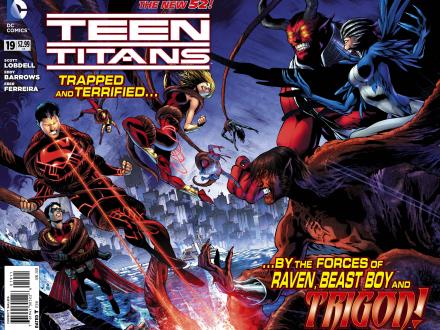 First we had the change of the Red Hood and Outlaws changed it’s original gatefold cover, now Eddy Barrows has revealed that Teen Titans #19’s cover has changed.  Originally it appears Skitter appears to be the traitor, however Eddy Barrows confirmed it was changed due to a editorial change.  With the events of the last 2 issues and the upcoming issue, Trigon was a given to appear, however the Beast Boy/Ravager is now the traitor-like angle with Beast Boy having a pre-Flashpoint connection to Trigon’s seeds back in New Titans.  Also interesting with the use of Beast Boy is his recent connections to the Rotworld crossover between Swamp Thing and Animal Man adding more connections in the New 52/DCnU.

What will the new role of Beast Boy be as The Ravagers is being cancelled so?  What role will Trigon play in this issue and the battle that will lead the team to darkness per the #20 solicitation?  Will Skitter still be a traitor?  How will this issue play into Trigon storyline going thru at least issue #23? 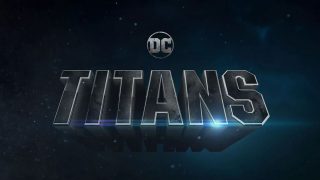