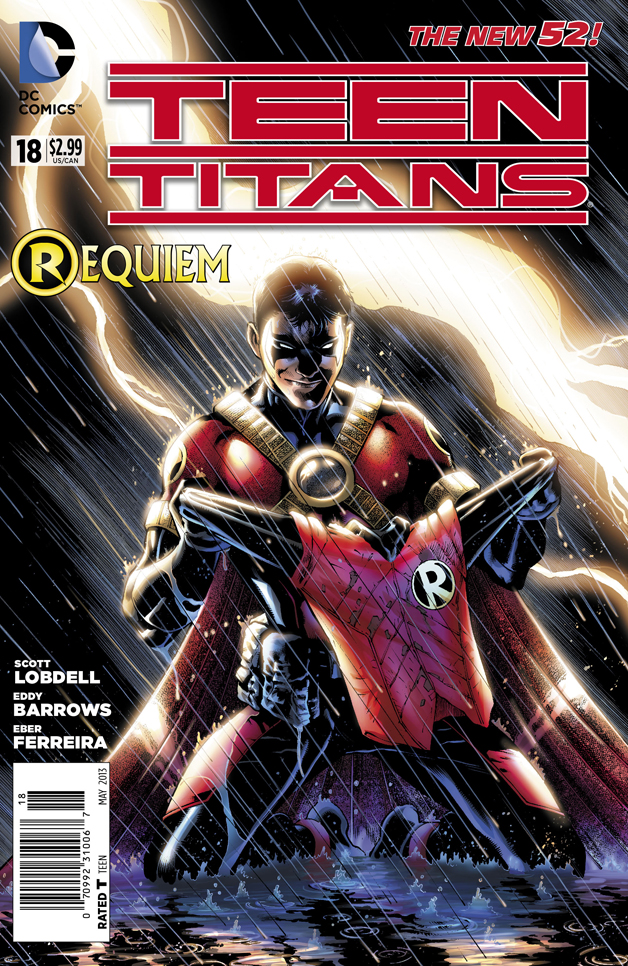 This issue has a lot going on it sounds.  First and foremost with the preview, Tim Drake mourns Damian’s death.  Another great spread of the Batcave in the preview with a feel of Teen Titans #0 with Tim.  It will be interesting with the Robin controversy how they handle Tim’s coping with the death as he was the next “Robin” after Jason Todd’s death, and Damian replaced him as Robin.  Next, we continue from the end of last issue with the Trigon influence on Tim related to the appearance of Tim on the cover.  Finally the original solicit references a guest star appearance of Suicide Squad which that substory has been building for a while with Amanda Waller and Larry Lance, and the “new’ Dr. Light vs Solstice. 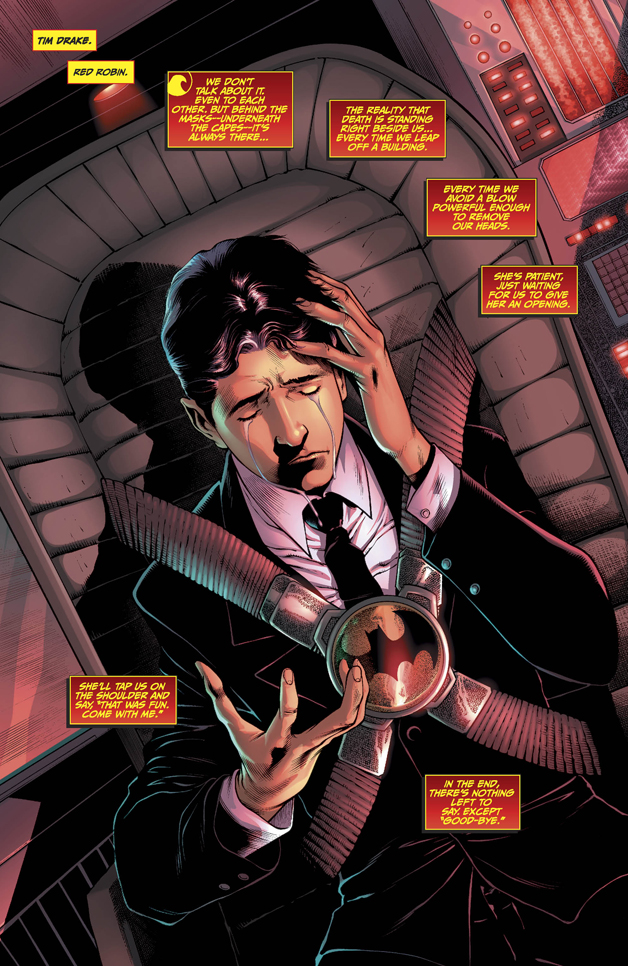 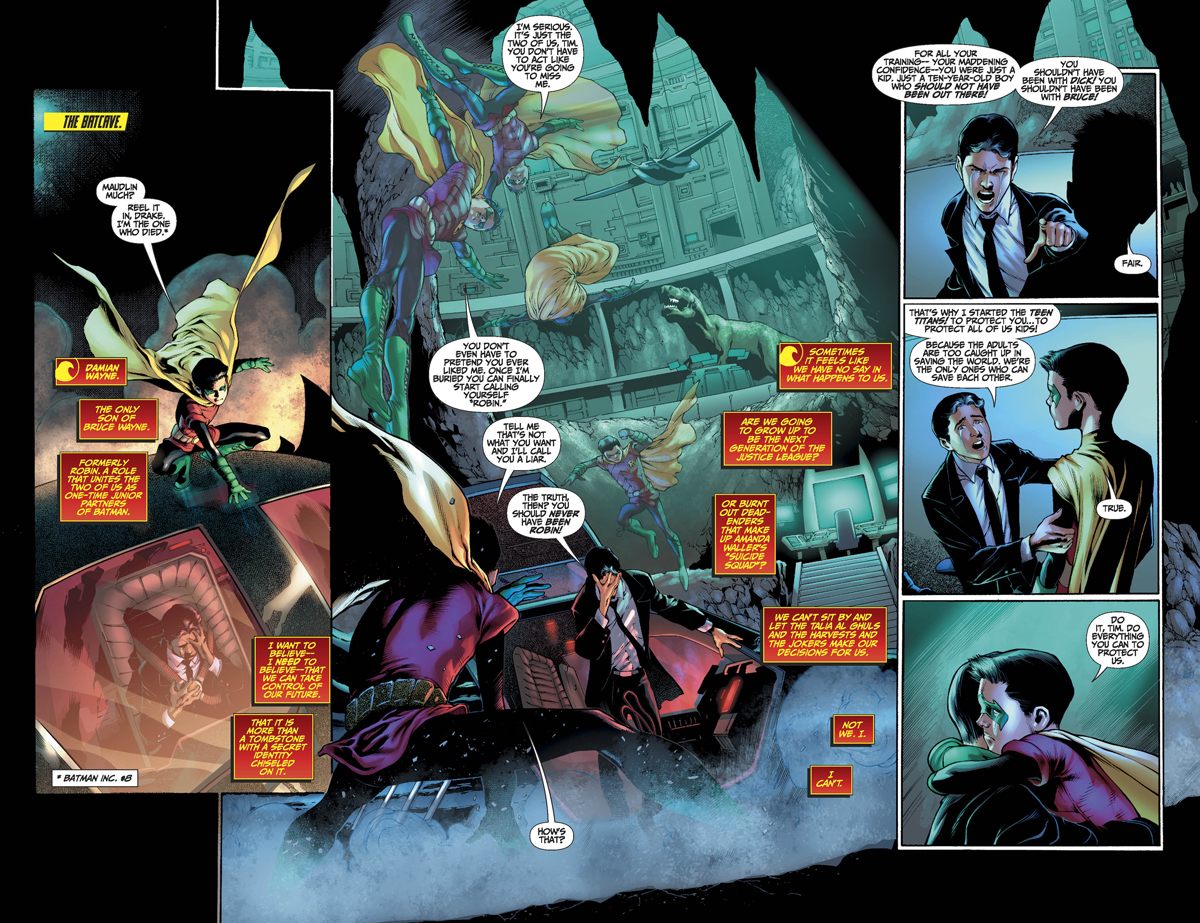 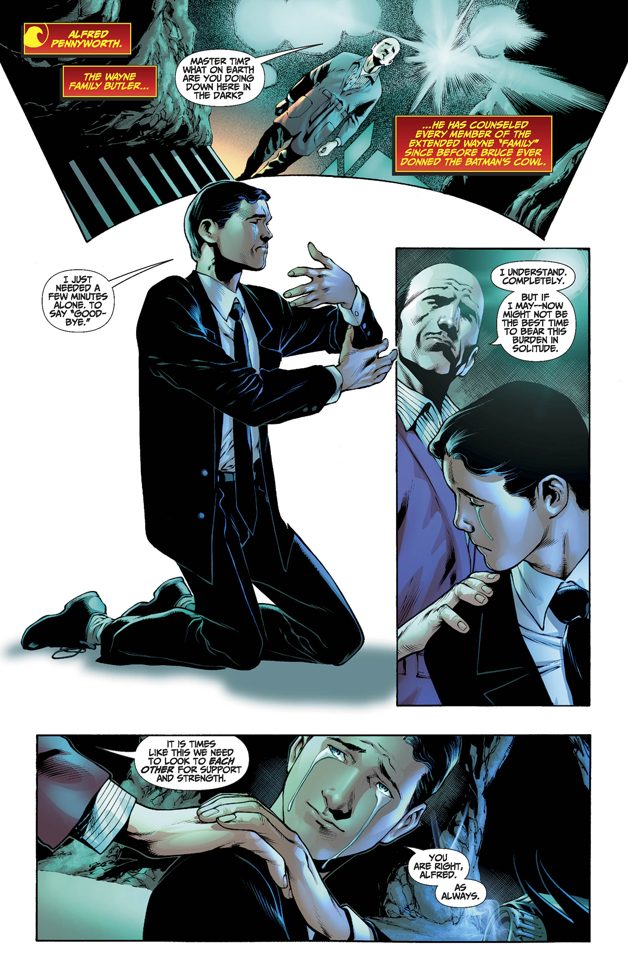 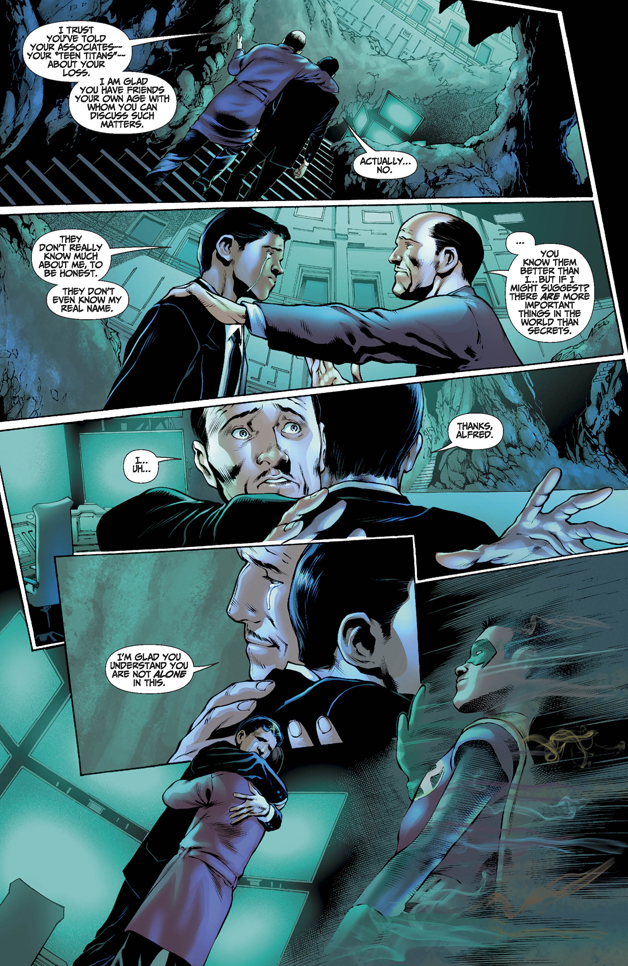 What will we find out about the Tim Drake lead into Damian becoming Robin in the New 52?  Will we get Requiem, Dr. Light vs Solstice, more Raven, and the Suicide Squad all in this issue?  Will Damian’s death play a role of Tim getting possessed?  What do you think of the preview?