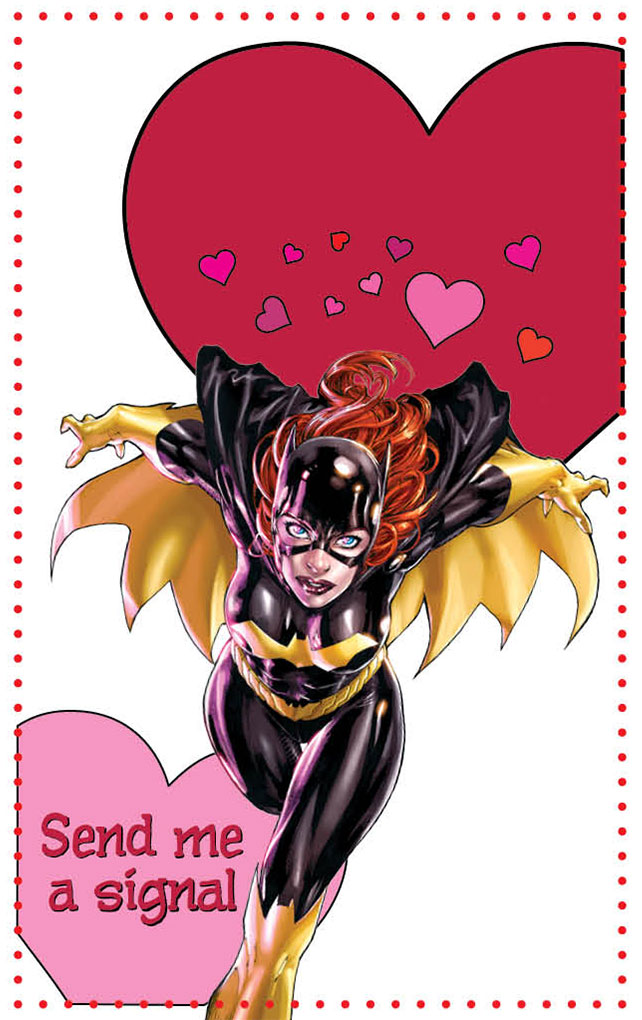 There are some strong Stephanie Brown fans out there still.

Douglas and Natalie Shea of Little Rock, Arkansas have been happily married for twenty-six years, but their union came to an end today thanks to a Valentine’s Day card clipped from the back of DC’s Young Romance: The New 52 Valentine’s Day Special comic book. Natalie chose a card featuring her husband’s favorite character, Batgirl, unaware of the fact that DC had replaced Douglas’s preferred Batgirl, the blonde and spunky Stephanie Brown, with Barbara Gordon, a ginger harlot. Furious at what he called a “complete breakdown in communication,” Douglas immediately left the house the couple have lived together in for fifteen years and filed for divorce.

“If Nattie doesn’t realize that Stephanie is the only girl who should wear the cowl, then we’re just not compatible,” read the court filing. “I mean, if the card had featured Cass instead, I could maybe have forgiven her. But not Barbara. Never Barbara. I feel like I don’t even know her anymore”

“My client ranks Barbara Gordon a distant third on the list of acceptable Batgirls,” said Mr. Shea’s lawyer at a press conference this morning. “When neither Stephanie Brown nor Cassandra Cain are being used in any capacity in the NuDCU, there’s no excuse for having Gordon in the costume, and a partner of twenty-six years should be well aware of this fact.”