RATING: Back Burner Issue, read it when you’re bored.

I think I like my name for Catwoman’s villain, Dollhouse, whom I’ve been calling Raggedy Anne. Truth be told, I really don’t like this whole story arc with Dollhouse, and I am glad that this crap is over. This will be Judd Winick’s (writer) last issue, but he will also be doing Catwoman #0 before he leaves Catwoman. Bye, Winick. You did swell.

For Issue #12, we picked up from where we left off with Detective Alvarez being kidnapped by Dollhouse. Catwoman who felt guilty for involving Det. Alvarez wants to rescue him with the help of Batman. When in a huge pinch call your booty call to save your ass. I prefer her love interest with Batman over her little thing with Spark, who is like an annoying mosquito to me. I found Spark to be just a non-factor in Catwoman’s life. He was annoying and he was already double crossing Catwoman ratting her out to dirty cops. On top of that he wanted a little nookie, nookie on the side with her too. Come on! I wanted Spark to die or go to jail in some lame ass way, and I got my wish! I won’t tell you Spark’s fate; you’ll just have to read it to find out.

I can’t deny that I did like the plot of Dollhouse’s scheme to clean the souls of prostitutes and runaways. It had a nice concept, it just didn’t pull through. The fact that Winick tried to tie Catwoman with Detective Comics that was impressive and it made me want to re-read that issue. Read the Catwoman #12 to find out which issue in Detective Comics they referred to. Catwoman’s intel partner, Gwen, is proving to be a force not be reckoned with and I have always liked her character. Now, it seems that Gwen will be dealing with more than she can handle in future issues of Catwoman. I wonder how Catwoman will react to Gwen’s new approach on how to handle their theft business?

As for the artwork by Adriana Melo, I had to look her up and see her work. I mean I can understand if this was a rush job because Guillem March left before the“Dollhouse” story arc finished. I haven’t been too happy with the artwork; the fighting sequences seem too choppy. The panels were too conventional making the art direction for a reader want to go into bored mode. I felt myself scanning quickly through the fight scenes because they were so boring. So, I took upon myself to see her work online and Melo is fantastic with her female pin-up sketch cards. Melo drew Black Cat from Spider-Man, I felt like screaming at the computer screen saying “WHY DON’T YOU DO THAT FOR CATWOMAN?!” Melo is great with her one-shot pin up artworks and I think when or if Melo gets her shot to revamp Catwoman, I say let her go crazy because her pin-ups scream “HOT!” Click out the video of Melo’s sketch card below.

Check out some panels I thought was cool down below.

Do you think Melo will pull through in future issues of Catwoman? What will Ann Nocenti bring to the table? What did you think of this issue of Catwoman? Comment down below, DKN Facebook, or DKNewsCom. 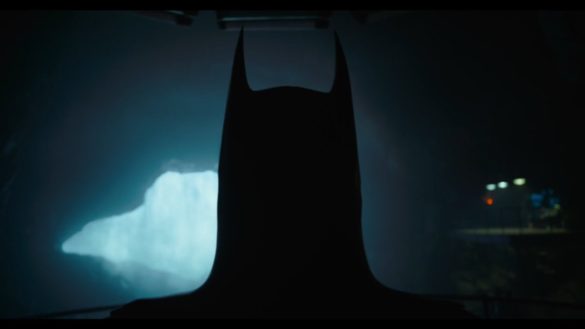