Sideshow Collectibles and Prime 1 Studio have once again teamed up to give us this new, jaw-dropping Death Metal Batman Statue.

The world’s in ruins and there are far too many twisted, demented Batmen causing chaos. However, this Dark Knight is ready to put a stop to them and he means business. 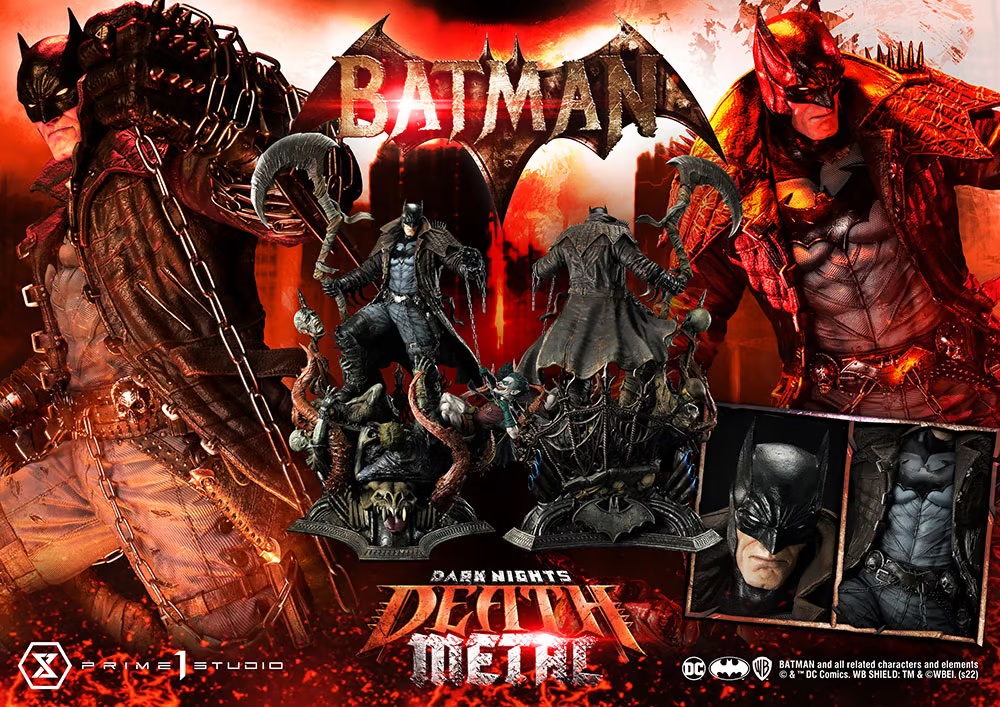 Standing at a terrifying 41 inches, Batman looks like a post-apocalyptic Grim Reaper, wielding a giant scythe as he fights with one of The Batman Who Laughs’ Robins.

Wearing a thick leather trench coat with spikes on the shoulders, metal braces with dagger-like fins, chunky armored boots, and a new Black Lantern ring that gives him the power to raise an army of undead, Batsy is head banging his way to war.

The Dark Knight looks at home, surrounded by zombies, eldritch tentacles, skulls, and bone. There’s even a decapitated head on a spike, as he fights atop a giant bat-themed, gothic masonry. He’d look just at home in your collection too.

The details put into this larger-than-life statue are incredible. The creator clearly has a love for DCs Metalverse, which is completely understandable because just look at Batman! All of the new versions of Batman the series has brought us are incredible, and it seems that Sideshow Collectibles and Prime 1 are on a mission to make all of them into stunning statues.

We can’t wait to see what Prime 1 and Sideshow Collectibles give us next. 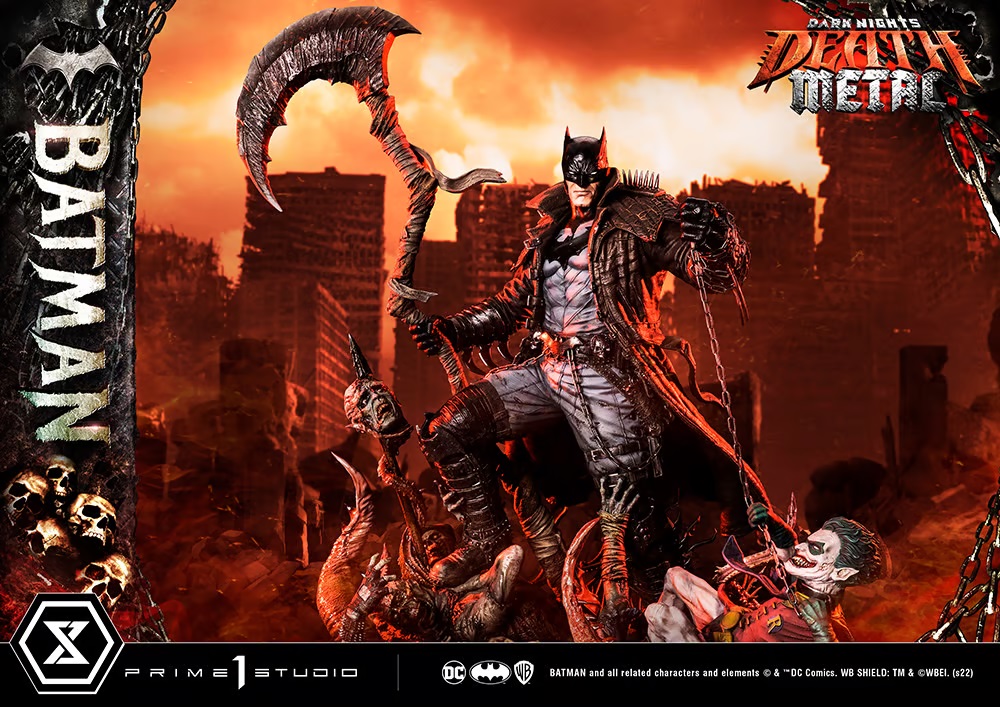