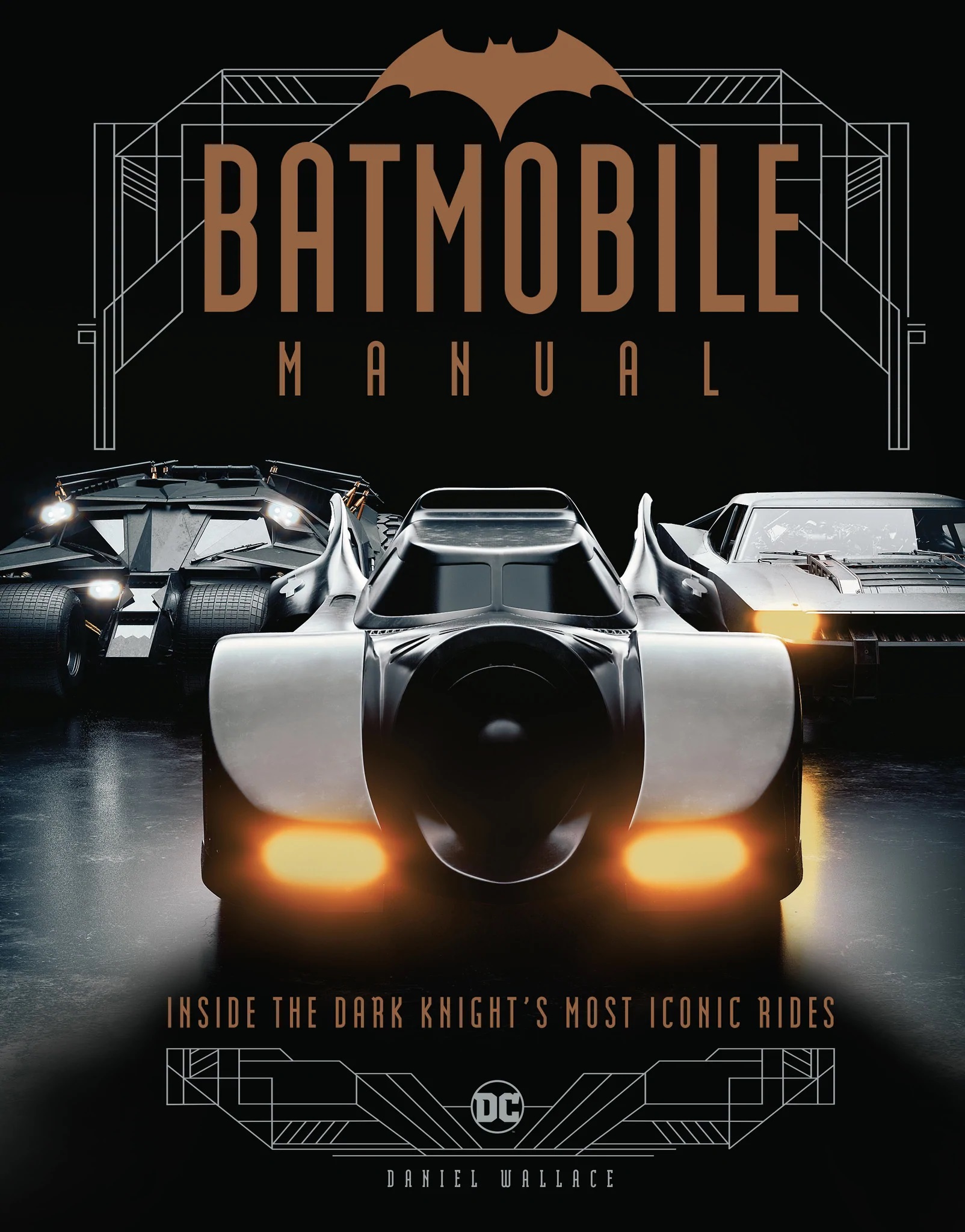 Insight Editions’ Batmobile Manual is a revelation. From the moment I saw the cover I was captivated, as it features three favorite on-screen versions of the Dark Knight’s legendary vehicle. When I started reading, however, I discovered that what lay within was even more impressive.

For starters, this astonishing book doesn’t contain a single photo, every page is lavishly illustrated by the incredible artist behind Star Wars: The Lightsaber Collection, Łukasz Liszko. That’s right, each and every image in this volume is an illustration, not a screen grab or photograph! 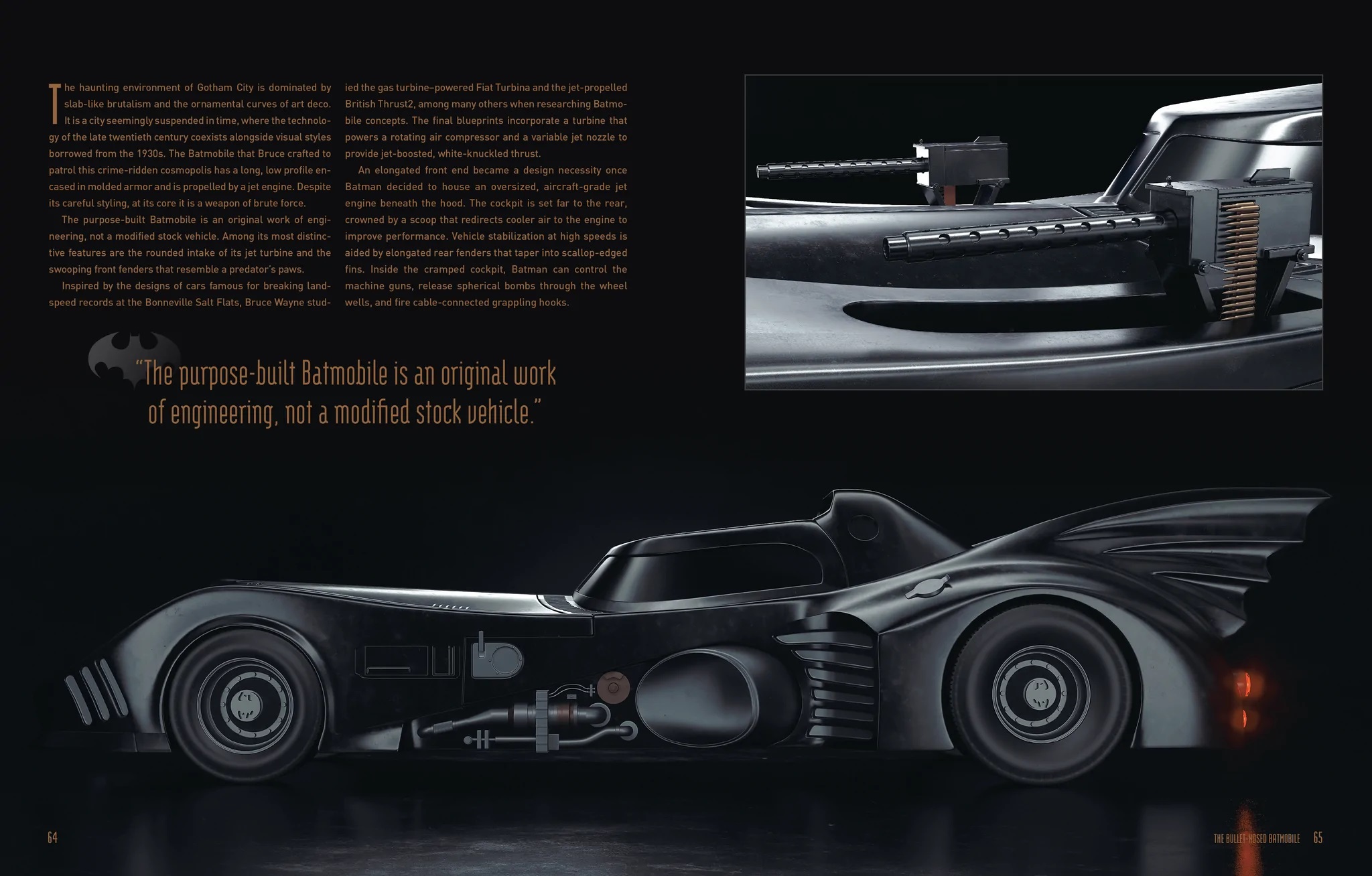 Thankfully, the writing in this book is every bit as good as the art. Daniel Wallace is the author or co-author of more than fifty books, including The Jedi Path, The World According to Spider-Man, and Star Wars: The New Essential Guide to Characters. As someone who owns a few of his books already, I knew this one was also going to be a winner.

Not only do we get to see and read about all the on-screen Batmobiles; from Adam West’s classic 1960s iteration, Tim Burton’s legendary Batman ’89 version, Christopher Nolan’s tank-like Tumbler, and Matt Reeve’s monster muscle car from The Batman, the comic book classics are all featured too! 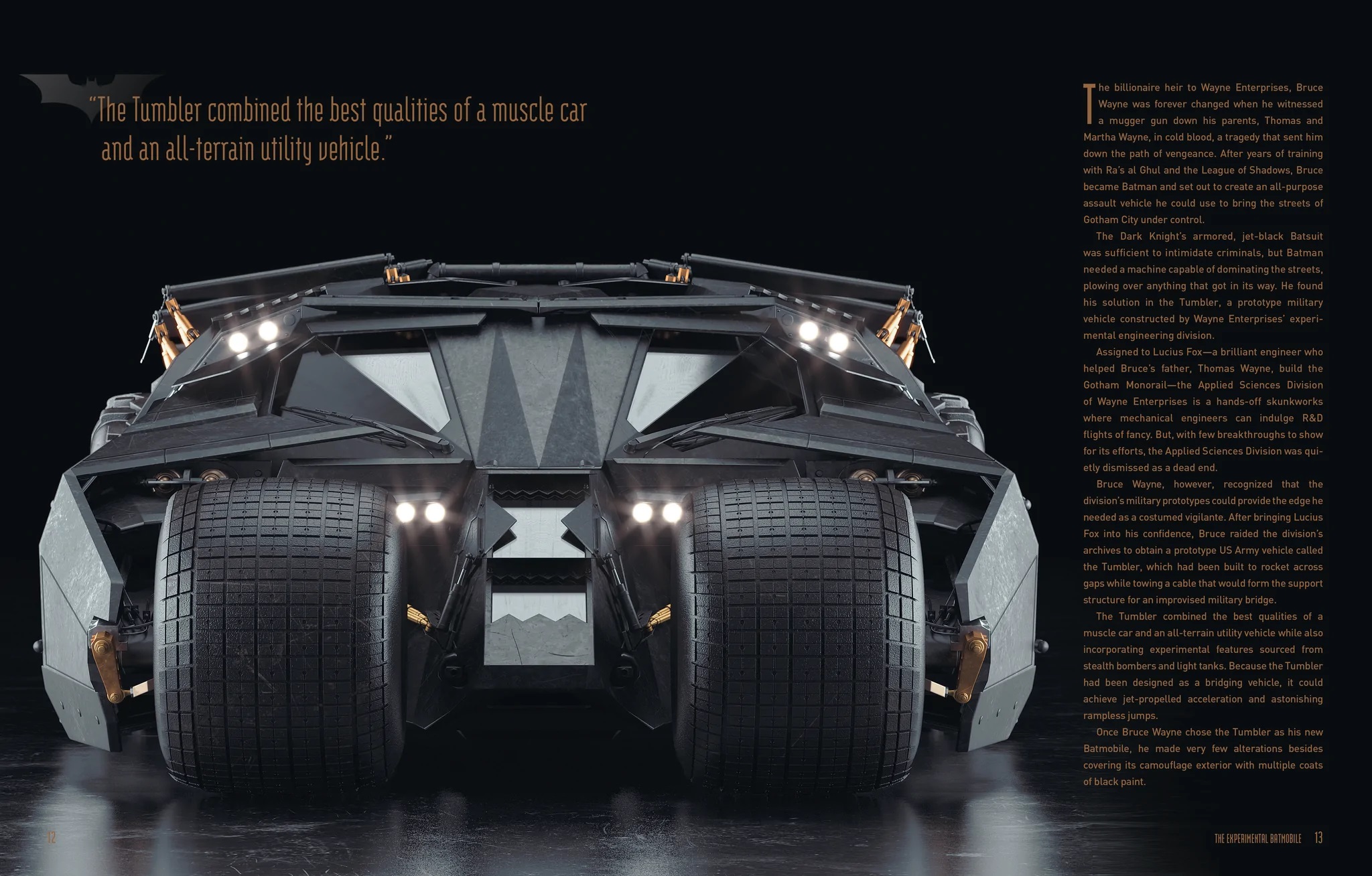 Many fans know that Batman made his debut in 1939’s Detective Comics #27, but did you know that the same issue also featured his original, bright red Batmobile too? No, it wasn’t named as such back then, it didn’t have any of the famed gadgets, logos, or paraphernalia, but it was Batman’s ride and it made its debut in the same comic in which he did. Daniel Wallace did know and he’s it included in this book. It’s been photo-realistically illustrated, in all its crimson glory, by the brilliant Łukasz Liszko.

Now, if all of my gushing hyperbole or the stunning art attached to this review aren’t enough to convince you to buy this amazing book, perhaps the following statement will. Do you remember the Bat-Gyro, the Flying Fox, and the Night-Crawler? Yes, they’re all included too, as are the Bat-Missile, the Bat-Boat, and the Bat-Pod! As an ultra-difficult-to-impress, card-carrying Dark Knight nerd, even I was totally satisfied by the range of vehicles presented in the Batmobile Manual. They’re all here, even the ride that Jason Todd tried to boost the tires from! I’ve completely fallen in love with this book. The fact that it includes Batmobiles created long before I was born, the ones I grew up with, and even the car featured in the latest movie, all mean that this could well be the most comprehensive Batmobile guide ever.

Add to this the fact that many of the illustrations have 3D cutaways of the vehicles’ engines and weaponry and the Batmobile Manual becomes a gift for car enthusiasts, Batman fans, comic book readers, and movie buffs alike. If you have any of those people in your life (I knew a few folks who cover all those bases), then buy them this book… they’ll thank you for it!

Dark Knight News readers can order items direct from the publisher and receive a discount of 25% by entering the code DKN25 at checkout!*

Images and Review Copy Courtesy of Insight Editions: ISBN 978-1-64722-329-8
*Discount information correct at the time of publication, may not include all products and is subject to change.