Reebok have revealed a new line of footwear inspired by DC Comics heroes and villains.

DC fans are invited to choose their side of the battle with a range of lifestyle and performance super sneakers. Characters featured in this collection include Batman, the Joker, Harley Quinn, Superman, Wonder Woman, and Lex Luthor (What, no Flash?? Not even running shoes?) Drawing visual inspiration from these characters, each piece of footwear uses materials that represent the iconic costumes each character wears. 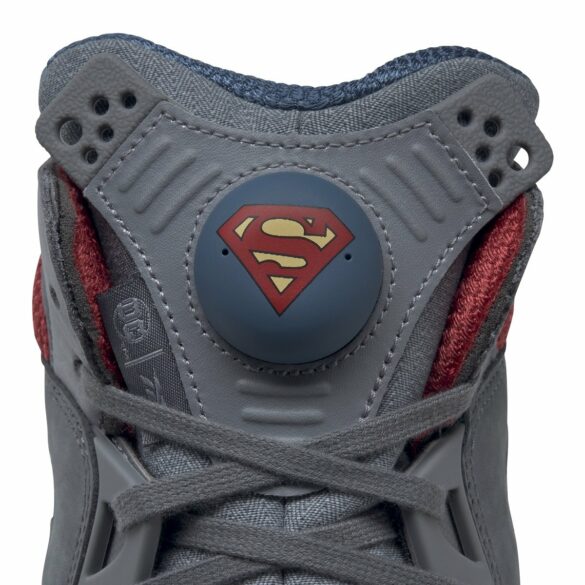 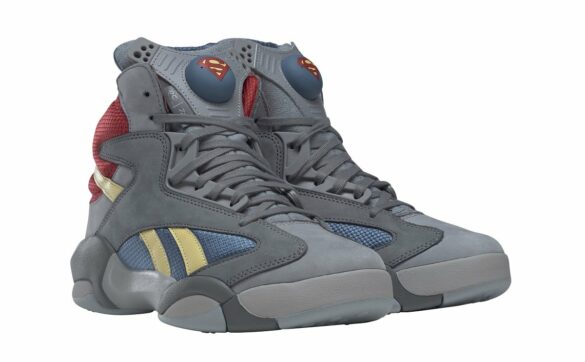 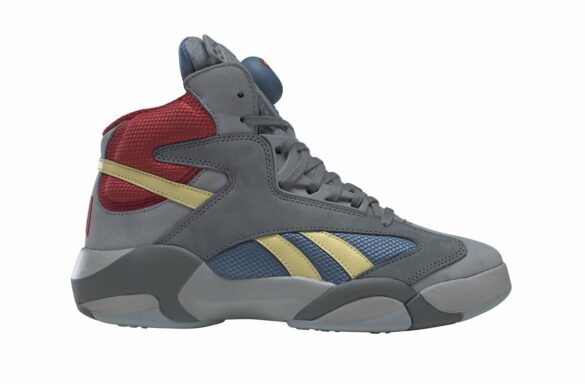 One of the biggest superheroes of all time takes over Reebok’s larger-than-life sneaker, the Shaq Attaq. Inspired by The Man Of Steel himself, this version of the shoe pays homage to some of Superman’s most crucial superpowers. There’s translucent hardware on the shoe that references his x-ray vision, and an ice outsole, signifying his cold breath. Available in unisex sizing from 5.5 – 13. There is also a Classic Leather inspired by Superman available in kids sizing. ($180). 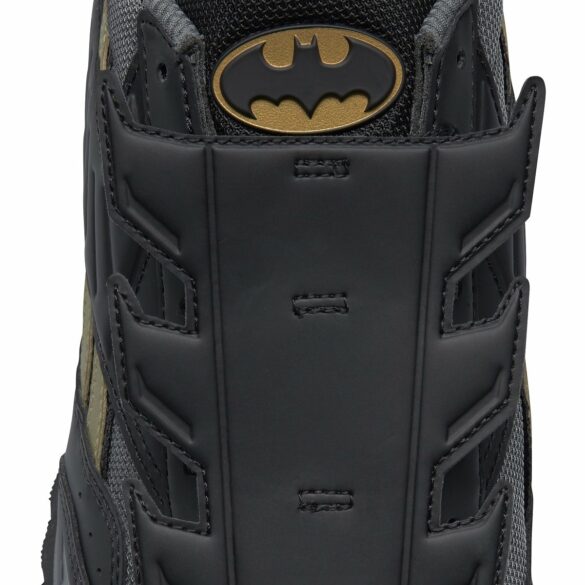 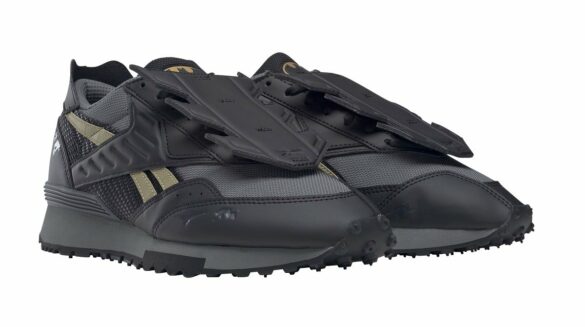 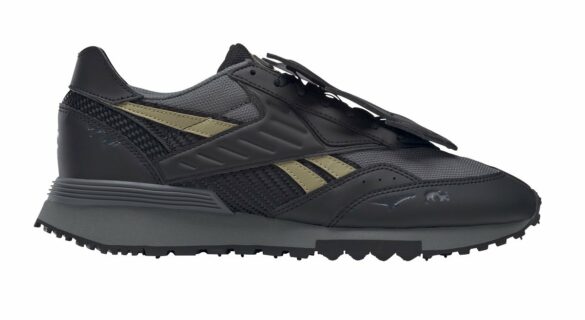 The reflective Bat emblem on the tongue of this LX2200 instantly gives away the Batman inspiration of this refreshed Reebok OG running silhouette. The sneaker embodies Batman’s impressive Batsuit through several details including the foam molded synthetics and debossing on the upper which represent the Batsuit’s molded and distressed armor, respectively. Available in unisex sizing from 2.5 – 12. ($110). 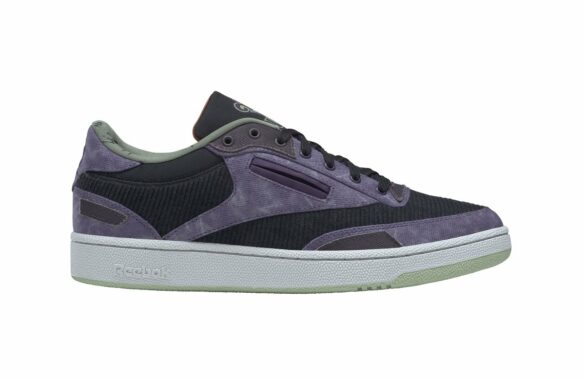 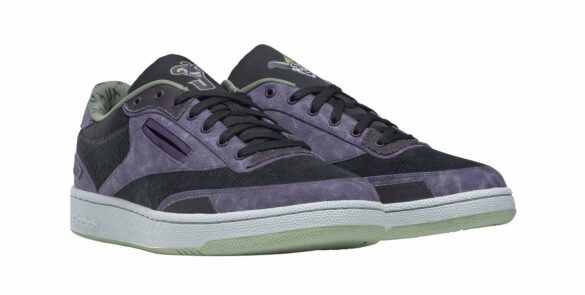 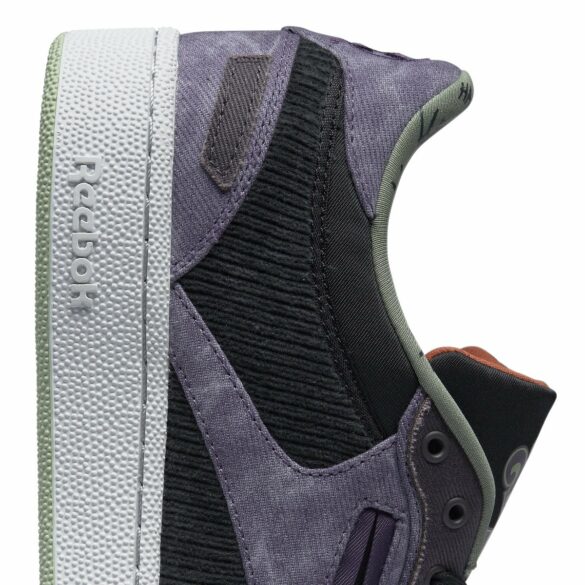 The Joker brings chaos to the Club C85. The inside of the shoe is covered with graphics referencing his ear-piercing laughter. The tear-away pieces of fabric on the upper represent the many devious layers of his personality.

The tongue also features a hidden joker that one can remove and use as their calling card. Available in unisex sizing from 2.5 – 12. ($110). 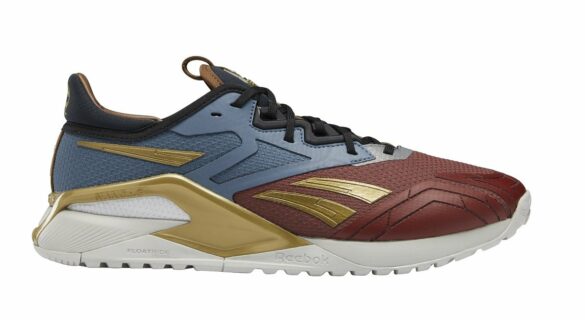 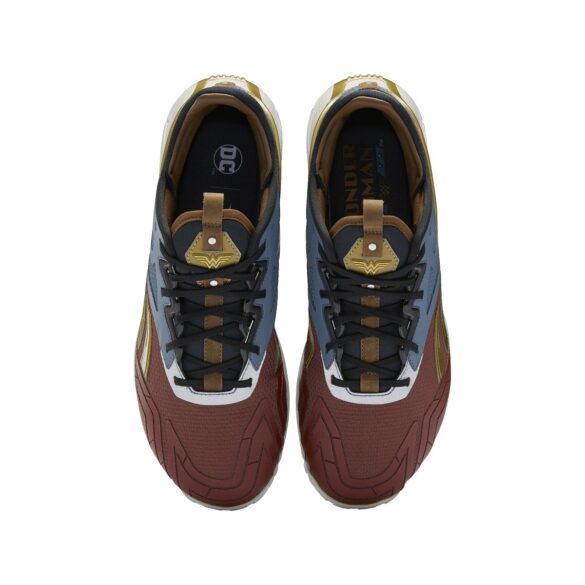 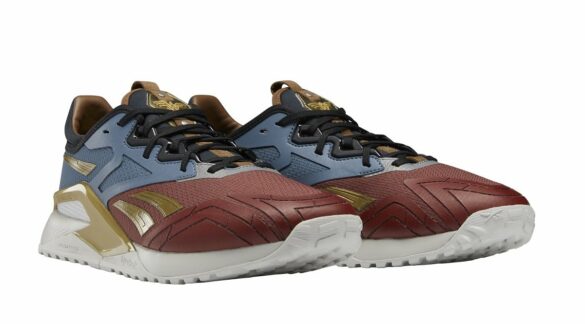 The Nano X2 shoes are based on Wonder Woman’s movie armor. The costume dictates the design of this version of Reebok’s most versatile training shoe yet. The upper of the shoes incorporates a reflective light creating a similar effect to Wonder Woman’s deflecting bracelets and the rest of her suit’s legendary construction appears on various leather and metal accents. They gifted the wearer with an extra set of reflective laces that are emblematic of Wonder Woman’s signature lasso of truth. 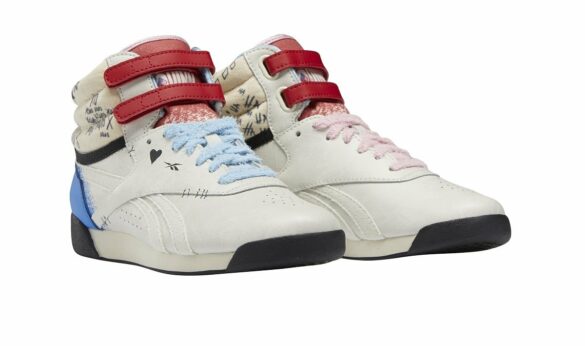 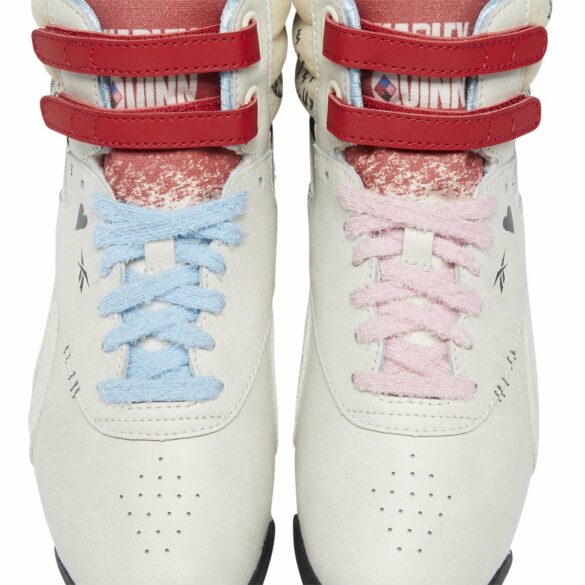 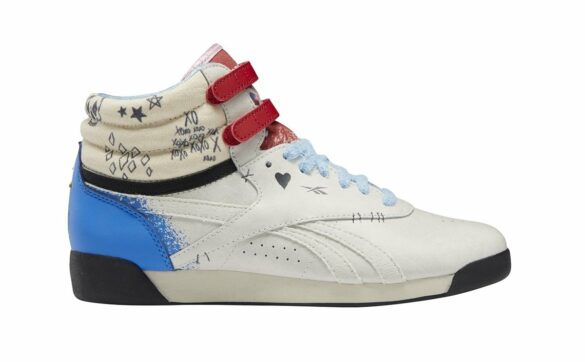 The formidable Harley Quinn inspires one of Reebok’s most iconic female silhouettes, the Freestyle Hi. The upper includes graphics that reference a range of her accessories from her legendary mallet to her roller skates.

Bleeding from the heel to the white upper is a deep blue, very similar to the design of her favorite shirt. Available in women’s sizing 2.5 – 8.5. ($100). 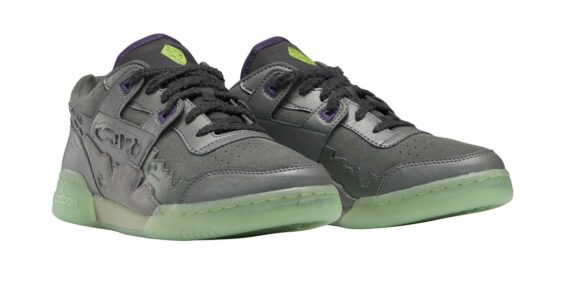 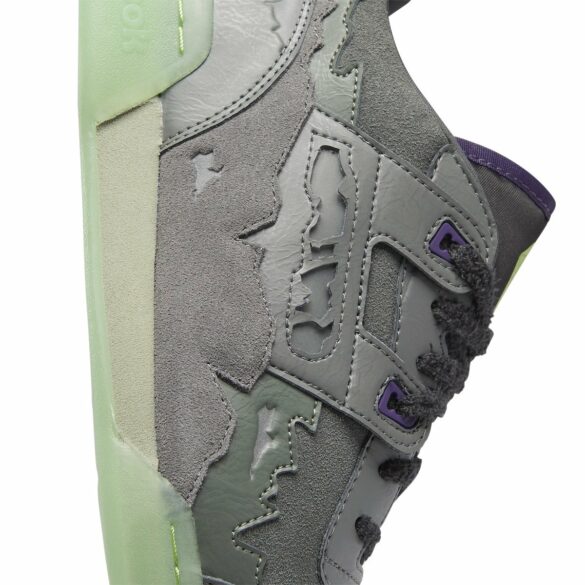 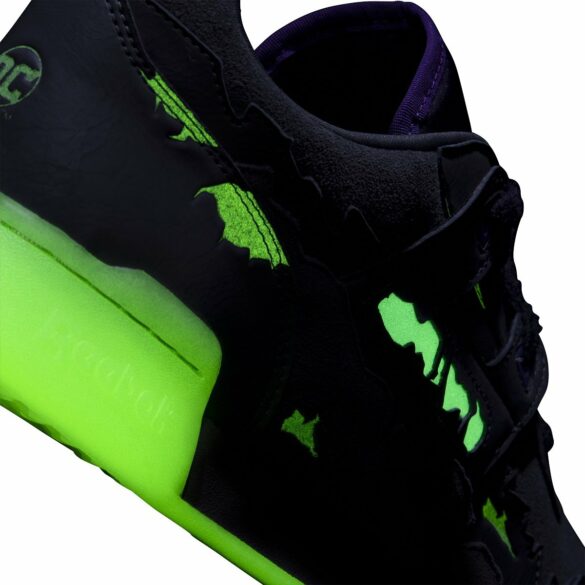 This glow-in-the-dark version of the Workout Plus brings Lex Luthor’s toxic kryptonite suit to sneakers. From the glowing outsole to the cracked, glow-in-the-dark edges on the upper the shoe is sure to make the wearer feel invincible. They finished the silhouette off with a ring lace dubrae that mimics the super villain’s powerful green kryptonite ring. Available in unisex sizing 2 – 14. ($100).