Actor and filmmaker, Kevin Smith, has shared some of his memories of the beloved Kevin Conroy, tearing up as he recounted how the star molded and changed his life.

We tragically lost Conroy earlier this month after battling cancer, and many fans and co-workers have since taken a moment to express their grief at losing such a fantastic person.

Kevin Conroy first voiced Batman in 1992, in the now legendary Batman: The Animated Series, and then in more animated films, TV shows, and video games, like the Batman: Arkham series. Conroy quickly cemented himself as the voice of Batman that fans can recognize anywhere. 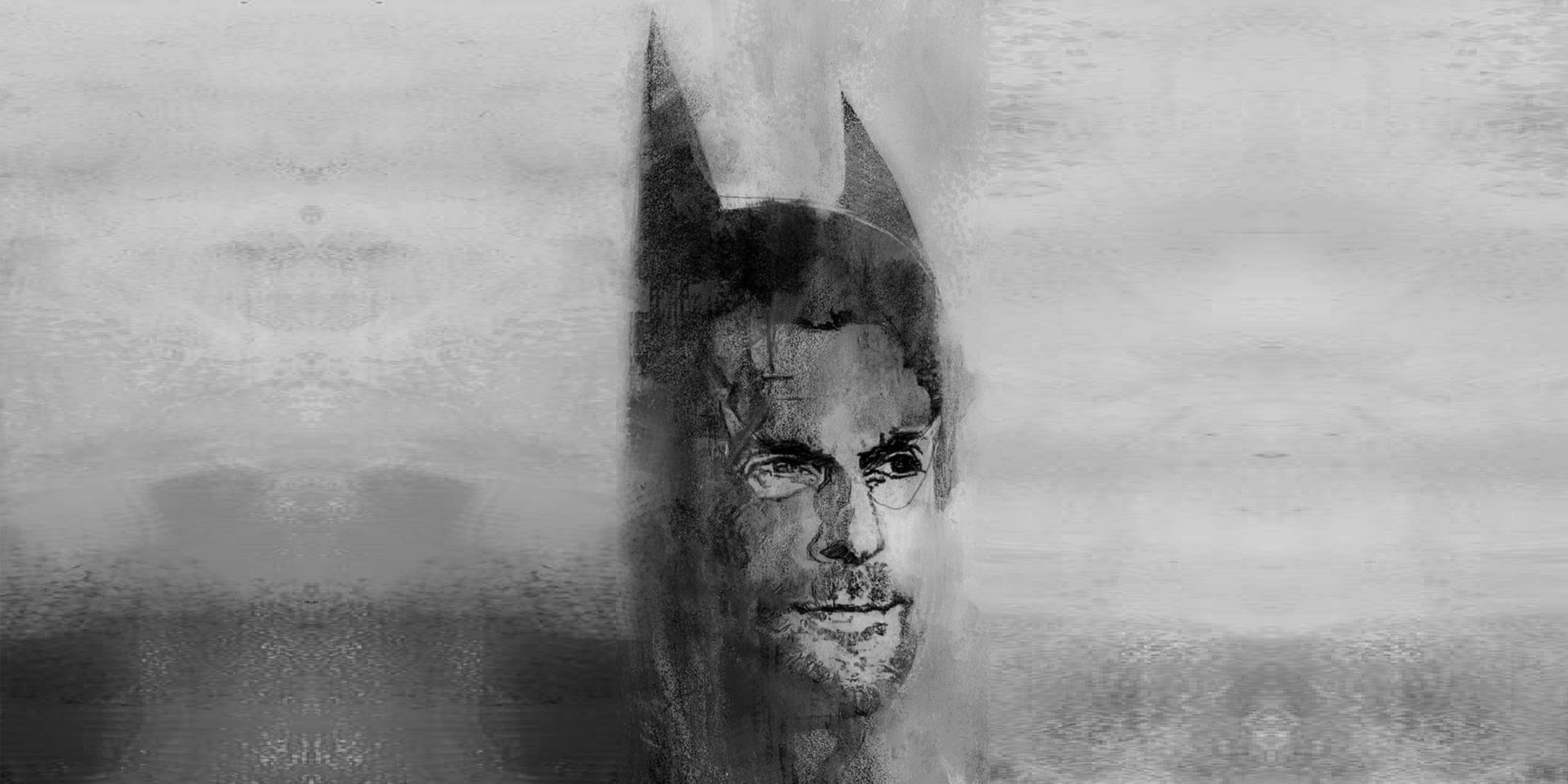 Kevin Smith got the chance to work with Conroy making his films Jay & Silent Bob’s Super Groovy Cartoon Movie, Yoga Hosers, and Masters of the Universe. During a recent live appearance, posted on YouTube by The Clerks III, a fan asked Smith to share some of his Kevin Conroy memories:

I first watched the Batman animated series like everybody else, well everybody else who was alive when it was on. When it first started airing on Fox, they did it as a primetime show first, then it moved to the afternoons.

As a comic book-loving kid, as we all know, that still remains one of the absolute best representations of Batman and Gotham in any media, across all forms. That voice, the voice of Batman, as portrayed by Kevin Conroy, and of course, Bruce Wayne, he does Bruce Wayne as well, became the voice very quickly, within a year, became the voice that I heard whenever I read a comic book, because he became the definitive Batman.

I knew him first as a fan of the man’s work, and then thanks to the s**t that I do for a living, I wind up gravitating toward and circling people that I admire, and we kind of work in the same field, and I’m very fanboy-oriented. So, people find out I like a thing, and we wind up sort of in the same circles.

I’d known Kevin for a few years, I’d met him at a con and stuff like that, very briefly, always deferential to him. I knew he was a big theater kid, Broadway guy, and I knew I wanted to get him when I started Fatman on Batman, the podcast, to come on. We went to New York to record him at the studios where they did them all, we had to rent the place, rather than make him go down to Jersey or drag him out to California.

I met him, he’s a tall, f***ing wonderful guy, but I remember the first time I saw him, I was like, “That’s Batman? That voice comes out of that guy?” The voice of steady stability, the voice of justice and comfort, because he could easily dial it up to, “I could beat the s**t out of you for stealing that purse,” or, “I’ve got you, it’s okay,” the voice of comfort in the moment of the worst possible time of your life.

So, he came in, and we did a whole show, and he’s absolutely wonderful, I think we’re putting it up this week, it all went up behind a paywall years ago, but we’re going to put that up for everybody this week. But in the episode, I was going through some s**t with Red State, a bunch of people were like, “You’re a f***ing idiot,” blah, blah, blah. So, I asked him very pathetically, “Can you tell me that I’m doing okay, as Batman?” And he f***ing took it so seriously, he put on the Batman voice and literally said everything I needed to hear, particularly at that moment in time.

People on the podcast loved it, but what people didn’t know was I clipped that off, and it was on my next three phones. Whenever I was at my lowest, I would f***ing pick it up and Batman would be like, “You’re doing the right thing, Kevin.” He was a magic f***ing man, he came in and played, if you’ve ever seen Yoga Hosers, a quick scene. You can skip the movie, you can see it in the one tweet I put up the other day. But he came and played, and he was so lovely, I introduced him to everybody, “He’s done many things, but he’ll forever be known as this guy.” And everyone went nuts and s**t, and he was like, “I am the night!” It’s really, really sweet. 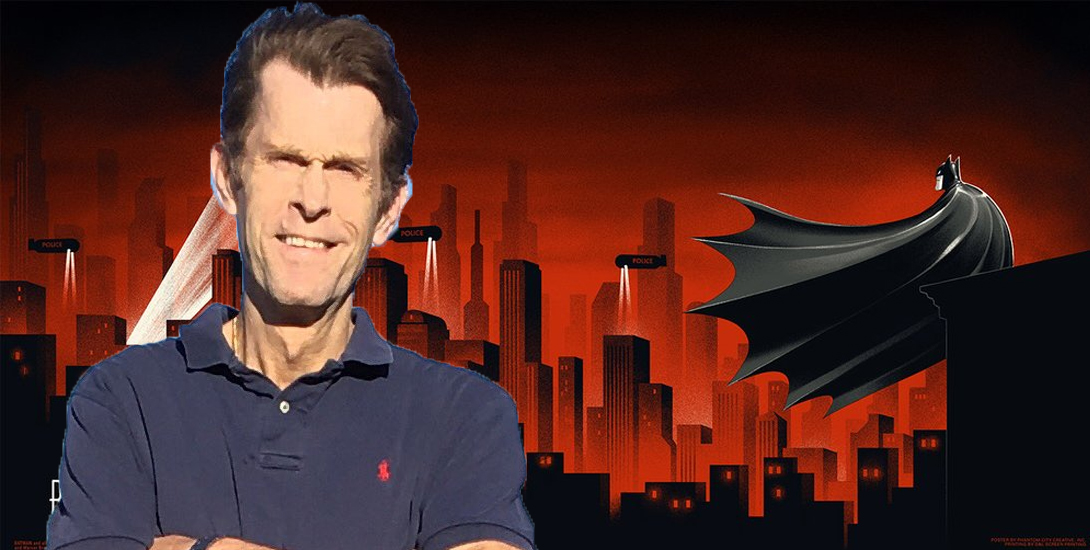 I was just having a text conversation with him like two weeks ago about coming to SModcast, I had sent him an email, because I thought I had his number, but it was a different Kevin Conroy, so I sent an email instead. I never check email, and said, “Hey, man, I’m doing a bunch of things, why don’t you come to SModcast, and we’re gonna f***ing watch the episodes of Batman that made me cry, and we’re gonna talk about them?” One of them is the Justice League episode where Ace of the Royal Flush Gang dies, that always circulates on Twitter, it’s always insanely f f***ing moving.

So, I was like, “We’re gonna pick the f***ing ones that make us cry, we’re gonna sit down and f***ing do a retrospective.” I didn’t hear from him, and then he texted me out of the blue and was like, “Did you get my emails?”, “I’ve been a little under the weather, but I would love to come to the theater and do that. Let’s aim for the beginning of 2023,” and I was like, “Okay, Batman!” And then, f***ing… the people I work with at Masters of the Universe, because he was Mer-Man for us, texted me early the other morning and was like, “Kevin’s gone.” I f***ing ran to my emails to read what he had written.

It sucks losing anybody that’s exceptional at their job, right? Let’s just start there, the man was exceptional at what he did. It sucks when you lose the ones that are beautiful human beings, that guy was such a good guy. So, I’ll miss him forever, I’m lucky to know him at all, and more importantly, I was lucky to have him as my Batman in my lifetime. I’ll hear his voice from now until the end of time, he did his job so f***ing good that even when Kevin is gone, he’ll always be in my head whenever I read f***ing Batman.

For 30 years, Kevin Conroy voiced the Caped Crusader in several different mediums, even being offered to play Bruce Wayne in a live-action role for the CW’s Crisis on Infinite Earths 2019 crossover event before he passed. With so many years put into voicing Batman, we will be able to rewatch and play Conroy’s version of the Dark Knight for a long time to come. We won’t let his legacy fade away any time soon.