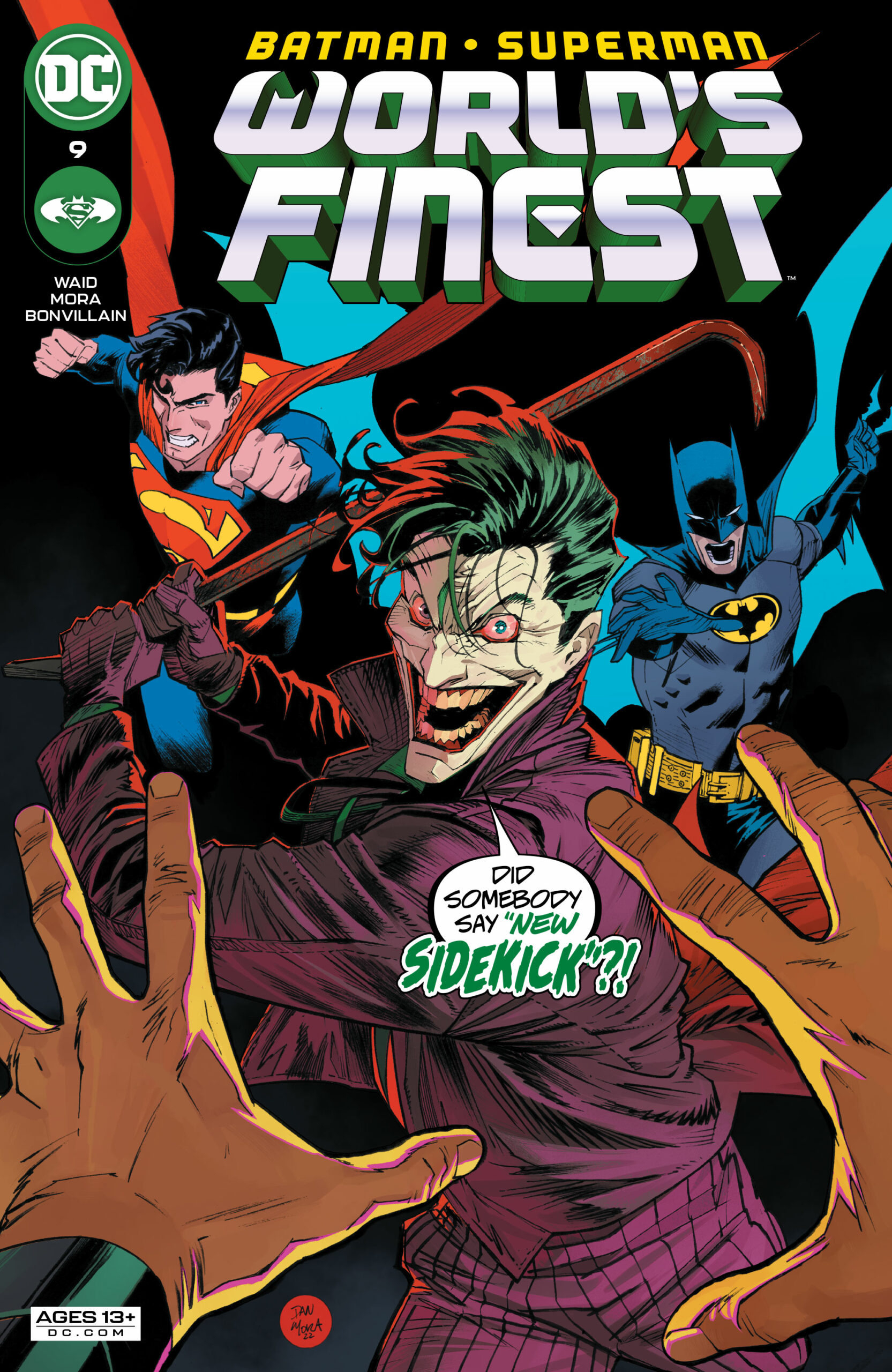 As Boy Thunder struggles as a fledgling hero, dark enemies conspire against him in this month’s Batman/Superman: World’s Finest #9.

David (aka Boy Thunder) can’t seem to catch a break. When he tries to help Batman subdue a criminal, the Dark Knight chews him out for ruining the element of surprise. Then when he helps liberate a ship from pirates, Superman has a go at him for endangering the life of a villain. It seems that poor Boy Thunder can’t do anything right. 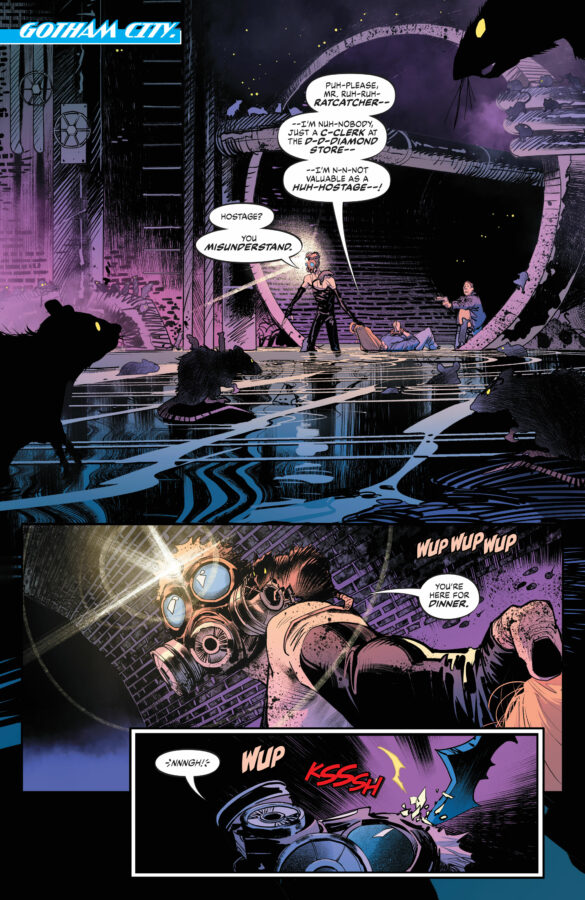 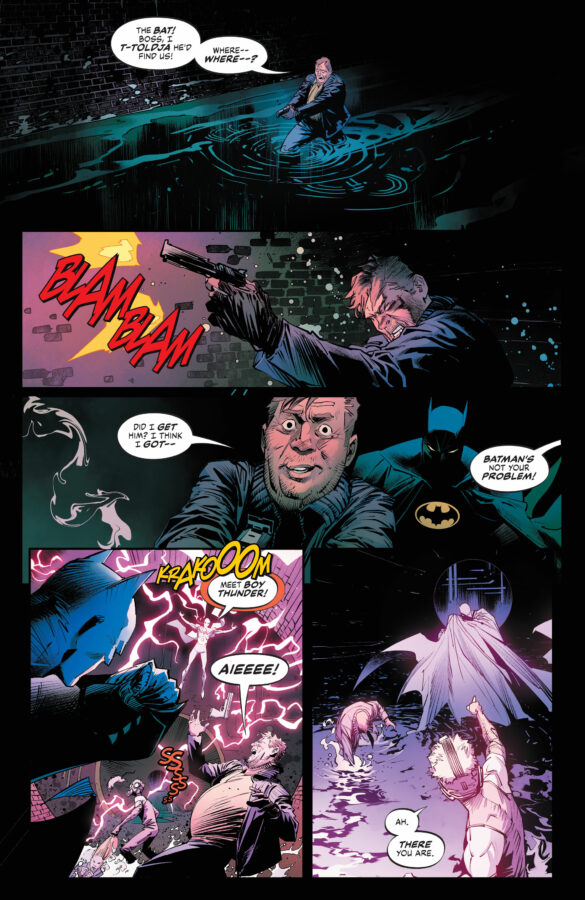 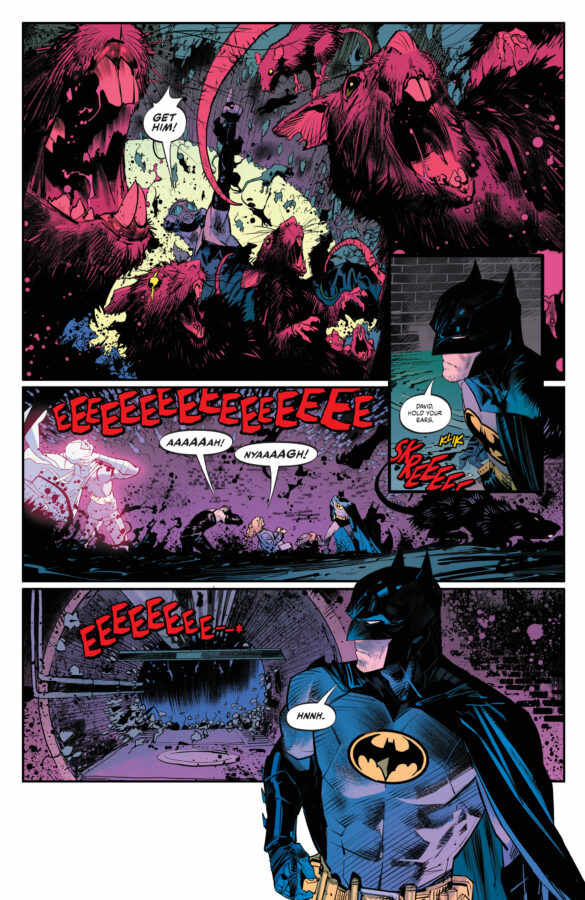 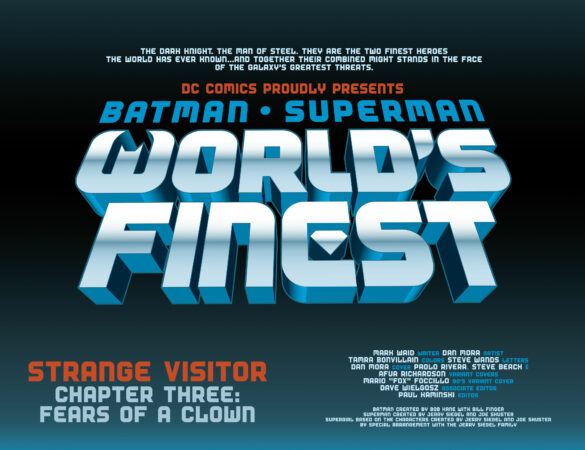 However, our heroes don’t have time to deal with David’s shortcomings, as The Key and The Joker have unleashed mayhem in Gotham, causing a flood that threatens the lives of everyone in the city.

What Does the Boy Thunder Say?

The more I read about Boy Thunder, the more I enjoy his character. He’s a complicated individual that’s also a twist on the Superman archetype. Waid does a great job fleshing out David’s backstory in this issue, adding an extra level of pity and humanity to the already struggling teen. He reveals to Superman that he feels guilty for his parents’ deaths, and frankly, I understand why (don’t worry – I’m not going to tell you; you’re just gonna have to read the book).

Between the guilt and the trauma he’s endured and the unusually harsh criticism he receives in this issue, it’s hard not to feel for the guy. That brings me to my biggest fear: what’s Waid going to do with this character? Since this book is set in the past, it’s clear that something happens to him as he’s nowhere to be found in DC’s present day. Plus, Waid’s cliffhanger doesn’t bode well for this new hero. I’m not going to lie – if Boy Thunder dies, I’m not going to be a happy camper.

As always, Dan Mora’s art is astounding. He’s quickly rising up the charts in my estimates as one of the best pencilers on DC’s payroll. In this issue alone there’s a page that homages both Detective Comics #27 and Superman #1 (both 1939). However, what particularly stuck out to me in this issue is Tamra Bonvillain’s colors. They are utterly fantastic. I especially liked how she handled the first few pages, which feature a sewer scene in Gotham. 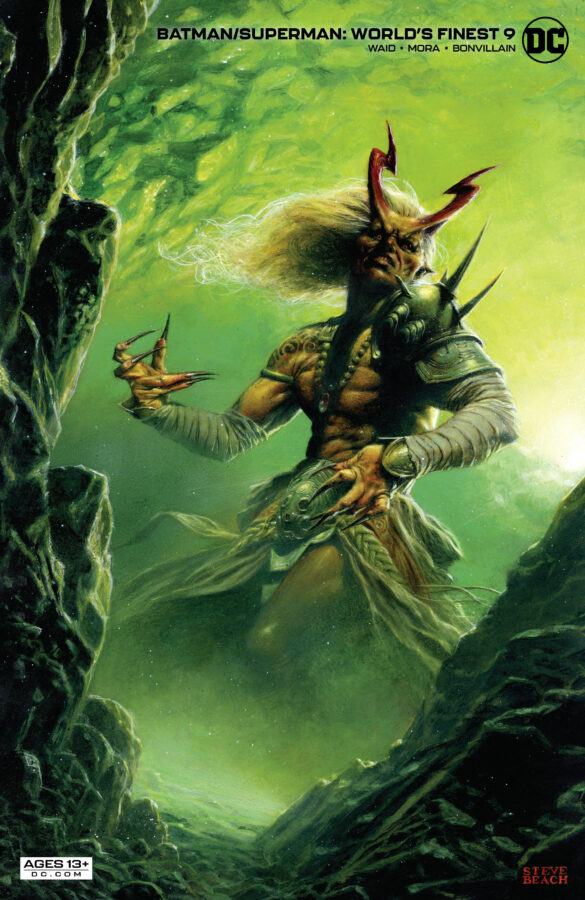 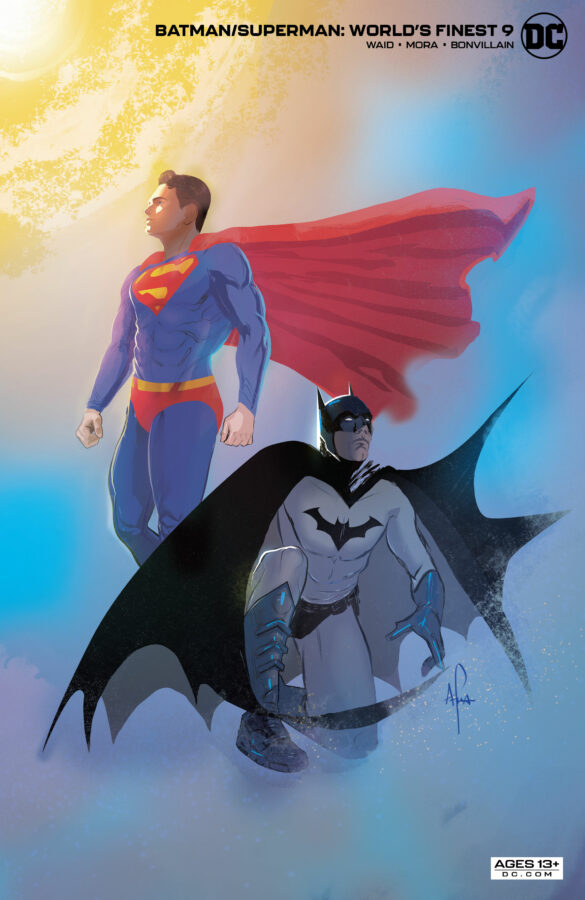 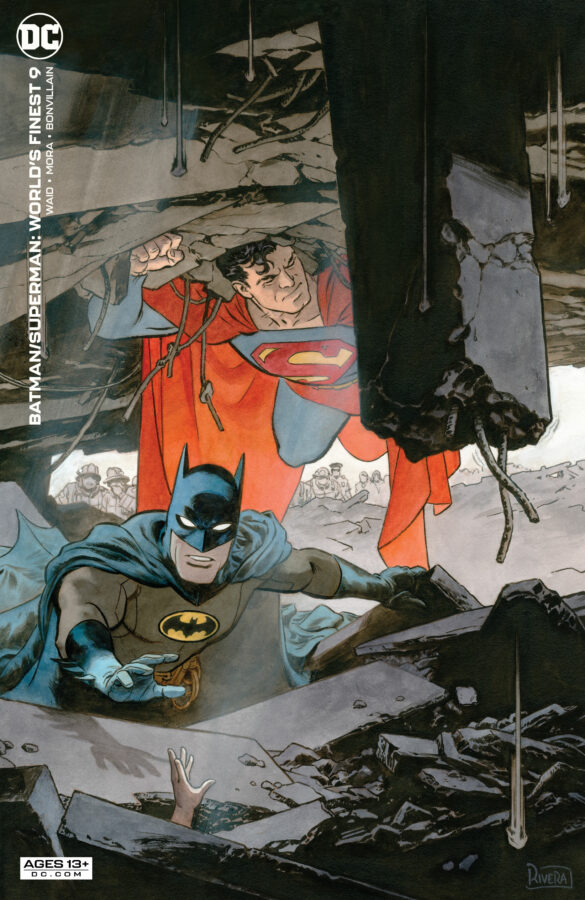 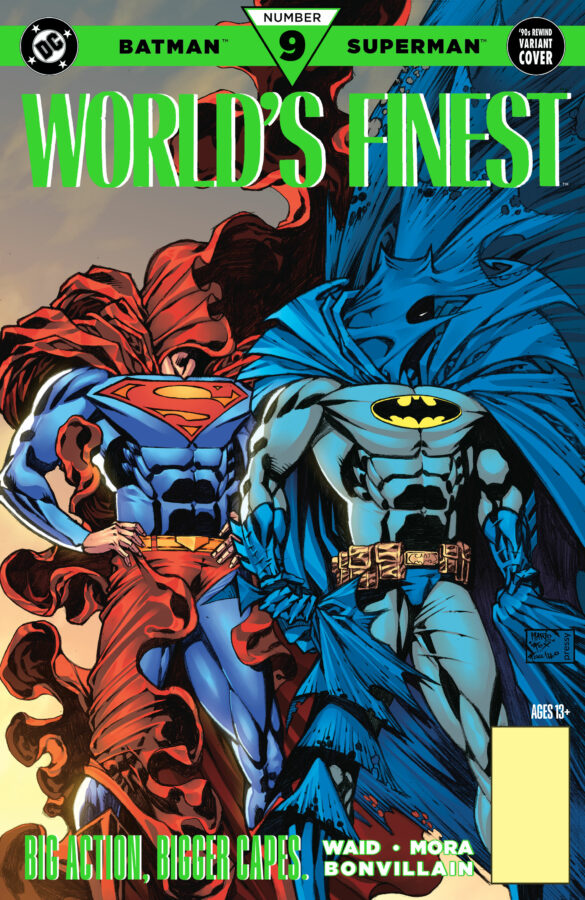 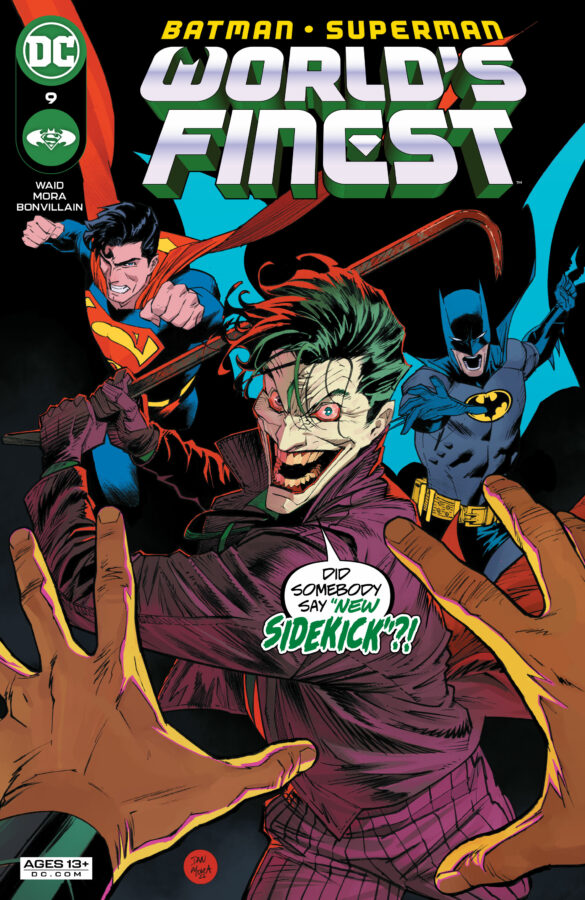 Between Mora’s line-art and Bonvillain’s colors, the scene vaguely reminds me of Francis Manapul’s work. In fact, I had to double-check at one point to make sure that he wasn’t credited on the title. Anyway, Bonvillain’s work is rich, adding a menacing ambiance to the opening sequence of the issue. She’s an amazing addition to an already [email protected]$$ art team.

Batman/Superman: World’s Finest #9 is just one more impressive issue in what’s literally become my favorite title at DC. Waid’s script is as fun as ever, adding some human elements to the Silver Age shenanigans embedded in the series. Dan Mora and the team are just artistic rockstars, to my mind there isn’t a better-looking book at DC right now.

Final Verdict: I cannot find anything wrong with this issue.