“Knocked The [email protected](# Out” 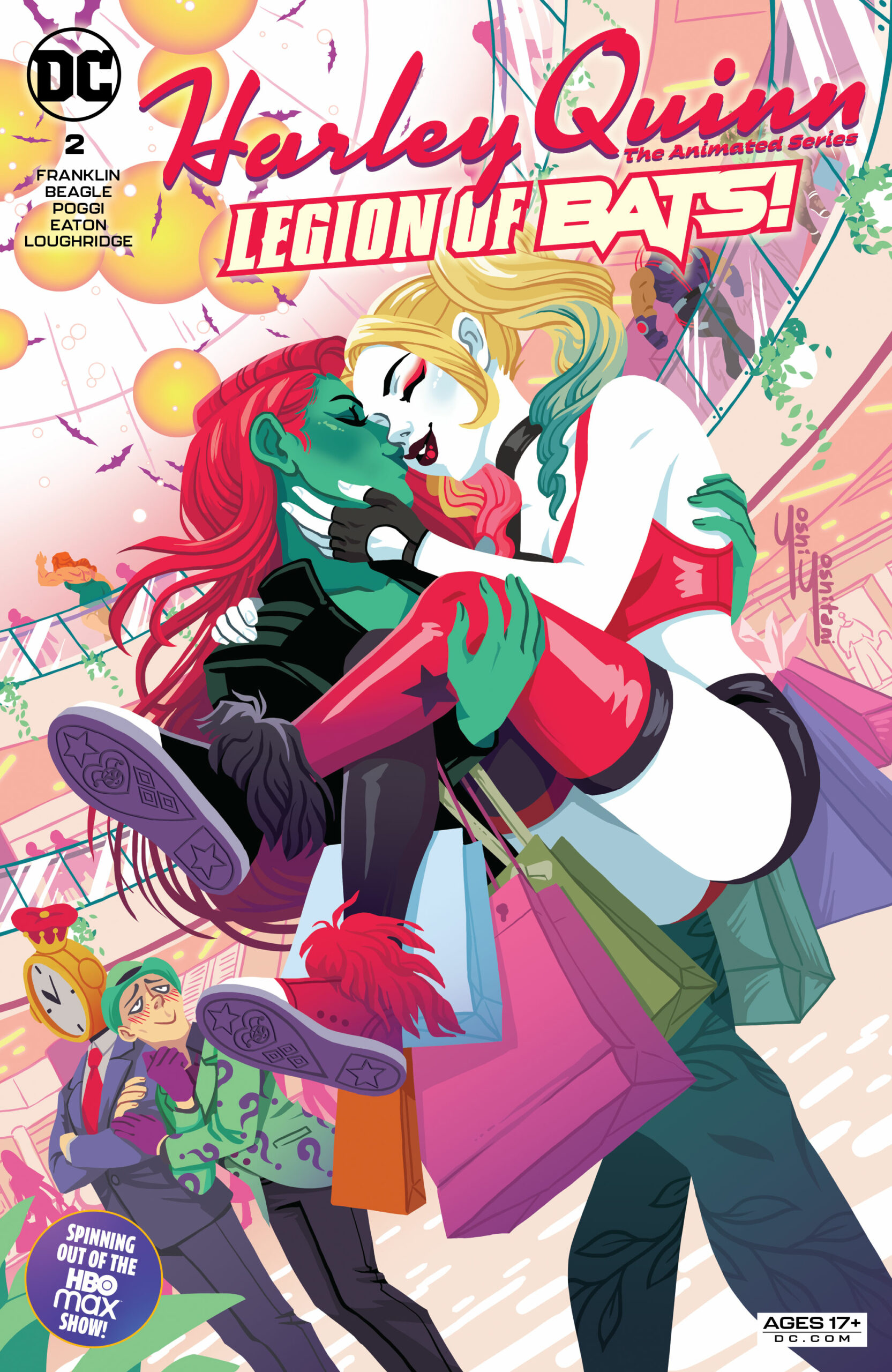 Harley Quinn: The Animated Series – Legion of Bats #2 is out giving all of the good feels.  From the cute covers, full of Easter egg deliciousness, to a truly catty scene not featuring Selina. The audacity!

When leaving off in the first issue, Harls was stuck between telling Ivy that she feels like she is more than an antihero…and a blast from Ivy’s past coming to call.

Let’s just get right into it! 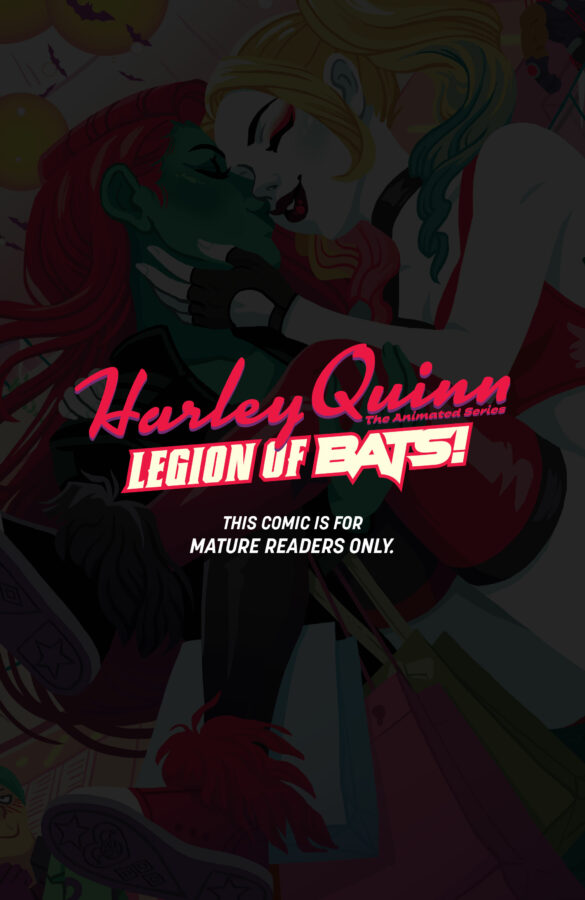 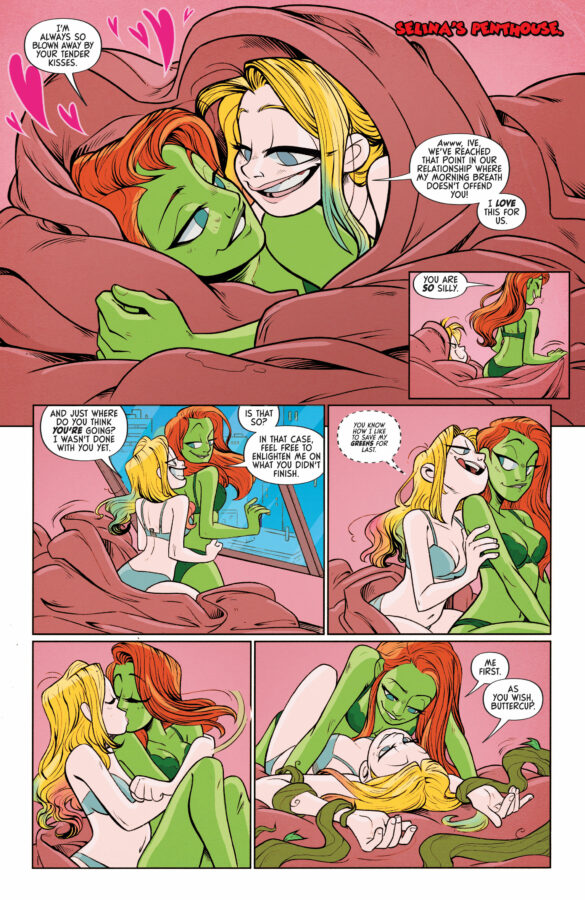 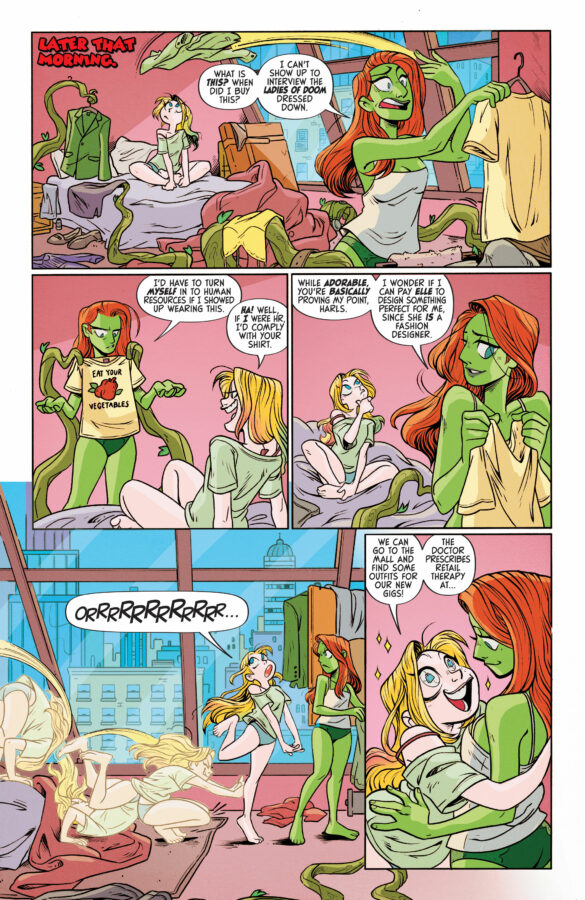 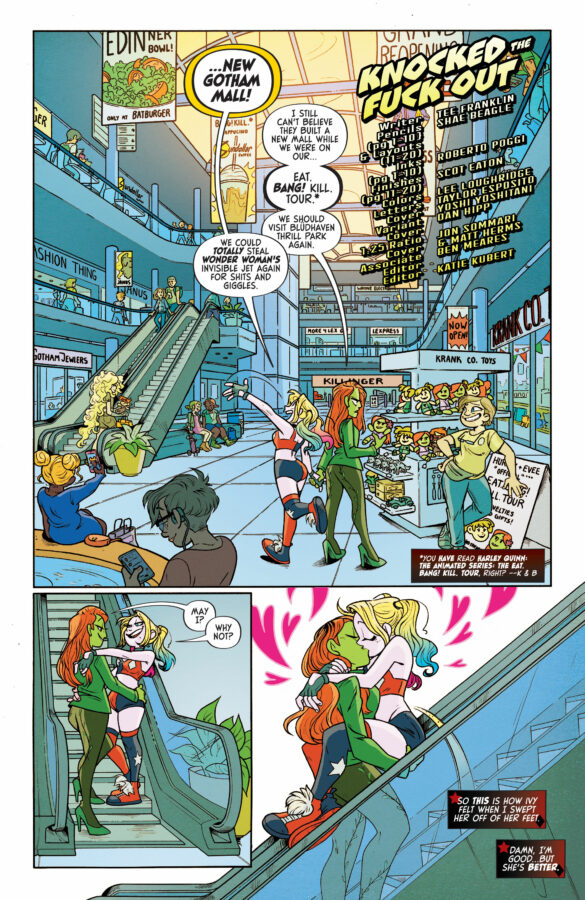 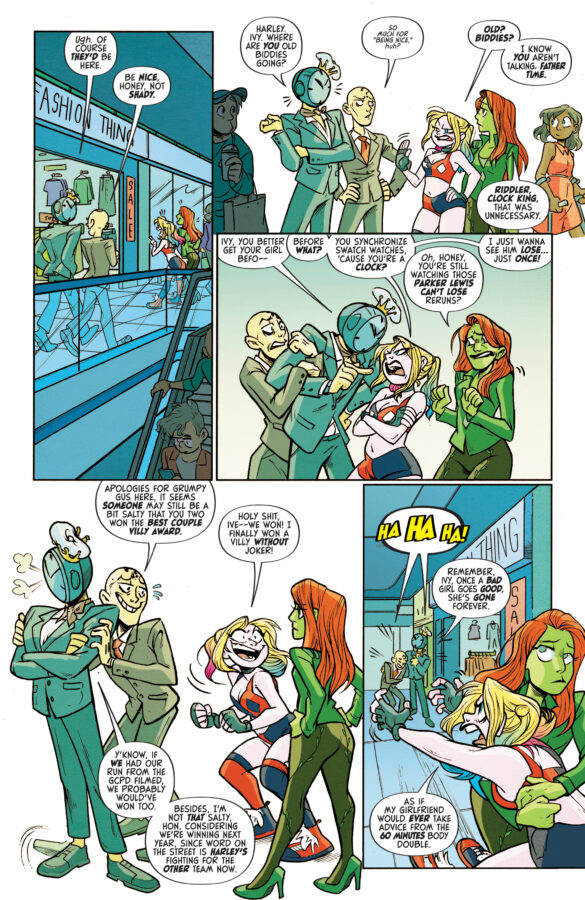 Thriving in the afterglow, Harley and Ivy are taking full advantage of each other’s company. Pillow talk soon leads to discussion of a change in appearance. New looks to suit their newest goals in life. What better place than the New Gotham Mall to find Boss B*tch apparel to boost the ladies’ confidence?

Along the way they run into Riddler, Clock King, a Virtual Try-On montage, and many new and some old friends. What these events will unfold into and what each of the new paths means for Harley and Ivy is just as important for them together as it is separately. It seems that our girls have some bumpy roads ahead of them.

Tee Franklin knocks it out of the park from a writing standpoint. There are many plots up in the air, just like in the Harley Quinn Animated Series, but they transition perfectly.  The art team of Shae Beagle, Roberto Poggi, Scot Eaton, and Lee Loughridge come together in the best of ways. The artwork gives us the essence of Harley and Ivy’s relationship in a way that only images could portray. 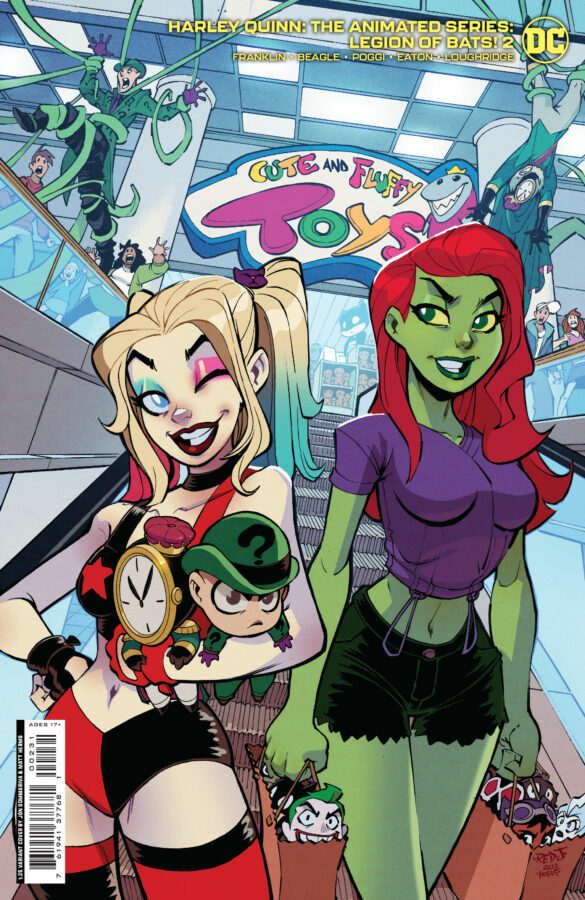 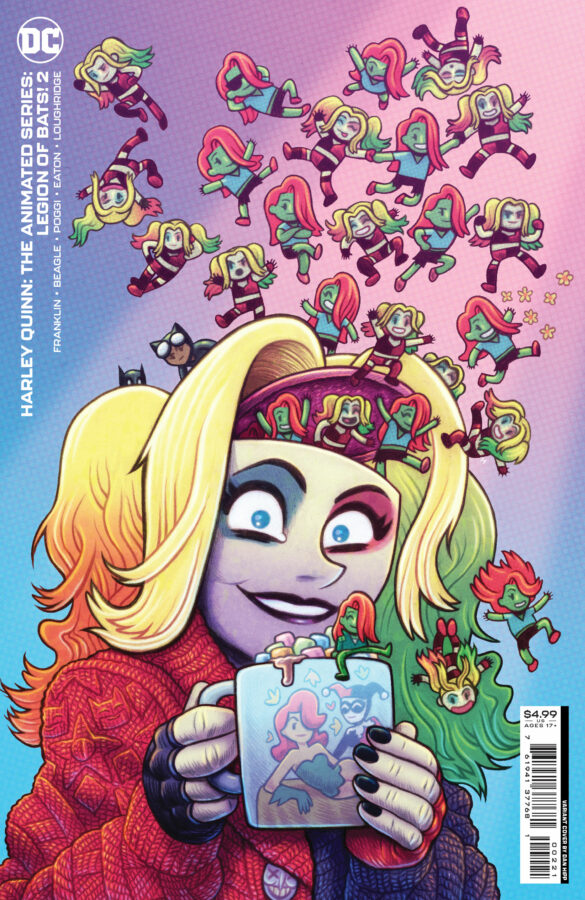 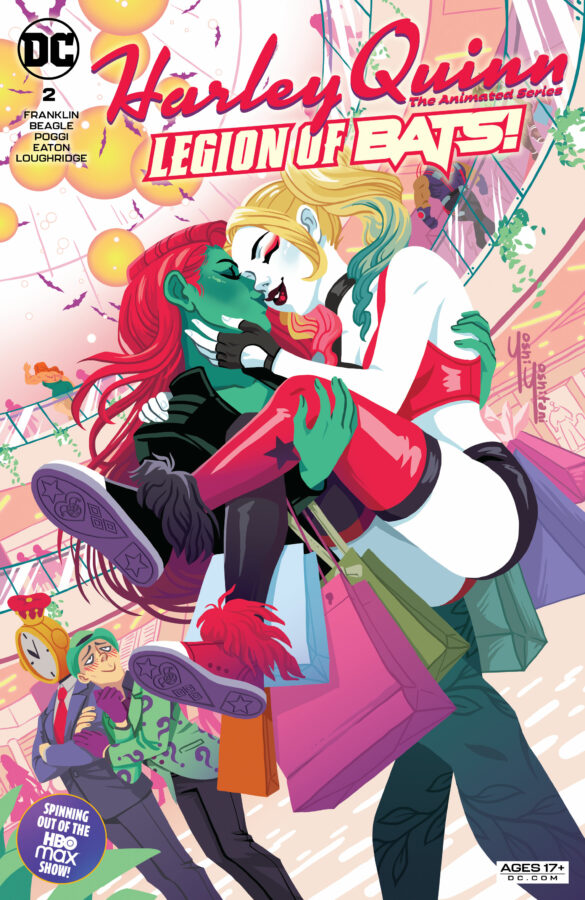 As always Harley Quinn: The Animated Series – Legion of Bats #2 also gives us a selection of covers to choose from that each has their own charm. Talents like Yoshi Yoshitani, Dan Hipp, Jon Sommariva and Matt Herms all lead their creative mediums to grace us with charming covers.

For a comic series that takes its lead from an established story line with predisposed personalities, I am beyond impressed. It’s witty, charming, and holds some of the soul that makes the animated series so enjoyable. All of that, plus all the little details, make such a big impact. I wholly recommend this series as a pickup just for the sheer enjoyment it brings.