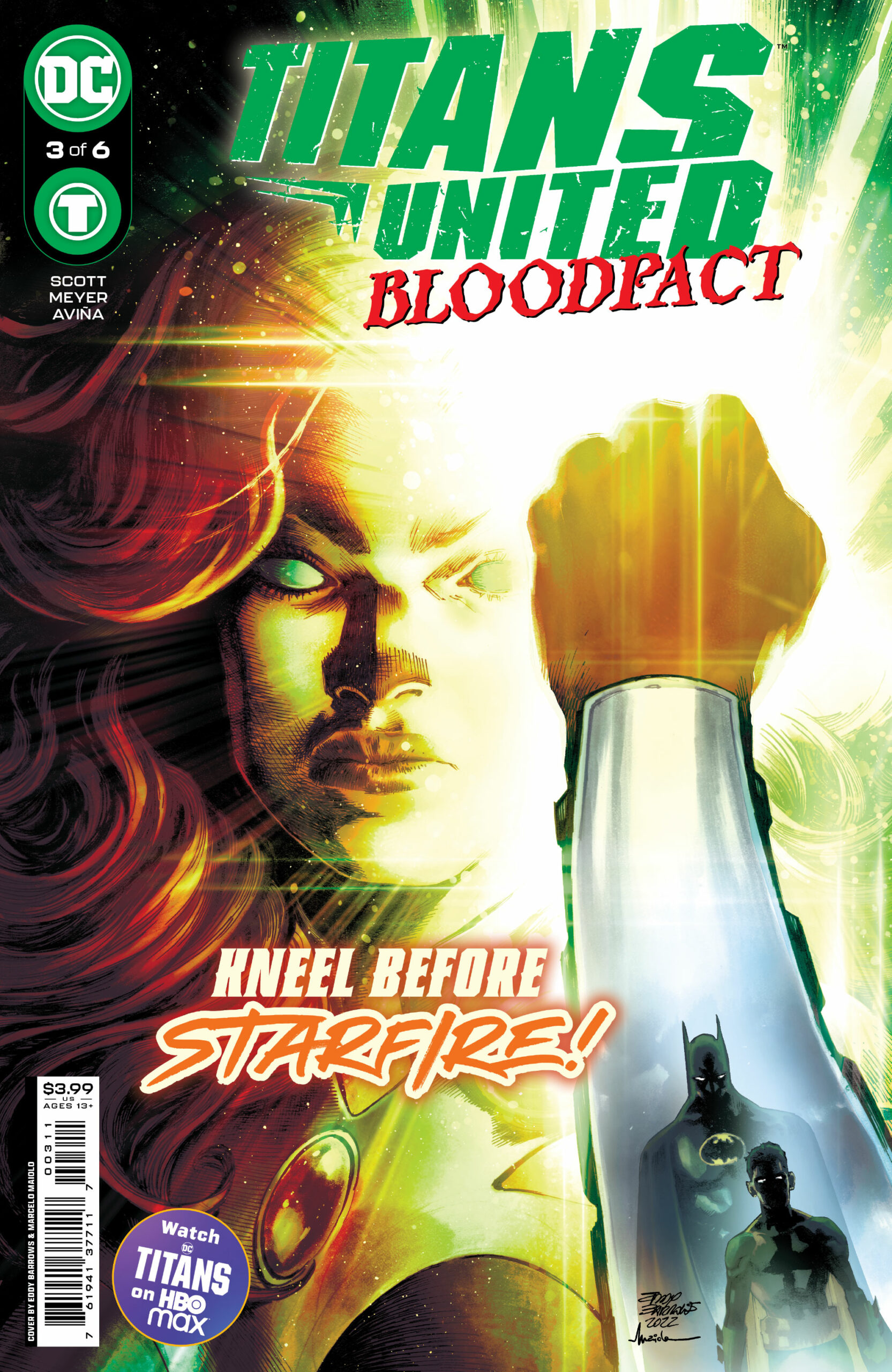 Titans United: Bloodpact #3 continues the high-paced “What is going on?!” story for the Titans. Can Tim find his way home? Will Dick get slapped? Is Raven a god?!

Kiss With a Fist

Starfire is an evil servant of Brother Blood and the Raven God; she’s killed many and decimated rebellions. How could she possibly be snapped out of this evil trance? Enter Dick Grayson, man about town. For those of you who don’t know, when Starfire first landed on earth, she learned English/Earth’s native tongue, by kissing the first person she saw (Dick Grayson), who was still Robin at the time. 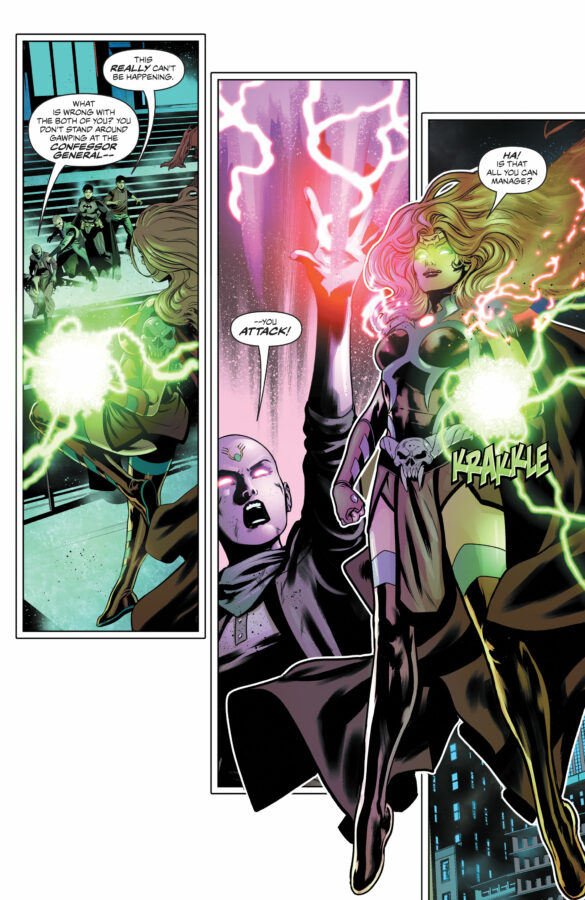 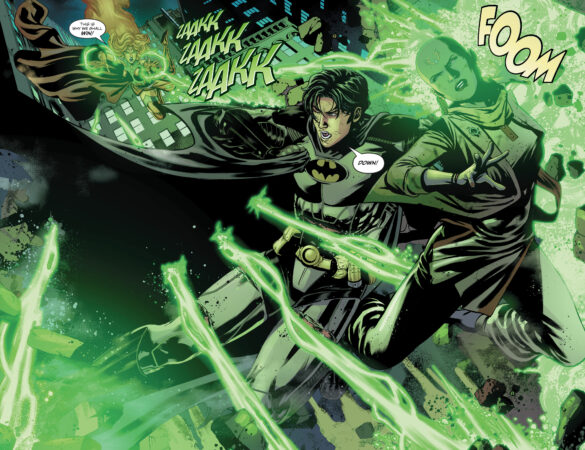 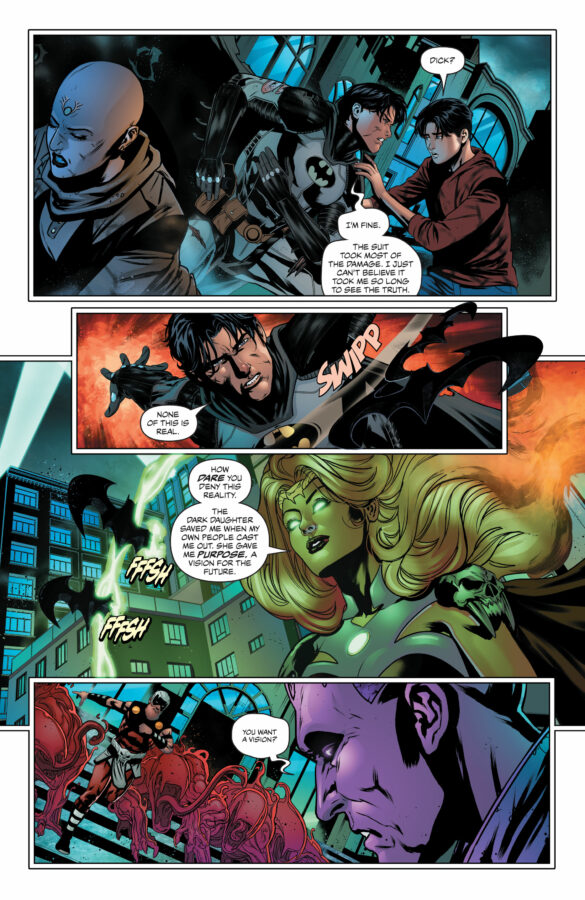 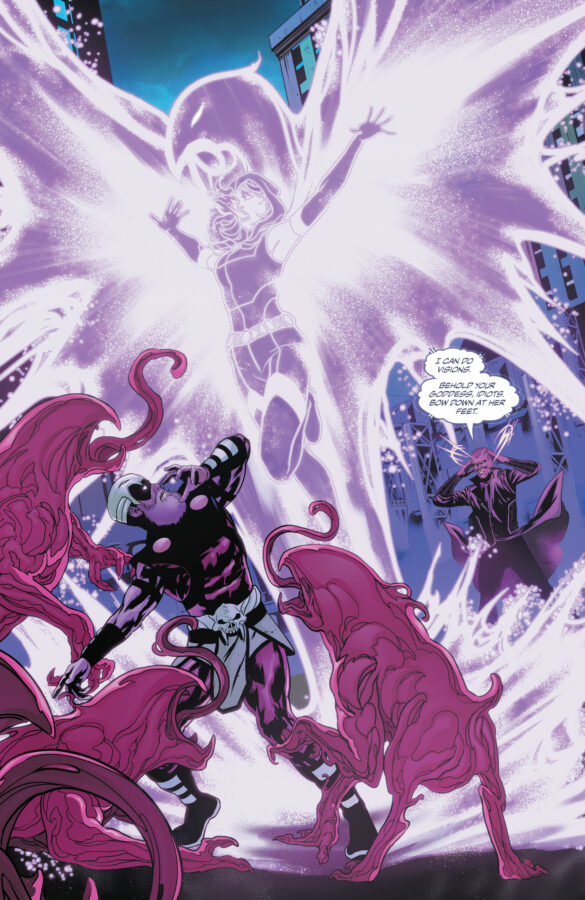 Last issue, Psimon, used his powers to help Tim Drake convince Dick he was from an alternate reality, but with the villain now incapacitated (or dead), Dick did what he knew and gave Kori the kind of kiss that would make anyone want to rethink their life choices.

In this issue, we finally get to see a bit more of the Goddess of Azarath. The art is phenomenal, and even though the writing felt a little bit clunky at times, the overall story was great. I love seeing alternate versions of these characters so have started treating this situation the Titans are in like Flashpoint. Something happened, the world has changed, and they need to find a way to save it and fix it. 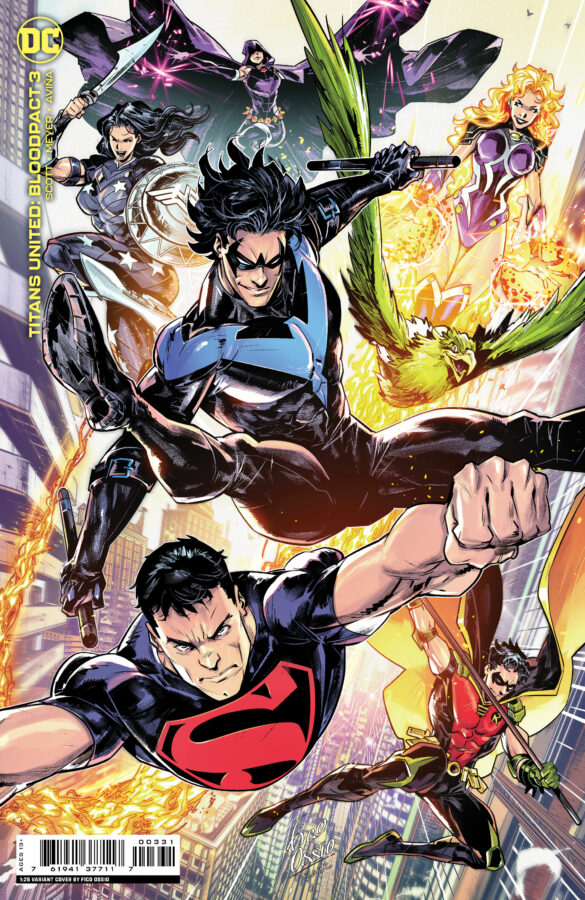 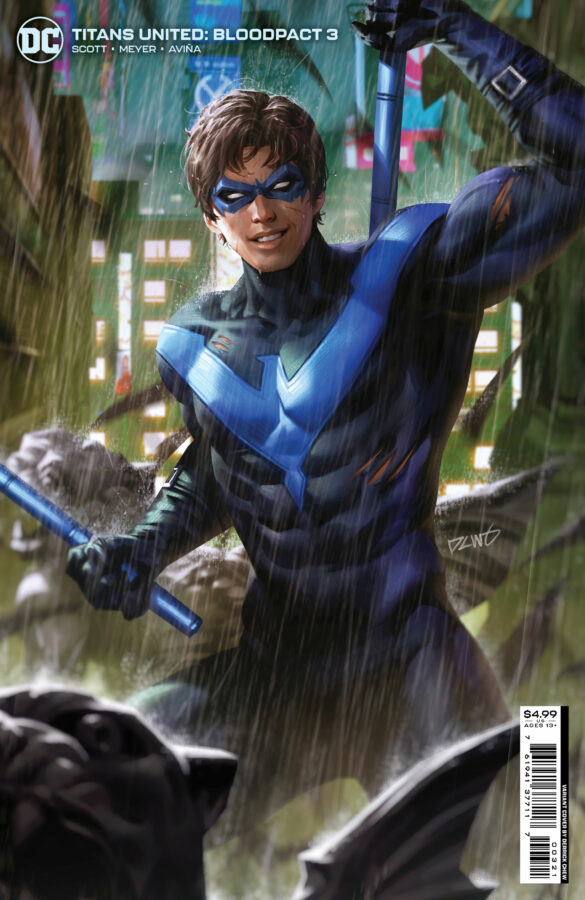 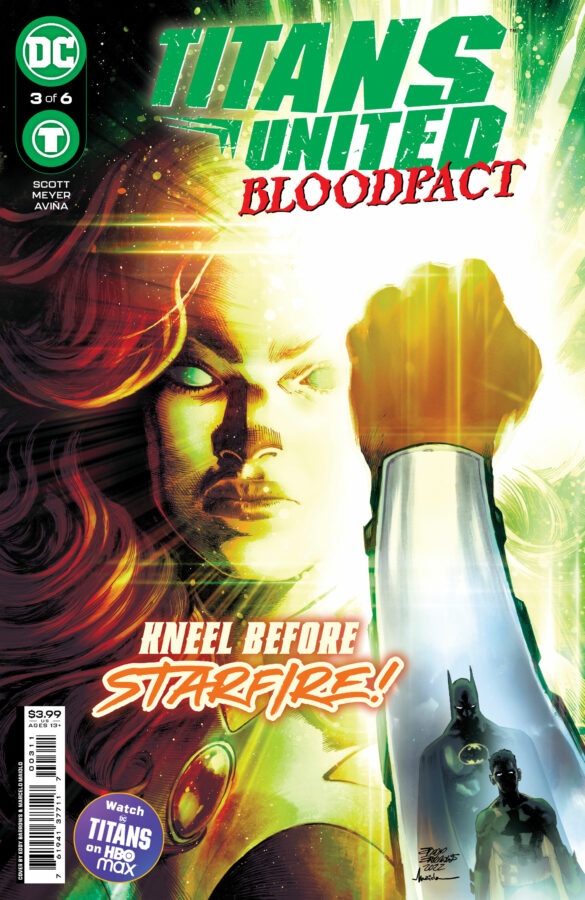 It does have elements of Marvel’s House of M too, with Raven taking the role of Scarlet Witch and Brother Blood taking the part of Magneto. In this issue though, Brother Blood really does show his vicious side and reveals a small glimpse of his power. This is something that’s often been overlooked by the ‘Victory will be mine’ type villain he is.

This comic was beautiful to look at, with lots of little teases and nods. I for one am really getting into this story! Titans United: Bloodpact #3 is a beautiful issue that really pushes the story forward in all the best ways. I hope that Titans Season 4 has elements of this story, because it’s a monster mash of awesome!