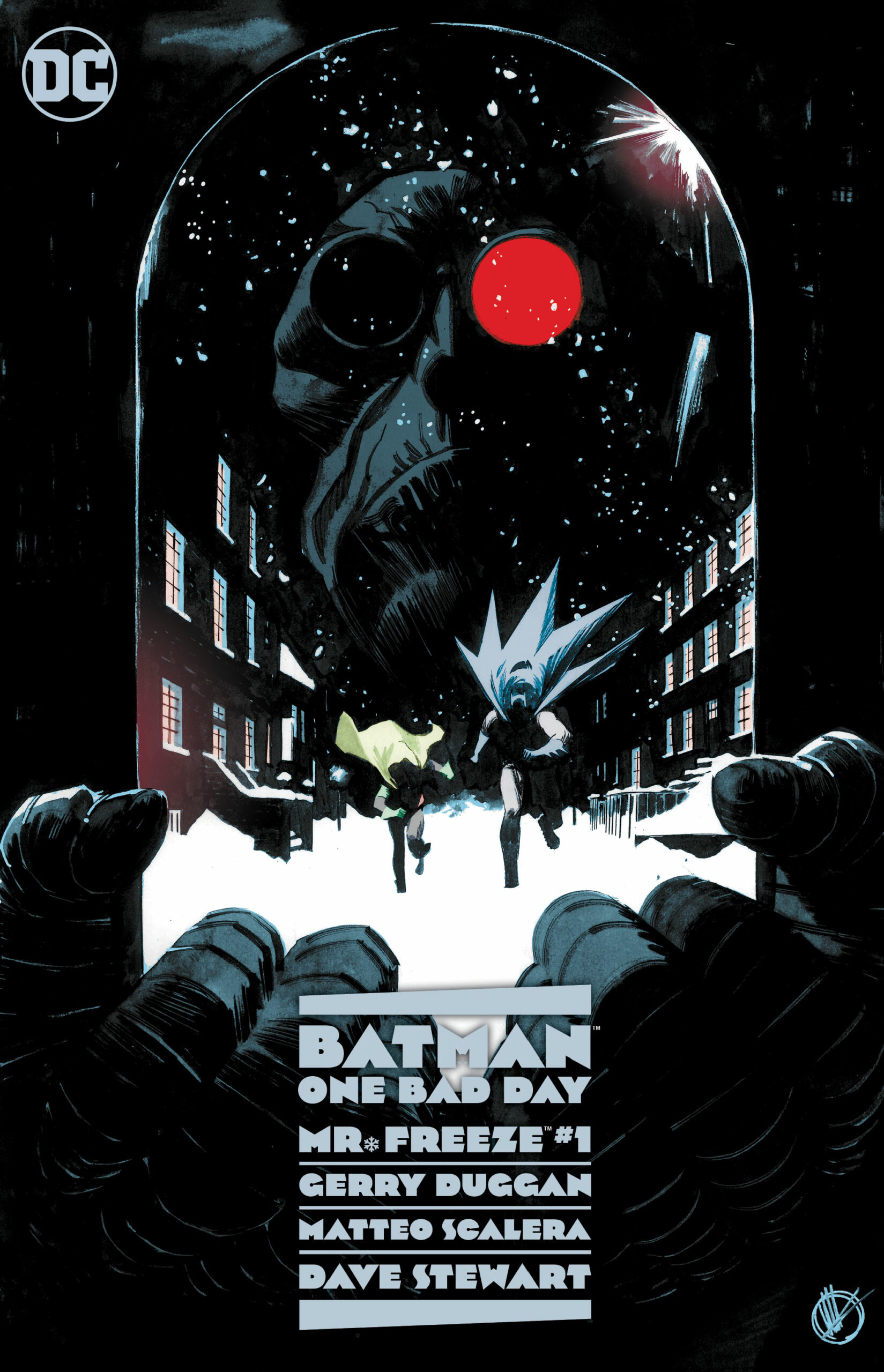 Another “One Bad Day” story has hit the shelves, but will Batman: One Bad Day: Mr. Freeze have you feeling warm and fuzzy, or leave you with a heart of ice? I think we know which way the snow will fall…

The whole point of the line, “One Bad Day”, is that anyone could lose their mind or have their life turned upside down, just by just having one bad day. It happened to Joker, it happened to Batman, and it could happen to us all. I feel like, of late, these stories have forgotten that. In fact, since the first story of this series, it doesn’t feel like One bad day, it feels like a series of unfortunate events. 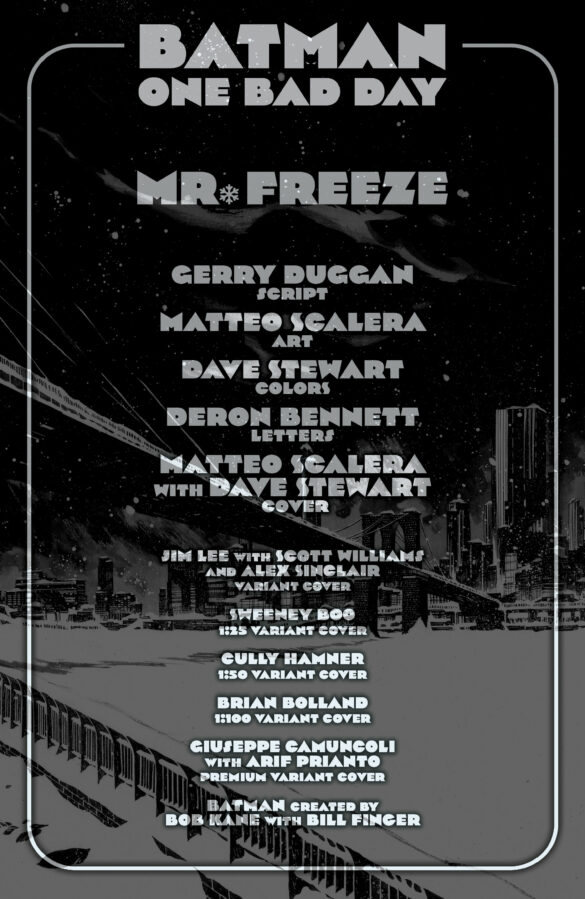 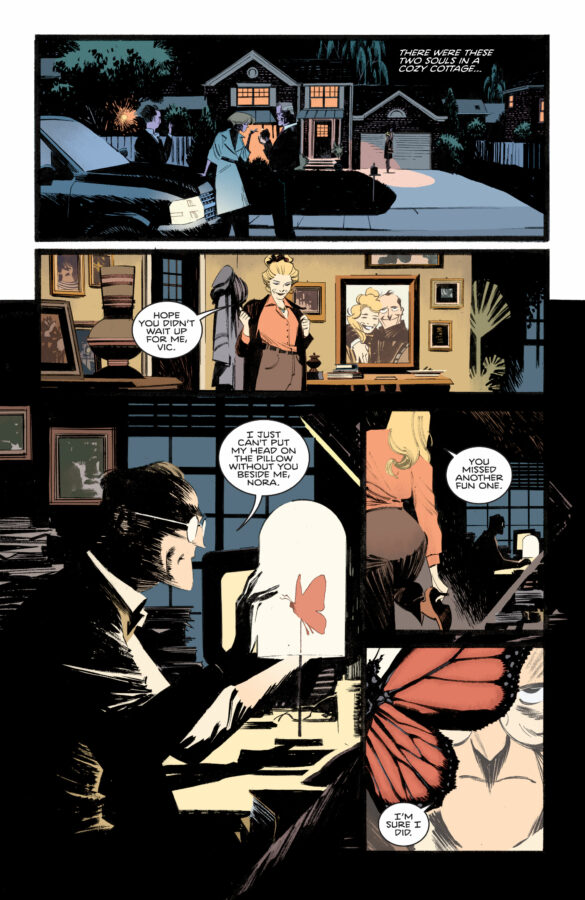 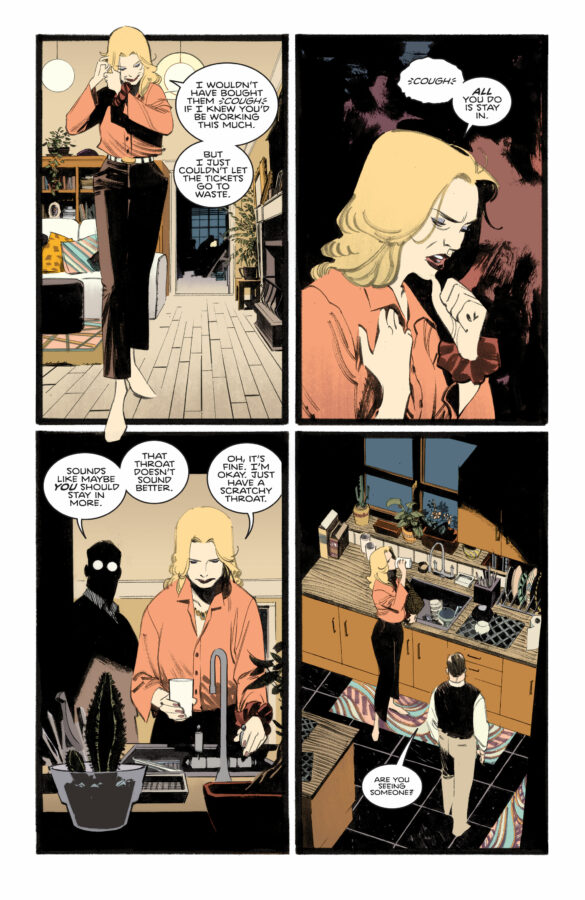 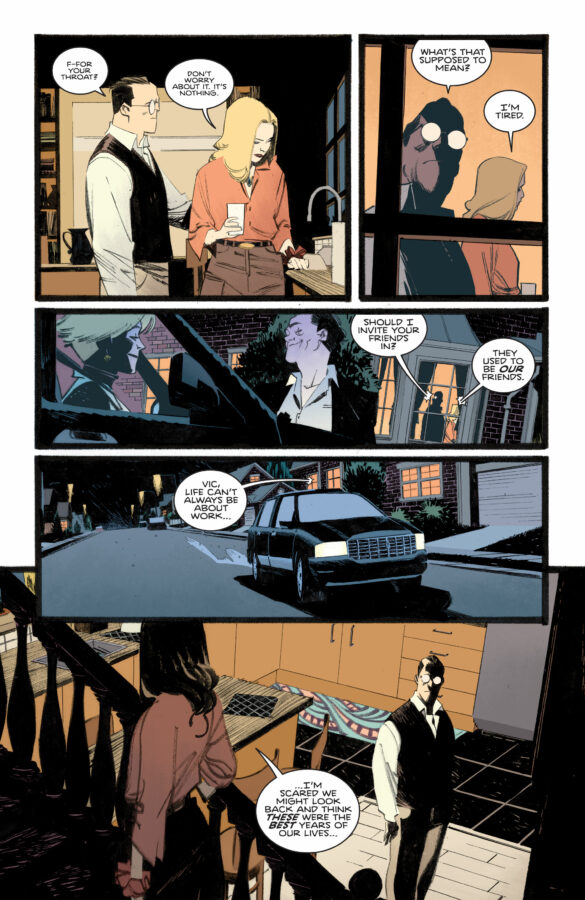 Mr. Freeze is one of Batman’s most tragic foes. He was a scientist, and his wife became ill with a rare, terminal disease so he had to have her cryogenically frozen. An accident in his lab changed his body chemistry, making it impossible for him to live anywhere over the temperature of zero degrees without his protective body armor, which keeps him refrigerated. Because of this, he commits crimes so that he can attain money to complete his research to find a cure for his wife. All the while, he must continue living a tortured life of cold.

This story takes a few snowballs to that story and changes it. In this version Freeze isn’t trying to find a cure, he’s trying to find a way to safely remove his wife from cryogenesis. While this is still interesting, it does make us feel like this predicament he’s in is all his fault. This element of the story’s intriguing and shines a light on Freeze in a different way.

A Robin on Christmas

Dick Grayson’s the Robin in this story (finally, some clarity, see last issue). This means that this story takes place years ago… Great! Why are we only addressing the events of it now? Why have these interactions been sidestepped in every interaction since Christmas eve many years ago? So, in my very continuity-heavy way, I’m classing this as another Elseworld story and we’re not on Earth Meta/Prime anymore. 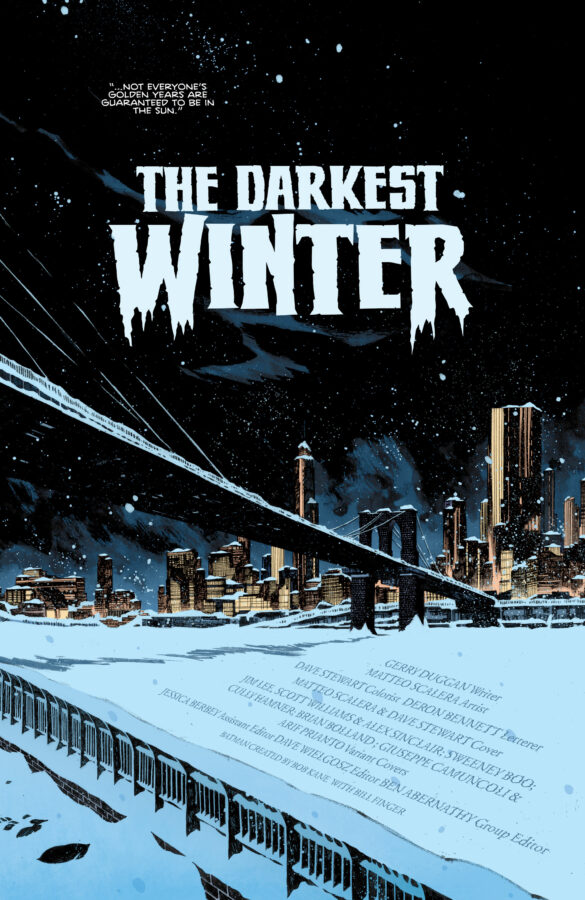 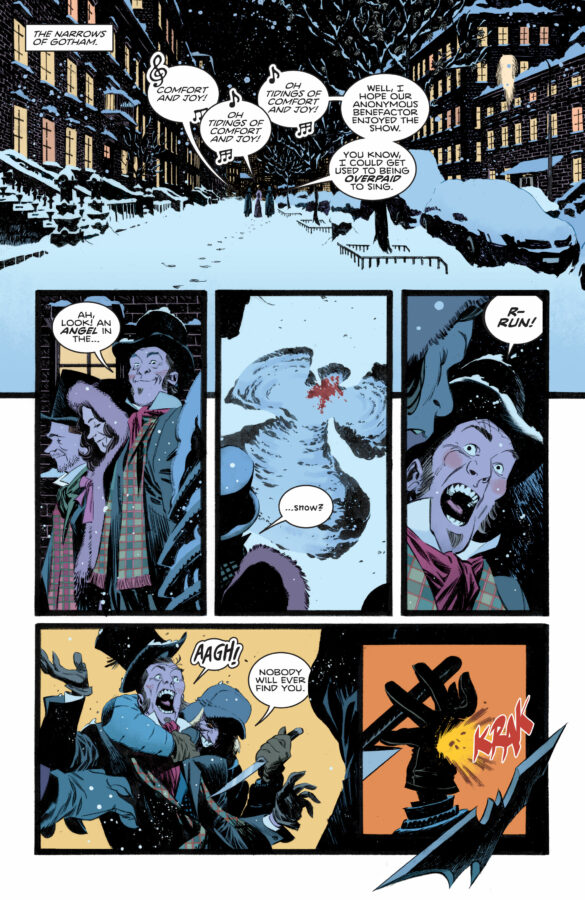 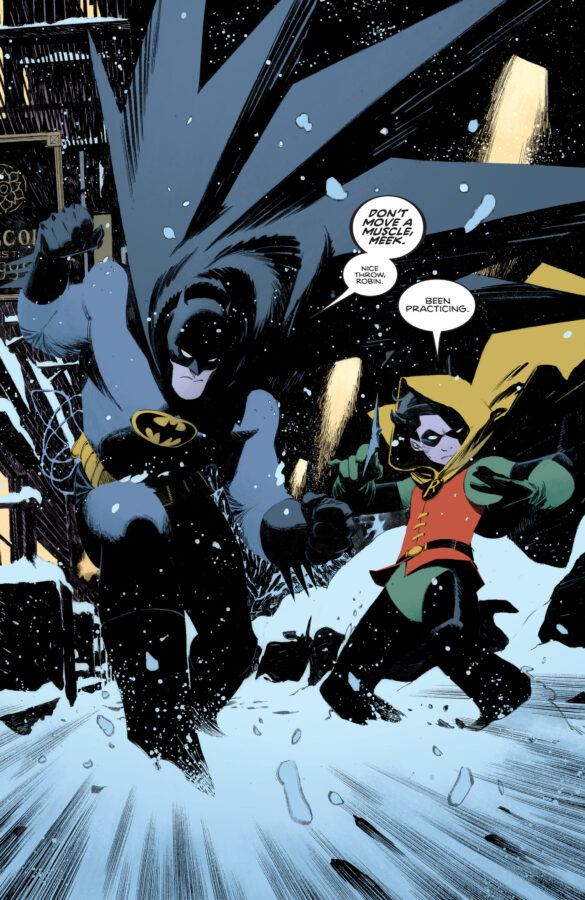 The catalyst for this story, in the present (not pre-accident Freeze flashbacks) is Robin. Batman and Robin are fighting crime, and Batman makes a comment about one criminal being irredeemable (which seems out of character, but fine… I’ll keep reading). So, Robin then starts to question whether all of the superstitious cowardly lot are irredeemable, starting with Mr. Freeze.

The Dynamic Duo then goes out of its way to give Freeze a chance and to let him try and do what he’s always wanted… with revealing consequences.

I can see how the idea for this book would sound good in a pitch meeting, but it completely tears the heart out of the character. Mr. Freeze gets a girlfriend halfway through called Frost Bite and the story leads us to believe he was a Loon even before his accident (or his One Bad Day) which, for me, means that Gerry Duggan didn’t quite understand the assignment here.

If I’d read this book as an Elseworlds story, called Mr. and Mrs. Freeze, I would’ve enjoyed it a lot more. The art in the book also has me torn. I enjoyed very much how Freeze was drawn, Robin was great, and the snow and city were beautiful… however, Bruce Wayne looked like he’d eaten too many Bat-cookies. It reminded me of Tim Sale’s Clark Kent., I mean, how many chins should a peak physical condition superhero actually have? 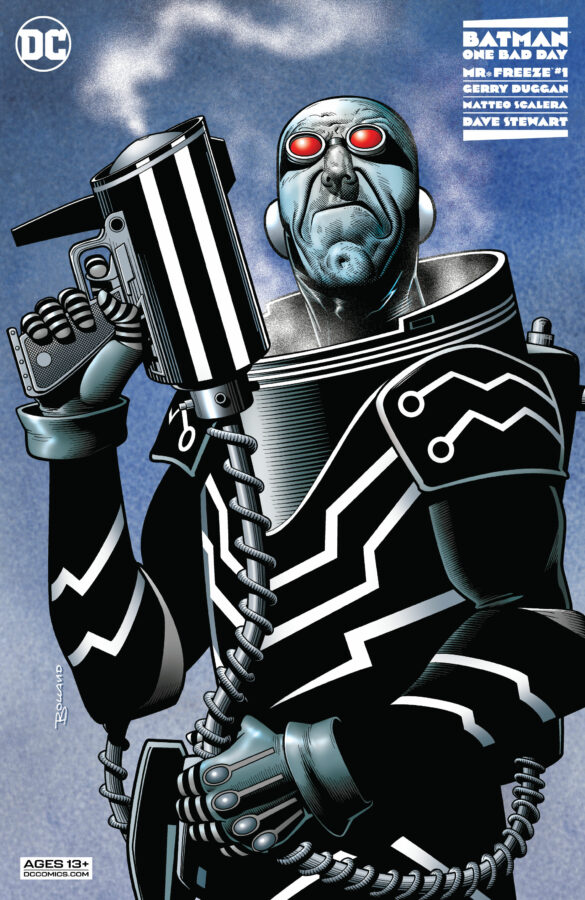 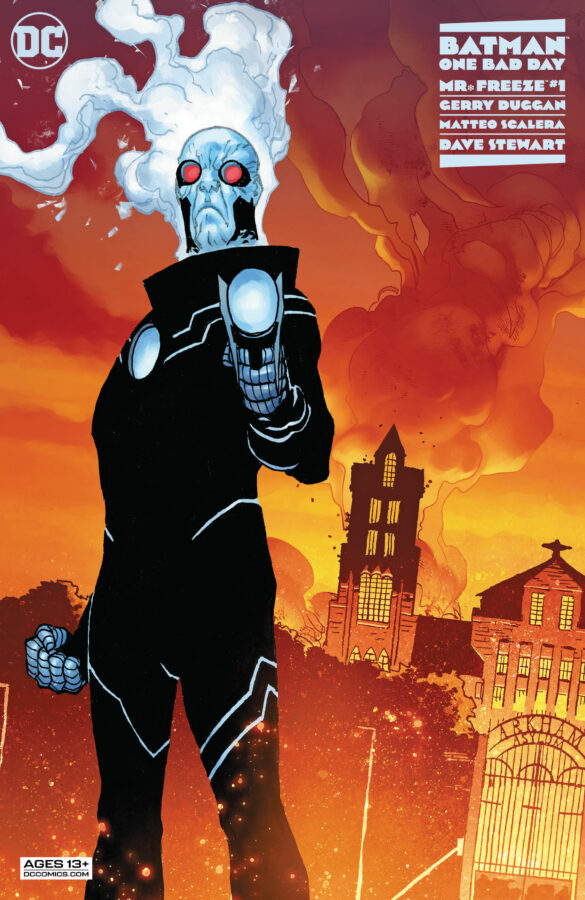 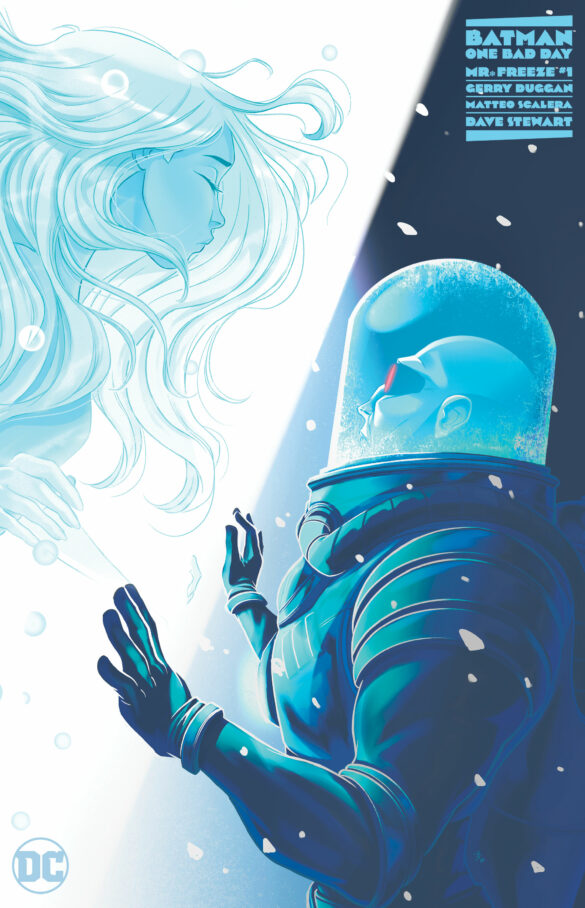 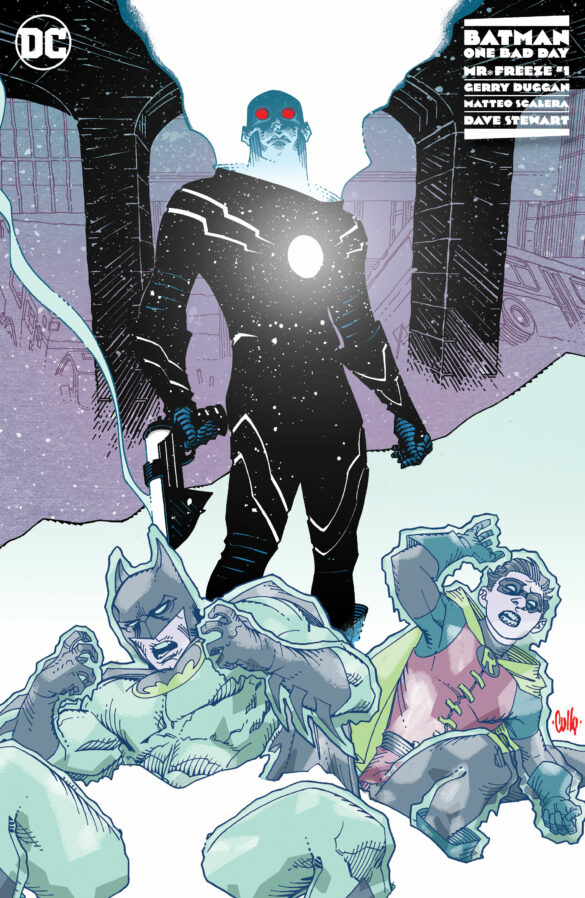 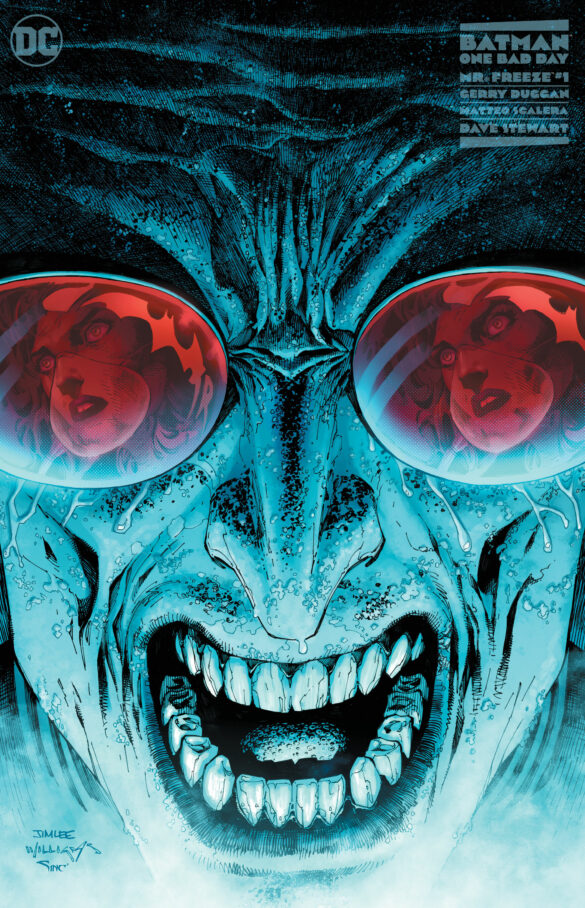 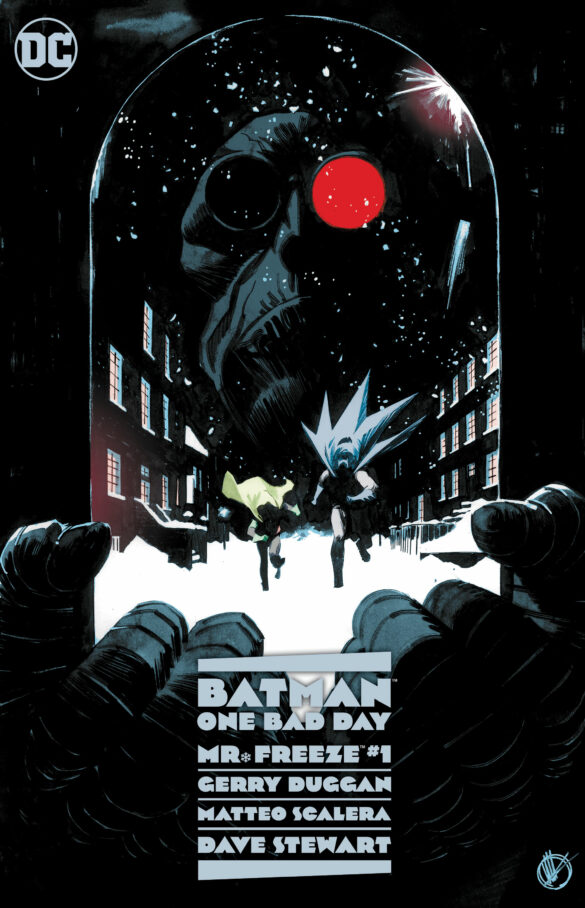 The story kept my attention though, as it was written well, and the art for the most part was good. The one thing I would say though is, please guys, write your story giving a bit more thought to the larger picture.

Batman: One Bad Day: Mr. Freeze is a great story, but it did leave me cold (not sorry). All I wanted to do after was watch Batman the animated series episode, “Heart of Ice”. This could have been great, but just missed the mark.