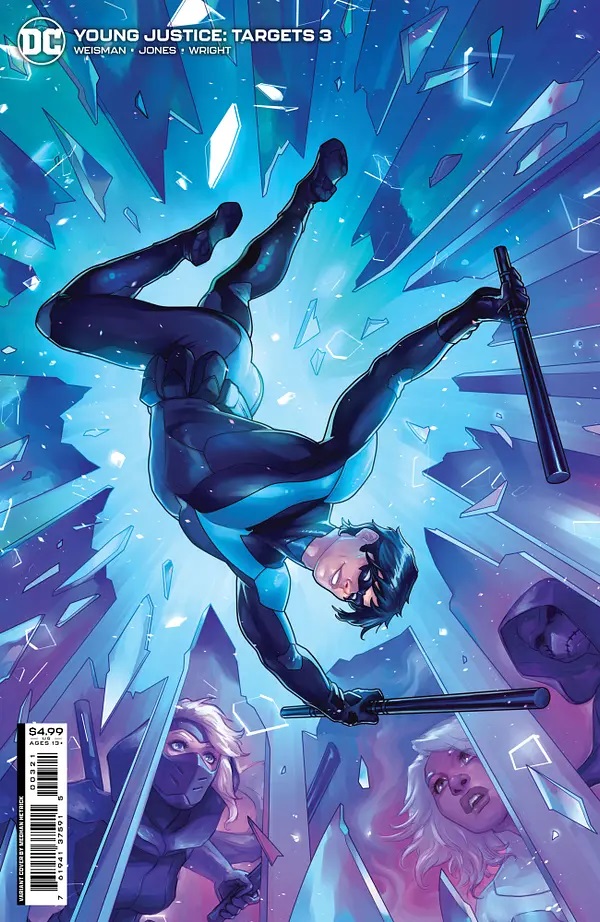 Ladies and Gentlefolk, things are really heating up in Young Justice: Targets #3. After the seeming rescue of Queen Perdita, have things finally calmed down for The Team and The Outsiders? As if!

A covert ops team, led by Nightwing himself, is infiltrating Vlatava to find out more about why the Queen was taken in the first place. During their research, they come across a number of clues that lead them to discover who was behind the queen-napping. 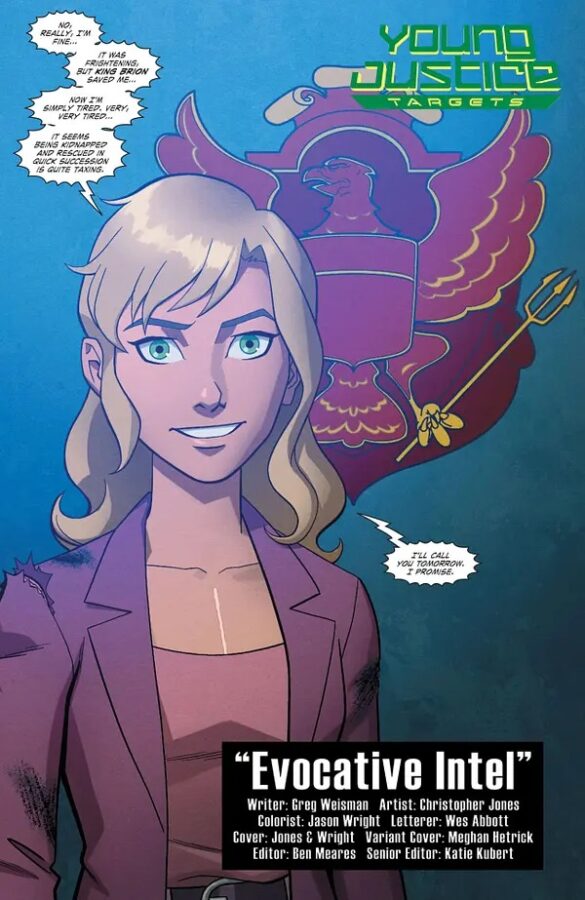 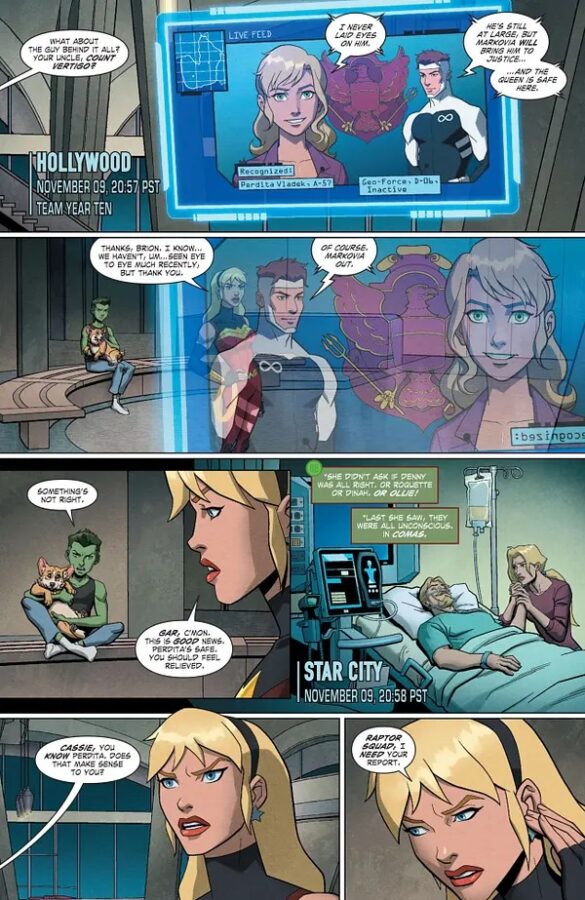 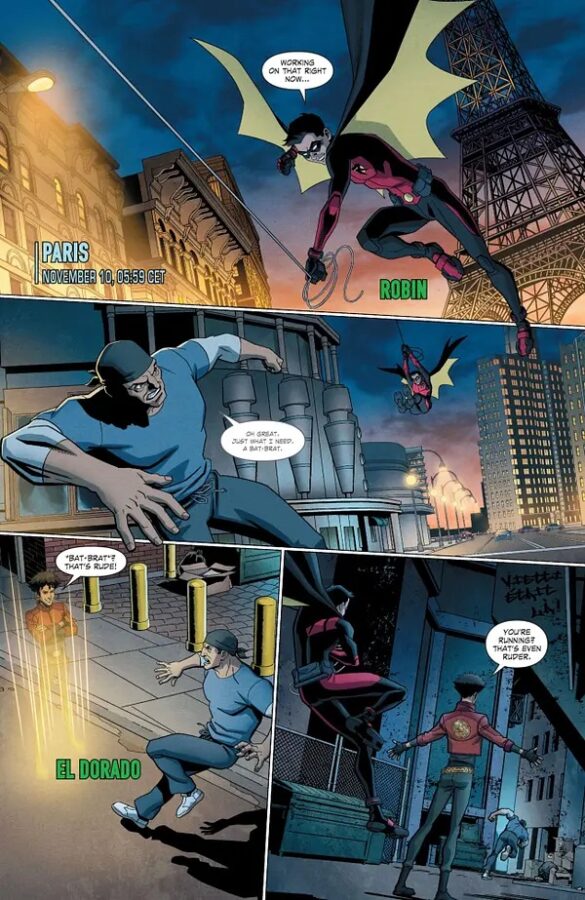 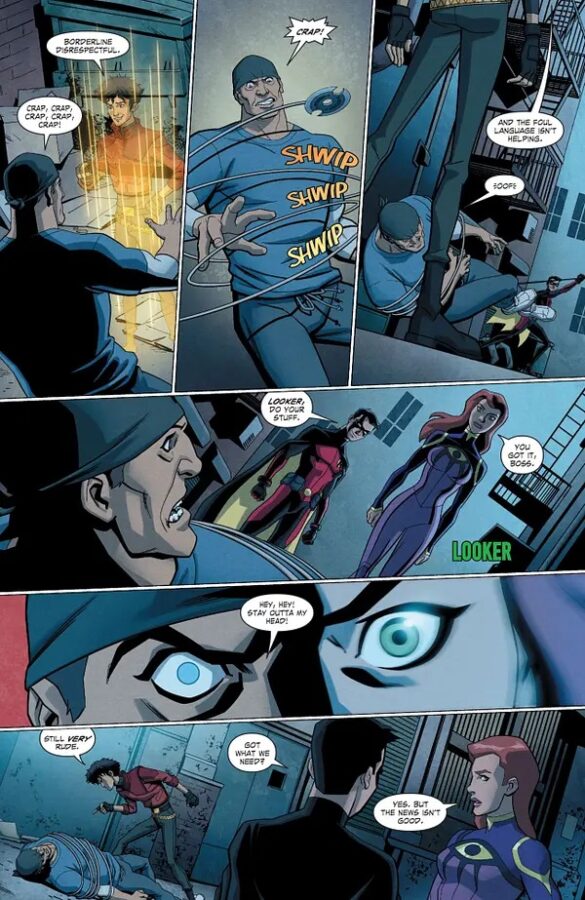 If you were to hand-pick a covert ops team, I dare you to not recruit any of the bat family. While Nightwing’s leading his team in Vlatava, Robin’s in Paris leading a recon team to gather intel on Count Vertigo. The suspected queen-napper! It’s bat-brat galore as Nightwing’s accompanied by Spoiler and Orphan (some of my favorite bat family members).

The reveal of who’s been behind this comes on the very final panel of this story and it leaves quite a sour taste in your mouth.

I’m thoroughly enjoying these little flashback memories! This issue’s sees Green Arrow and Queen Perdita meeting for the first time in an airport shoot-out! Assassins are trying to kill the newly appointed Queen, and it’s only Green Arrow’s speedy intervention that saves her life. With the deadly Merlyn on their tail, can the new friends escape? 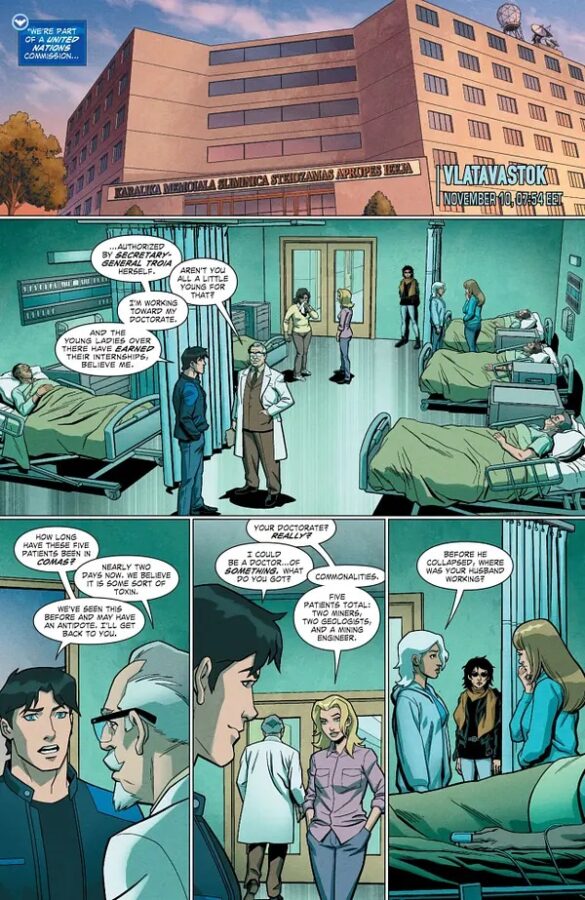 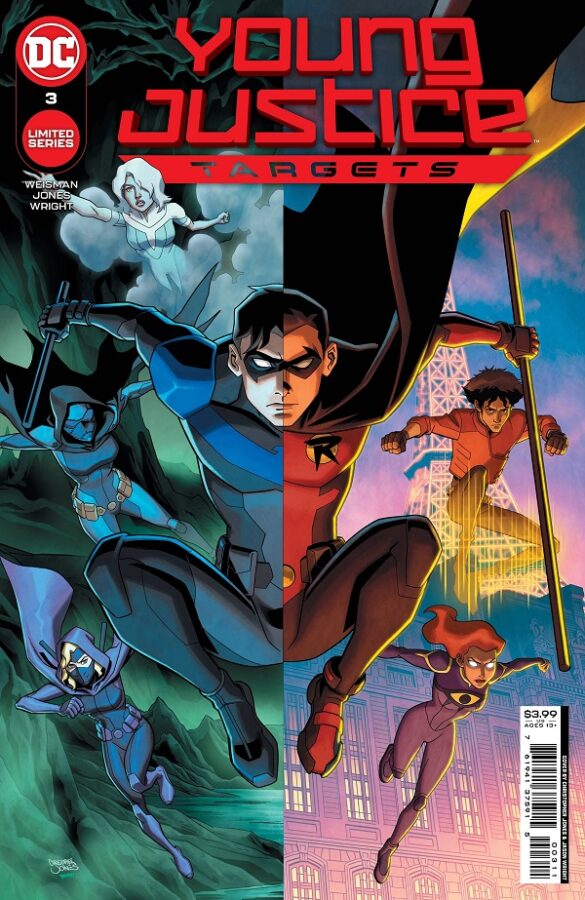 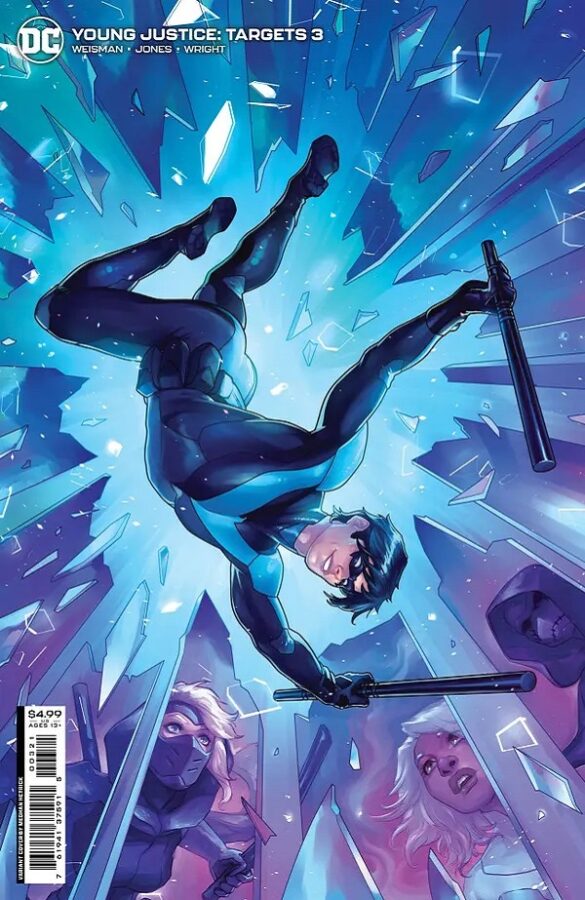 Young Justice: Targets #3 was yet another fantastic issue in this run of short stories from the TV animated universe. I’m really enjoying my time reading these books, and the artwork’s spectacular too. I can’t sing my praises about Jones’ art enough, it genuinely looks like I’m watching an episode on the pages of a comic book!

Weisman’s taking the story in a very interesting direction, one that I look forward to seeing the end of and any twists and turns in between.