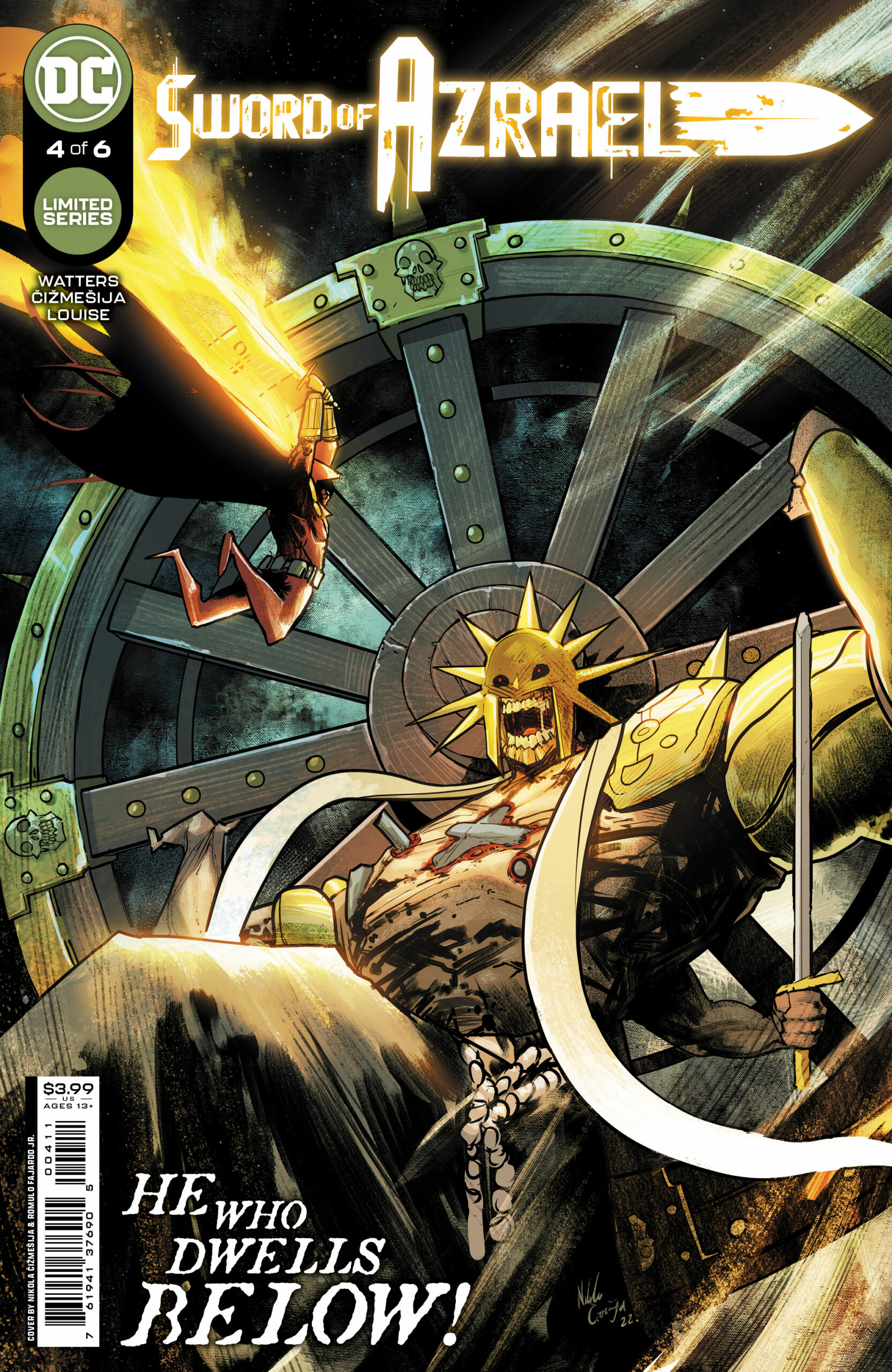 Last month, Jean-Paul Valley met another man-made “angel”, a prototype of the avenging assassin that he was created to be. Named “Satan” by his creators, this creature is a giant, patchwork, Frankenstein-esque monstrosity; faster, stronger, and more deadly than Azrael himself. In this month’s Sword Of Azrael #4, the two foes wage war, in a battle for the ages.

Seriously, this series rocks. I’ve followed Azrael’s adventures for decades and Dan Watters is doing something amazing with this run. When Jean-Paul Valley was first introduced, he was cool, powerful, and fairly sympathetic, but then he took over as a new, lethal and ultra-violent Batman. 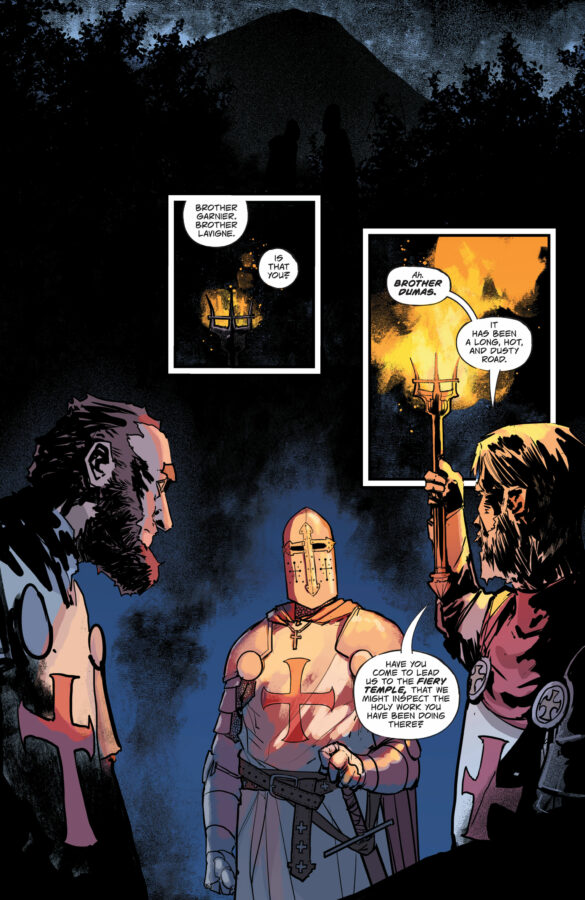 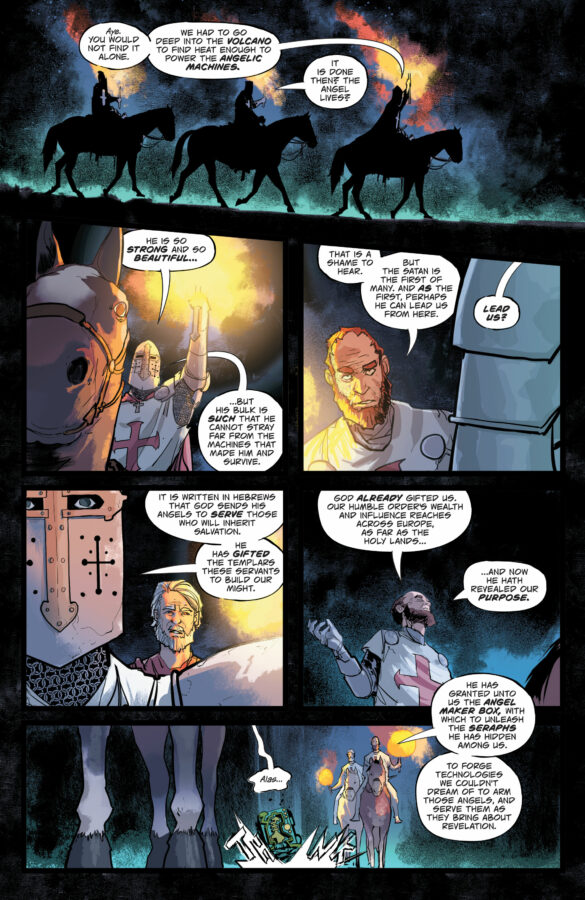 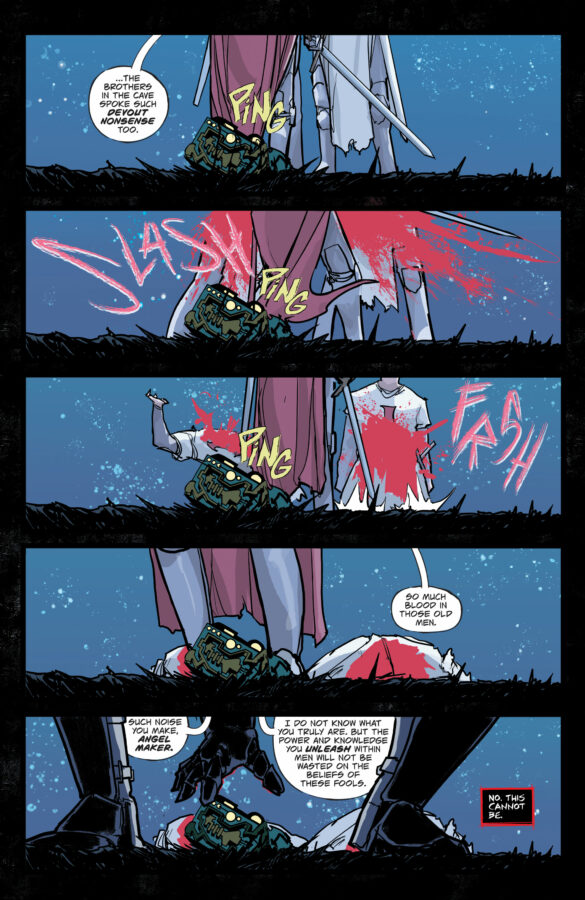 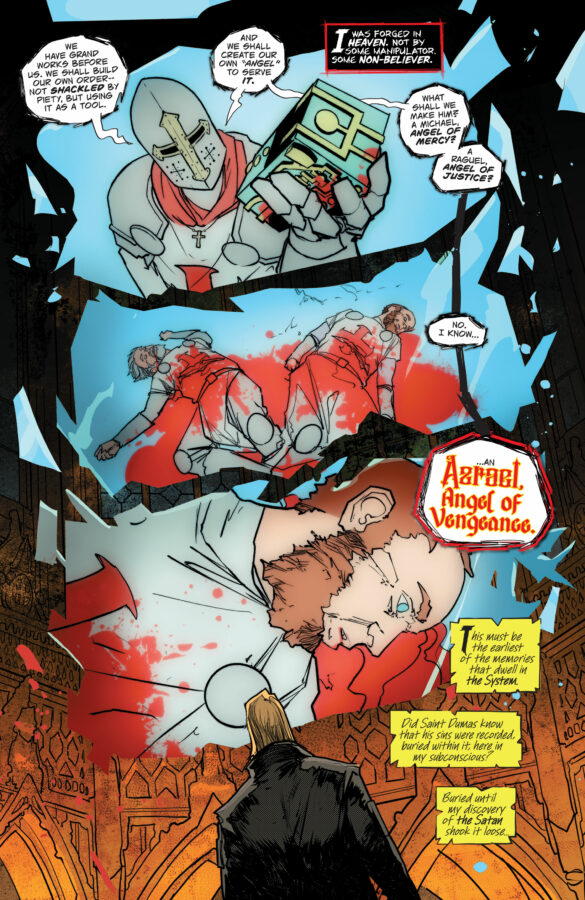 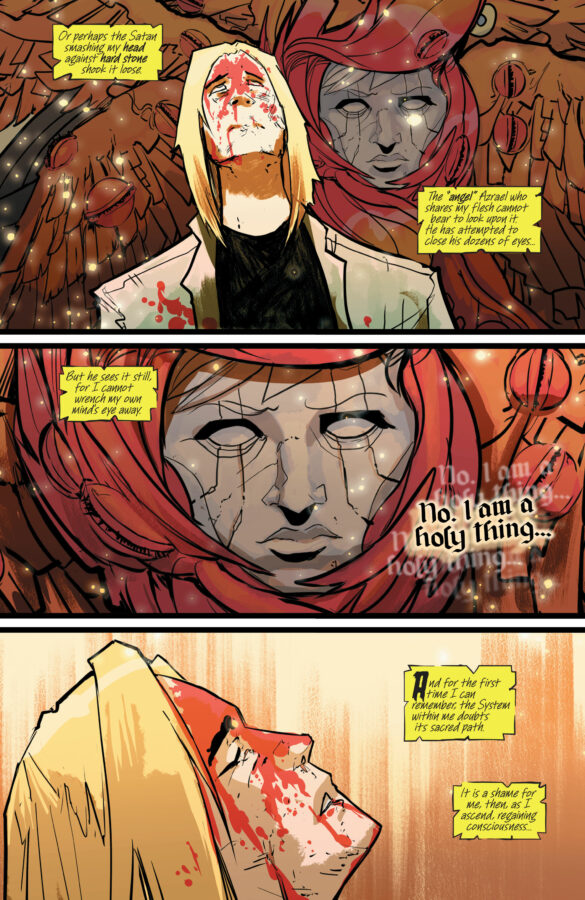 This was the 1990s, a time when fans were leaving DC and Marvel in droves, to read the new independent comics that were breaking all the rules. This was a time when readers wanted a Batman that killed, and many of them had lost their love for the more honor-bound, noble, genuine heroes of old.

DC gave the fans what they wanted; a Batman who killed, and… guess what? Everyone hated him. It’s like they always say, be careful what you wish for.

Of course, Bruce Wayne eventually returned to reclaim the mantle of the Bat, but the damage had been done. While some readers, myself included, saw the potential in Azrael, many more despised the character. Jean-Paul’s co-creator, the legendary Denny O’Neil, tried and fought to redeem him in fans’ eyes over the course of an excellent 100-issue run. Sadly nothing ever quite stuck.

In the space of just four issues, Dan Watters, Nikola Čižmešija, Marissa Louise, and Hassan Otsmane-Elhaou have managed to do what even dear Denny couldn’t. This is an Azrael who’s every bit as deadly and broken as he ever was, but more human, more fallible, and… yes, more likable.

Satan is a foe that even Batman would have trouble with. In this issue, Azrael takes a leaf from his mentor, The Dark Knight’s, book. Physically, Jean-Paul’s no match for his foe, so he decides to out-think the villain in a way that I’m sure would make Batman, and Denny, proud. 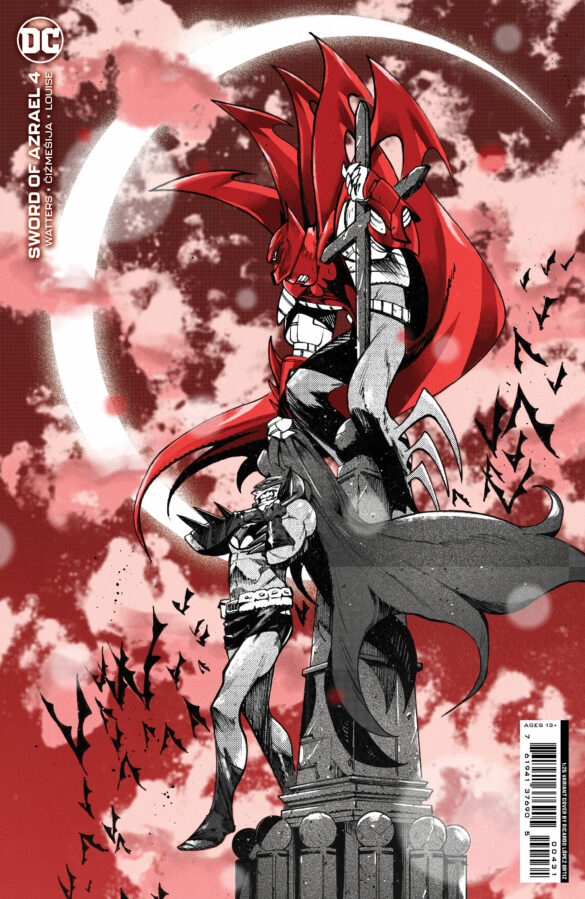 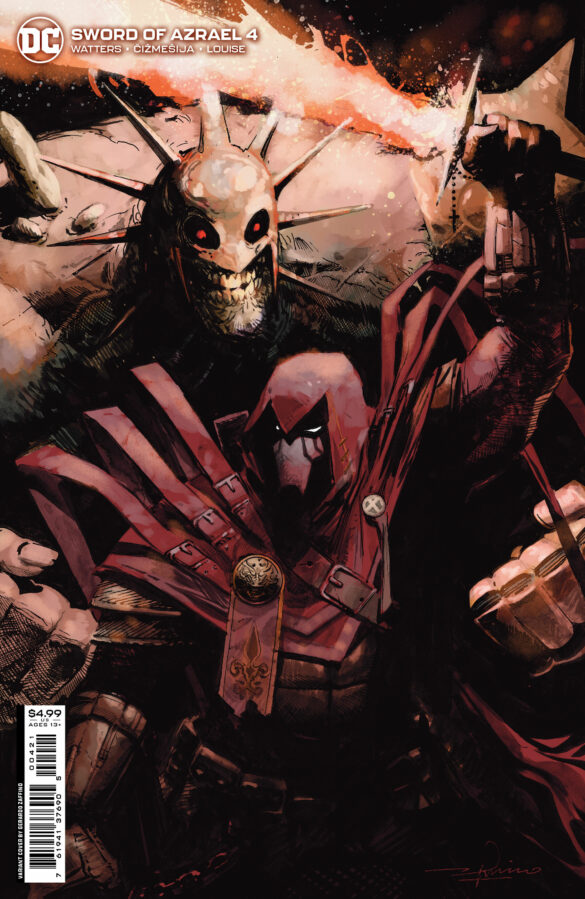 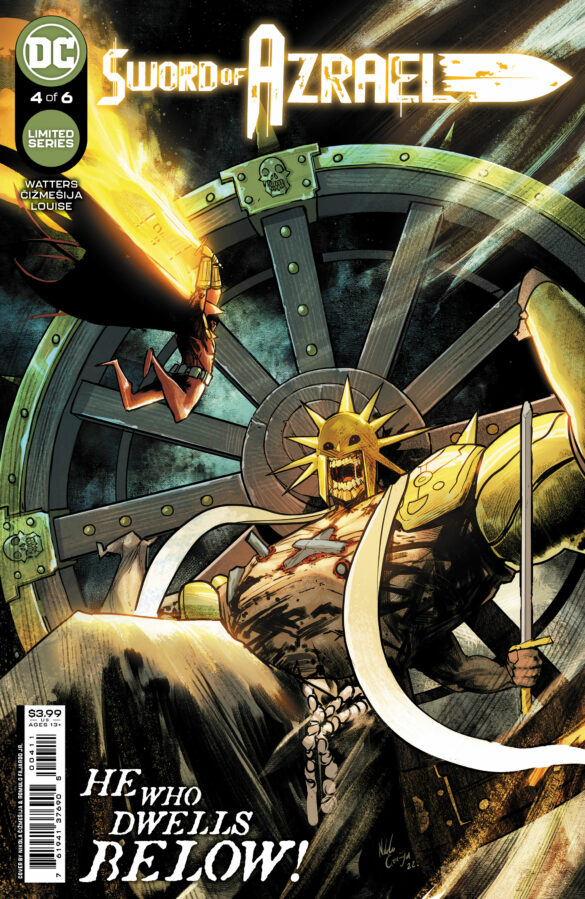 Sword Of Azrael #4 is an action-packed comic. It’s violent, fast-paced, and relentless. Brilliantly, it’s also thoughtful, heartfelt, and textured. The art, colors, and letters are terrific and the team is continuing to produce a title that feels special and different from everything else out there.

Even though I read these for free, I’m buying every issue and will probably pick up the collected version too. I highly recommend you do the same.