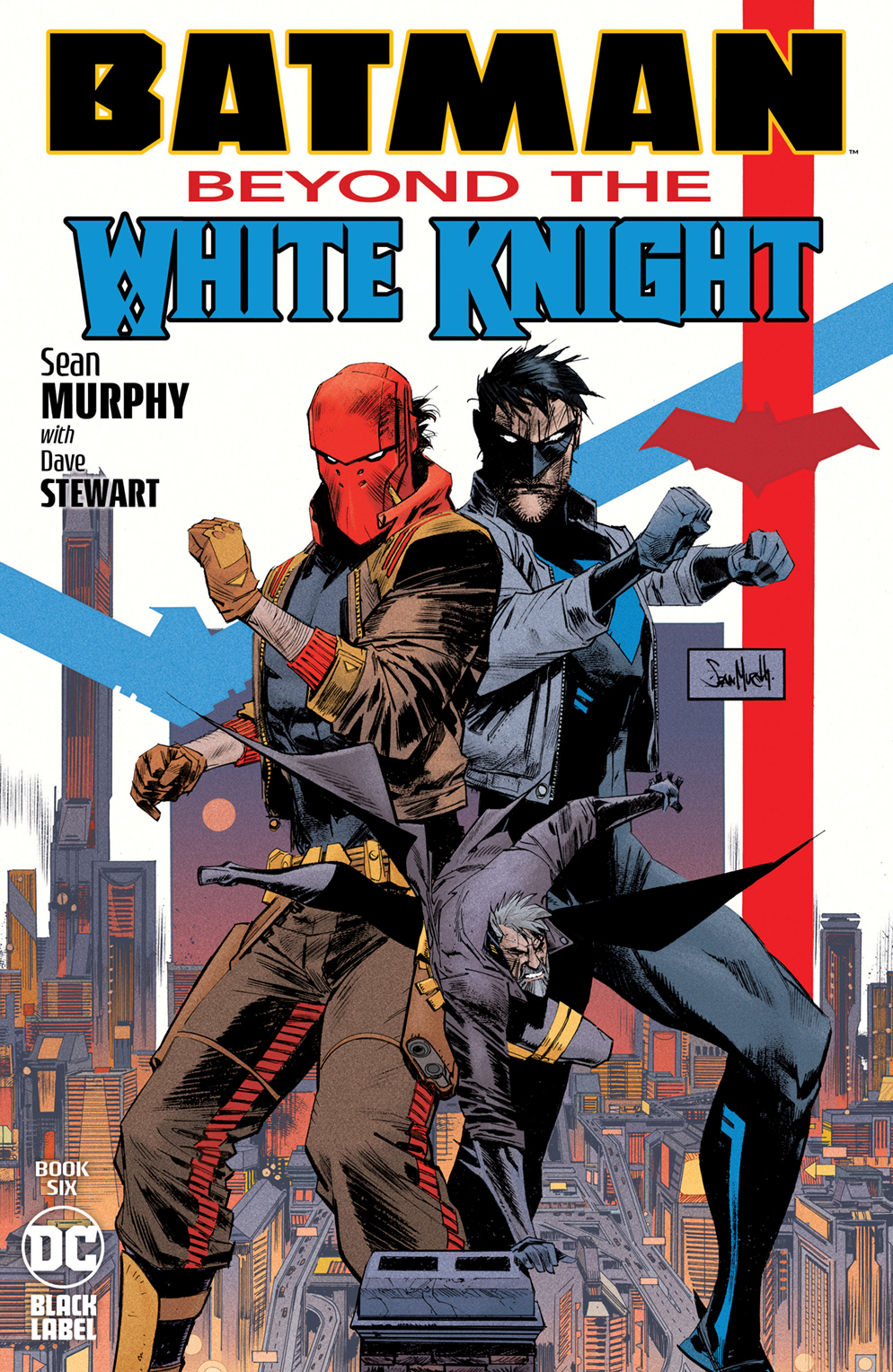 Batman: Beyond The White Knight #6 is a love letter to the relationships that Batman/Bruce Wayne’s developed throughout his life. Bring your tissues folks, this one’s a tear-jerker!

Shadows of The Past

Something Sean Murphy does throughout every White Knight series is make your heart feel for the past. Through his writing of an older Batman (and Bat-family) to the constant use of shadows showing the characters as we used to know them, Batman, Harley Quinn, Joker, and Robin… to name but a few, all of whom have unmistakable shadows/silhouettes. I love it! I wanted to mention that as soon as I started this review as it’s one of my favorite things in this series. 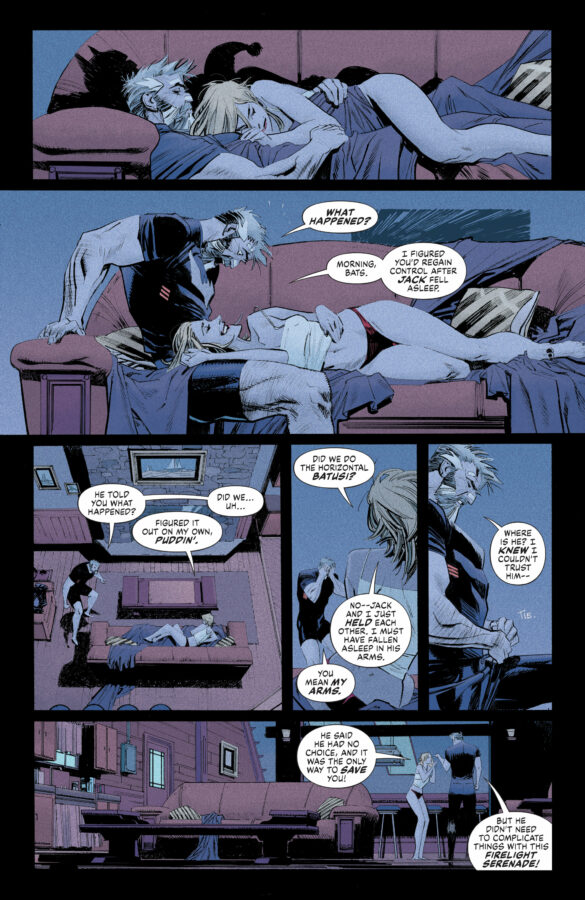 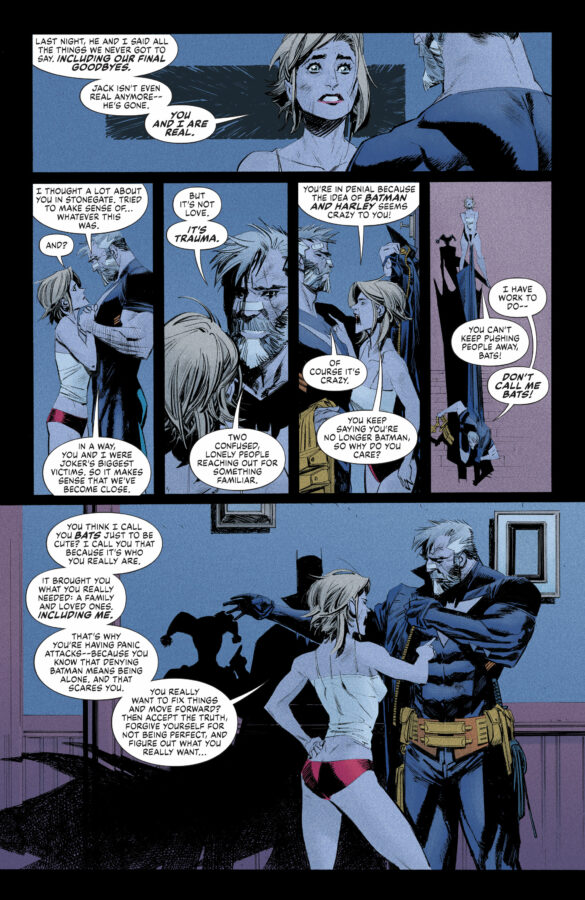 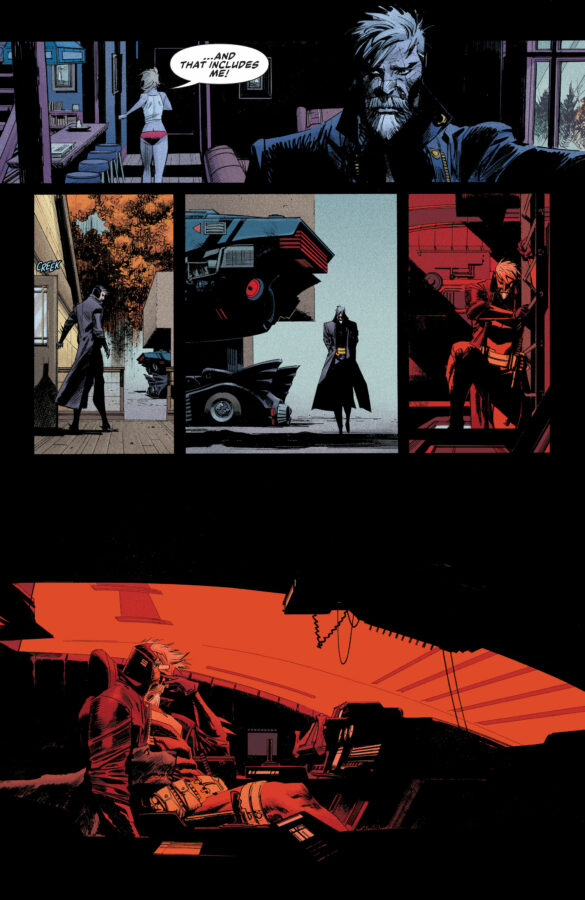 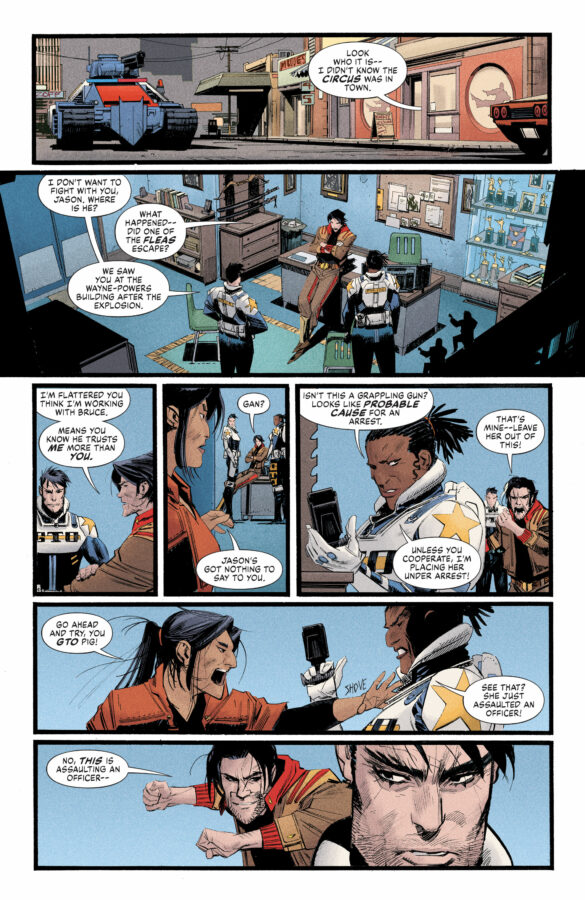 This issue picks up right where we left off, with Bruce (being controlled by Jack) becoming intimate with Harley Quinn. Murphy’s been teeing this one up for years, a flirty will they/won’t they relationship between Bruce and Harley. This begins our dialogue about Bruce’s relationships, as he talks to Harley about how they were both the Joker’s biggest victims. This gives them a bond based on Trauma and is just one of the gut-punching moments of this issue.

Batman and Robin were about strength and hope — About Never giving up!
– Jason Todd

This issue is the perfect package. We have wonderful writing and wonderful art. It furthers the plot of the story and strengthens the lore of the past. We see elements taken directly from the Batman Beyond animated show for Derek Powers as well as new elements that long-time bat fans haven’t seen before; like Jason Todd being angry with Dick Grayson about replacing him (usually, it’s Tim Drake taking that hit).

Honestly, from the moment I picked this issue up, I could not put it down. Every character is well-rounded and you care about their story. I applaud Mr. Murphy for this, as I was just starting to think he needed to pick up the pace… with every turn of the page, bombshell after bombshell. 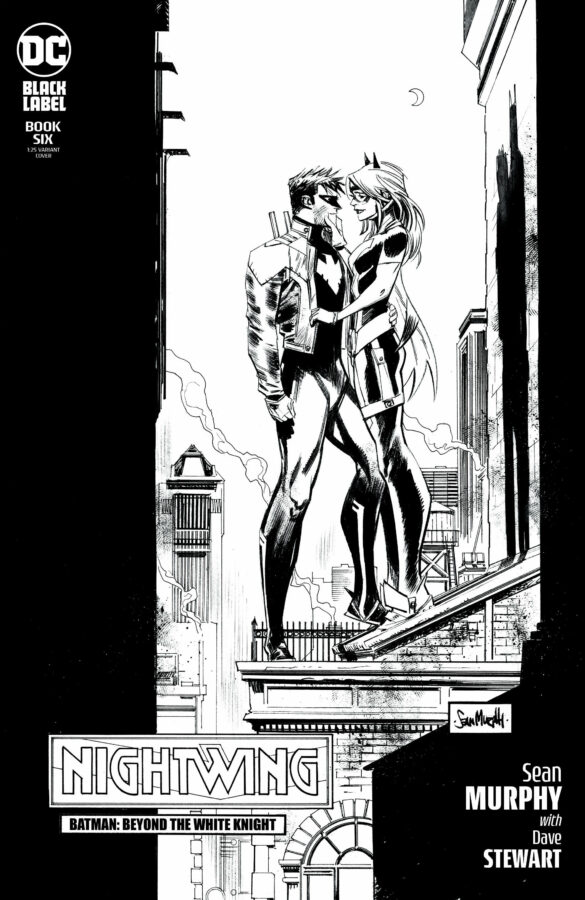 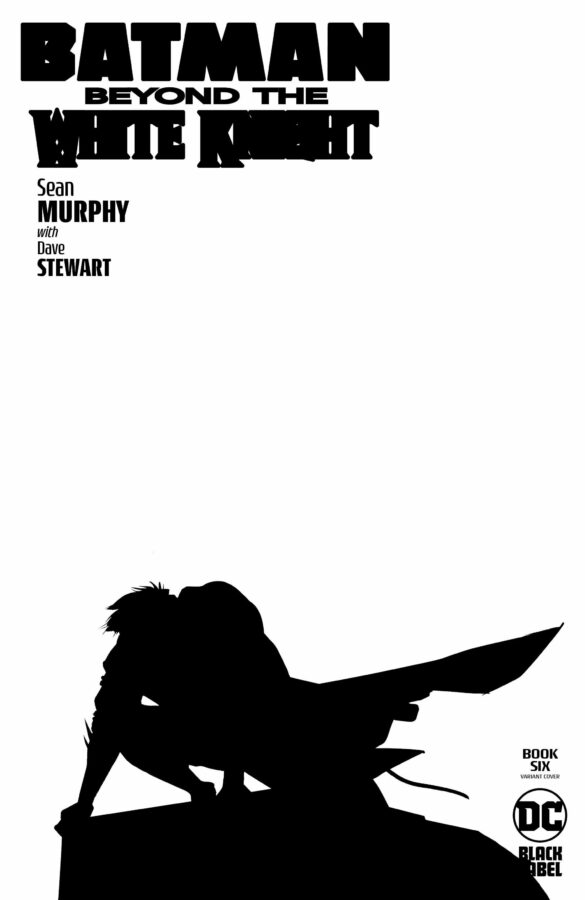 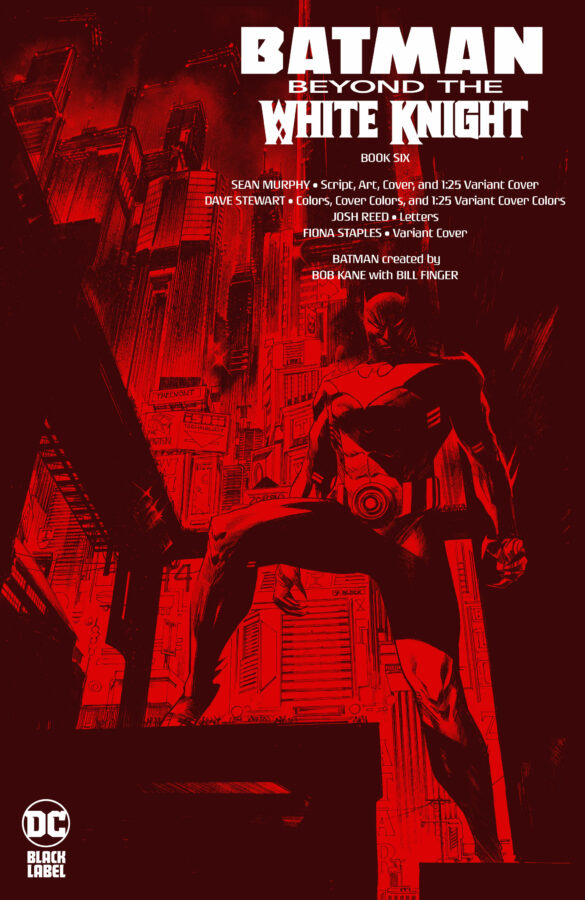 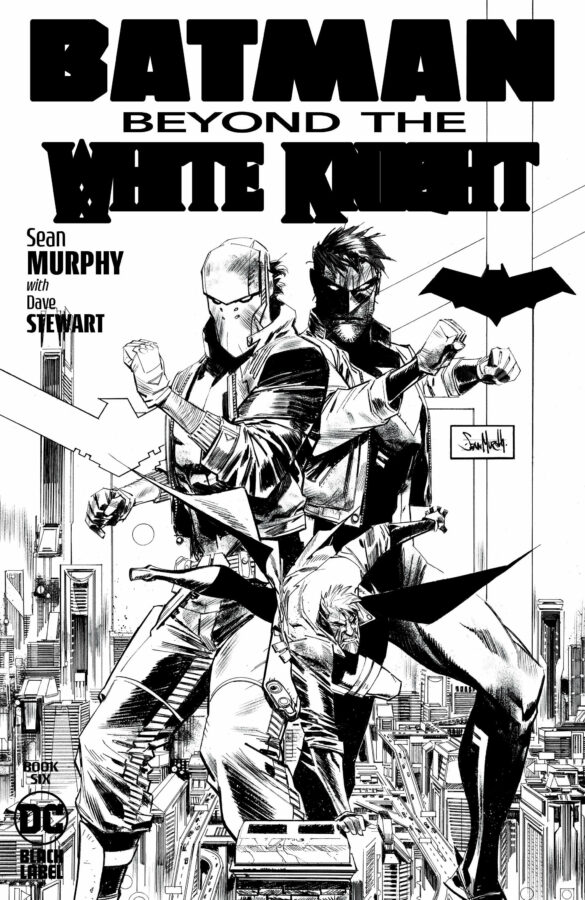 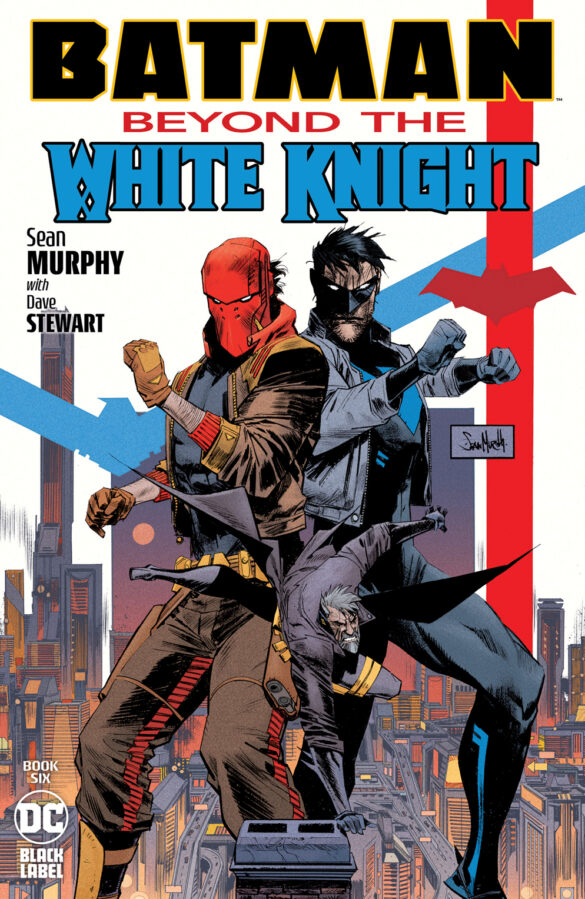 When I first heard that Sean Murphy didn’t have the extensive encyclopedic comic knowledge most of us nerds have, he then wrote a Batman comic based on watching the animated series. I was worried it would be Batman told from the perspective born of second-hand knowledge. Then I remembered that I love the animated series and there are a lot worse places to write a Batman comic from. So, I’m no longer a doubting Debbie… I’m now a Murphy maniac!

My only request for the next issue is the same one I’ve had all series. I’d like more development for the Schwayest kid in Gotham, Mr. Terry McGinnis.

Batman: Beyond The White Knight #6 is a fantastic issue. It’s a perfect package and I can’t fault it. That’s why I’m giving it the perfect Bat-score! You need to read this comic!