“Gotham Nocturne: Overture” – Part Four, and “A Tale of Three Halves” – Part One 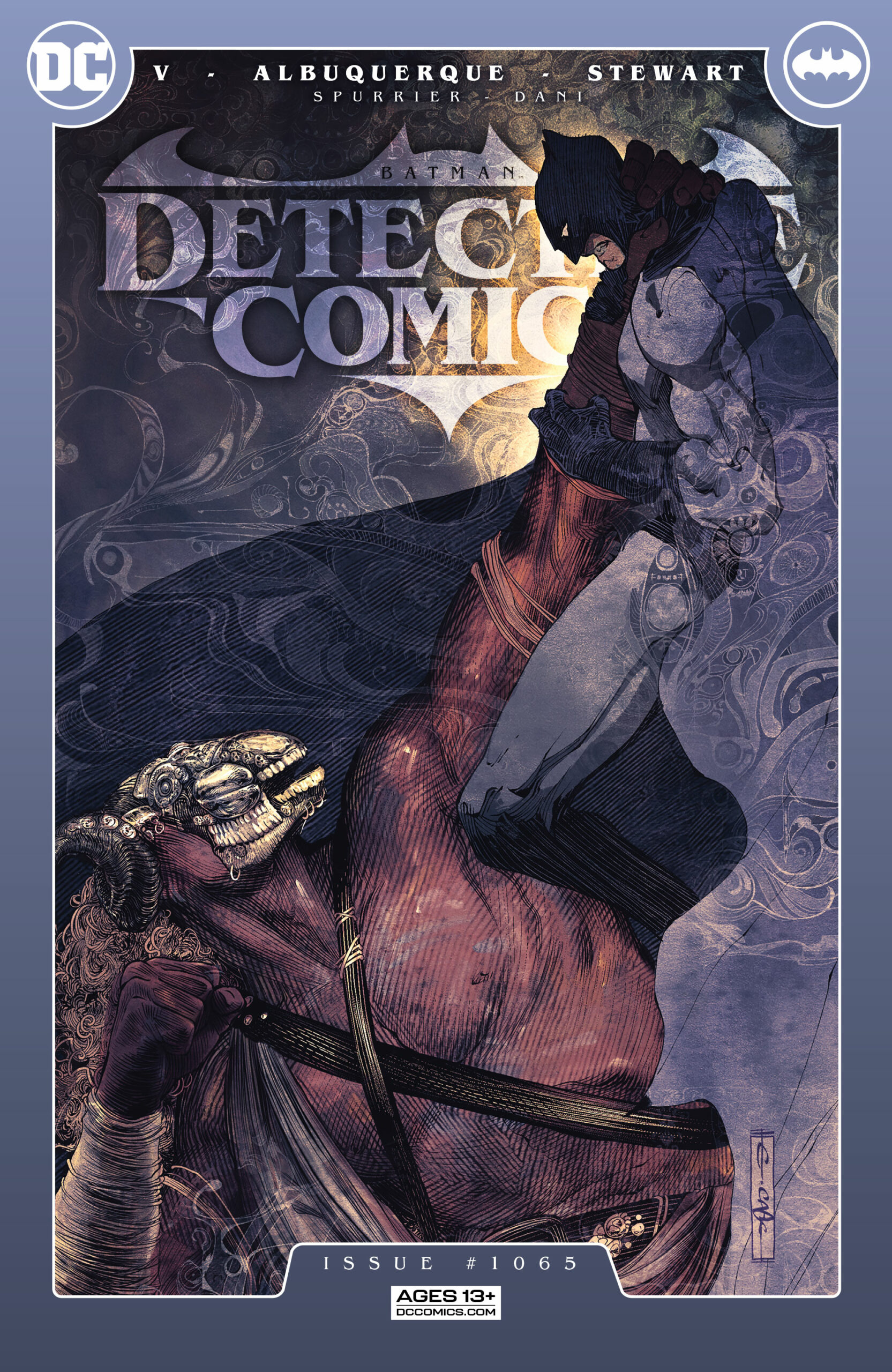 Detective Comics #1065 turns up the volume of this Gotham City Opera, but is it the shouting we should be listening to, or the whispers from the shadows?

We’re back in operatic Gotham, and there’s been movement in the darkness. Last issue, Batman found that he was being manipulated and that his attention was being pulled away from something big. This issue we find out what that is. 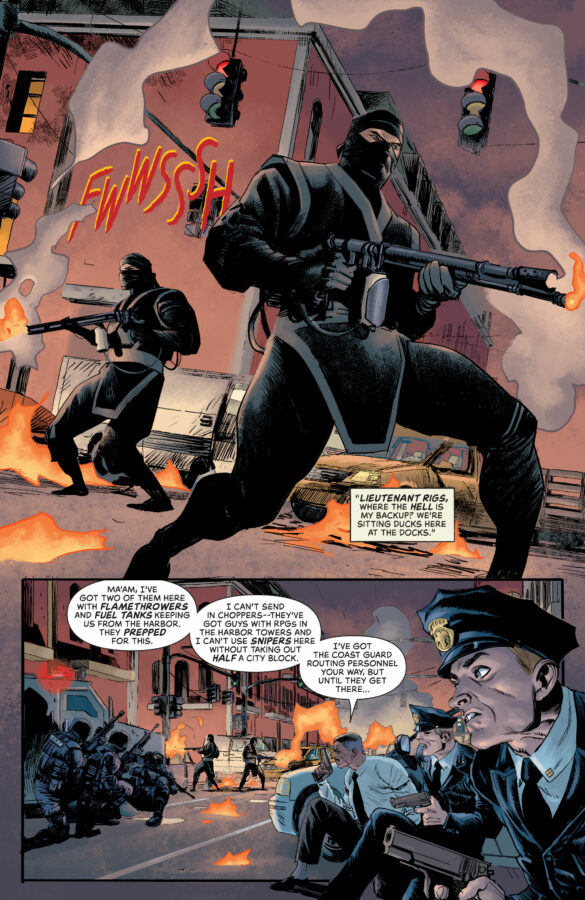 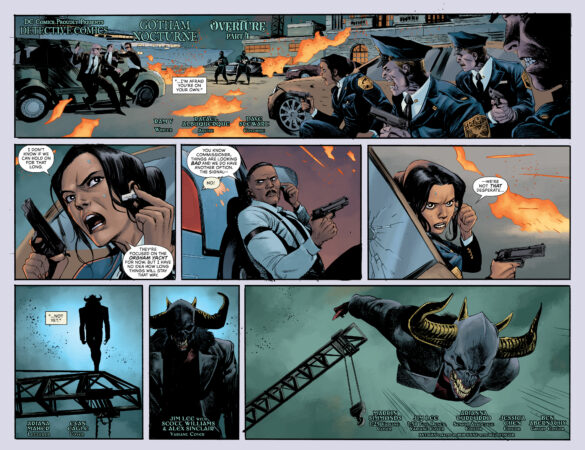 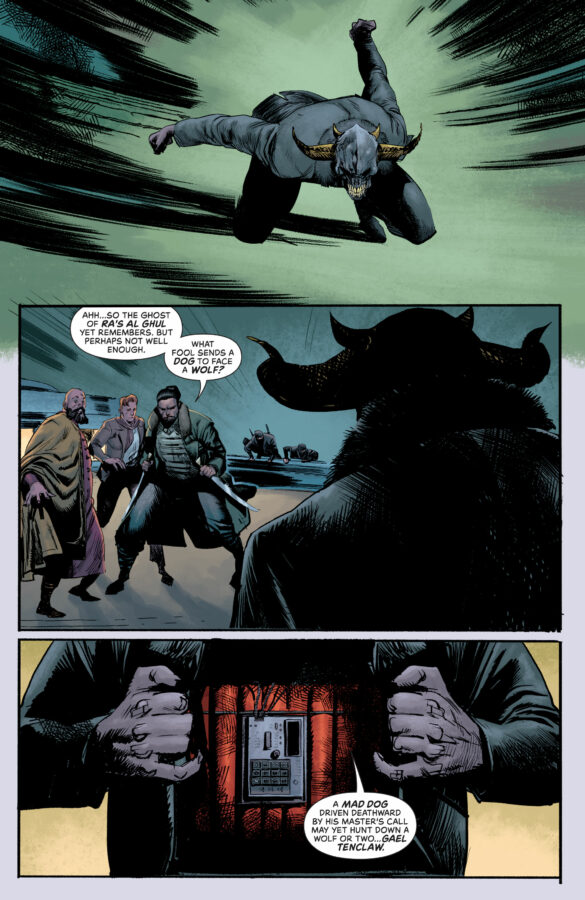 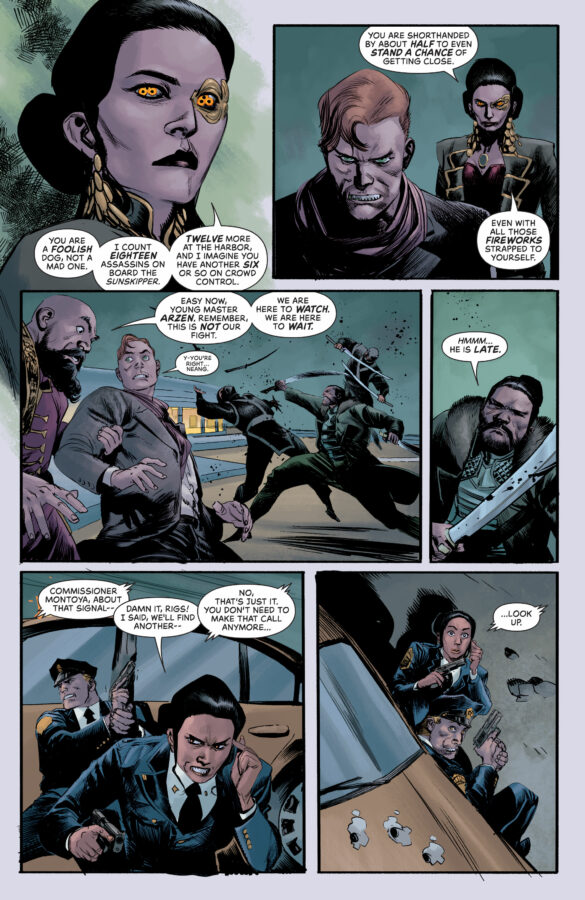 It’s clear now that this storyline’s a slow burn and that we’re not going to get any real clarity for a while. Everything’s building towards something bigger. Actually, it might be somethings bigger. Stay tuned, as this is definitely only just the beginning.

After being wounded last month, Batman’s not at 100%. So, fighting ninjas, crooks, and an assassin and still coming out on top would be a tall ask. Can he?

The writing in this issue felt like a step up, the last few issues have been intriguing, but this chapter felt like it was definitely a “give the audience something” sort of issue. We see people we recognize, others we don’t, flexes of power, and even death. The art in this issue also felt better than in the previous installments, so, hats off to Rafael Albuquerque.

After seeing our new mysterious family flexing their muscles (and wallets) around Gotham, and a famous member of the League of Assassins seemingly wanting to oppose them, it feels like we’re meant to have a large sense of danger regarding the Orgham family. What are their intentions for Gotham City, and how powerful are they? There are some very foreboding moments in this issue, so I’m eager to find out more.

With so many Batman books on the shelf, two should stand out, and be the best DC has to offer. Batman and Detective Comics. At the moment this book is starting to fall into the lower ranks, behind the likes of Batman vs Robin, and Batman: Urban Legends. As DC’s oldest title, and the one that gives the publisher its name, it needs to be more. 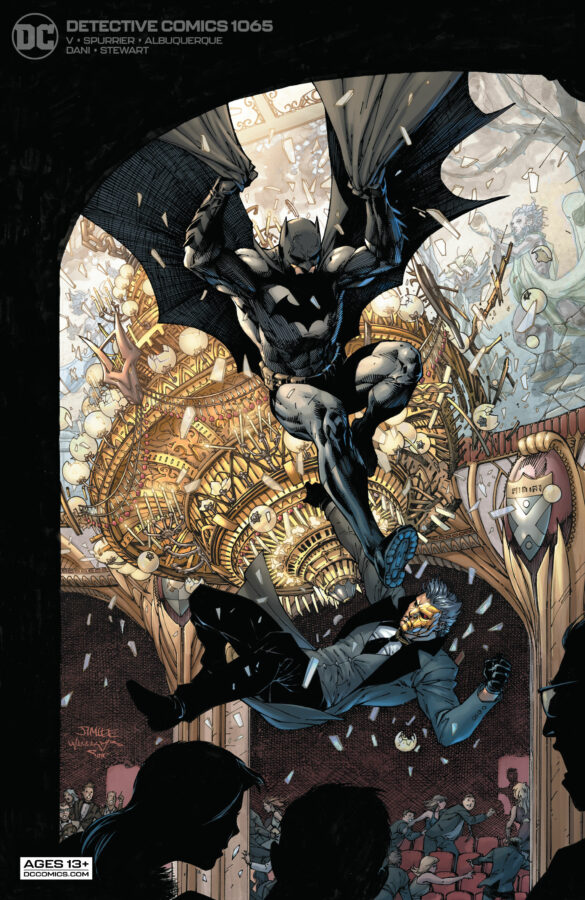 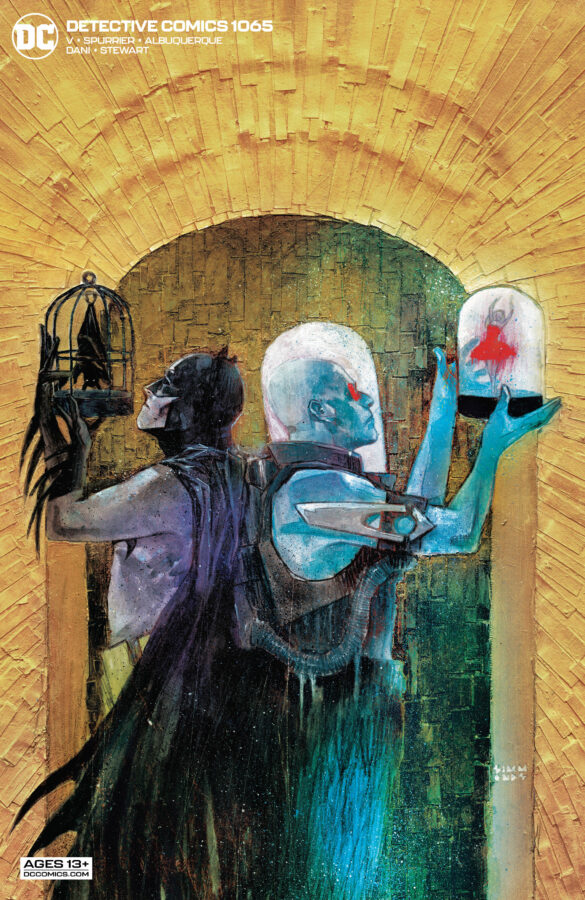 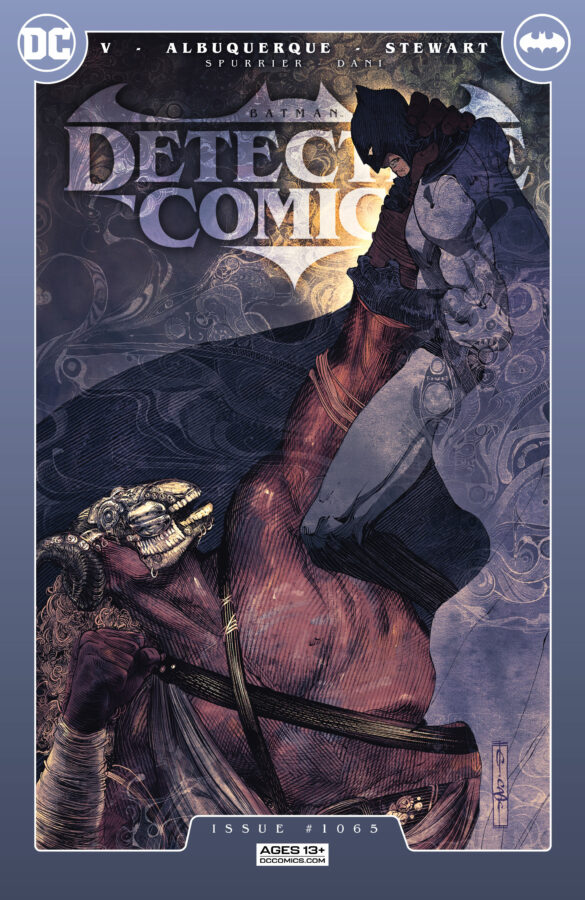 A few issues ago, something happened to Harvey Dent (since then, he’s been wearing a gold Phantom of the opera mask, which I love). We finally receive an explanation, of sorts, as to what happened. In this new, three-part story surrounding poor Harvey, we finally find out that he’s being controlled by the Orghams.

Harvey’s Two-Face persona has been blocked out, by a demon… or at least that’s what it’s referred to by Two-Face, who’s trying to break the creature’s control over him. Without giving anything away, it feels like Harvey Dent and his alter-ego are not in the best of places. This is classic Si Spurrier; trippy, mind-bending, and dark. This time I couldn’t put it down, so I’m definitely excited to see what’s next.

Detective Comics #1065 was a big improvement on the last issue. I’m still waiting to really feel wowed, but this was definitely a step in the right direction. Let’s see where we go from here.