They’re brave and bold, with bright costumes to boot! Rivera has captured the classic charm and enduring optimism of the Justice League in this detailed variant release depicting 13 beloved heroes, from Martians to metahumans and everyone in between. The Flash, Aquaman, the Atom, Black Canary, and Green Arrow join the Trinity of Wonder Woman, Superman, and Batman stand atop the Hall of Justice while Martian Manhunter, Hawkman, Plastic Man, Green Lantern Hal Jordan, and Shazam lend their support from the skies above. 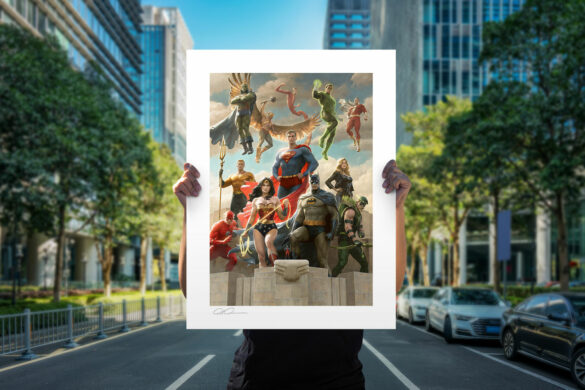 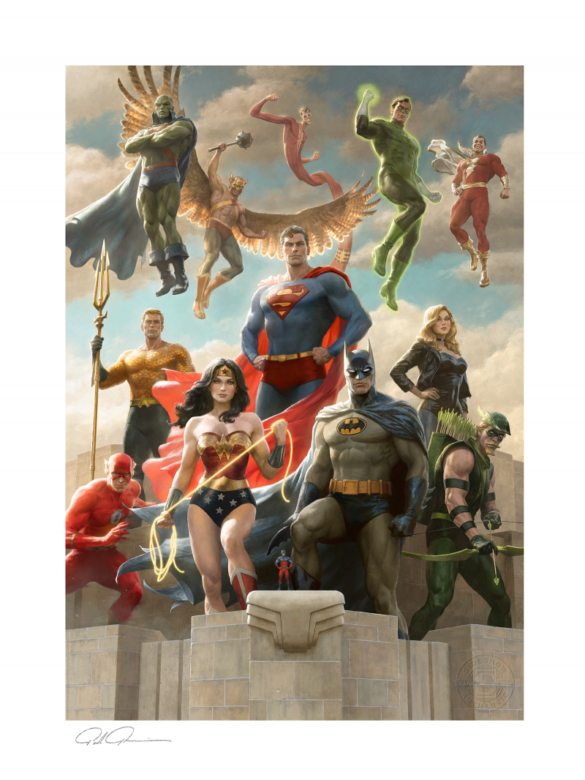 Each “The Justice League: Classic Variant Fine Art Print” features an authorized, automated artist signature and an embossed Seal of Authenticity as a part of the limited edition of 300 pieces. Pair this print with your own league of DC Comics collectibles or Rivera’s original The Justice League Print from Sideshow to bring hope and heroism home to your collection.

Paolo Rivera started working for Marvel Comics in 2002. Although he began his career painting in oil, he’s since moved on to penciling, inking, and coloring. He was born and raised in Daytona Beach, FL, and graduated from the Rhode Island School of Design in 2003, where he studied with David Mazzucchelli. He broke into the comics industry thanks to writer Jim Krueger, whom he met at Megacon in 1999.