Sideshow and Hot Toys celebrated this year’s Batman Day with this incredible recreation of Batman in Tactical Batsuit, as seen in Zack Snyder’s Justice League movie.

The movie’s story has become legend; when director Zack Snyder had to prematurely leave the production, Joss Whedon was hired to take over. The released version was very different from Snyder’s original vision. When fans campaigned for the Snyder cut to be released and Warner Bros. eventually caved, it represented an extraordinary moment in movie history reflecting the depth of passion fans have for these projects.

Add to this the fact that, with a four-hour run-time, it’s currently the longest superhero movie out there, plus the release of a black and white edition meant that the film brought a new meaning to the term Event Movie.

Having also appeared as Batman in Batman Vs Superman: Dawn of Justice, the first Suicide Squad movie, as well as being due to make an appearance in The Flash and Aquaman and the Lost Kingdom, Ben Affleck is very much synonymous with the DCEU, so that chin and that grimace are well worth immortalizing in action figure form. This release comes with three variations of lower face featuring three levels of intensity, and I’m not sure even Affleck’s family could choose between which captures his likeness the most. 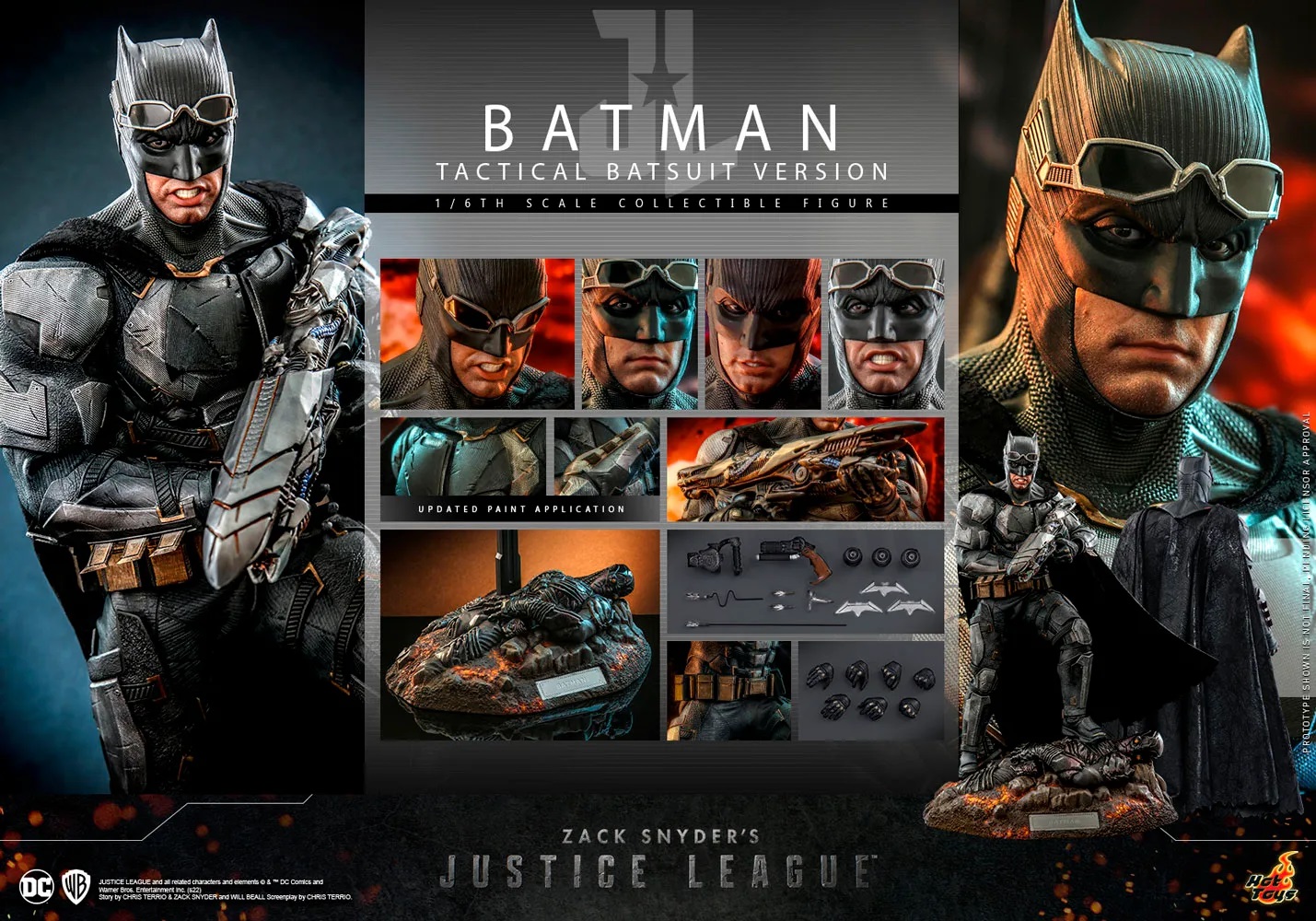 The Batsuit itself heralded the formation of the Justice League, specifically to battle Darkseid’s Parademon army (once Batman had been forced out of the Batmobile!) Maneuverability and access to weapons were as important as armored protection, so the figure comes with a wealth of weaponry and a suit that looks dramatically posable. The hidden joints make each of the product photos look like a movie still or a statue. Personally, I love the goggles which make him look studious as if he’d simply found a place for his reading glasses. It makes the dead Parademon at his feet all the more chilling.

The Batman, Tactical Batsuit Version is due out between October 2023 and March 2024 and is available to pre-order now.

Batman designed the Tactical Batsuit after forming the Justice League in order to combat the invading Parademon army. It’s an upgraded, tougher version of his iconic costume with visible light armor plates offers protection from the hits while still being able to move and throw quick punches. He can also wear goggles with the suit that allows multiple functions to assist him in piloting his vehicle.

Meticulously crafted, based on the image of Ben Affleck as Batman/Bruce Wayne in Zack Snyder’s Justice League, the figure showcases the Tactical Batsuit in gorgeous detail with updated paint applications.

The figure also comes with a Paredemon diorama base tinged with painted lava and weathering details.

This unique Batman figure will bring justice to your collection! 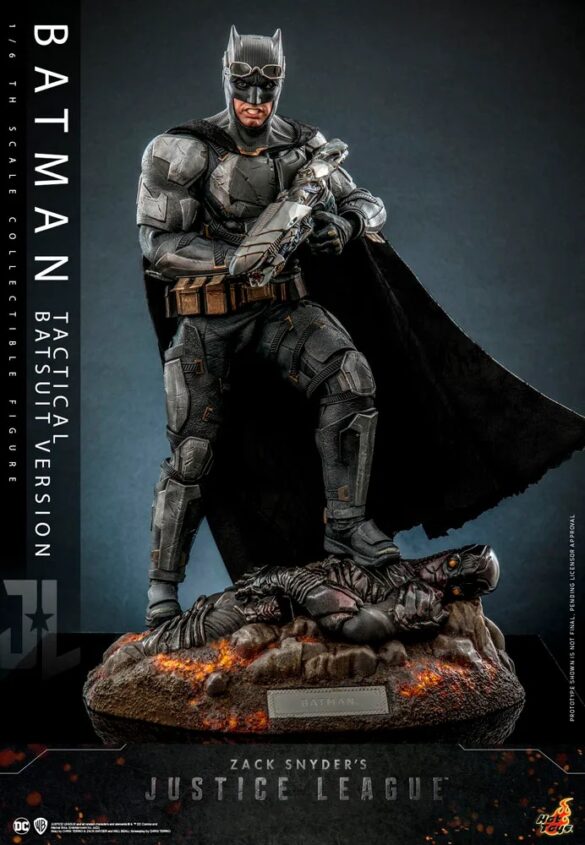 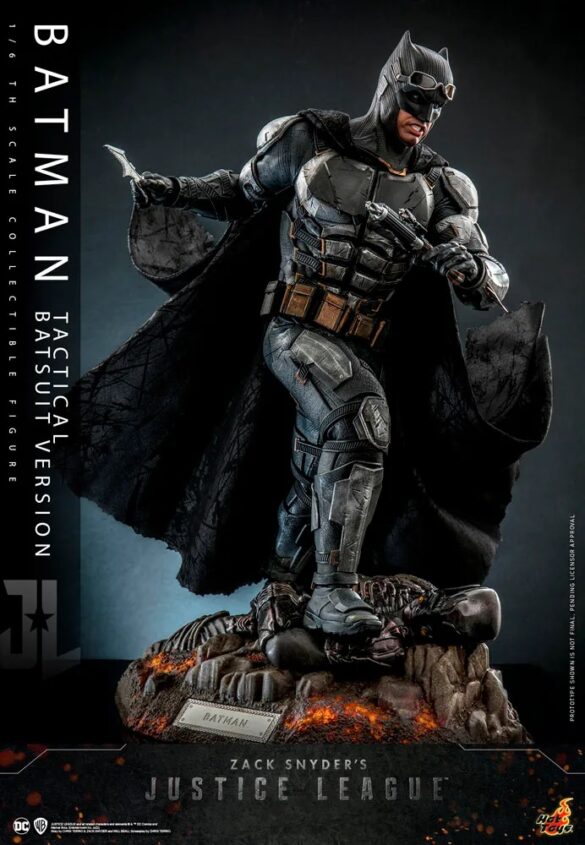 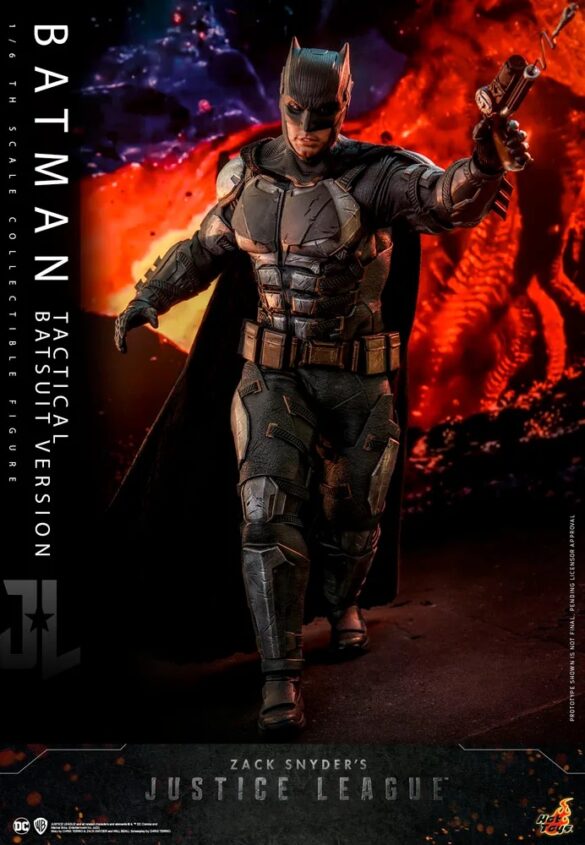 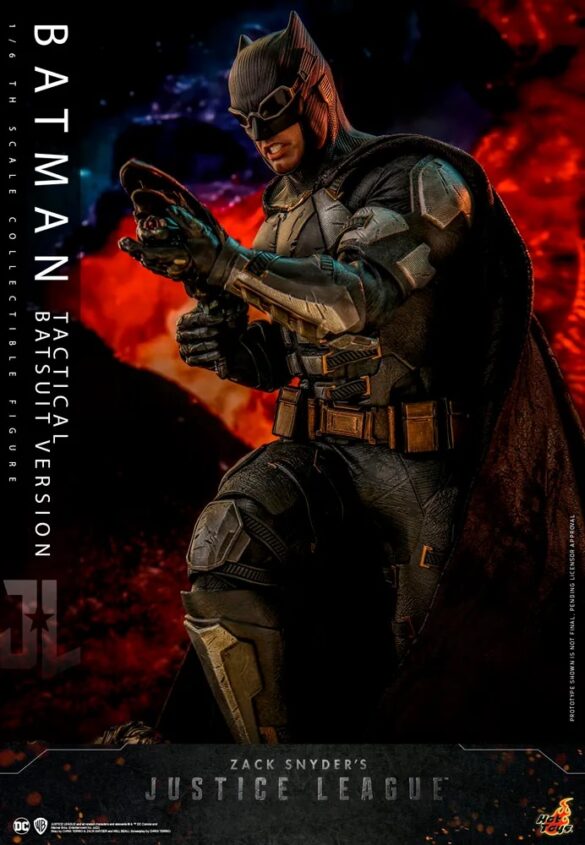