The Flash and Batman are great on their own, but DC’s Metalverse brilliantly melded them together. Now they have devolved further, to create The Reverse Red Death, and Sideshow and Prime 1 have created an amazing statue of the ex-villain.

All Of Them, Insane.

The Metalverse, from Dark Nights: Metal and Dark Nights: Death Metal, unleashed an incredible series of different worlds where Batman had combined with other characters and was evil, in some way or another. On Earth -52, Bruce began to go crazy after so many of his Robins died and used all the weapons he’d confiscated from his Rouges to force Barry Allen to give him his speedster powers. 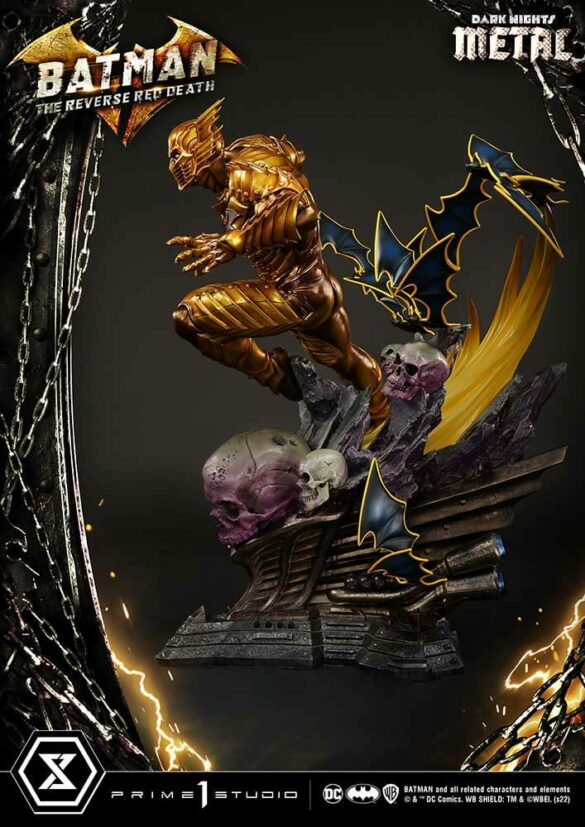 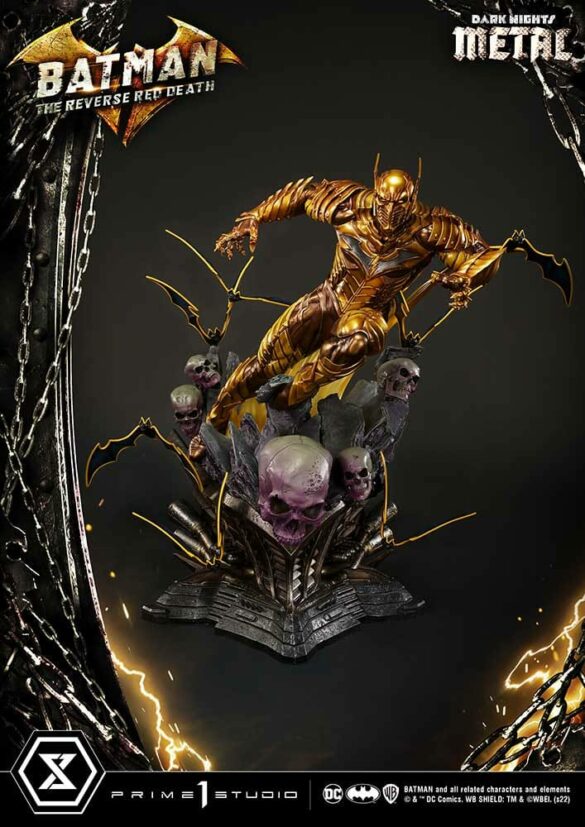 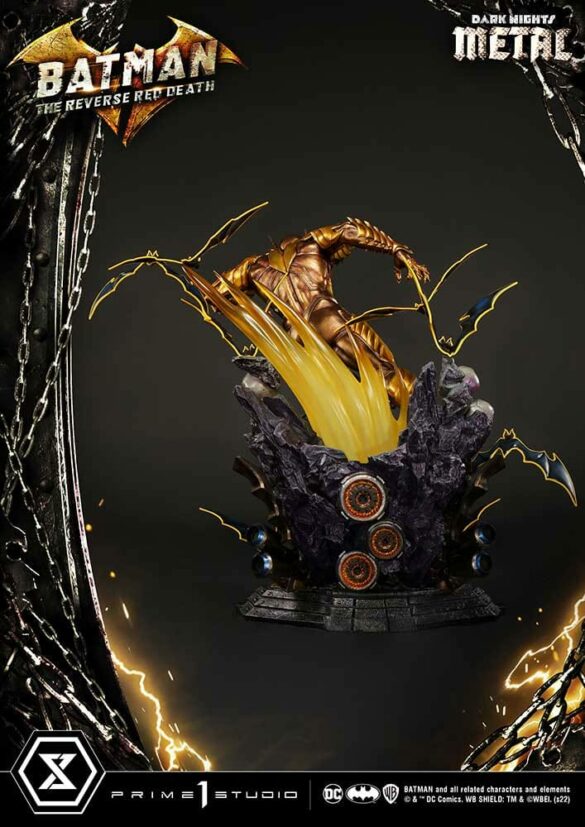 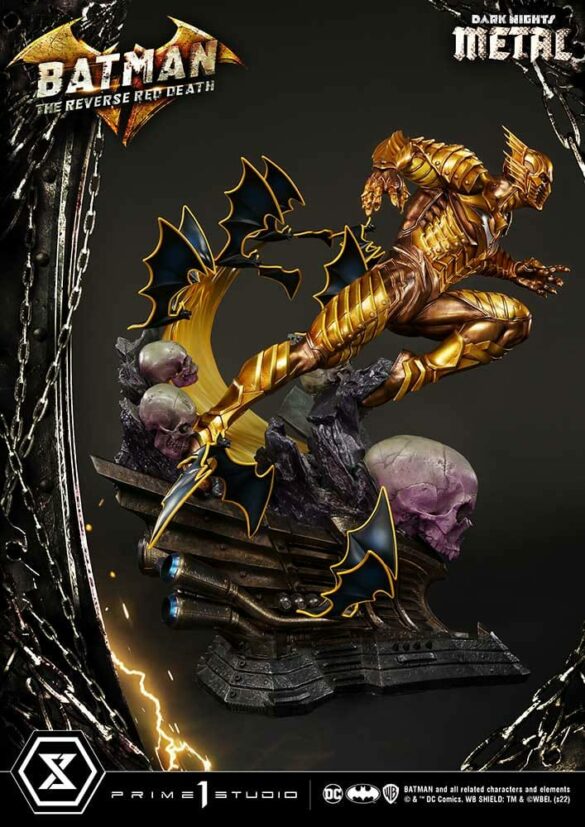 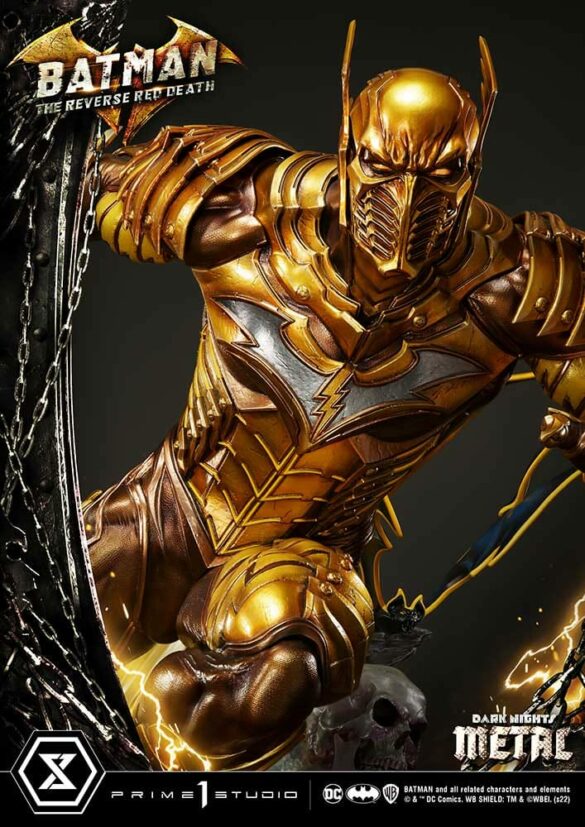 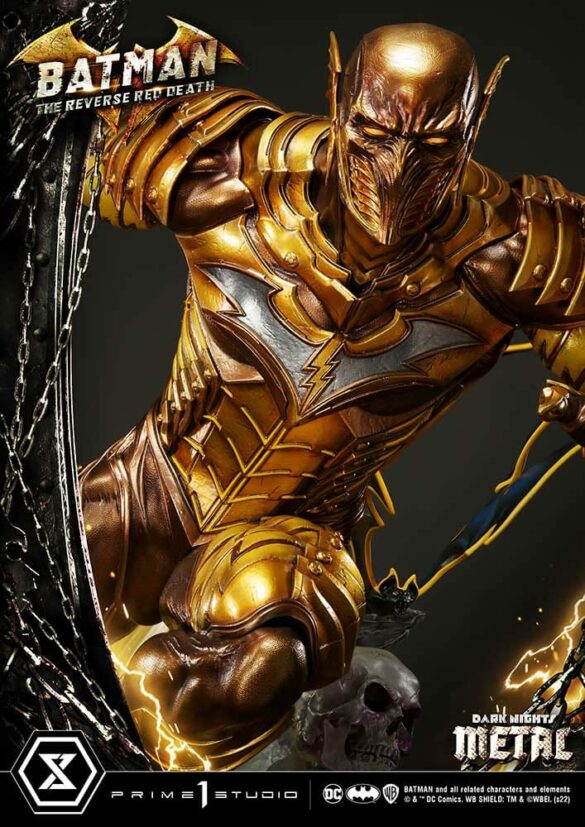 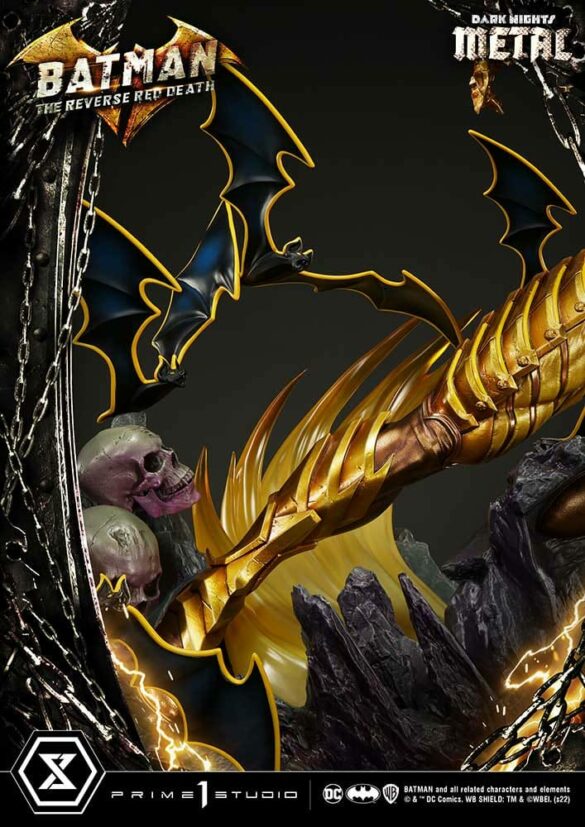 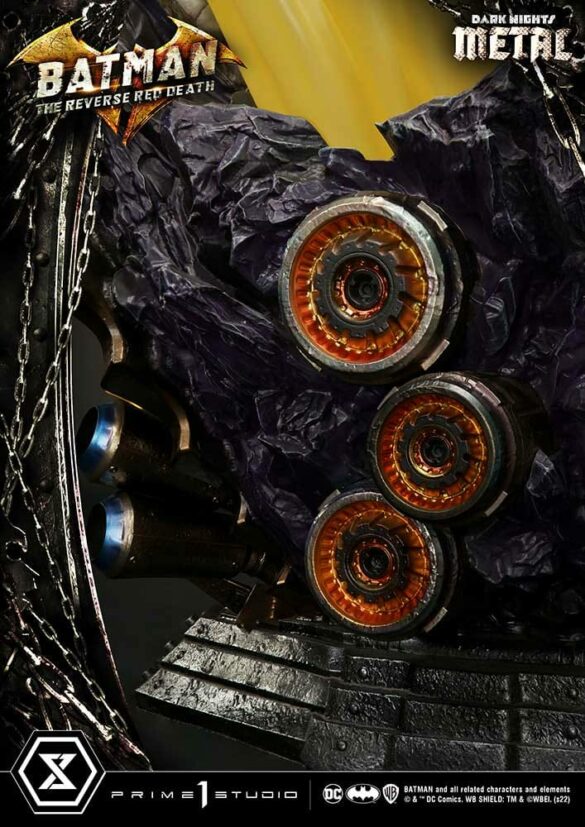 After Batsy joined them both through Speed Force, they merged horribly and The Red Death was born. This made killing Batman’s villains much easier than it had been. Fighting with The Flash from another world in the multiverse, he was then exposed to positive energy which changed his appearance, thus allowing Barry’s consciousness to take over, making The Reverse Red Death emerge, looking very golden. Then they all saved the multiverse and he lived happily ever after… the end. You don’t need to fact-check that last bit.

Although there seems to be no end to the speedsters in DC, there is a limit as to how many The Reverse Red Death statues are out there. With only 250 pieces made, this figure stands at a grand 29.6 inches tall and is full of incredible detail. Bathed in lavish gold, stunning Speed Force armor, and followed by bats, everything about this statue is exactly as it looks in the comics. The detailed skulls, exhaust pipes, and afterburners all to the golden nightmare. He also comes with two interchangeable heads, one with the Batman cowl, and one with The Flash’s headwear.

To add this stunning villain-turned-hero to your collection, pre-order today. 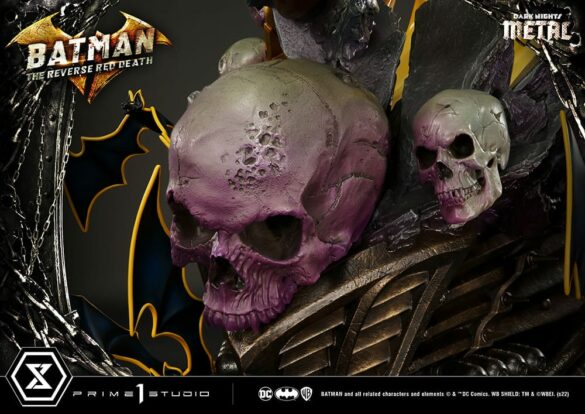 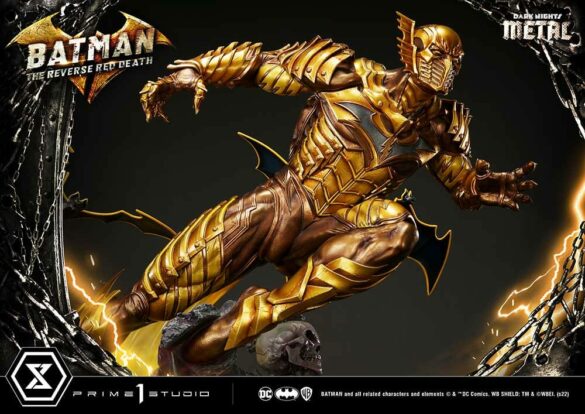 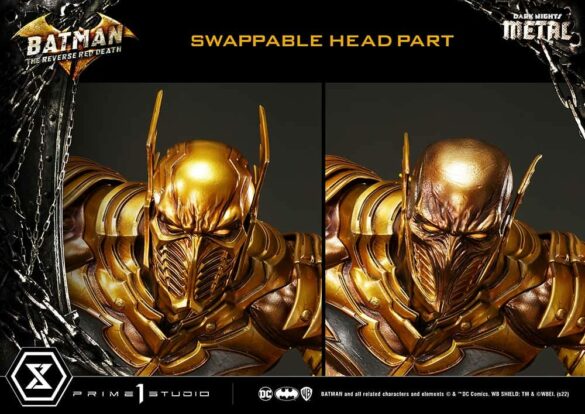 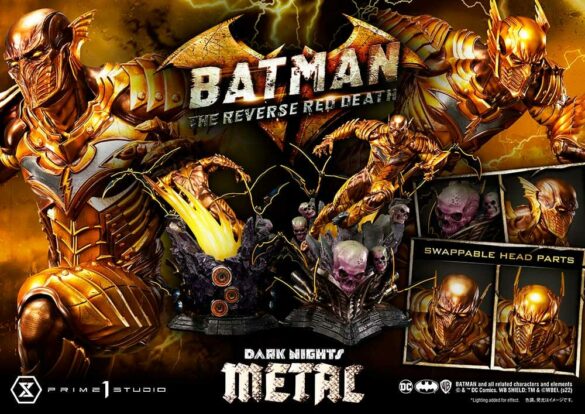