The set of four DC Comics Batman baubles will light up your Christmas like the bat signal on a gloomy Gotham night. They feature classic illustrations of the Dark Knight, his famous bat logo, his sidekick Robin and arch-enemy The Joker against high-gloss and glitter backdrops. The set of four Batman baubles is priced at £9.99 per set. 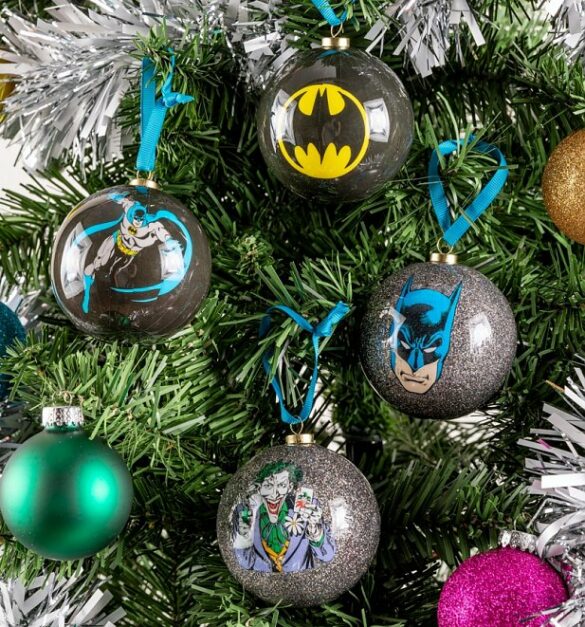 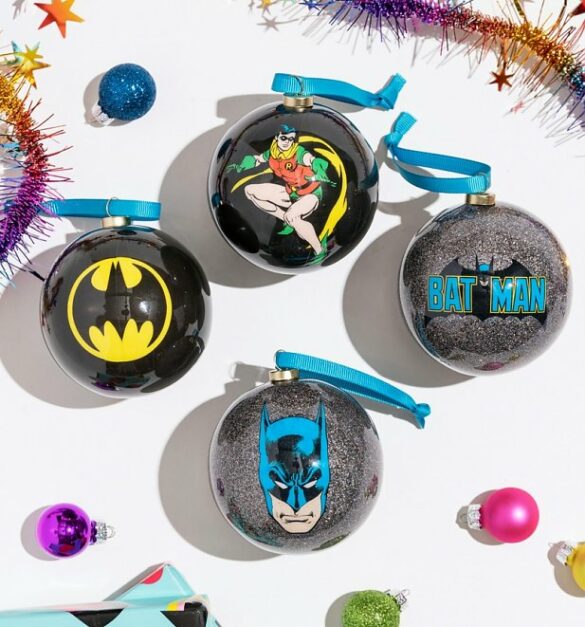 These baubles are not yet available for purchase but, you can sign up for notifications and they are estimated to be released on November 4th.

Bad-ass superpowers, unrelenting hunger for justice – and shed loads of glitter; it’s like all our Christmases have come at once. This super-shiny set of six DC Comics baubles features Wonder Woman, Superman, Batman, Batgirl, The Flash, and Catwoman; ready to save Christmas from boring decorations. 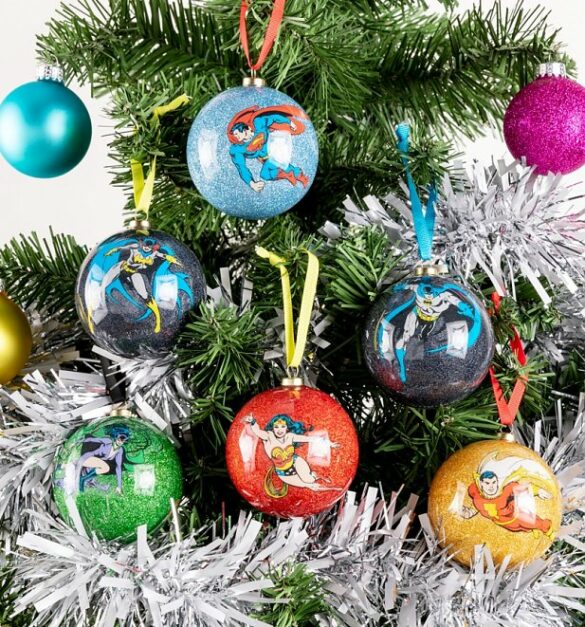 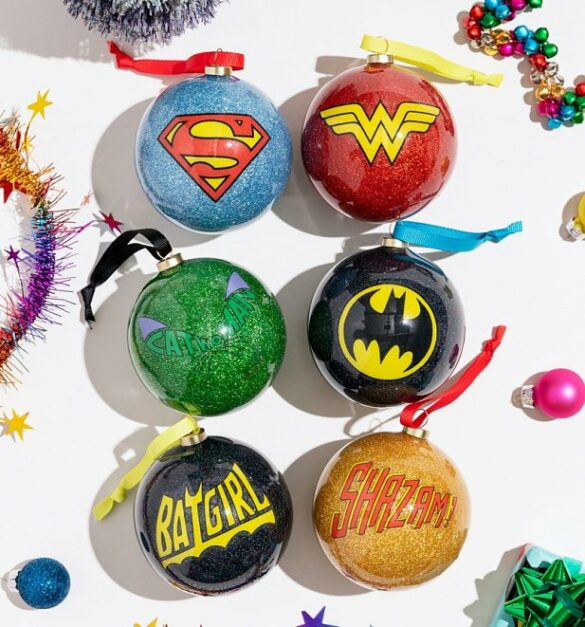 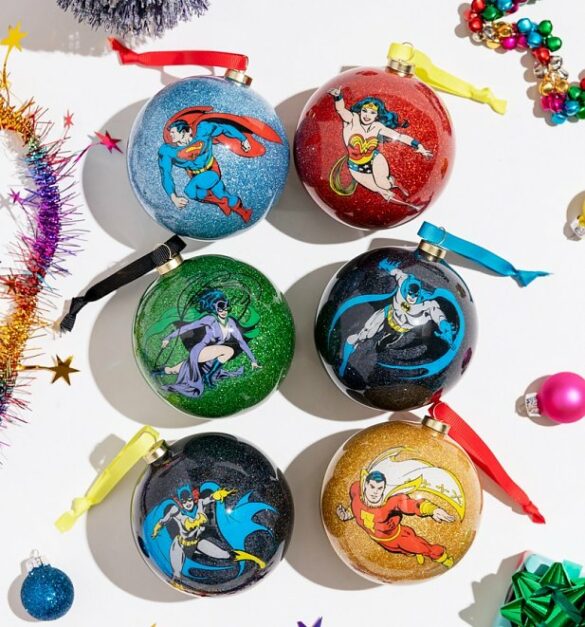 These baubles have pictures of the various DC Comics heroes printed on one side and their logos printed on the other side. The set of six DC Comics Heroes baubles is priced at £12.99 per set.

Like the Batman baubles, the DC Comics Heroes set isn’t yet available to order, but, you can sign up for notifications. According to the Truffle Shuffle website, these treasures are estimated to be available from November 5th.