On Saturday 6th August Park Row London celebrated its first birthday. Normally, the DC Comics inspired restaurant has a dress code that does not allow costumes but, for one night only, they invited guests to dress as their favorite DC superheroes and villains for a special cosplay party.

When we were seated in the restaurant every table had a letter from James Bulmer, the founder of Park Row, thanking people for attending and celebrating the milestone with him and all of the team. The letter was sealed with an imitation wax seal with the Wayne family crest. 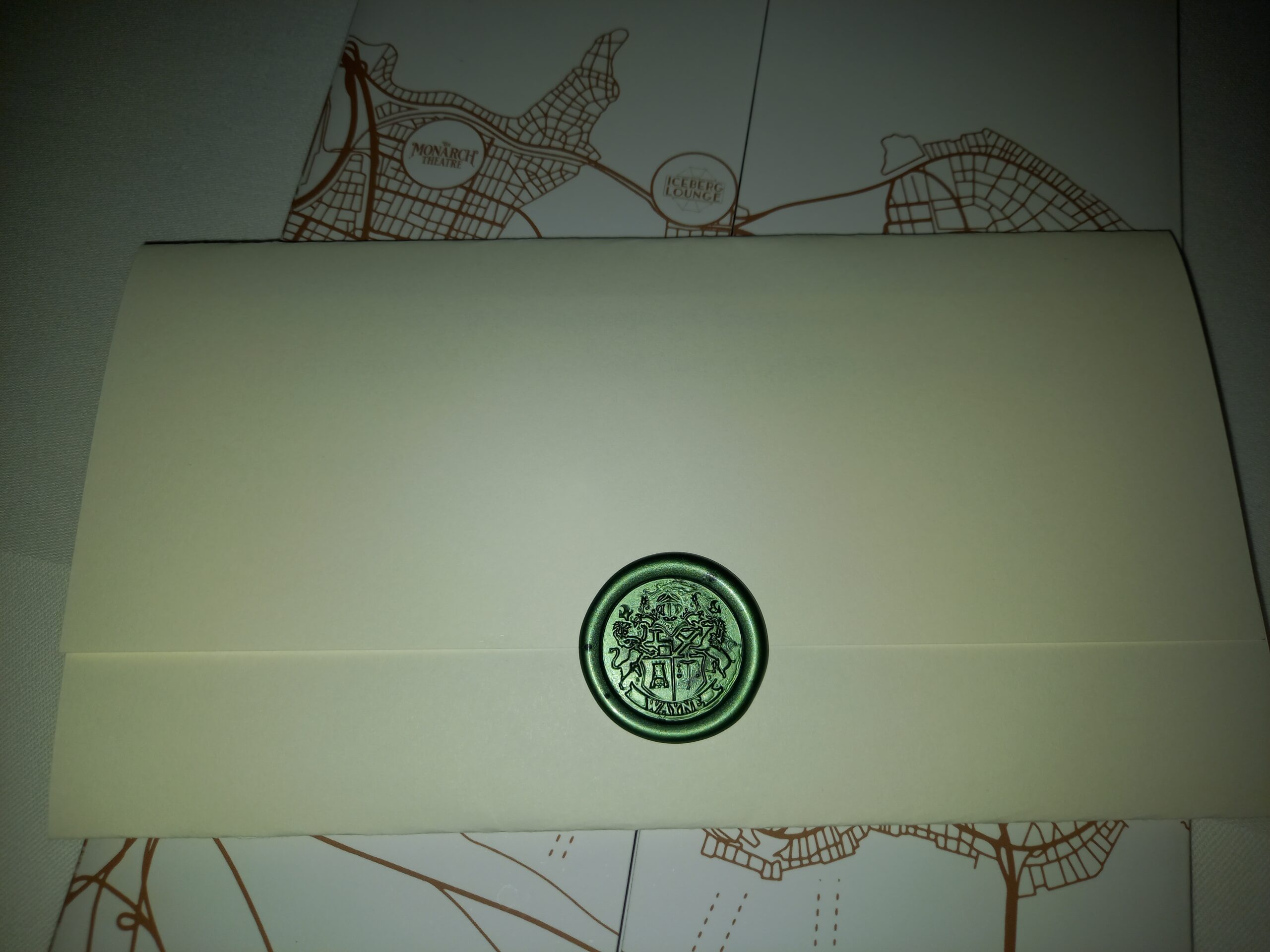 Cosplayers were out in force and did not disappoint. I chose not to dress in costume myself and instead opted to wear a DC Comics inspired dress and Batman shoes. My niece Daisy (who was also celebrating her birthday) dressed as Batgirl and loved seeing everyone else in their costumes. 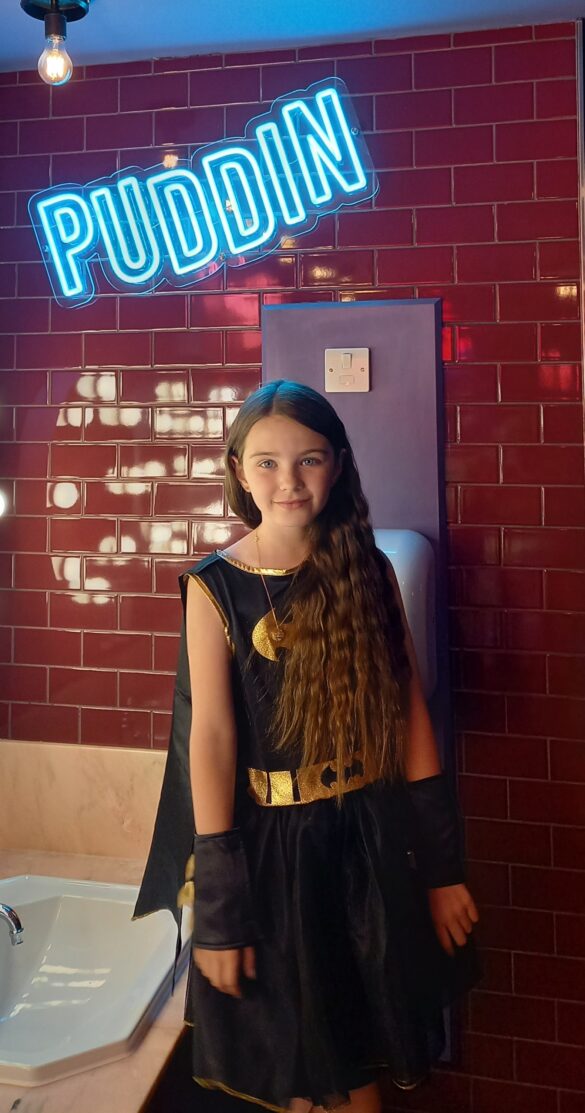 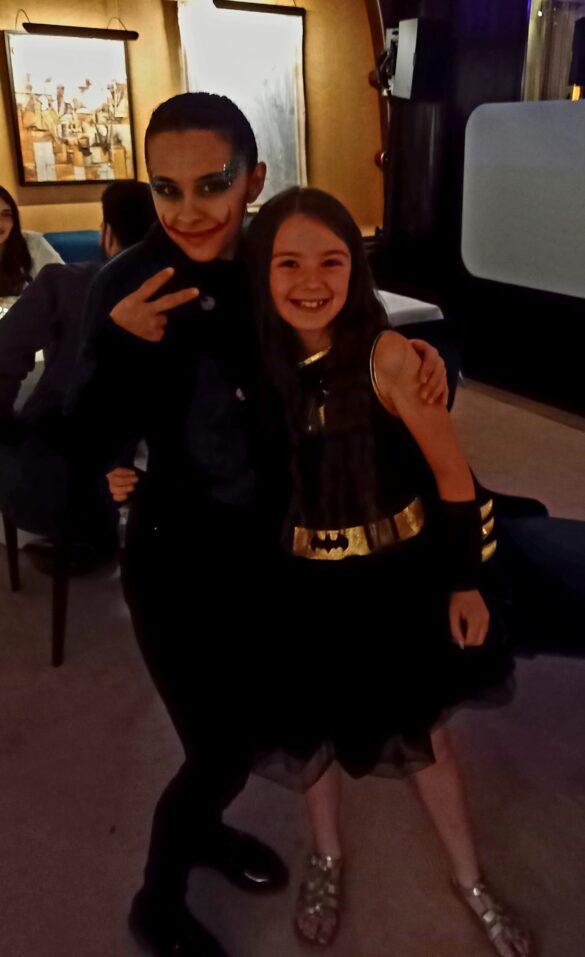 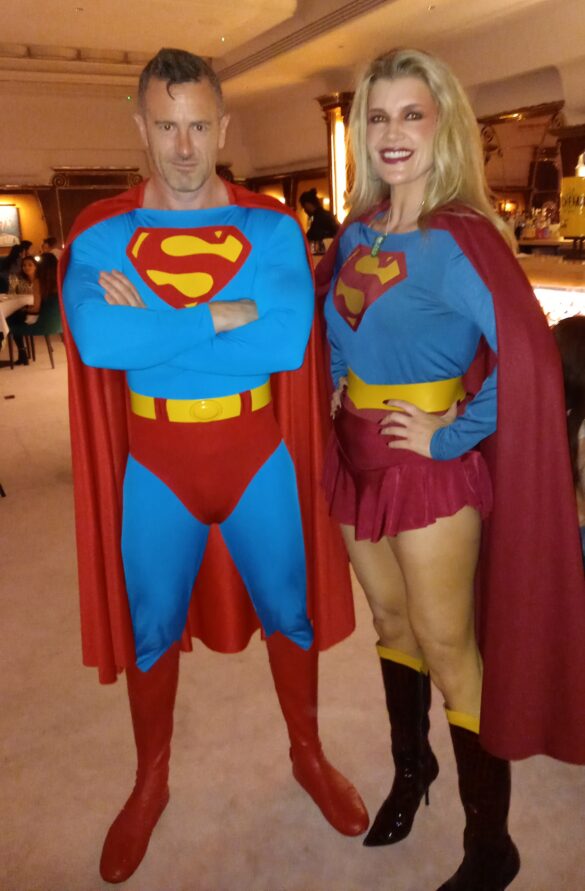 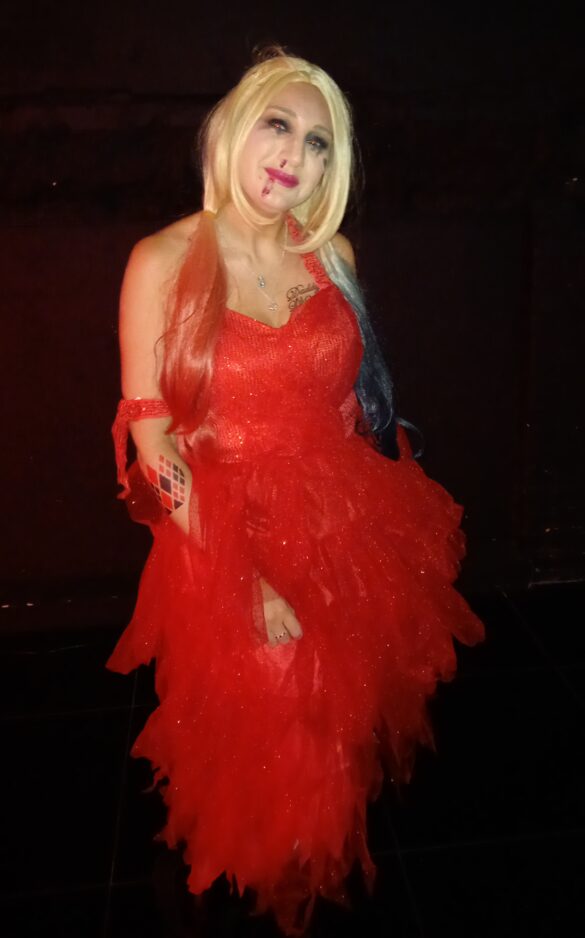 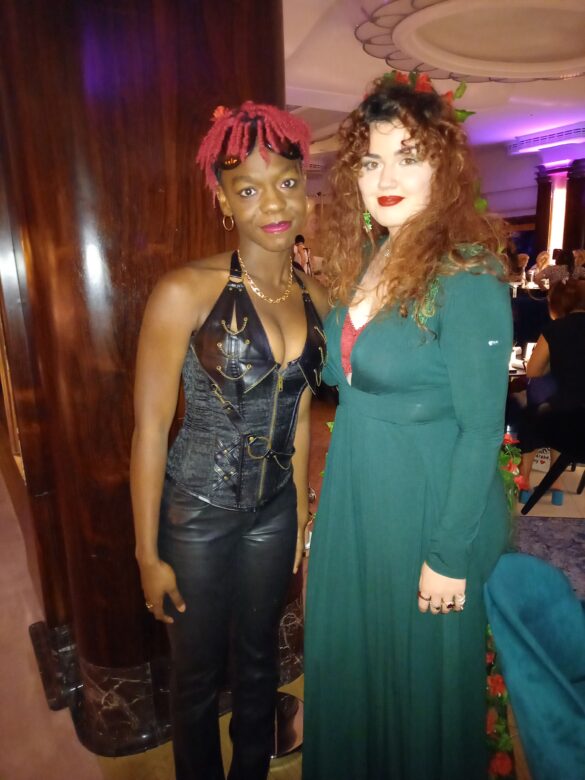 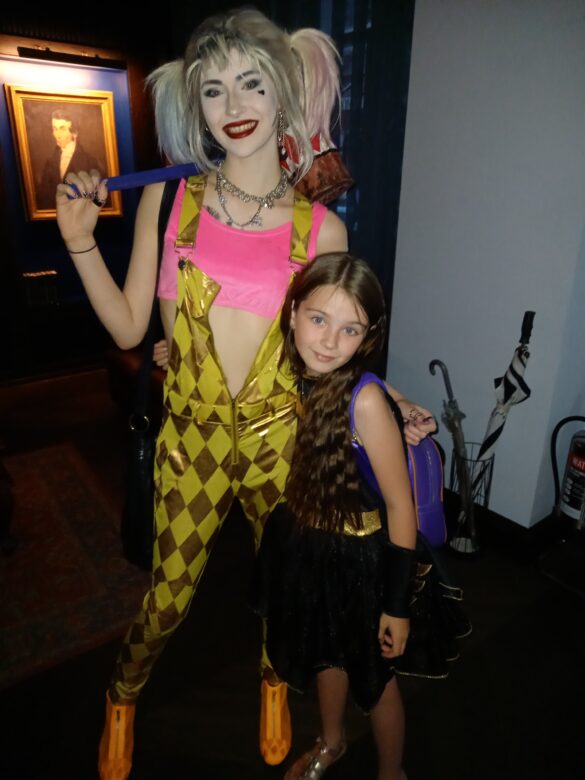 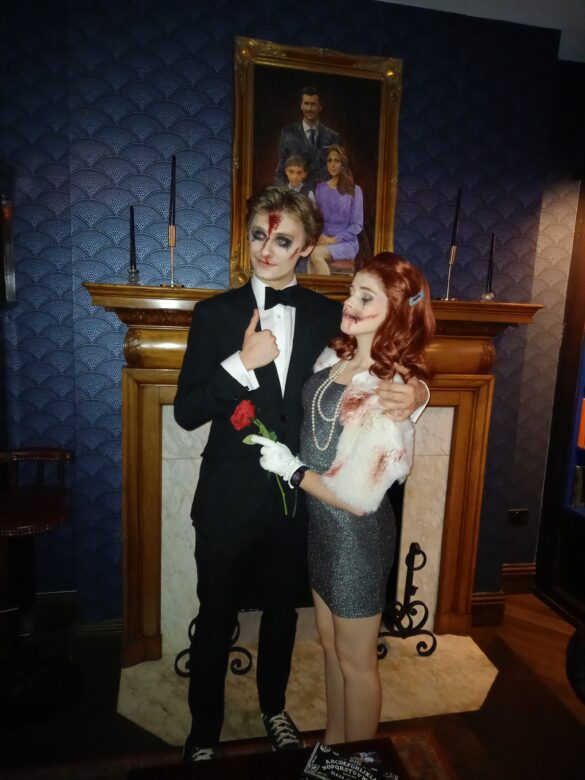 Throughout the evening we saw multiple versions of Harley Quinn, Joker and Catwoman. Also in attendance were Poison Ivy, The Riddler, Batman, Superman, Supergirl and many more. Even Bruce Wayne’s parents returned from the grave for the event. The Park Row staff also channeled their inner villains with make up inspired by The Joker, Harley Quinn and Catwoman.

Throughout the evening there was also some beautiful live jazz music. As well as cosplayers the Gotham City Police Department also made an appearance with a car parked outside the restaurant, along with a GCPD barrier. In the window of the car was a wanted poster for The Joker. I think they may have had their hands full considering how many Jokers were in attendance. 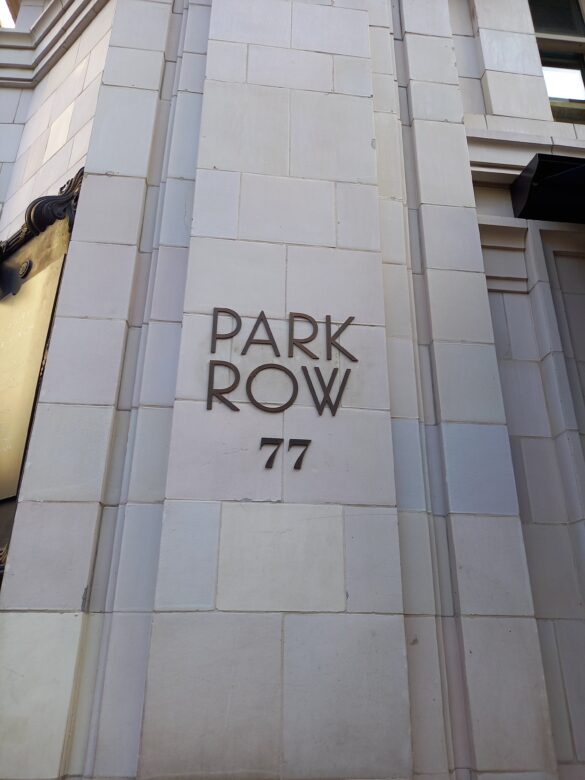 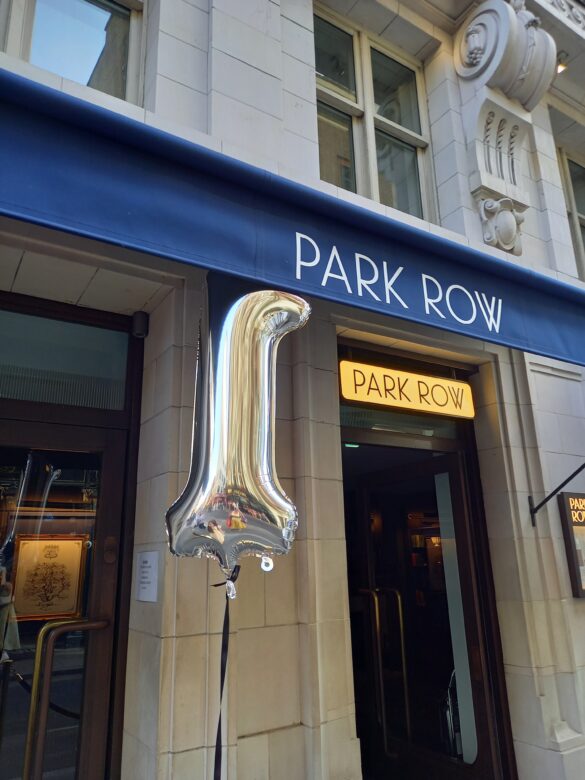 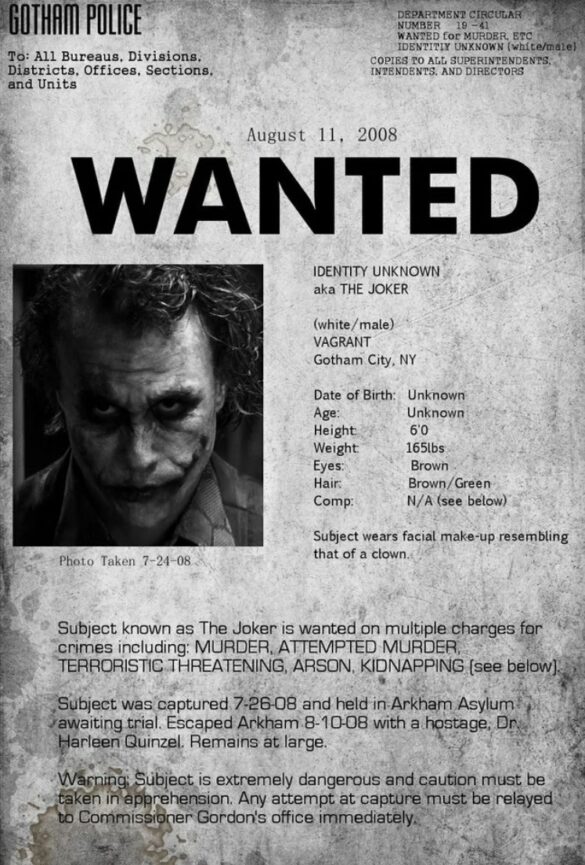 There was even a cosplay party and DJ later on and everyone had a fantastic evening with amazing food and entertainment. The staff were incredible, as always, and it was so much fun seeing everyone in their fantastic costumes and the GCPD. This was a brilliant event and I really hope that they more events like this at Park row.

Images courtesy of Louise Dempsey. Content may be subject to copyright.