Eobard Thawne is dead, and it’s up to Batman to find the Clockwork Killer, in this month’s Flashpoint Beyond #4.

So far, the villain has murdered some key figures, such as Barry Allen and Aquaman. His most recent victim is the Reverse Flash (Eobard Thawne), a key player in the original Flashpoint storyline, as well as in “The Button”, a cross-over between The Flash and Batman back during Rebirth.

Initially, Thawne was one of Flashpoint Batman’s suspects, so his murder came as somewhat of a surprise. The issue opens with Thomas conducting an autopsy on Thawne’s corpse in which he finds gears to a clock. 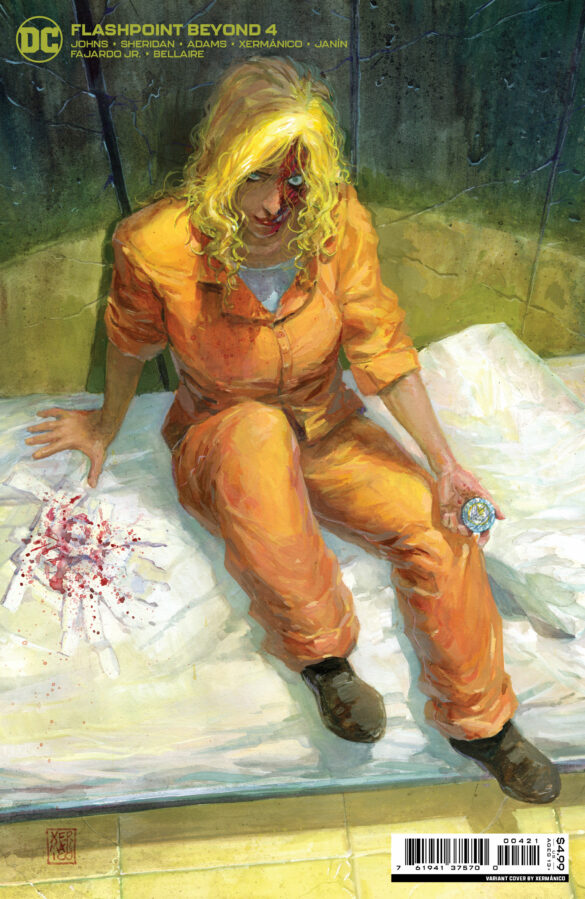 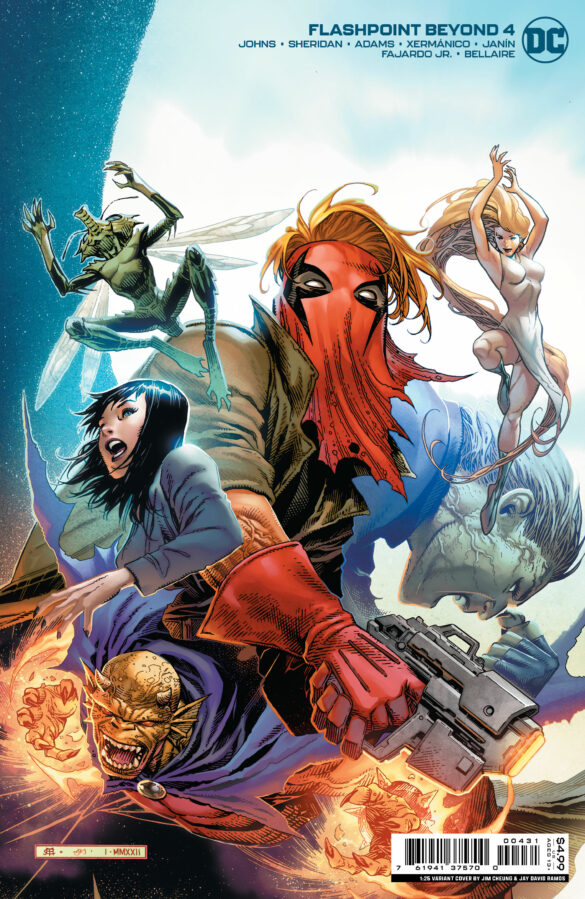 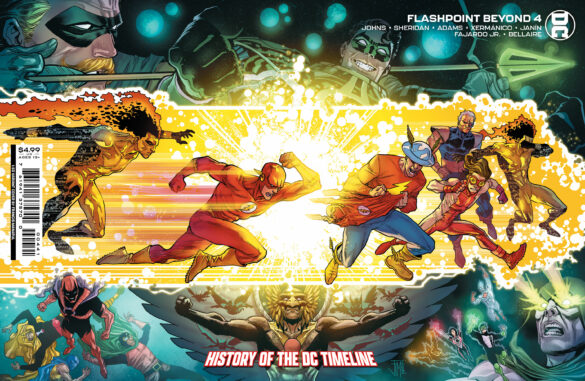 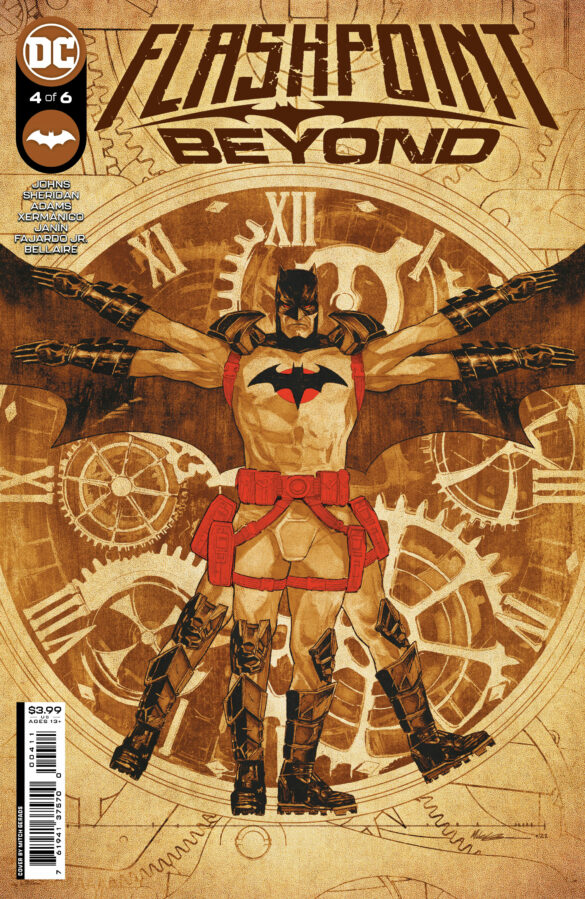 One of the both frustrating and rewarding aspects to this series are the tensions between the major plotlines. While Thomas Wayne’s trying to understand how his home timeline has returned through his investigation of the Clockwork Killer, he’s also been bombarded by the natural drama that would arise from his universe.

For example, when Harvey Dent was murdered earlier in the series, Wayne had allowed his son, Dexter, to live in Wayne Manor, as Dexter’s mom had been instutionalized in Arkham asylum. Much of this issue focuses on Dexter at the expense of progressing the main storyline. Some may find this appealing, and for good reason. Dexter’s story arc is both tragic and comedic. Although he’s lost his dad and his mother is as loopy as a Loony Tune, Dexter himself has been the focus of an amusing subplot, since he’s essentially being nannied by Oswald Cobblepot. Their relationship is quite funny, as Cobblepot’s been teaching the child criminal skills for the past few issues. Not to mention that the implications of this training have set the boy on an interesting trajectory, which should have larger ramifications for the Flashpoint timeline.

Part of the problem here is that these subplots have little (if anything) to do with The Clockwork Killer. Just like last month’s Superman detour, the Dexter storyline does a great job fleshing out the world of Flashpoint, but the question remains: is any of this relevant? Thomas Wayne believes it’s all meaningless as it’s a timeline that shouldn’t exist and has no real bearing on Earth-0’s normal continuity. While there’s definitely something going on with Hypertime, it appears that Dexter and his arc, however entertaining they may be, have little to nothing to do with the cosmic implications of this story.

Once again, Mikel Janín and Xermanico absolutely killed it with regards to their art. Like every other issue so far,  Flashpoint Beyond #4 looks stunning. These two artists work extremely well together, as I cannot distinguish who drew what. It’s clear that they have a well established aesthetic for Flashpoint Beyond and their execution of said aesthetic has been top notch. 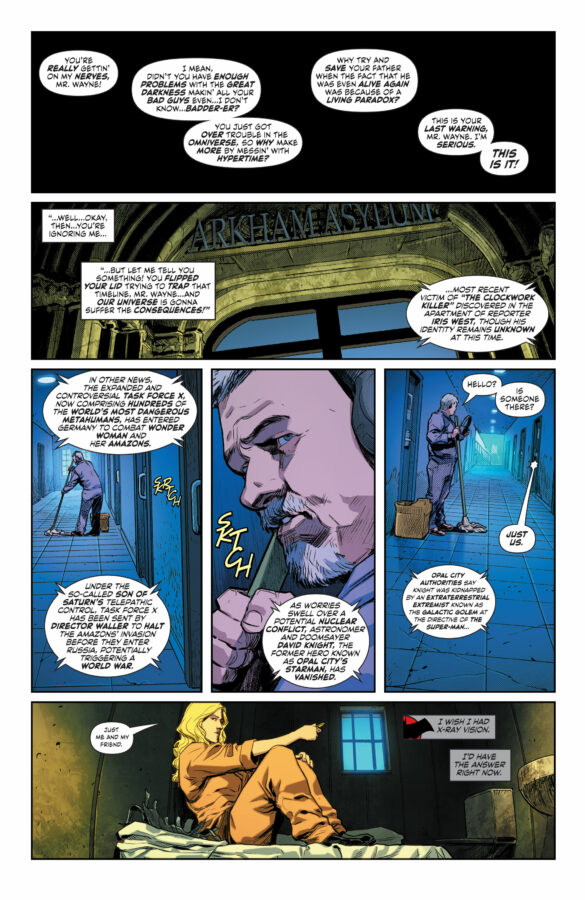 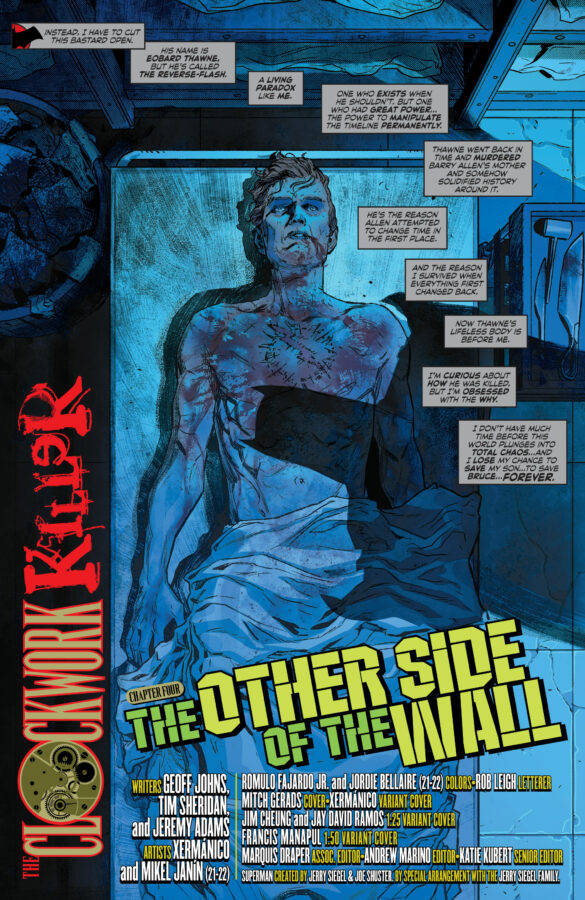 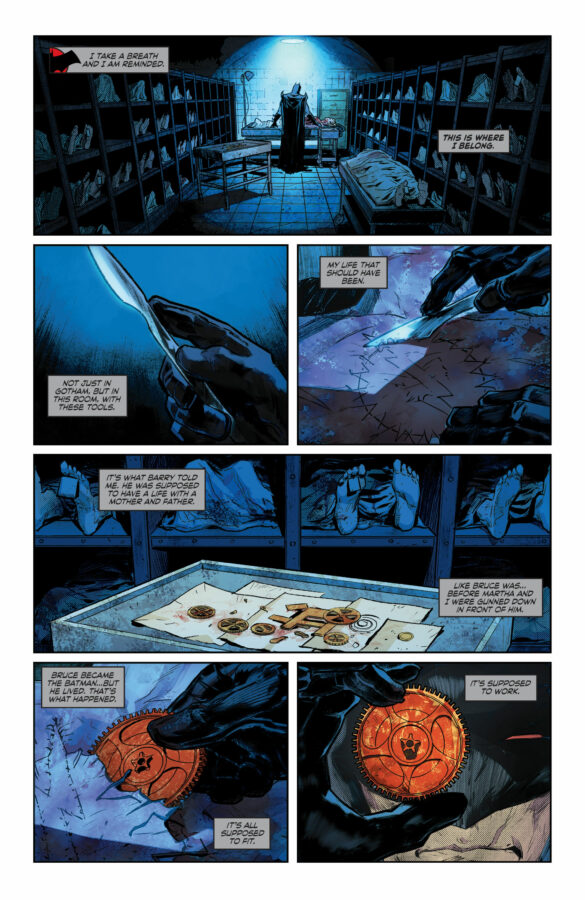 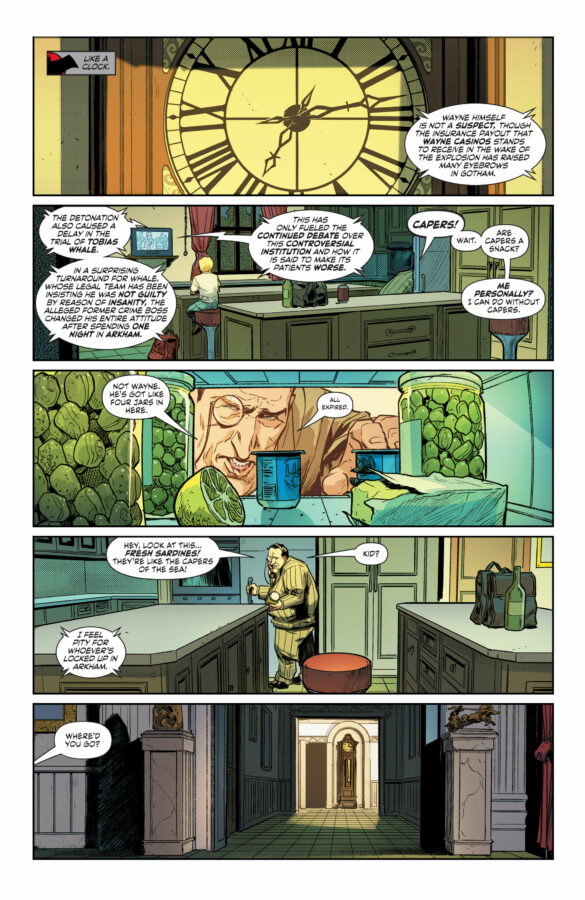 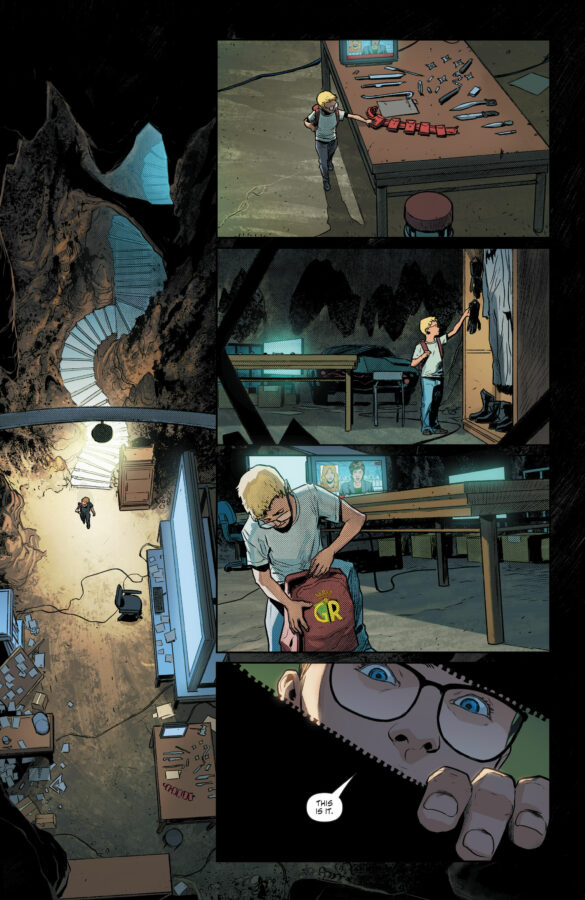 One of the things that I particularly enjoyed about this issue was the artists use of gutter space. In case you aren’t familiar with the term, gutter space is the space in-between panels on a page. Usually, this is dead space; however, for a few pages in this issue, Janín and Xermanico use this “dead” space in a creative way. It’s almost as if they drew a page and then superimposed panels on top of the artwork. This creates an interesting layout design that’s creative and visually appealing.

In some ways, Flashpoint Beyond #4 feels tangential. Johns, Sheridan, and Adams are so focused on the subplots that the main story feels like it’s moving at a snail’s pace. Part of the problem is that the original Flashpoint had multiple tie-ins that helped flesh out this alternate timeline. Unfortunately, Johns, Sheridan, and Adams don’t have an army of writers penning side stories. Instead all of this must be accomplished in a single title, which is no doubt a daunting task. Luckily, they are accompanied by two brilliant artists who crank out some very pretty pictures.

Final Verdict: If you like the larger Flashpoint timeline, then this is a great book. If you don’t, you may be bored.