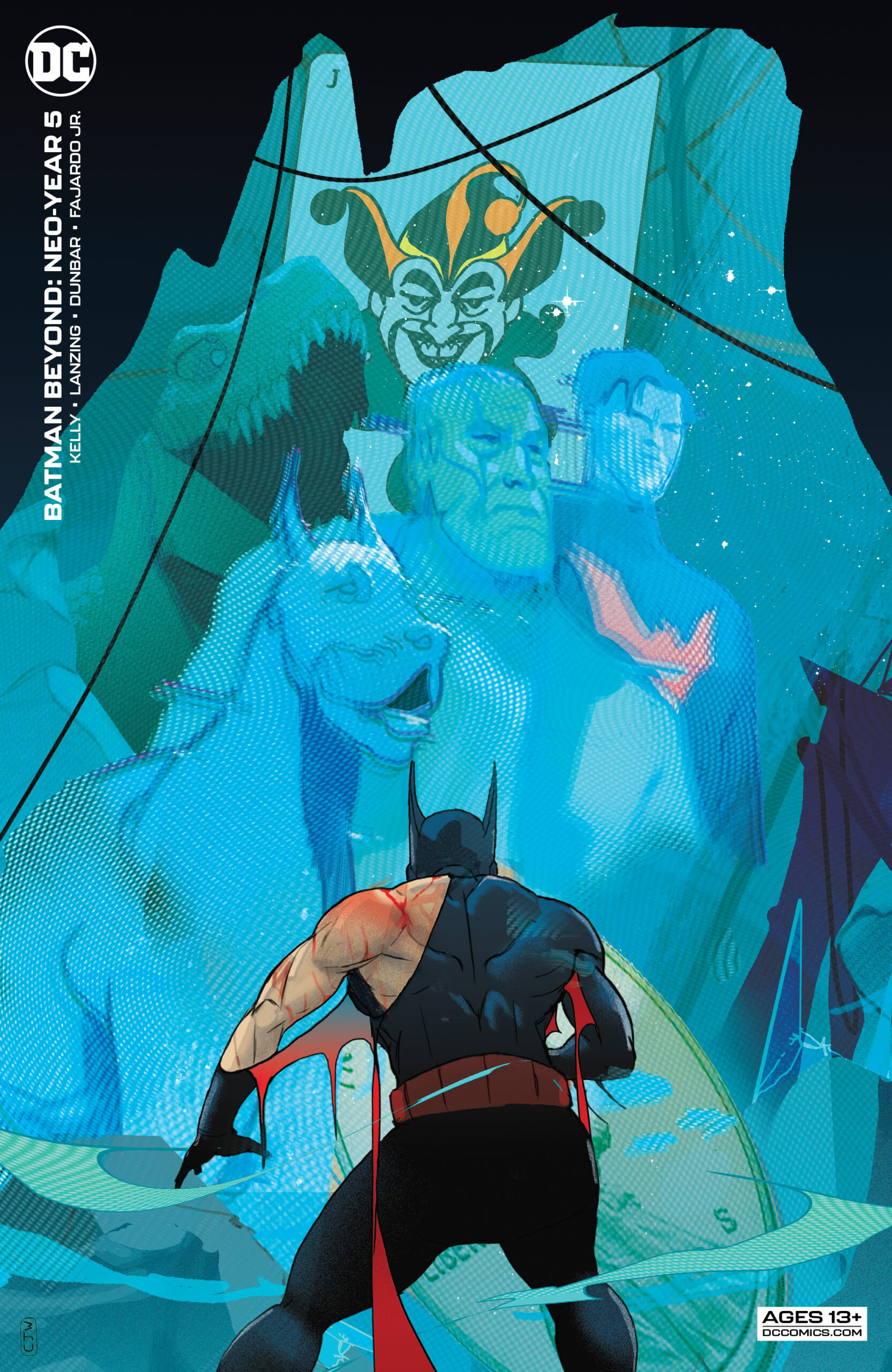 Our hero, Terry McGinnis, suffers an incredibly deep existential crisis in Batman Beyond: Neo Year #5. Gone are the days of a lighter, younger Batman being coached by the growling mentor in the cave. This series has done wonders to expand the character and give us a new perspective on a new and dangerous Future Gotham.

Last issue gave us a look at what the new malevolent force in Gotham is truly capable of, and the brooding hero takes this issue to fully prepare. 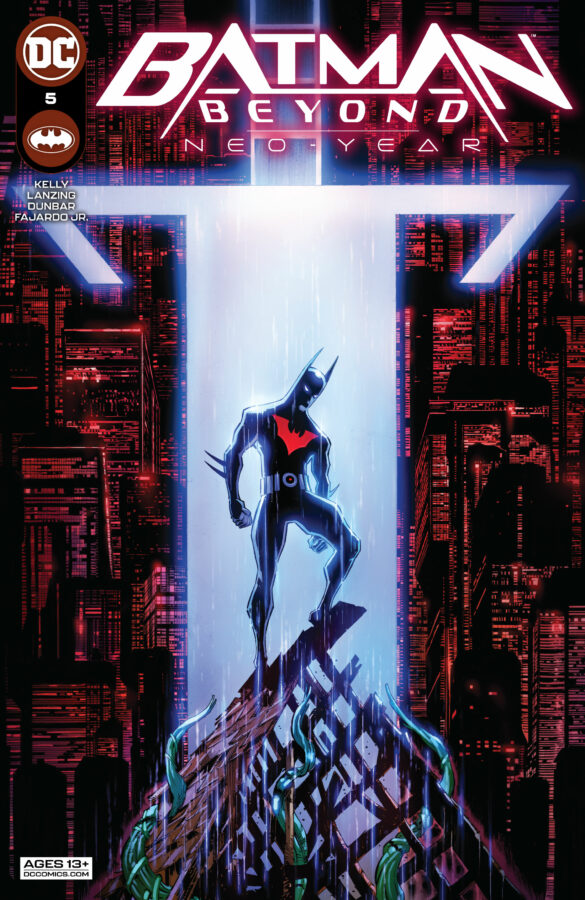 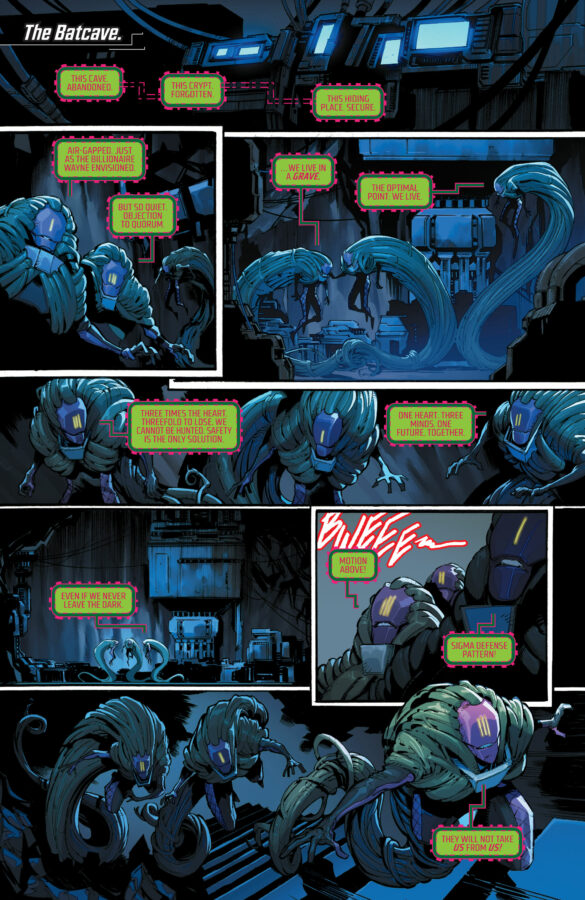 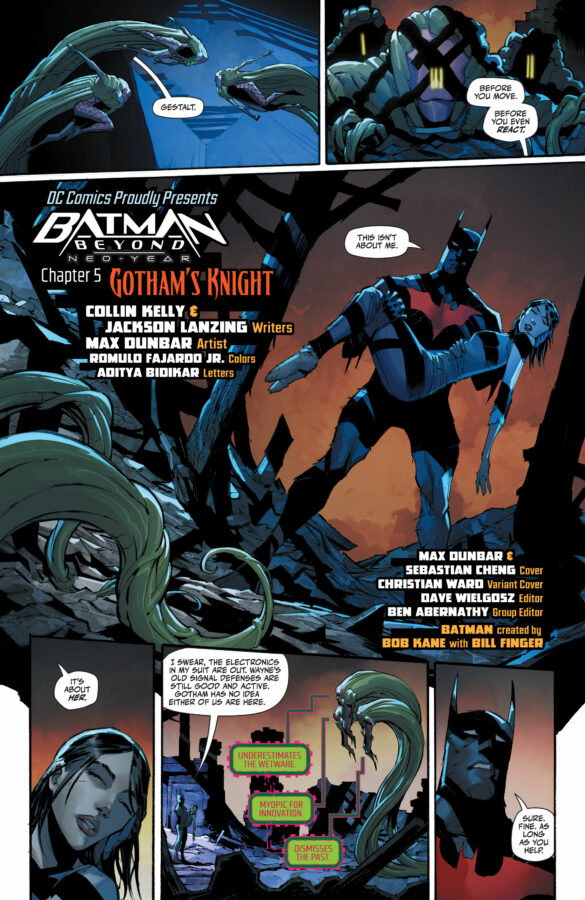 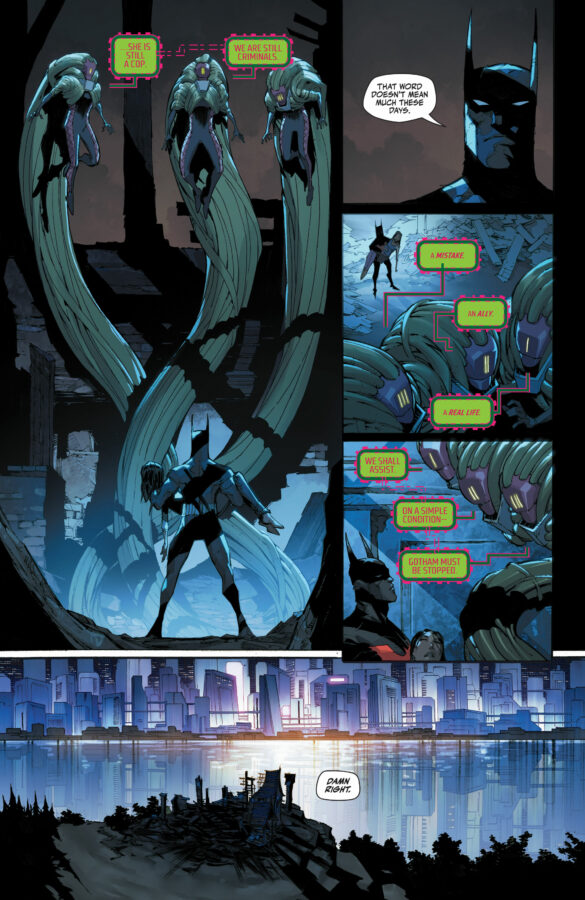 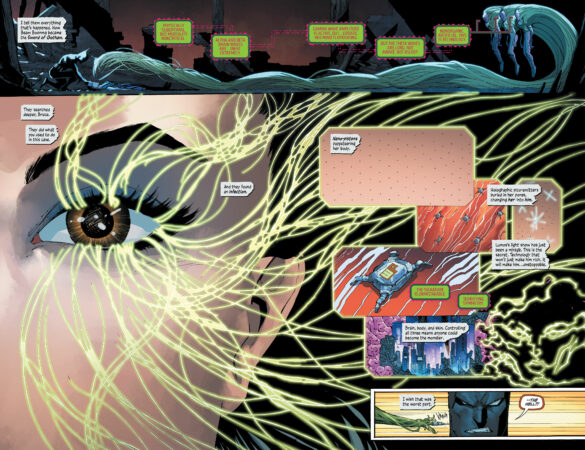 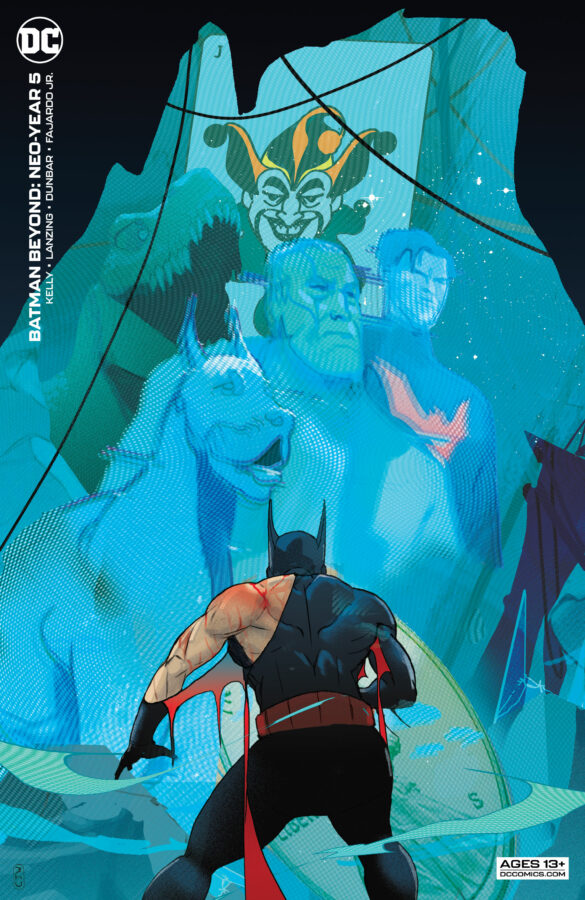 While Batman’s underground and contemplative, we get artwork to mirror this. Many confined panels and deep, blue tones make us feel trapped underground and isolated. Moments with Lumos on TV, and a brief peek at the far away Neo-Gotham give us a chance to see the outside world, but it’s a glaring white light and almost blinding by comparison. Batman needs to recoup in the darkness of the cave, and his own mood, to fully be ready to defend a city that’s out to get him.

The characterization of the entity known as Gestalt is fascinating. The thought of an entity made of three beings, consumed by technology is a very real modern fear… or a utopia, depending on who you ask. I find it reminiscent of the Rat King from Alan Moore’s Ballad of Halo Jones.

Batman Beyond: Neo Year #5 is a character portrait of the resilience of Batman. We see that he’s consistently struggled, whereas the Batman of the past did very well. Boonma said Batman inspired her because he loses, which is true of many fans of the Dark Knight. Batman is a fallible, human hero among godlike entities like Superman, that’s the secret to his longevity. So, when a regular title like this can show that off with fantastic world-building, then comics hit a whole new high.