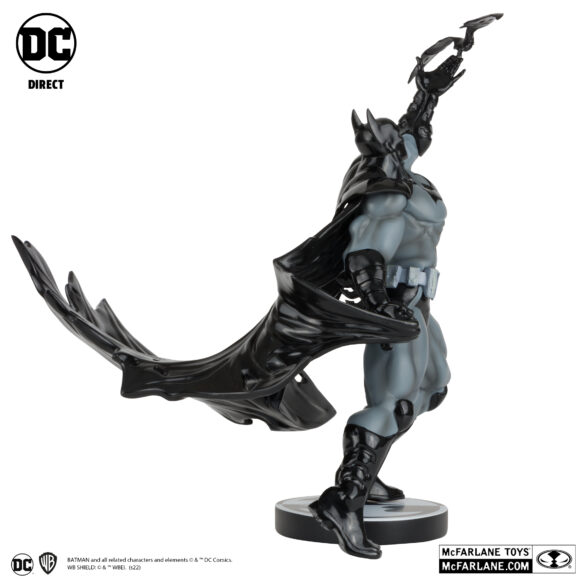 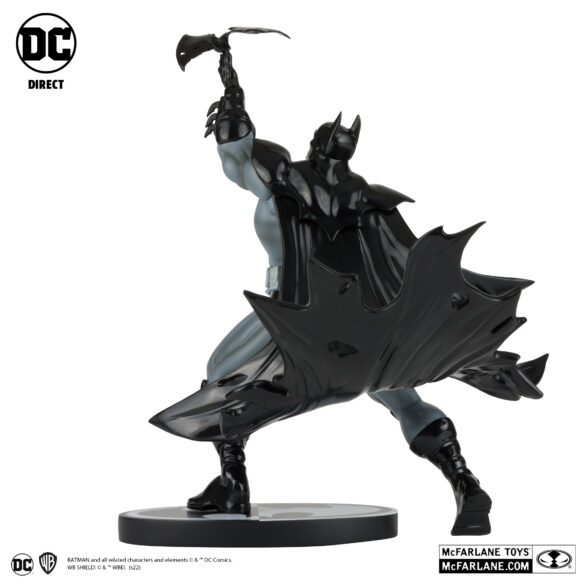 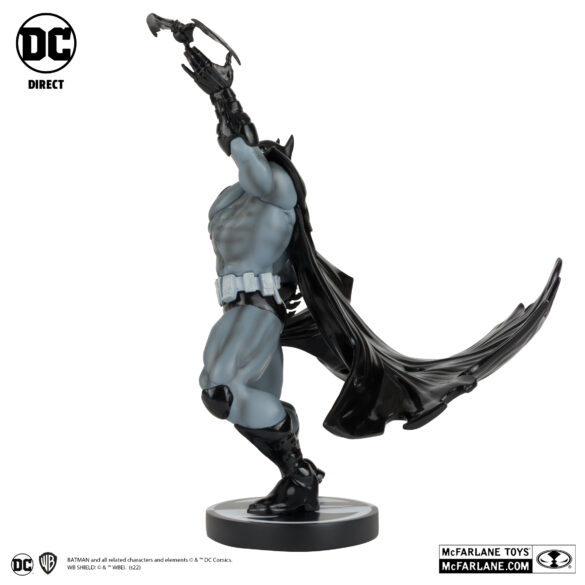 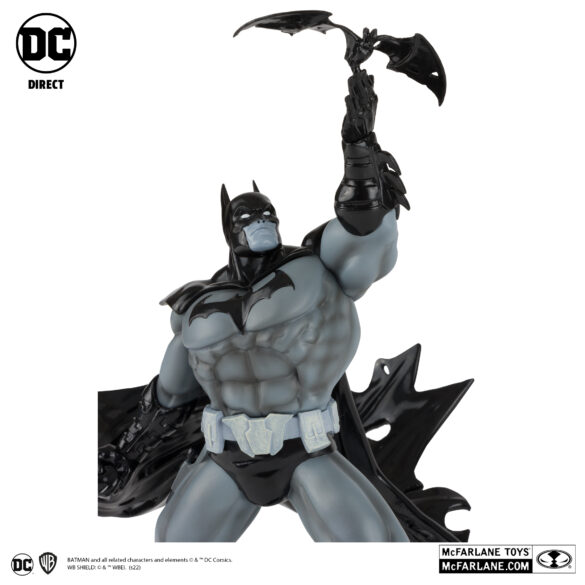 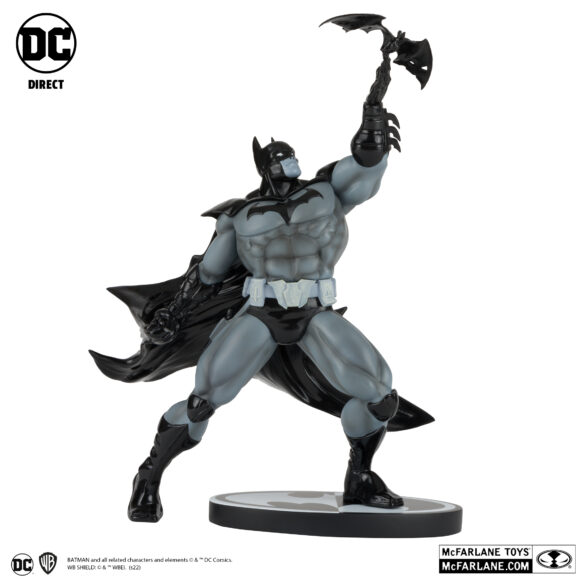 This is a stunningly designed piece that captures an iconic Batman look and feel. This is also the first statue in the line to actually feature a bat. 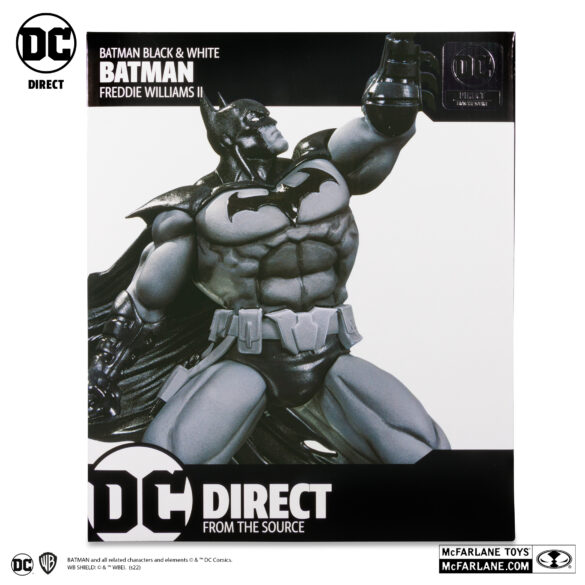 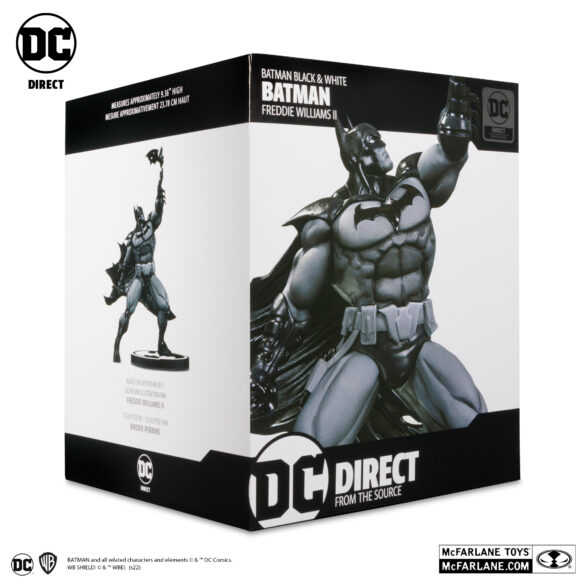 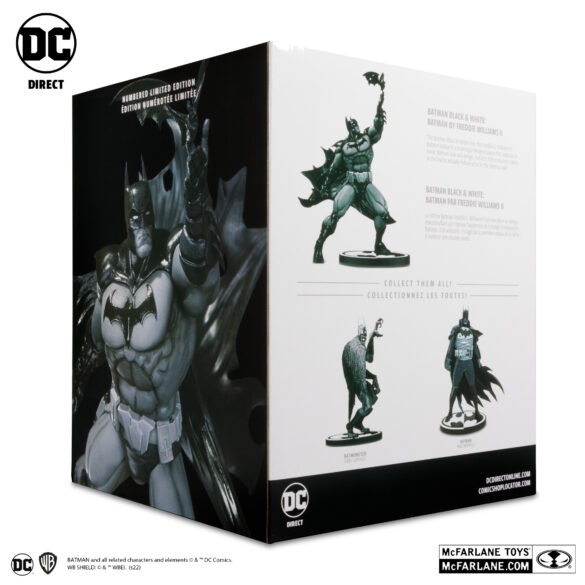 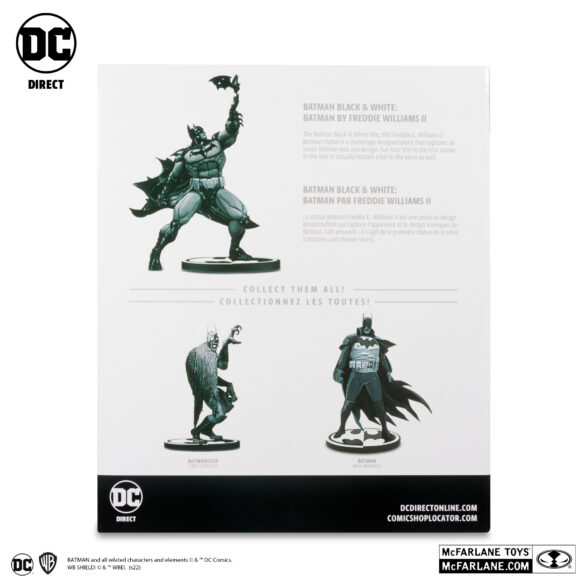 The statue stands approximately 7” tall and is made from polyresin. It’s available to pre-order from Amazon, Entertainment Earth, Big Bad Toy Store, and McFarlane toys store at $124.99. The estimated shipping date for the statue is August 2022.

The second statue is Black & White Batman by Olivier Coipel. 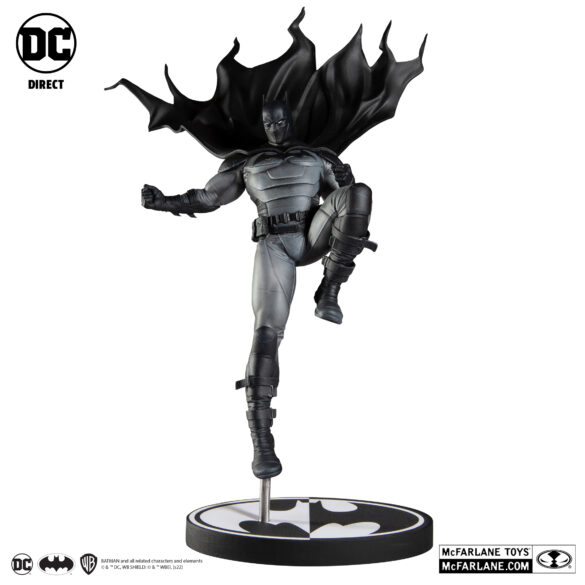 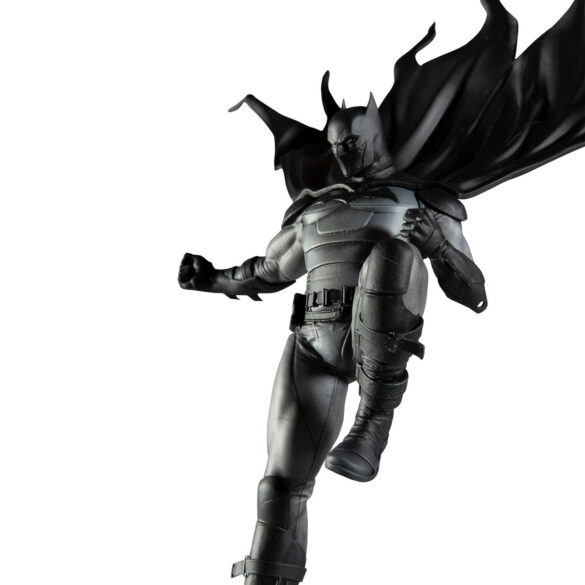 Continuing one of the longest-running collectible lines of all time comes the next iteration of Black & White Batman by Olivier Coipel. Based on his cover of I Am Batman #2, this statue depicts Jace Fox as the Dark Knight, crashing in to descend upon a group of goons.

Made from Polyresin and standing approximately 10.9″ tall, with a dynamically sculpted cape, and peg to keep Batman elevated off the base, this statue is a must-have for collectors of this line as well as fans of Oliver Coipel’s work. The statue is now available to pre-order from Amazon, Entertainment Earth, Big Bad Toy Store, and McFarlane Toys store.  The estimated shipping date for the statue is November 2022.