McFarlane Toys have released a new Batrocitus figure, based on the Dark Nights: Death Metal storyline. 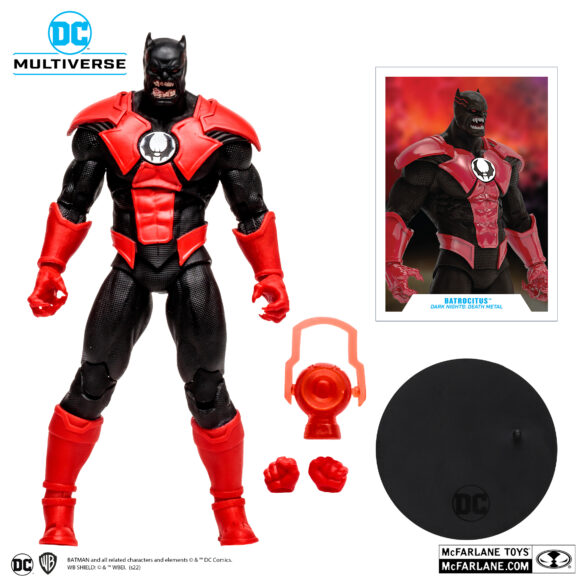 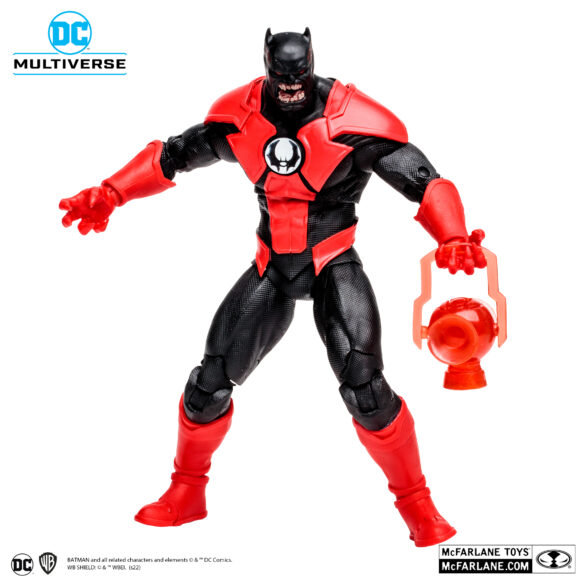 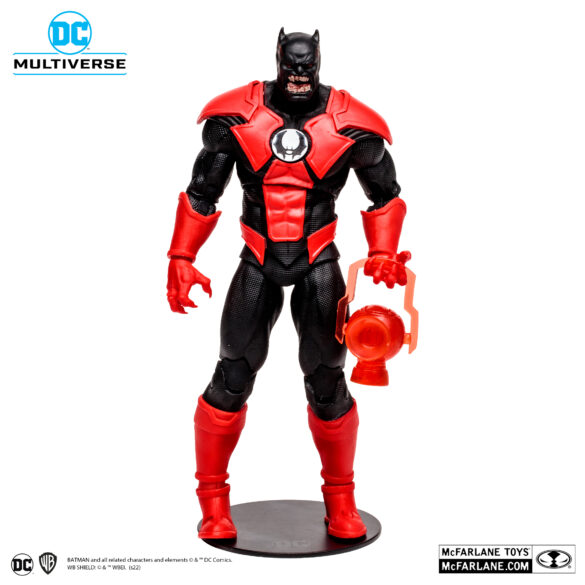 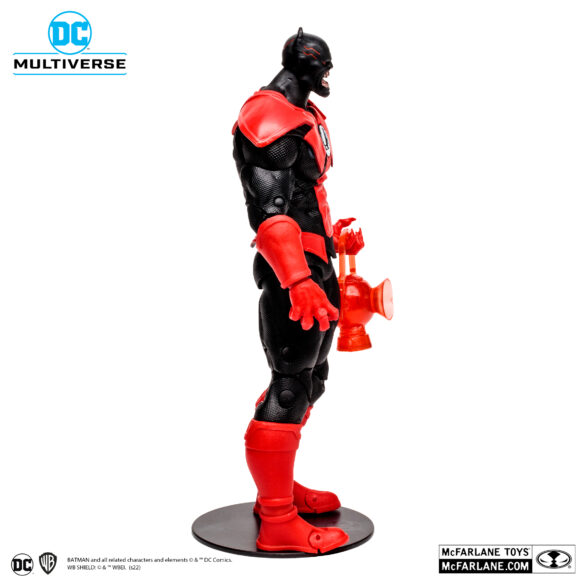 An evil amalgamation of Batman and Atrocitus from the Dark Multiverse, Batrocitus joined forces with The Batman Who Laughs’ team of Dark Knights in their attack on Earth-0.

After their victory, he was assigned to guard New Apokolips, a hellish world where the majority of Earth’s remaining Superheroes are imprisoned. Planning to free them, Wonder Woman, Batman, and Harley Quinn crash land on the planet, and Batrocitus and the Dark Knights go to investigate. There, they find the undead Jonah Hex, right when the zombie gunslinger is detonating explosives, destroying them all. 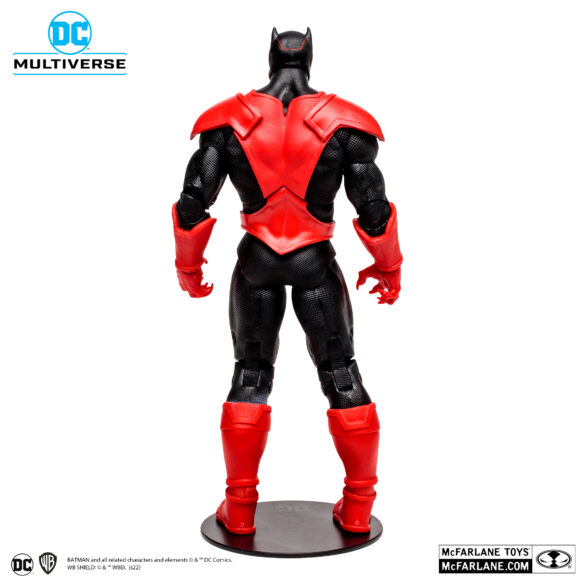 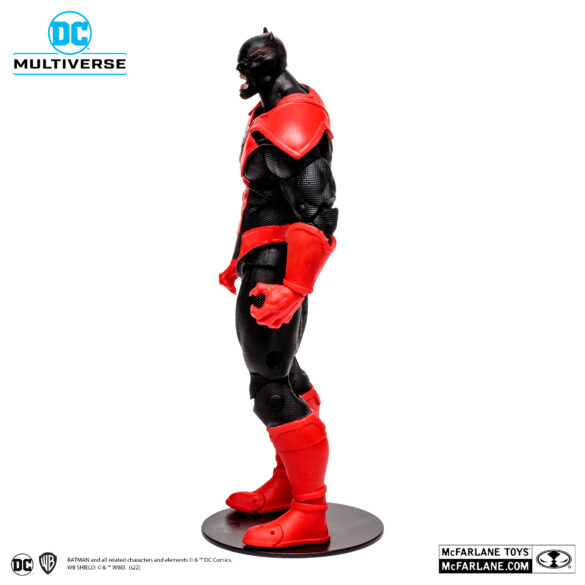 The Batrocitus figure is an incredibly detailed 7” scale figure based on his appearance in the DC Multiverse. It’s designed with Ultra Articulation with up to 22 moving parts for a full range of posing and play. The Batrocitus figure is featured in his look from Dark Nights: Death Metal. The package includes a Red Lantern, two alternate hands, and a base. Also included with the figure is a collectible art card with figure photography on the front, and a character biography on the back. 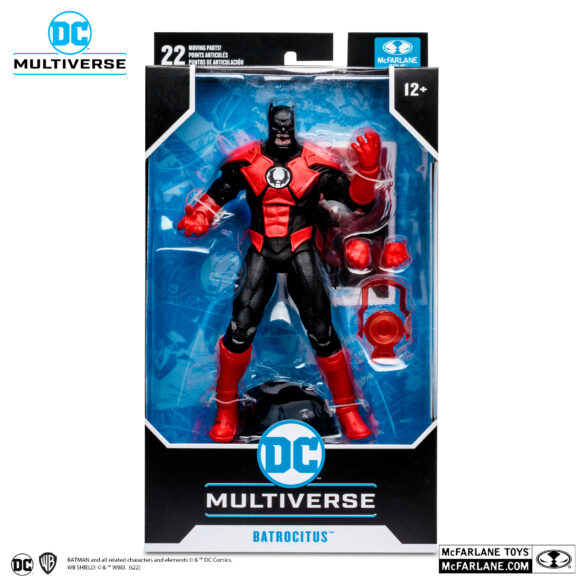