Sideshow Release The Joker One Bad Day Statue by Kotobukiya

Sideshow Collectibles have released The Joker One Bad Day 1:6 scale statue by Kotobukiya. The piece is based on the Clown Prince of Crime, as he appears in the legendary Batman: The Killing Joke.

This seminal graphic novel by Alan Moore, Brian Bolland, John Higgins, and Richard Starkings, was first released in 1988 as a particularly special piece among the one-shot prestige format books. This epic work had a tremendous impact on the films and comic books that followed it, and this is the third Kotobukiya release inspired by this story. 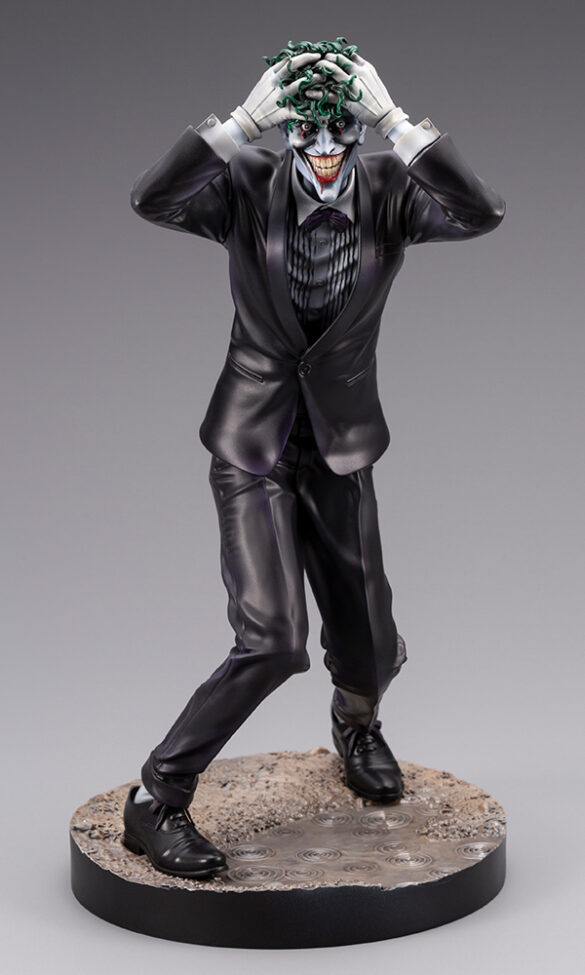 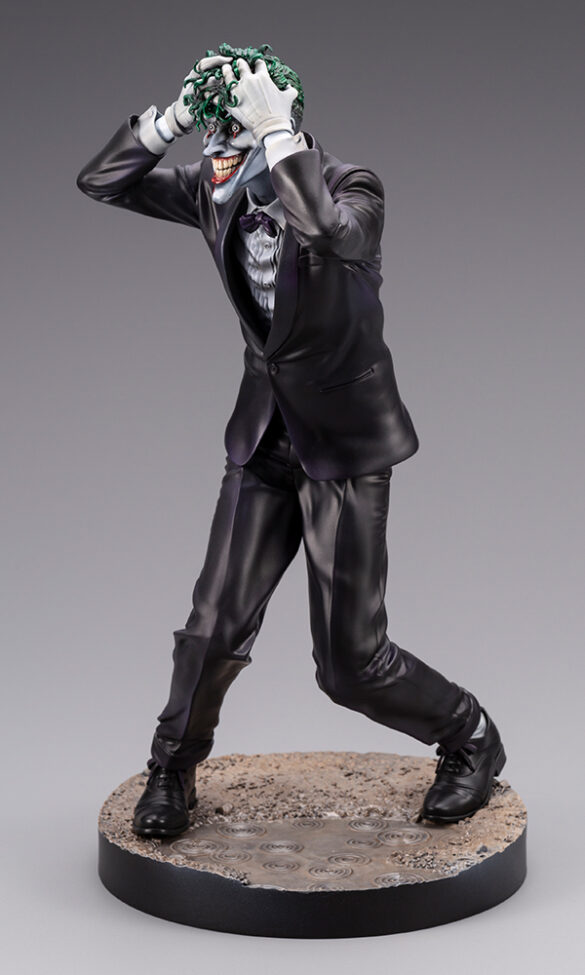 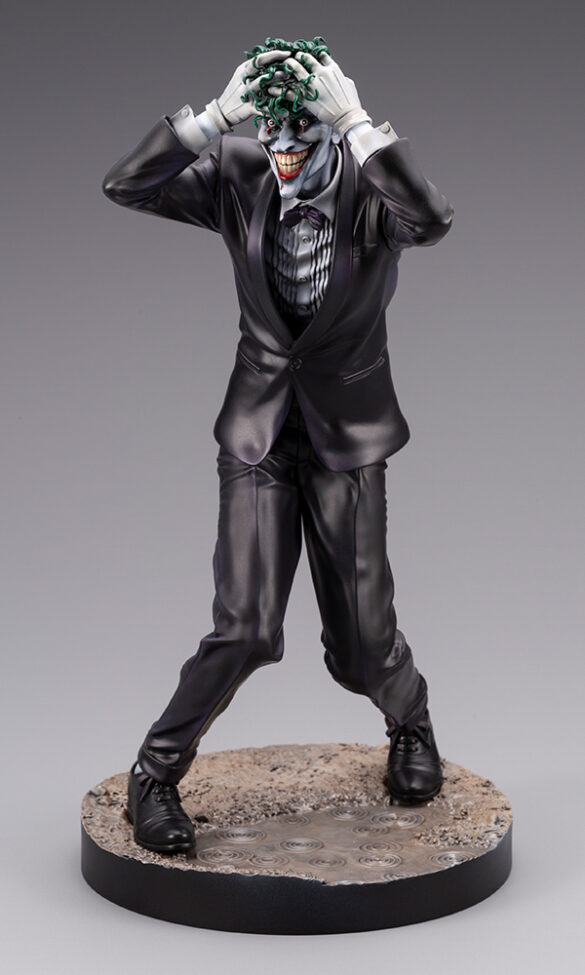 One day, having lost all emotional support, a Red Hood Gang member is being hunted down by Batman. Cornered with nowhere to run, the man jumps into a vat of chemicals in a frantic attempt to escape. However, the strange substance from the Ace Chemical Processing Plant bleaches his skin white, his hair bright green, and his lips red. Seeing his reflection in the water, the man stumbles to his feet and lets out an endless howling laugh, thus transforming into a madman.

Kotobukiya worked hard on bringing this whole unforgettable sequence to life. From the worst of his many terrible tragedies, The Joker from his “one bad day” has been vibrantly reimagined into a statue. 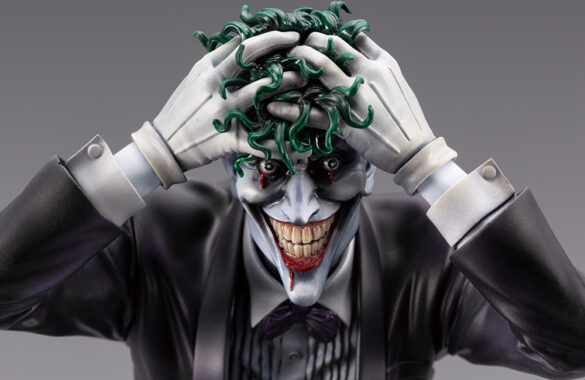 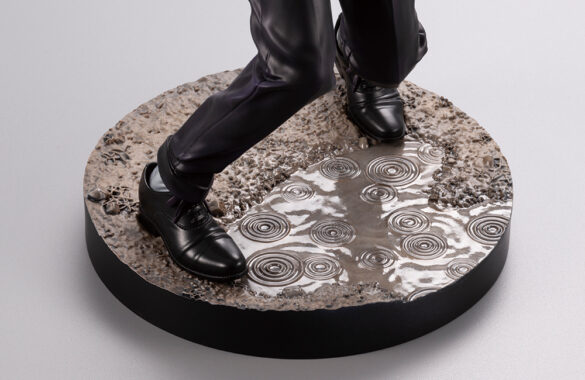 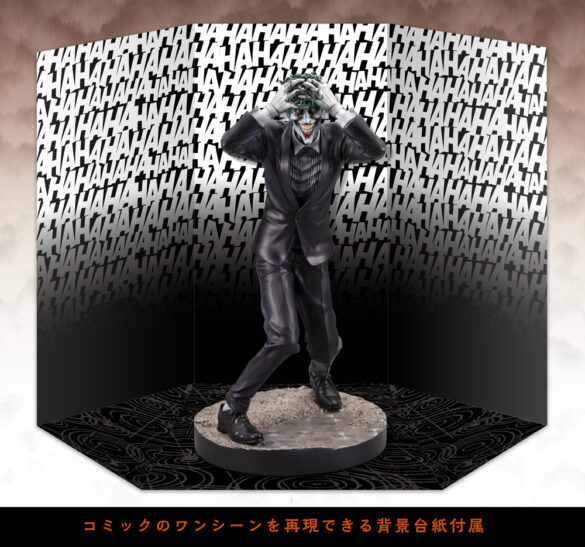 The coloring was done based on the 20th-anniversary monochrome version of the graphic novel, which featured art recolored by the original artist, Brian Bolland. This statue includes a special base and can be displayed straight out of the package. The statue was sculpted by the artist Keita Misonou.

The piece has a very sinister look to it and I really love all of the small details, from the ringlets on the base, which give the appearance of rain, to the blood dripping from the Joker’s mouth and corner of his eye. 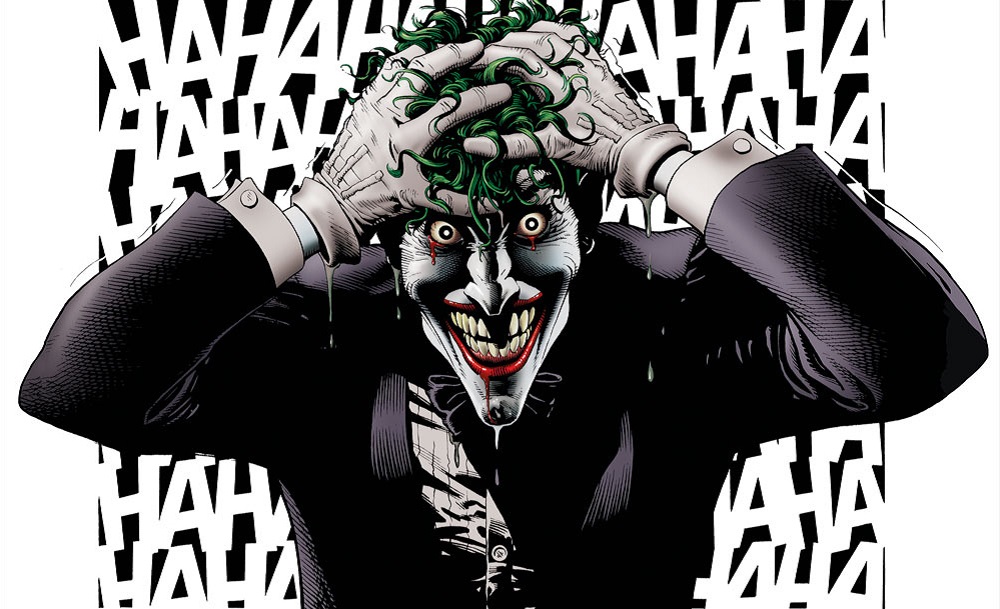 The Joker “One Bad Day” statue is now available to pre-order from Sideshow Collectibles and is expected to ship between January to March 2023.