Last month we saw Blockbuster, Blüdhaven’s crime boss, finally come face to face with Heartless, the serial killer who has remorselessly been ripping out people’s hearts. In Nightwing #93 we learn whether the two villains will join forces against our heroes.

As if two supervillains weren’t enough to contend with as Nightwing, Dick Grayson faces a different kind of enemy, the Blüdhaven PD. That particular confrontation is masterfully written and it’s always lovely to see Haley “Bitewing” Grayson and Barbara Gordon having Mr. Grayson’s back. 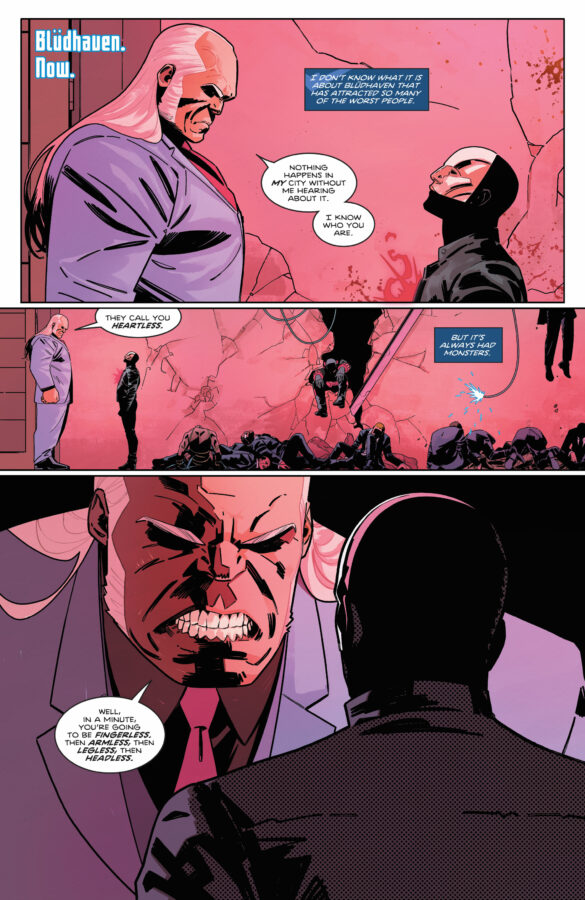 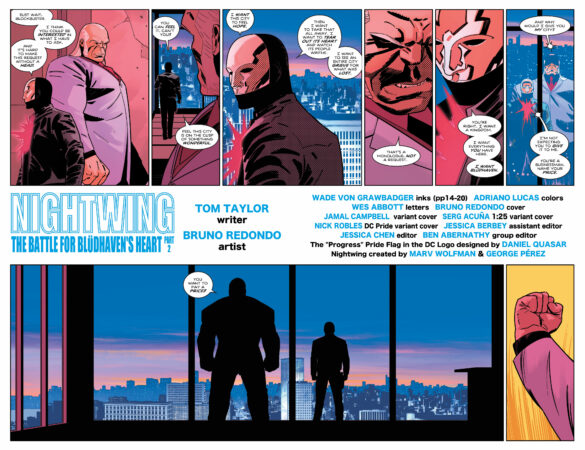 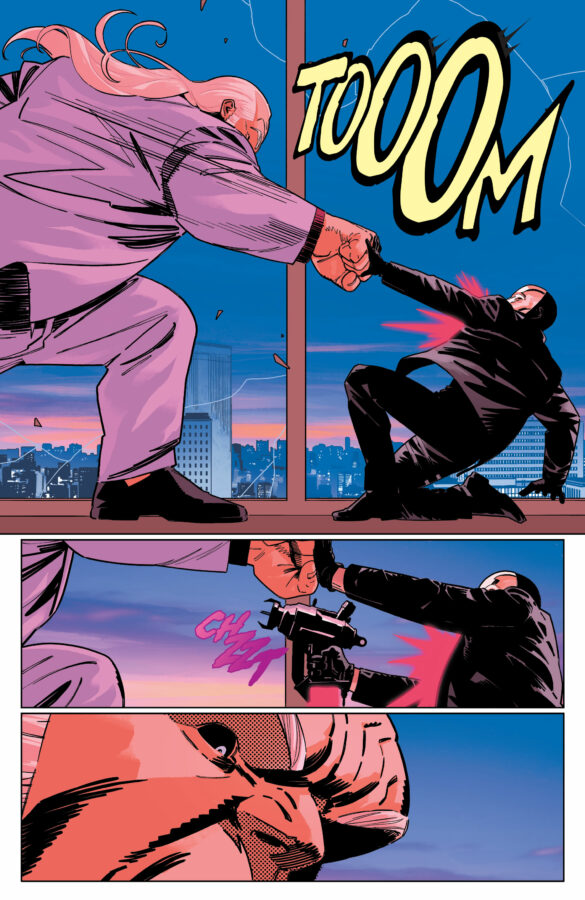 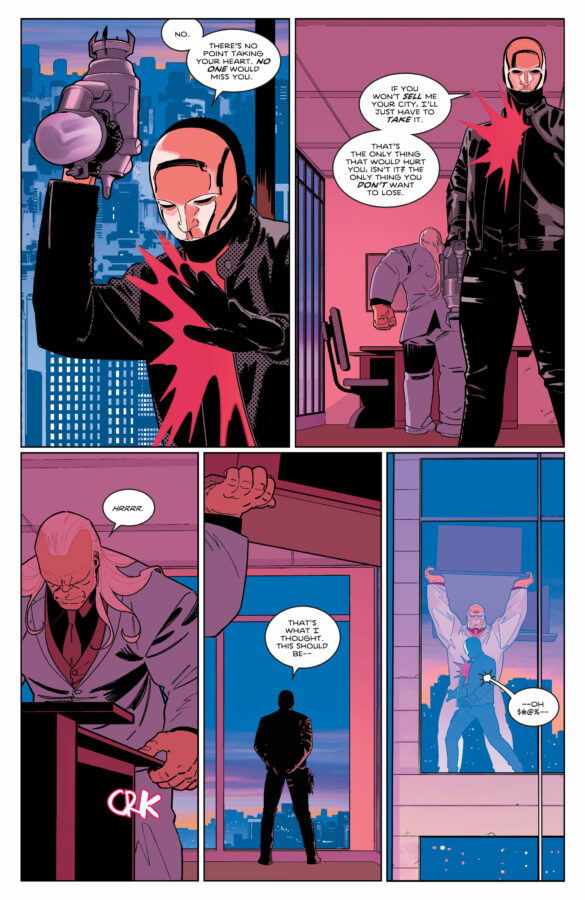 Could somebody please expand my thesaurus? Soon there will be no more words left to describe how incredible this series is! With issue #100 only seven months away, Tom Taylor and Bruno Redondo are fanning flames, building tension, and keeping readers hooked. The fact that Nightwing looks set to sweep the Eisner Awards this year (though I’m seriously unhappy about Tom Taylor not being nominated) shows that fans and critics alike are loving this title.

For the first time since the Superman: Son Of Kal-El crossover, we see Bruno Redondo working with an inker on this issue, even if it’s just for seven pages. Honestly, I’m actually happy about this. While I’ve really enjoyed the work produced by every guest artist who’s contributed to this series, there’s no denying that everyone really wants to see Bruno Redondo. Having an inker, particularly a seasoned and extremely talented veteran like Wade Von Grawbadger on this book, will only help ensure that Bruno can keep hitting deadlines, and provide pencils for more issues moving forward.

Adriano Lucas and Wes Abbott are also both absolutely killing it. The action sequences in Nightwing #93 are phenomenal, not just because of Bruno and Wade, but because the colors and letters, light, darkness, and sound effects, all work so perfectly together. 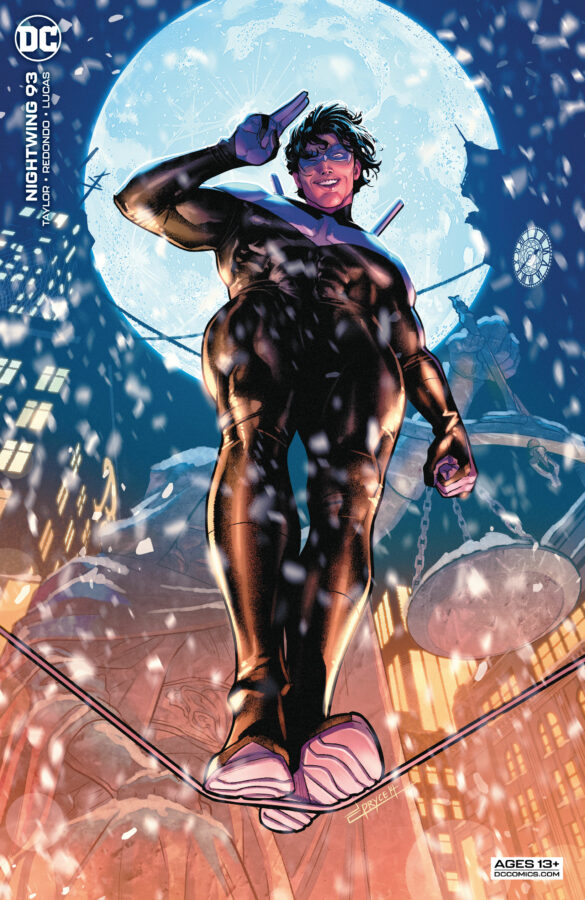 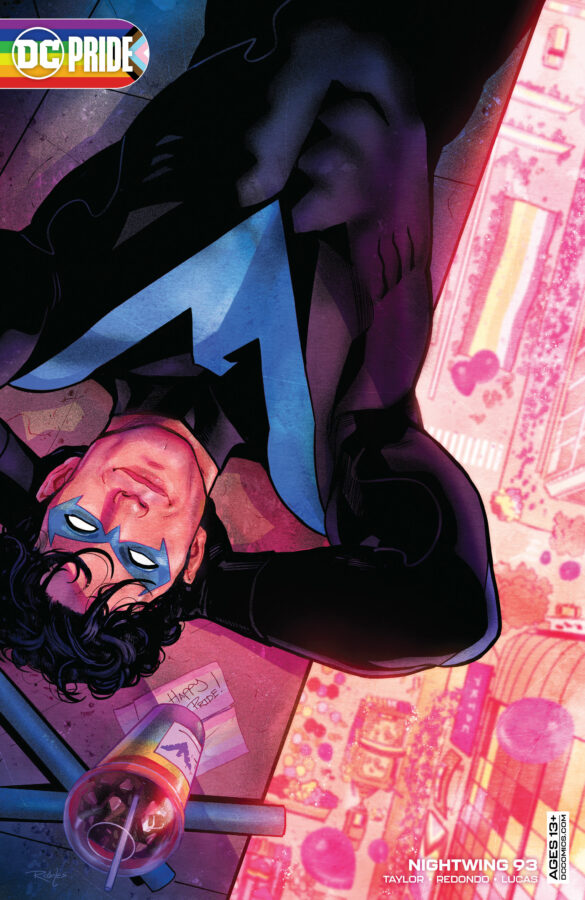 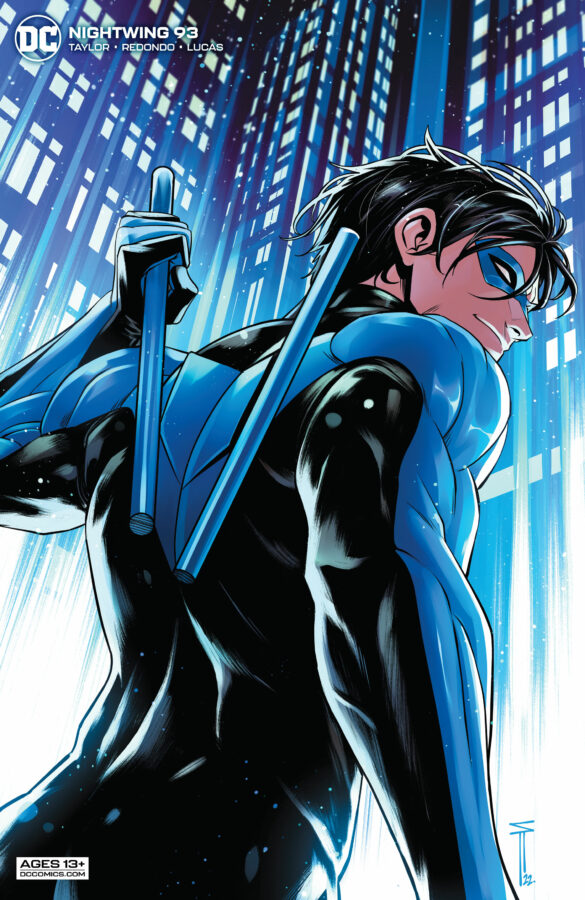 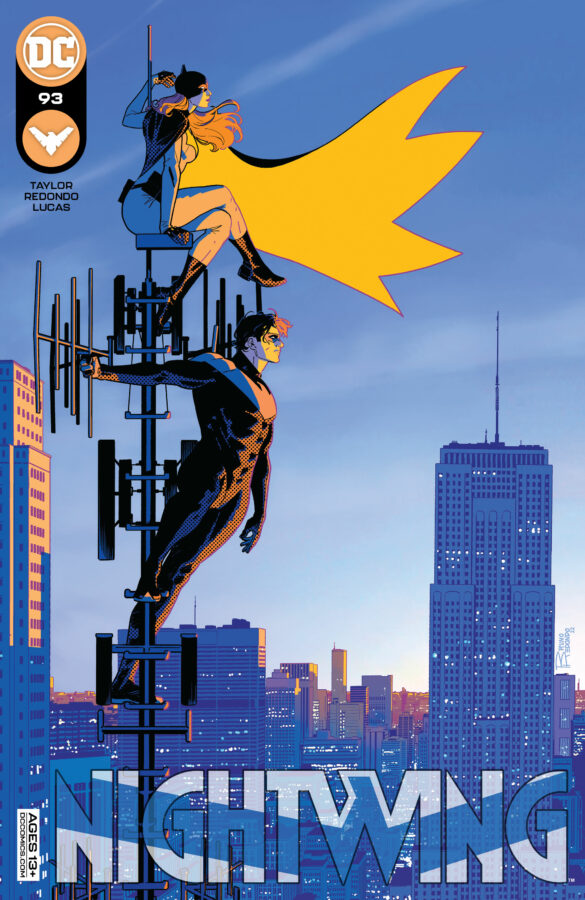 This issue, heck this series, has everything. Villains that chill, a supporting cast that readers can love like family, red hot action, romance, and the kind of entertainment that only comic books can provide. In this chapter alone we get a magical moment between Dick and Barbara, bucket-loads of martial arts, and a villain whose hearts are in the right place. (Sorry)

Could somebody please expand my thesaurus? Soon there will be no more words left to describe how incredible this series is!