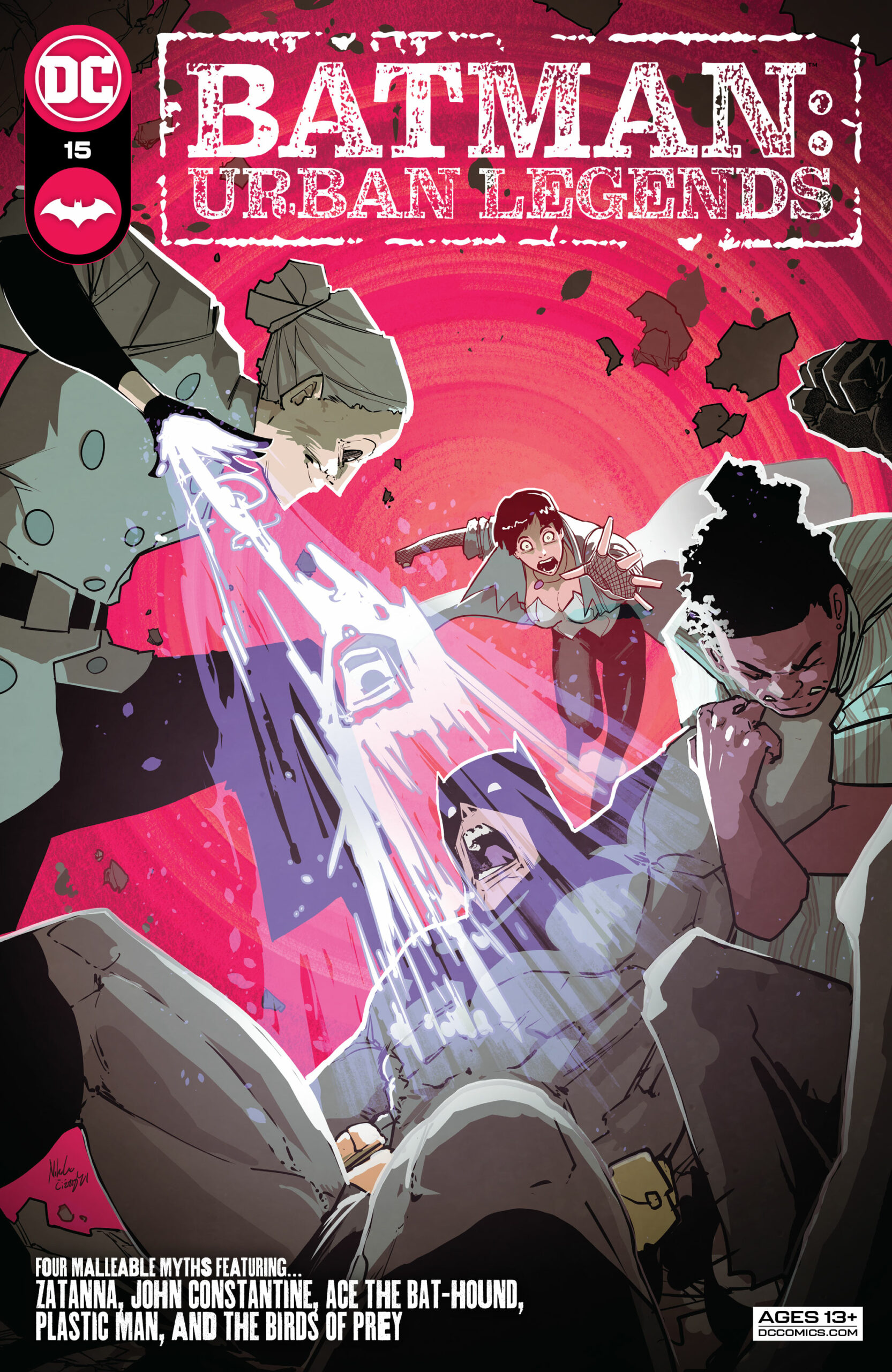 Batman: Urban Legends #15 will make you laugh, it’ll make you cry and have you scratching your head. I expect nothing less when reading this great series.

“Bound To Our Will” – Part Five

After our heroes finally realized what was going on last issue, the latest chapter’s definitely a gut punch. We see many different shades of Batman in this story, including the angry young man who lashed out at a dear friend. Seeing the early relationship between Zatanna and Batman and how they ‘fell out’ was both interesting and heartbreaking. Anyone who knows these characters is well aware that they were friends at a young age, and if Bruce’s path hadn’t been such a dark one; they may have even ended up together.

Another element of Batman we saw in this story was a slow burn of flirtation with John Constantine… You heard me. Everyone’s favorite magic con man has been man-crushing on the dark knight since the start of this story, and he’s finally worn down the dark knight to smile and even hit back with some flirty banter. Now, don’t call the press just yet, as I’m sure it’s nothing serious, but I did enjoy reading it and seeing even Bruce couldn’t help having a little laugh with Constantine.

This story definitely sets up for a big finish next issue, with all of the pieces falling into place for what may be a hero vs villain, relationship make-or-break showdown. I for one, can’t wait.

Plastic Man’s a tricky character to write, as he has to be funny, but not creepy. The line has sometimes blurred when written by some writers. This story was a blast, as seeing Batman windsurfing on Plastic Man will make even the darkest night crack a smile. This story, much like Plastic Man’s main character theme, is about second chances and redemption. So next time you’re looking for a great fix of Plas, don’t bend over backward… Read this story!

My wonderful editor, mentor, and friend, Steve J. Ray, said it best in his review of the last issue:

These are not your dad’s Birds of Prey

I really like the idea of an agile team that can interchange Brave and the Bold style, so characters like Miracle Molly are perfect for this (it’s also nice seeing Shiva and Katana back at it).

My only issue with this installment is I found it a little hard to follow. I think I know what’s going on, but after reading it, I can’t be sure. Stay tuned, I’ll let you know next issue if all becomes clear. Maybe it’s been written in this style to reflect on the villain of the book? I guess we’ll find out.

This is a story that just breaks you with every chapter. After the last issue, I was sure we were gearing up for a reunion between Batman and Ace. No… Mark Russel has instead decided to show us the Bat-Hound as a Puppy and the tragic story of his younger years. Whilst in the present we have the Gotham villains bidding on our still shackled Dark Knight (they really did tie him up good), not forgetting that one time that Batman escaped a Lex Luthor built holding field with just a sip of water.

This story is my favorite of the Urban Legends lineup of late, and I’m terrified that the finale’s going to break me. Either way, it’s fantastic storytelling.

This title is always entertaining, with so much versatility and fun. Who would have thought that a story about Ace the Bat-Hound would be one of the most gripping Batman tales of the last few years? Batman: Urban Legends #15 is another solid issue in a great series. This book really takes Batman, and his many acquaintances, into brand new territory.