“That Should Do It”

Batman: Killing Time #4 is a relatively compelling story that is hampered by a slow-burning mystery and unconnected scenes.

About at this point in a six-part series, readers should be getting more answers and fewer questions. However, writer Tom King is still holding his storytelling cards close to his chest and revealing the mystery in drips. 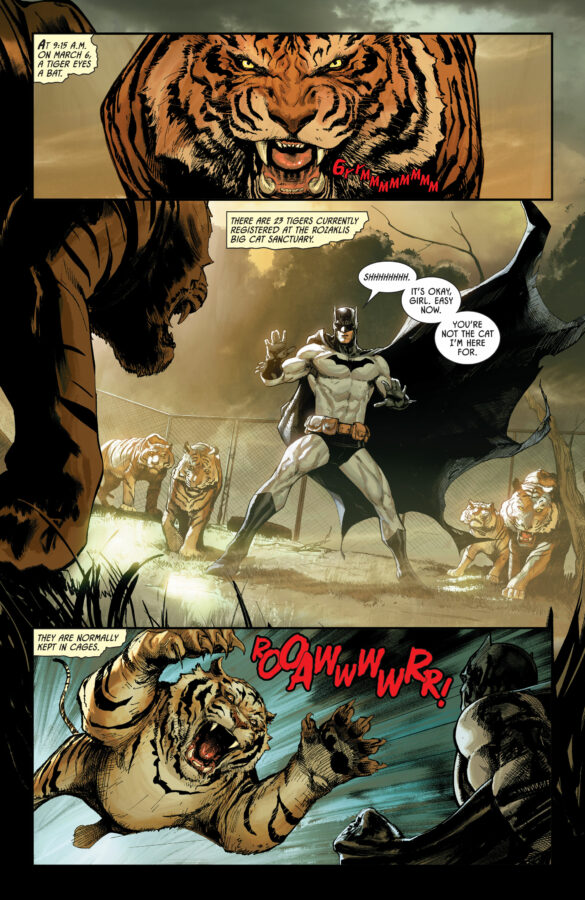 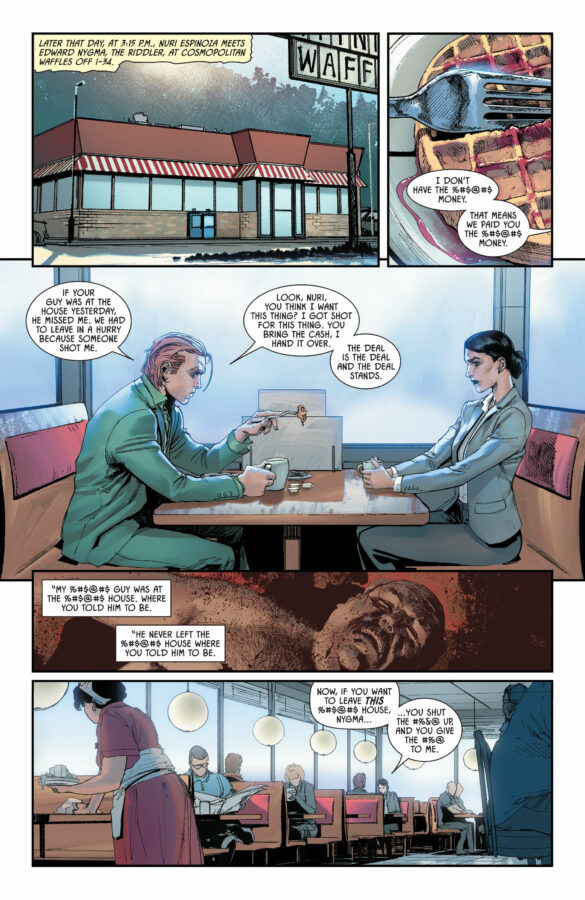 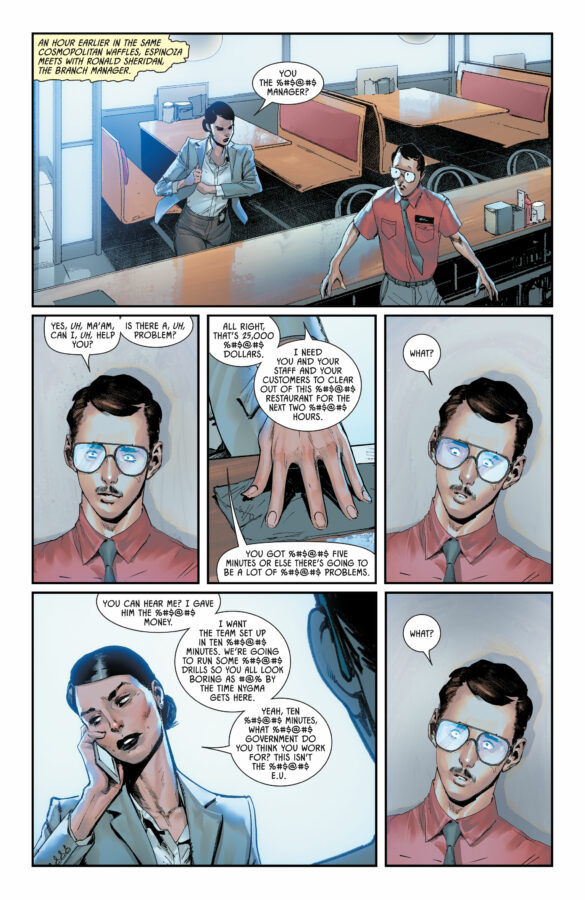 What is the mysterious item Catwoman and Riddler stole? There are still no solid answers, although the story puts the responsibility on the readers to make guesses from inferences made by ancient Greek flashbacks. Depending on how patient they are, this may be a huge ask of them to derive answers from such opaque allusions. However, King has always been touted as a thinking man’s writer. One cannot fault him for wanting to write a more unconventional superhero yarn.

However drawn-out mysteries start becoming a pacing concern when we’re over halfway done and still as lost as we were with the first issue. Some impatient readers may dismiss or drop the book altogether due to the snail’s pace of the reveal.

The other concern that this particular issue suffers from is a level of disconnectedness. Up until this point, the non-linear format has been a fun and engaging way to present the story, but here we get a big action set piece where Batman fights tigers and I don’t know why he needs to. There’s a bit of dialogue about how maybe it’s a trap set by Catwoman, but nothing is said concretely. So, because of the lack of a straightforward reason, it seems random. This is too bad because that overshadows the great qualities of the action. 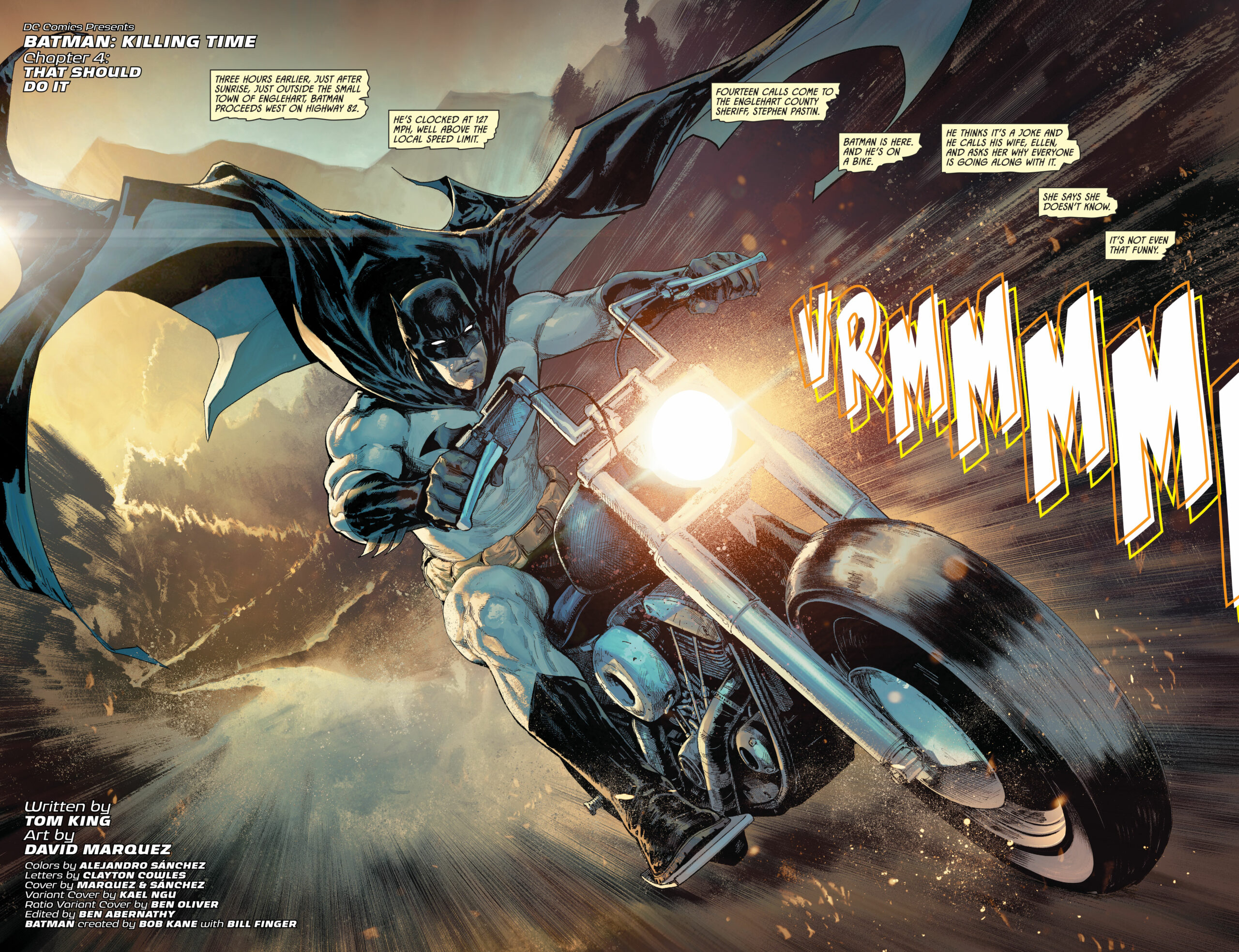 Artist David Marquez really excels in subtle action. His lines are clean, yet impactful. It doesn’t seem over-the-top posing, but great bodywork that highlights how fluid the characters are when they move. There’s one particular action scene with Catwoman that really stands out. She looks surprisingly naturalistic in her movements, yet exciting. The art is a perfect complement to a grounded, yet action-packed mystery comic.

There’s also a lot of interesting interplay with the non-linear format, particularly when it features Catwoman and the Riddler. Other interesting plot developments occur around Batman and the Help. Despite my complaints about the pacing, King is also setting up all the pieces for the ultimate climax. 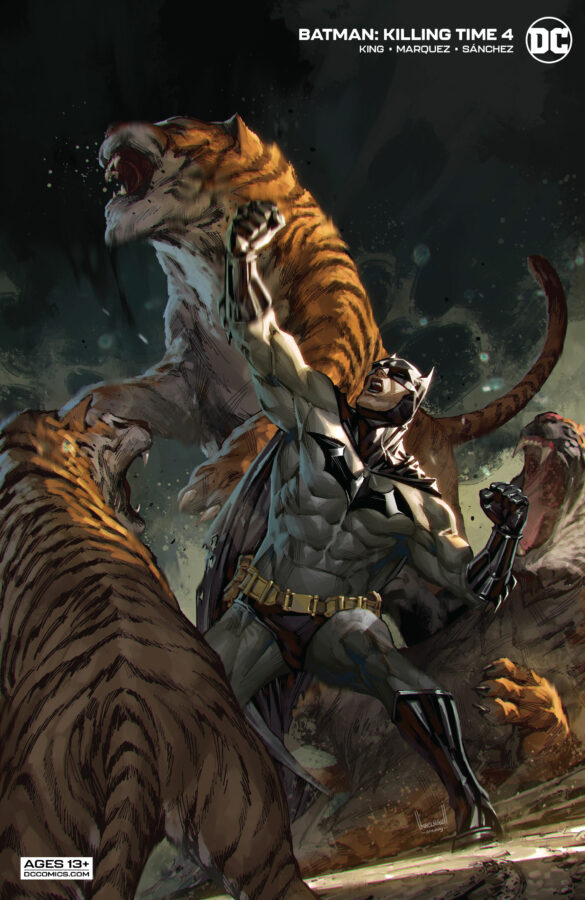 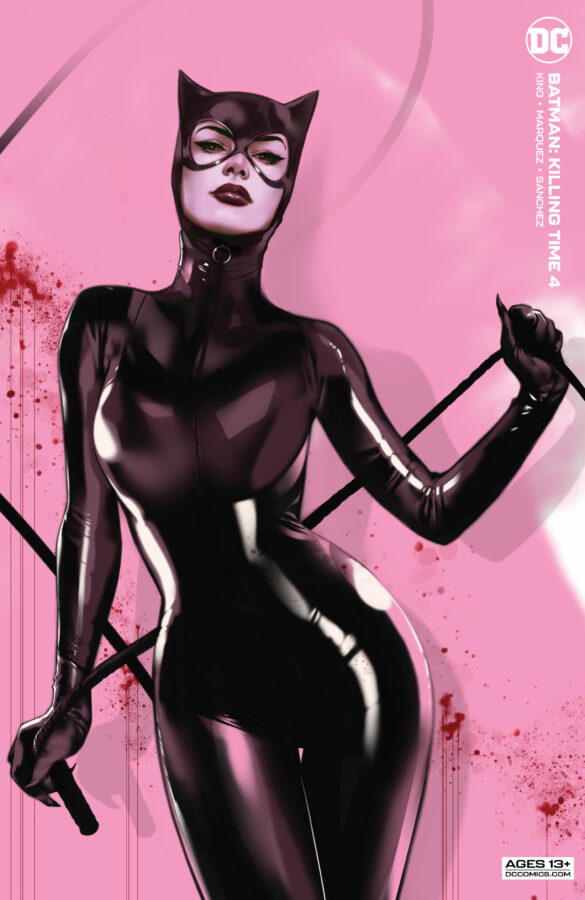 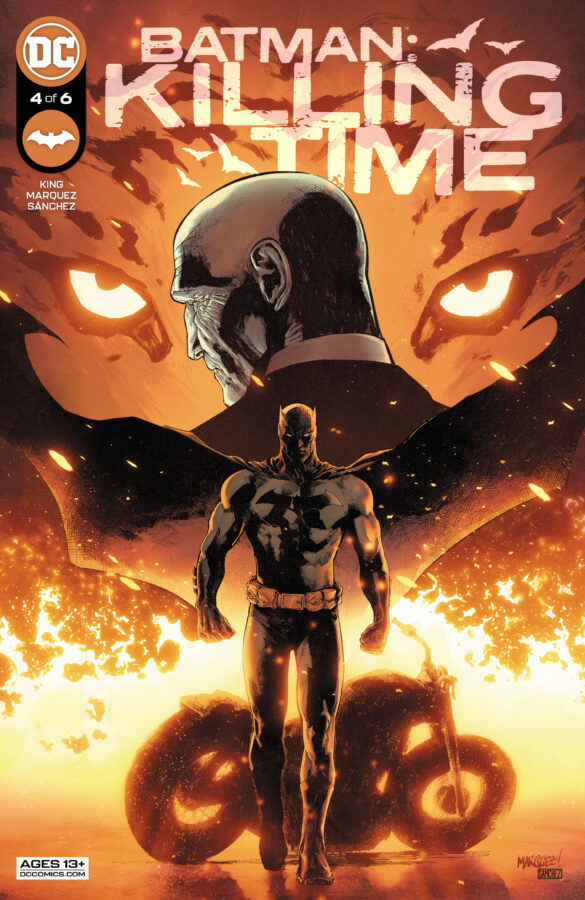 Despite some great action and developments, Batman: Killing Time #4, feels like it’s starting to buckle under the weight of the plot. The writing in this chapter doesn’t feel as refined as in the previous issues and the mystery is starting to wear readers’ patience thin. However, it is still a solid comic.