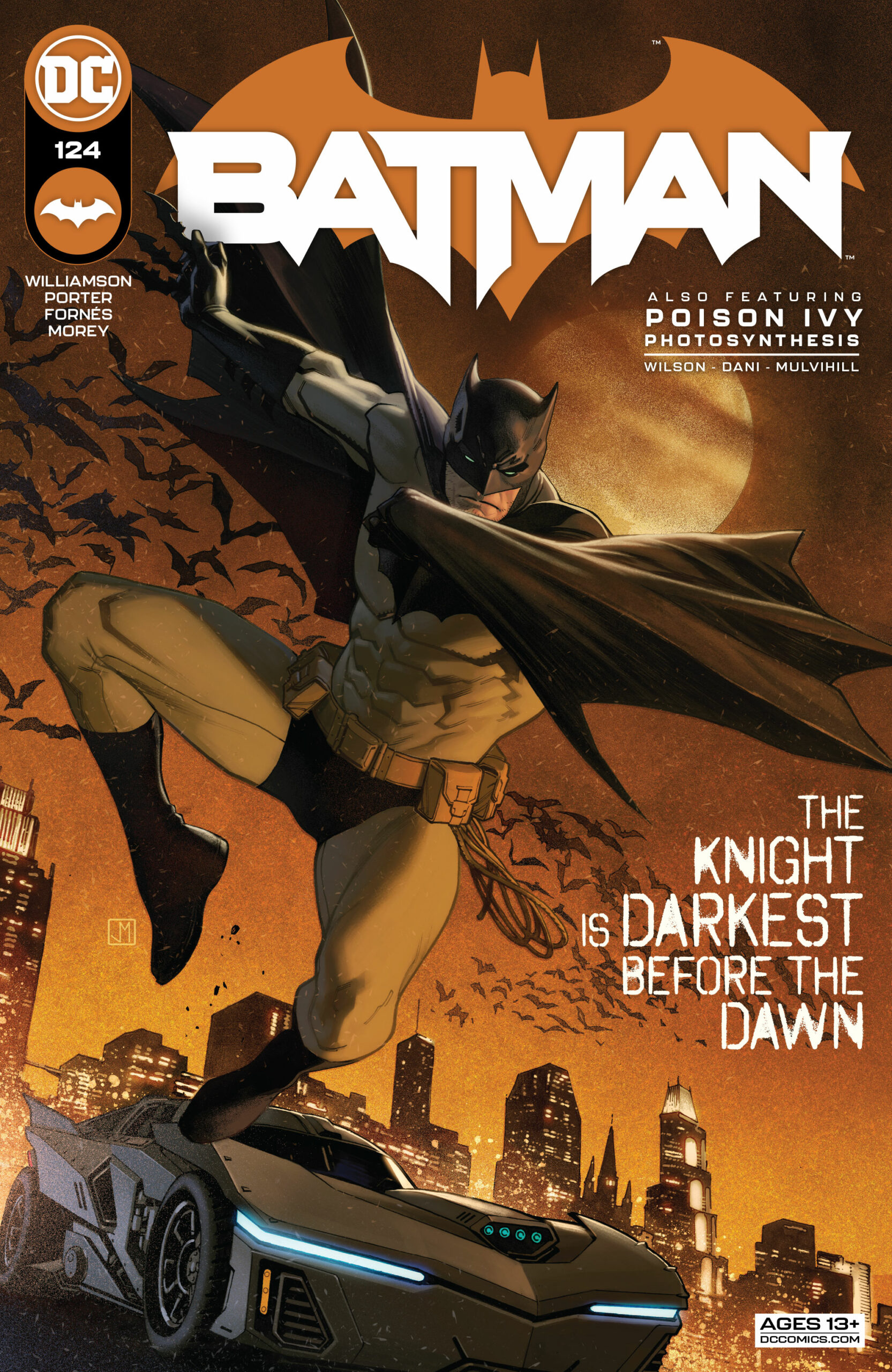 Batman #124 brings down the curtain on the Joshua Williamson era with all the class we have come to associate with his tenure on DC Comics’ flagship title.

This run brought us the return to prominence of Batman Incorporated, the introduction of the terrifying Abyss, and the quite excellent “Shadow War” crossover series. Though it was relatively brief, it has certainly made up for that in terms of impact, resonance, and the implications for Batman moving forward.

The events of this issue take us back to Badhnisia, with the return to action of Abyss. I can’t possibly divulge spoilers in this review, but what I can say is the identity of the character behind the mask is not quite what you may have been expecting. Williamson definitely provided readers with a nice example of bait and switch. It feels justified, despite the different path that it then takes the narrative down. What we then get is one more detective case for Williamson to weave his magic around and flex his storytelling muscles on.

After the bombast of “Shadow War”, this is a much more intimate affair, as we get ruminations on the human condition and the pros and cons of vengeance. The dialogue is deft and flowing but also carries a lot of weight to it that makes the reader stop and think. It just goes to show that great comic book writing can be potent and gripping without a non-stop barrage of fisticuffs.

Howard Porter does bring down the thunder when the occasion calls for it, with select panels featuring a great initial physical altercation between Batman and Abyss. As this takes place before the aforementioned identity reveal, there’s a real sense of stakes that’s granted extra relevance by the striking art. The combatants fly through the air with balletic grace, almost defying the laws of physics. Porter draws action scenes as well as anybody currently out there, in fact, his art leaves this reader out of breath just from looking at it!

As we’re now about to welcome a new writer to the title, in the form of Chip Zdarsky, heady days are certainly ahead. I’m very excited to see what he brings to the table during his reign. If he’s half as good as Williamson has been, then we’re about to be spoiled!

Batman #124 wraps up the current era in a hugely satisfying fashion. Whilst I would’ve liked Joshua Williamson’s run to have been longer than it was, there’s no question that it’s been high quality throughout. As he now moves into the much anticipated Dark Crisis crossover, his stock is at an all-time high. If he ever comes back to writing the main Batman title, I for one will be delighted to see him return.