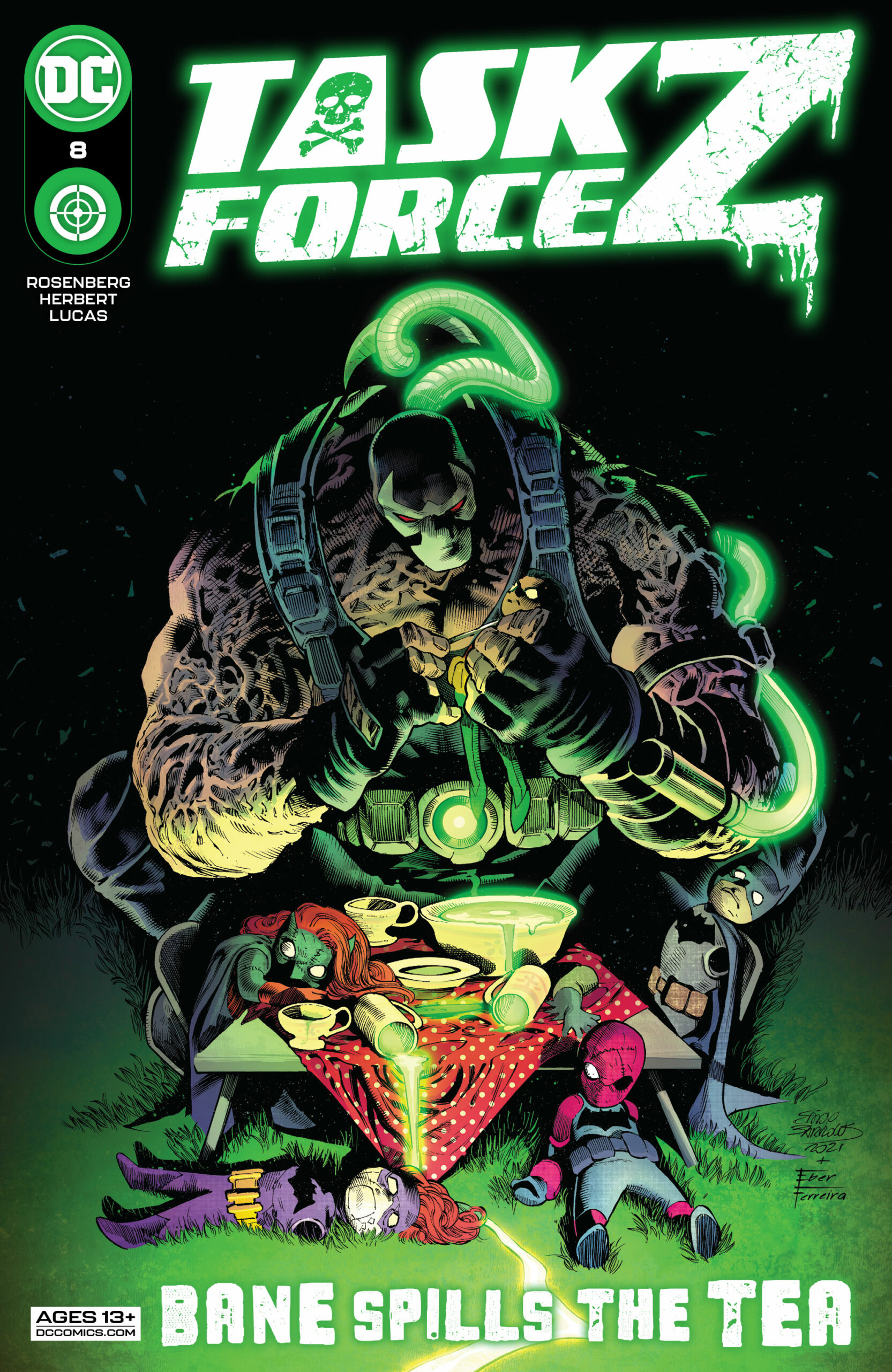 How many times has the Bat-family failed to trust Red Hood, only for it to turn out that he’s doing the right thing? However many times you’ve got, add one more for Task Force Z #8!

The squad is currently in disarray. No more government support, no Batman support, and no more Lazarus resin. It’s a rough day to be a recently deceased criminal trying to do some good. They’ve been betrayed by just about every person possible, and that includes members of the team.

Just when you thought that the sons and daughters of the Bat would chip in and help Jason, they doubt and fight him. We have a wonderful interaction with Jason and Barbara (for those of us who read Three Jokers know that they had a little spark between them) but now that she’s in pretty deep with Dick, we try not to think about that.

Then we have the rest of the family. Don’t get me wrong, Jason did lie a little bit, and he did mislead them all just a little bit, but the amount of trauma this family’s been through… cut him a break! Hear him out! He was a villain on two occasions, has he not redeemed himself yet for those misdemeanors?

The majority of this issue features Red Hood fighting his family. We get some wonderful snippets of sibling dialogue here, although it doesn’t quite ring true to character in parts. If you’re a fan of the Bat family, however, you don’t want to miss this one. Matthew Rosenberg writes the family wonderfully; I won’t specify which members, as I don’t want to spoil it. My only complaint is that we’ve had these arguments before, and I was definitely hoping for some growth from the family. I loved seeing them though, and the art was great too!

While most of this issue was Bat family centric, there was the other side of this plan from Task Force Z, led by Harvey Dent. It felt like an Ocean’s Eleven style plan with a distraction and a real heist (hence my hilarious forced subheading above). Seeing Two-Face leading a motley crew of villains like Grundy, whilst trying not to kill anyone, definitely was fun. The last small creepy element of this issue was a very weird act by the very weird Mr. Bloom. This tall drink of crazy is getting creepier and creepier.

Task Force Z #8 was funny, heartwarming, violent, and heartbreaking. Too many adjectives for you?! Well add undead heroes and villains and you’ve got yourself a great story! (Full disclosure, the cover of this issue is very misleading)