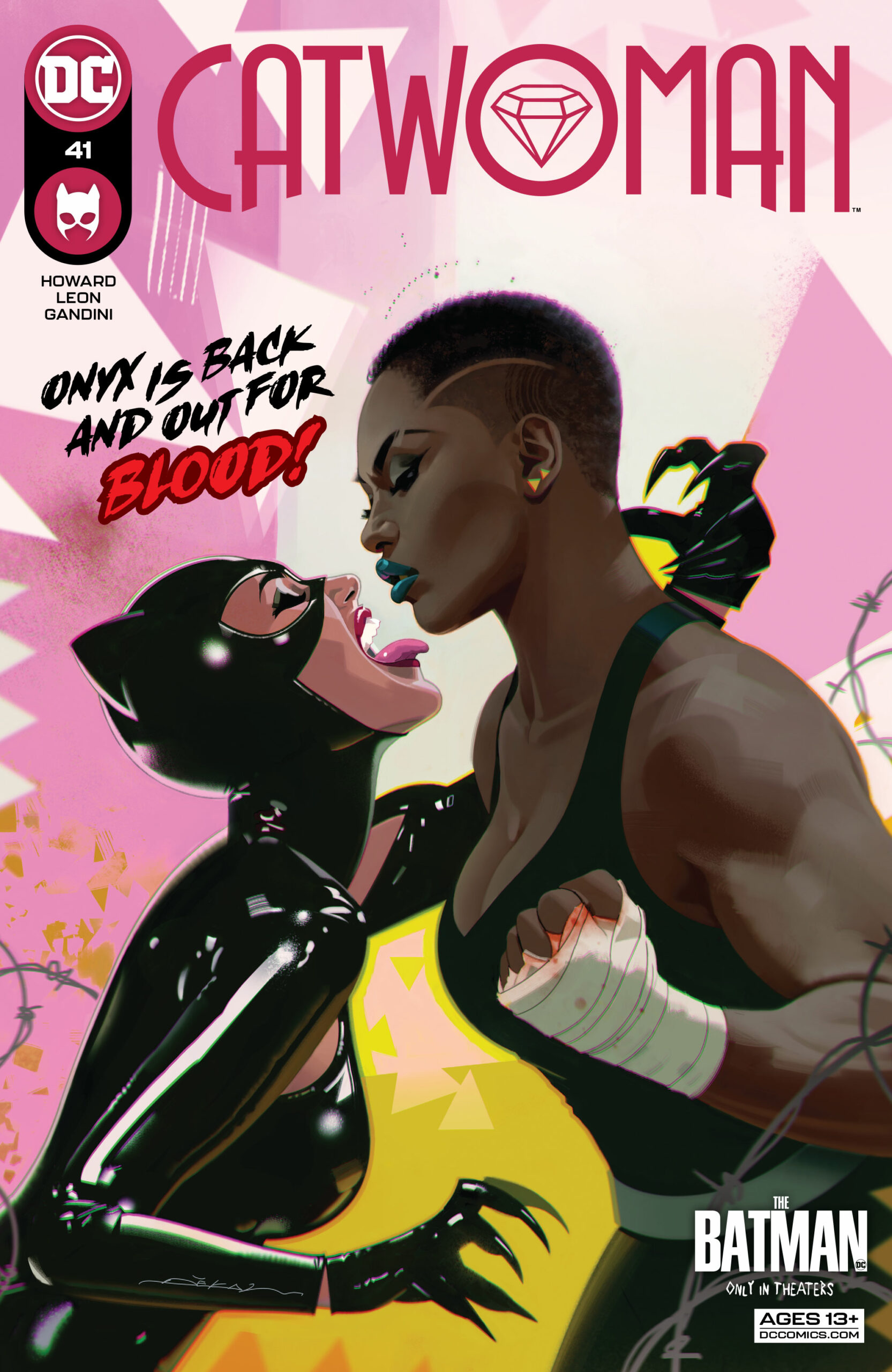 Catwoman #41 delves deeper into the great and layered power struggle that has painted Selina’s tiny corner of Gotham. We get the mobilization of the shady individuals running the underworld and feel the heartfelt meditation of certain figures caught up in that world. All this rich storytelling is wondrously delivered with a masterful use of light and shadow from a wickedly talented art team.

For many readers, including myself, this may be their first exposure to Onyx Adams. For a character reintroduction, it’s incredibly easy to flood a reader with exposition about a character: who they are, what they’ve done, their shoe size, and blood type. The important stuff.

We get a concise refresher from Catwoman’s perspective that gives us an insight into her as well as a candid look at Catwoman’s own queer sensibilities. It’s easy to give readers information, but much harder to do so in a tight way that furthers character more as well as the story.

It’s hard to talk about the visually standout page without spoilers, but try I will. The color contrast of the different figures in that darkened room is the perfect kind of visual to end an issue with.

Catwoman #41’s new direction under Tini Howard has truly sparked a very special story. We get a complex narrative about corruption and crime that gives us all the action we would expect. At the same time, it’s all wrapped in a subversive queer meditation and look at feminism in a male-dominated environment.

It’s incredibly hard to tell moral stories like these without coming over all heavy-handed or preachy, particularly in another male-dominated environment that’s only starting to become sympathetic now to the appearance of LGBTQ+ people and women in their community. It takes a well-handled story by a strong creative team to tell something like this, and tell it well.