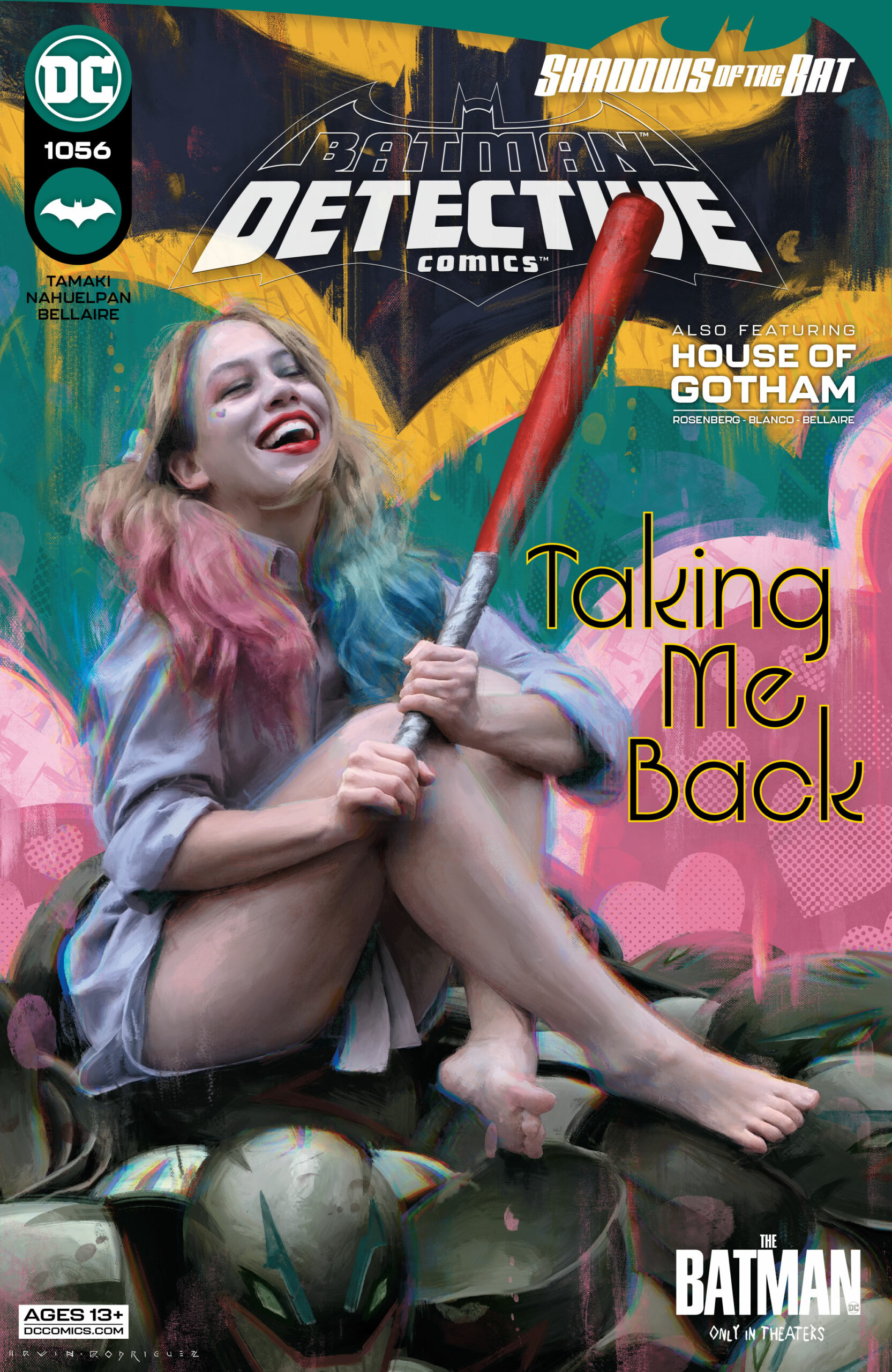 Detective Comics #1056 is a comic that talks about grief, fear, and having each other’s backs… even if we can’t see it. This is a part of the story when the villains are running amok and the heroes have to show how steady they really are!

Our story starts with everyone’s favorite Gotham reporter Deb Donovan interviewing the Mayor’s wife Koyuki Nakano, we hear about all of the trauma she has suffered being married to the Mayor of Gotham (not shocked). This helps us to understand that she’s not in a good place mentally, and why she and her husband were interested in the miracle cure offered at Arkham Tower.

If the big-budget replacement of Arkham Asylum’s been overrun by villains (see the last issue)… There are hostages and dead bodies. So, what do you do? Well, when we enter this chapter of the story, we have heroes already on the inside; Nightwing, Spoiler, and Huntress, as well as [SPOILER], fighting to keep the staff and hostages safe against the army of villains.

I really enjoyed this issue, as it has so much going on. Shocks, returns, reveals, life-threatening situations. I always have high praise for Mariko Tamaki, and as I’ve been reviewing Detective Comics for a while now it’s easy to forget that the same author has had me on the edge of my seat with fresh stories every month/ week for a long time. High praise indeed as the bar has never faltered. It’s been at the same high level for a long time, and this issue’s no exception. Readers, you’re going to love this comic.

The Good, The Bad, and The Dowd

Roy Dowd has a beard. He’s living in a no man’s land. He’s leading a bunch of kids, working with Killer Croc, feeding people with stolen food, and has a bunch of people trying to kill him.

It’s hard to believe this was the young boy who witnessed The Joker murder his parents and was traumatized by the sight of Batman. He’s had the worst, most brutal life, tortured at every step. Yet he’s still stealing from the rich (the bad) and giving to the poor (the hungry).

I’m starting to worry about this story, as I’m so invested in this character; whom I did not know or care about 10 weeks ago. I really will be heartbroken if this story doesn’t end with a great payoff. This issue seems like the first issue that doesn’t have a tragic last page stinger or an ominous foreboding look at what’s to come. I’m invested in this character, though I know he’ll almost definitely become a villain. THAT… is great writing.

Detective Comics #1056 is an issue that clarifies almost everything we’ve been waiting for. Surprises, heroic returns, triumphant and terrifying fights.

I loved it, and I know you all will too!

Keanu Reeves Cast as Batman in ‘League of Super-Pets’