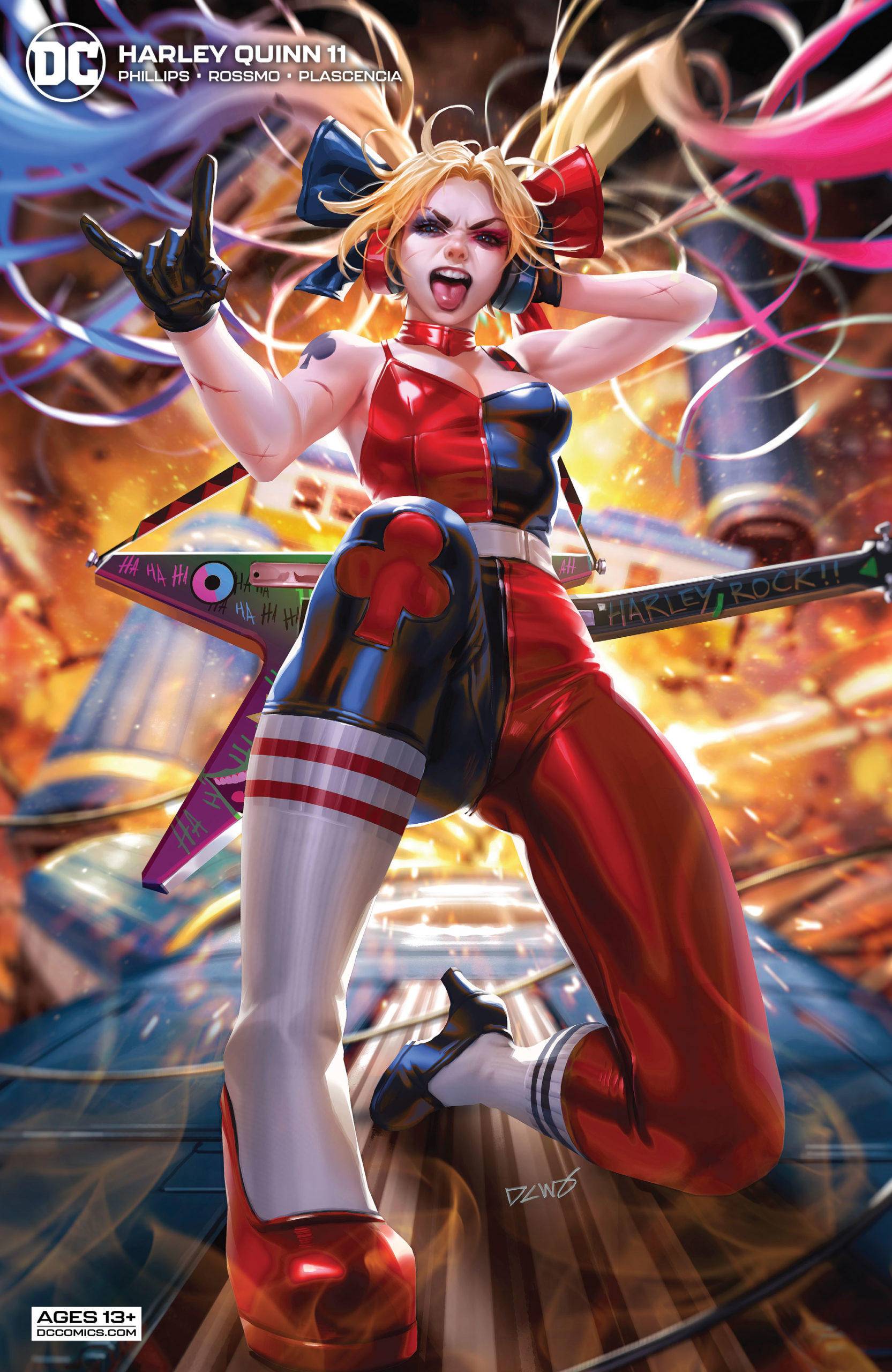 After the events of issue #10, one would expect that the Mistress of Mayhem would be allowed to catch a break in Harley Quinn #11, but sadly Keepsake’s not about to let that transpire. Even worse, Harley has to deal with math… Double Ugh!

Keepsake has a lot up his sleeve and he isn’t pulling any punches this go-round. Let’s dive in!

A train with a bomb attached to it left the station at 8:00 p.m. and is traveling at 80 miles per hour. If it’s 250 miles away from Gotham, how long will it take to arrive? Poor Harley’s head hurts as she struggles with this problem and the events that led up to this situation. All starting with Kevin missing support meetings and an ominous model train carrying a vile message for Her.

Keepsake has given Harley a choice between the one and the many, not holding back anything he has. Including newly fitted robot attackers, philosophical queries, and explosives. Harley’s definitely feeling the pressure and even her wits arent stopping the overwhelming choices she must make. Thankfully, there are those who haven’t moved onto the playing field just yet.

Stephanie Phillips has given us solid gold in Harley Quinn #11. I genuinely enjoyed the back and forth talk between Harley and her support group. There was no sugar coating or overly saturated positive talk, just honesty. I keep saying that I love the depth that Stephanie brings to the well-established Quinn, but I do this because with each issue it’s clearly apparent JUST how much Harley has grown under Phillips’ care.

The artwork in this issue is chaotic in some of the best ways, as it’s gritty, quirky, and fun, unlike anything else currently on the market. Riley Rossmo and Ivan Plascencia bring this world to life in such a unique way. I love what everyone on this team brings to the table. Deron Bennett has laid down some of my favorite lettering in this title because, again, he has such a unique style.

With all the nostalgic references, Harley’s hilarious quips, and action for days Harley Quinn #11 definitely deserves a read. With this new story arc, it is a great time to meet the gang if you haven’t yet. It might even cause you to go back and explore the other issues to catch up! As for me, I am waiting patiently for the next issue!