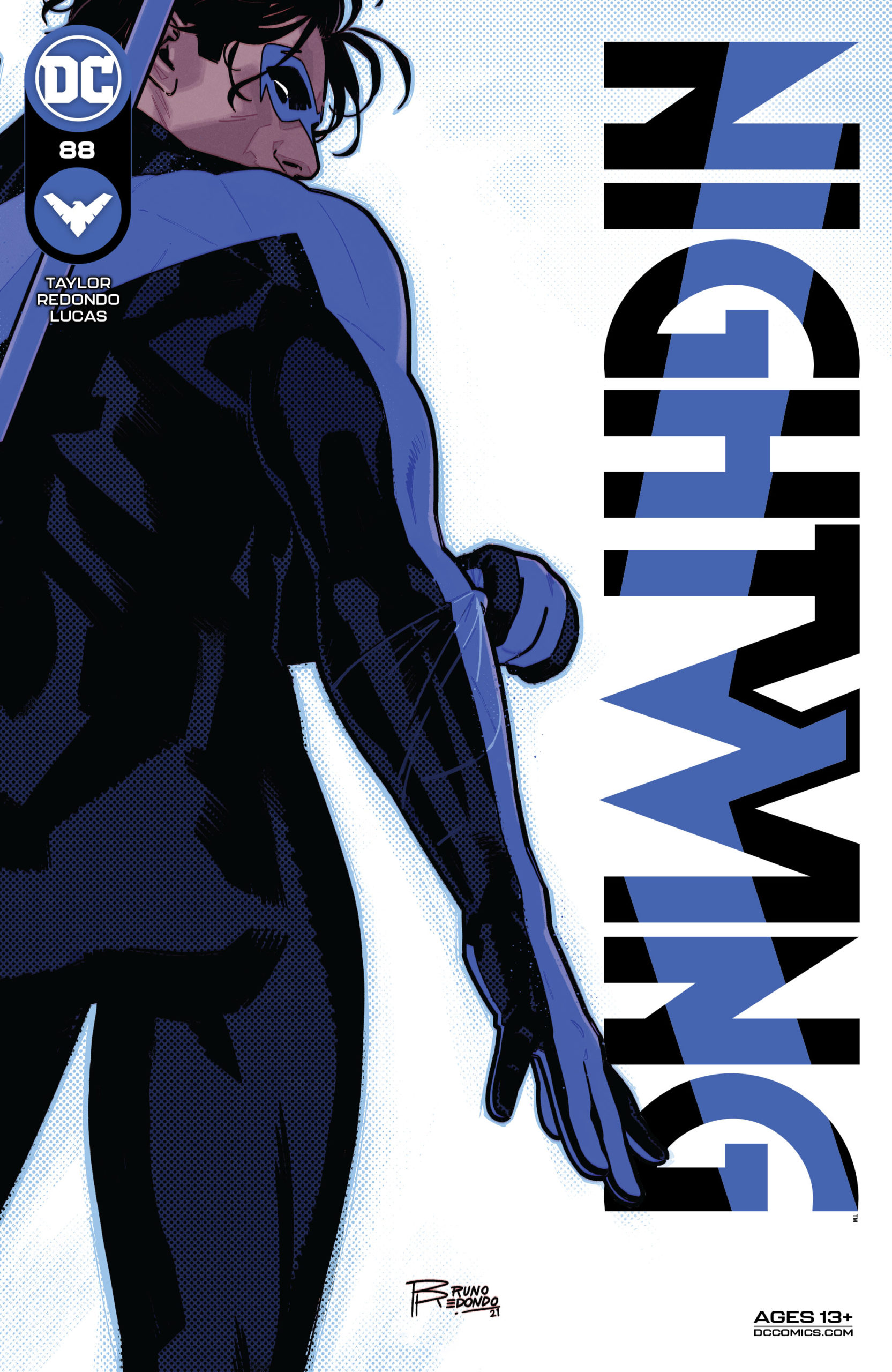 Maybe I should just write the same four words every time I review an issue of this series: “This comic is great”? Because guess what? Nightwing #88 is just that.

Yes, I know that I may sound like I’m getting paid a commission fee by the creative team (I wish) but the reviews, accolades, and fan comments online speak for themselves. CBR voted this book the top series of 2021 (I was honored to be quoted in that article) and the ongoing DC Comics News’ best of last year list seems to be producing similar results (vote here).

Last month’s issue was nothing short of spectacular, and while this issue may not be laid out in that same, mind-blowing way, it’s still as fun to read and as lovely to look at. This creative team is currently so hot that supernovas are jealous. Nightwing #88 has laughs, action, thrills, and more guest stars than you can shake a stick at. I’ve always maintained that Dick Grayson, even more than Batman, Superman, or Wonder Woman, is the true center of the DC Universe. The amount of love, respect, and care that’s shown to him by every single hero who appears on these pages, and by the creative team that’s giving us his adventures, shows this in spades.

Nightwing as a hero, a friend, and colleague is showcased in this issue. Teen Titans abound and we also get the welcome return of Melinda Zucco. I’m so excited to see more of her, and her relationship with her brother in the months to come. Of course, having Barbara and Dick as the central characters in this book is a real treat, and the way they’re written, drawn, colored, and lettered is pure magic.

Lest I forget, we also get a really Terrific and unexpected guest appearance this month as well as a whole new(ish) costume for Mr. Grayson. Talk about great friends in high places! One of the best aspects of the current storyline is that Nightwing’s probably less of a target than his civilian alter-ego these days. That’s refreshing, in and of itself.

Nightwing #88 is great (deja-vu). I loved seeing the return of Gunhawk and Bunny, revisiting Melinda, and the shocking resurgence of a villain who’s really scaring me.

This series is firing on all thrusters, and I’m glad to be caught in its wake.