McFarlane Toys has added three new Batman Beyond figures to their range. Based on some of the (future) Batman’s greatest friends and foes, these items are now available for preorder.

The future is now!

In the opinion of one elder Millennial, the only character who could ever satisfactorily replace Bruce Wayne as Batman is young Terry McGinnis. So it’s always cool to see some new Batman Beyond figures hit the shelves.

Let’s look at the lineup:

When Batman (Terry McGinnis) disappears after losing his memory and having his identity stolen by False Face, Dick Grayson’s daughter Elainna tracks down the Bat suit and takes it for herself.

Going against her father’s wishes, she then becomes Neo-Gotham’s newest Super Hero, but does her best to keep her identity a secret from him. Eventually, her father finds out, but it’s too late, the city has a new protector: Batwoman! 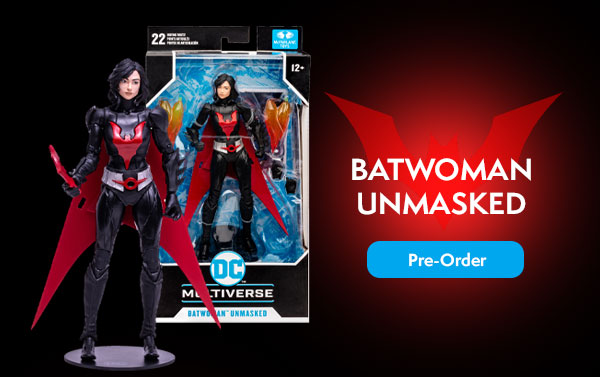 A shapeshifter who has total control over her liquidized body, Inque can change into any form imaginable, including deadly weapons to inflict damaging strikes. While she’s most often seen in the shape of a normal woman, Inque also takes on the appearance of a featureless, liquid blob when operating undercover.

Whether sneaking into a restricted area or battling an enemy, Inque’s unique physiology and super-strength make her one of Batman Beyond’s most dangerous foes. Now, in an attempt to frame the Super Hero for a crime he didn’t commit, Inque has disguised herself as Batman Beyond and is causing havoc across the city. 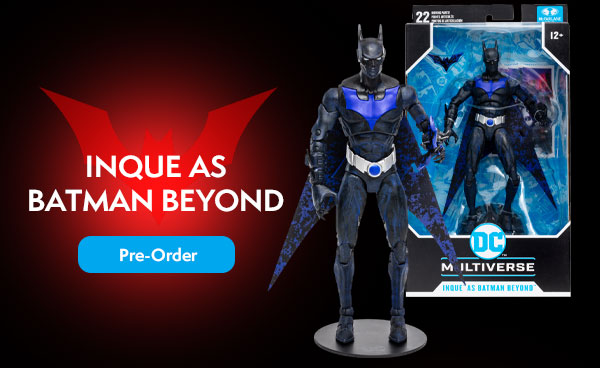 After Bruce Wayne’s health began to decline, Derek Powers, the corrupt CEO of Powers Technology, merged his company with Wayne’s. With access to new assets, Powers used his vast resources to develop dangerous weapons for the government.

After being exposed to one of his deadly chemical agents, Powers attempted to save his own life by experimenting on himself with large amounts of radiation. But the chemical agent’s effects coupled with the radiation transformed him into a monster. Now, Powers has become Blight, a radioactive metahuman with glowing translucent skin and a lethal touch! 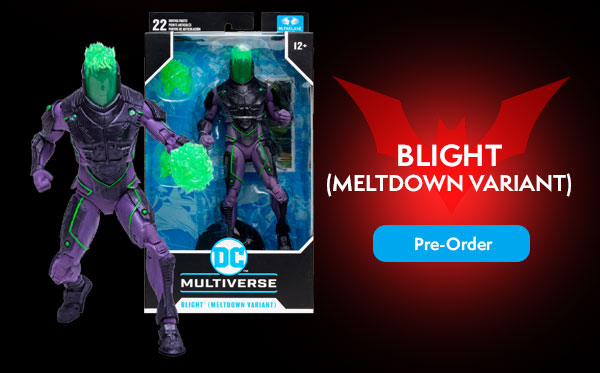 Each of these amazing Batman Beyond figures is incredibly detailed and “Ultra Articulated” with up to 22 moving parts. Each figure also comes with a collectible character card.