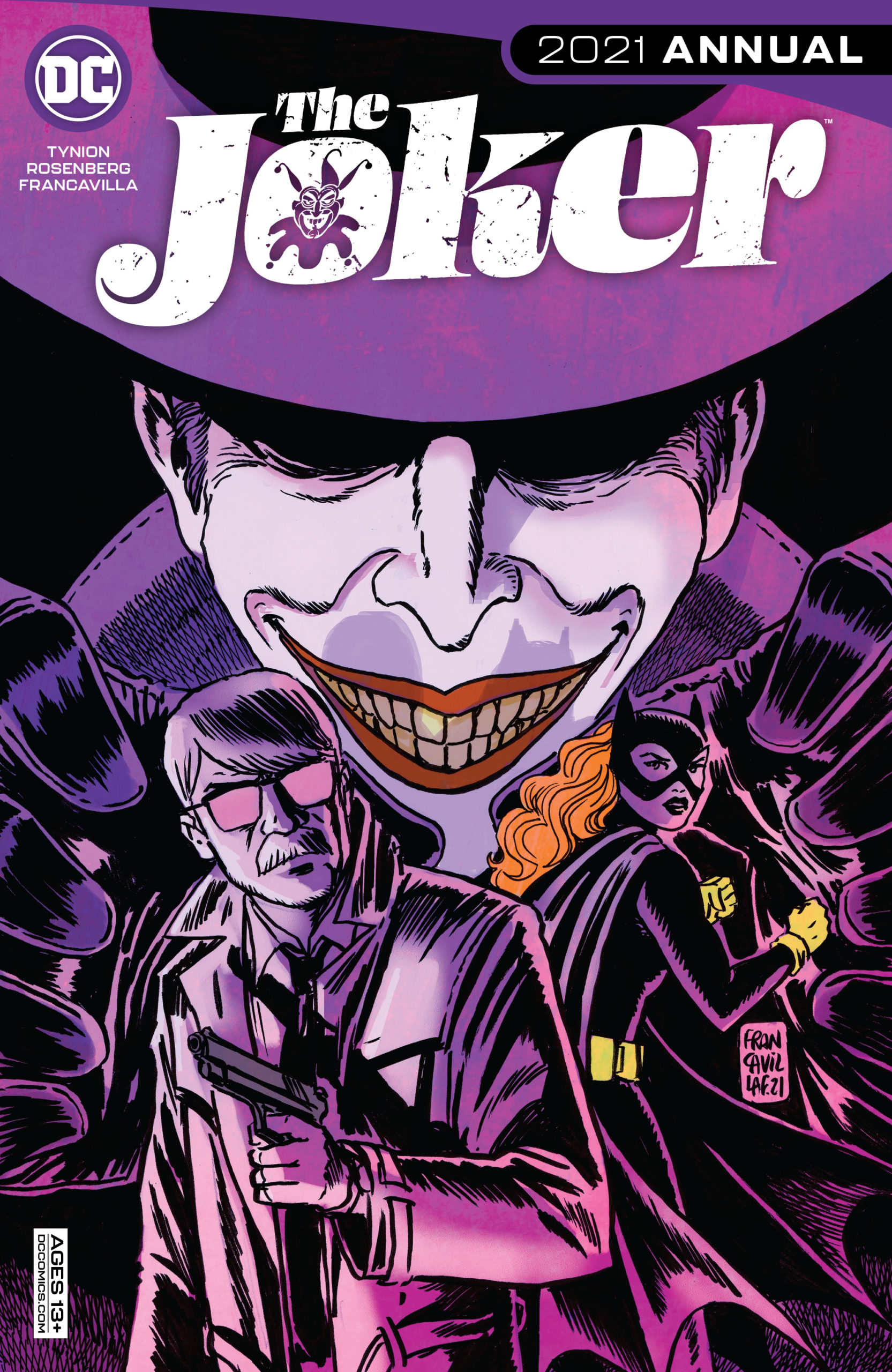 Dear Jim…Thanks for cleaning up the city for people like me.  You inspired me to do my part XOXO .  ”

His first year of being GCPD police commissioner was intensely challenging for James Gordon. He battled corruption in the ranks, his marriage was in shambles, and the vigilante Batman was clearly welcoming new recruits with the appearance of Batgirl. It was at that time The Joker picked his moment to unleash hell upon Gotham City, in The Joker Annual 2021!

In “El mal duerme bien”….translated “evil sleeps well” Matthew Rosenberg and James Tynion IV pour a pretty intense script out to conclude the first year for this series of The Joker. In a flashback from the current storyline, we find Jim Gordon in his first year as commissioner dealing with the fallout from his cleaning up the mob crime, but also exorcising all the demon bad cops that are on the force.

Compound that with the knowledge that his daughter is Batgirl (great line behind this name as one cop gets the fatherly wrath out of Gordon for this one) and the wide berth he feels he needs to give Batman, you have quite the pressure cooker.

Do you want villains? You got ’em! Catman, Black Mask, Joker, Penguin, and Killer Croc. Arguably at the time, a new Rogues Gallery that’s both in competition with each other, but also failing to see how serious the Joker can be.

Spread thin both in police force personnel and in his own life, Gordon’s seen in the beginning stages of how much the Joker has tortured him through the years. I have a feeling that this is quite a grand setup morally for Jim Gordon by Matthew Rosenberg and James Tynion IV. Script wise you couldn’t ask for more from a Joker story and the first installment of whatever fresh purgatory we’re in line for from the Clown Prince of Crime.

We keep getting a lot of flashbacks in entire issues which can take a reader’s eye off the mark. I’m still reeling from Alfred’s daughter being introduced, and I haven’t gotten a true dose of how this all came to be. Given all we know from Nightwing, with Alfred’s fortune being left to Dick Grayson, is this going to be a “thing”?

More importantly, the art… Mirka Andolfo and Guillem March are the Joker artists I am clamoring for as their pens and colors are on fire. Theirs is a style akin to Todd McFarlane’s, where muscle tissue is celebrated and blood flows like a river. In certain comics,  Francesco Francavilla’s style works, but there are frames that appear to be rushed and the Joker literally looks different through some of the panels. Arguably the only thing recognizable is the purple fedora and suit.

I get that the story that The Joker Annual 2021 is presenting is a tale from the past, but the art doesn’t have to be as well. I can still have my attention to detail from Andolfo and March, but that’s not the case in this book.

The script for this issue is flawless and real scary… I won’t be busting open a pinata anytime soon, but keep your reading glasses on and not your artistic lenses. Again Francavilla is not a bad artist, it’s just that DC set the readers up with having Andolfo and March at the helm, and I found the difference quite jarring.

‘Batman: The Animated Series’ Will Return as a Podcast