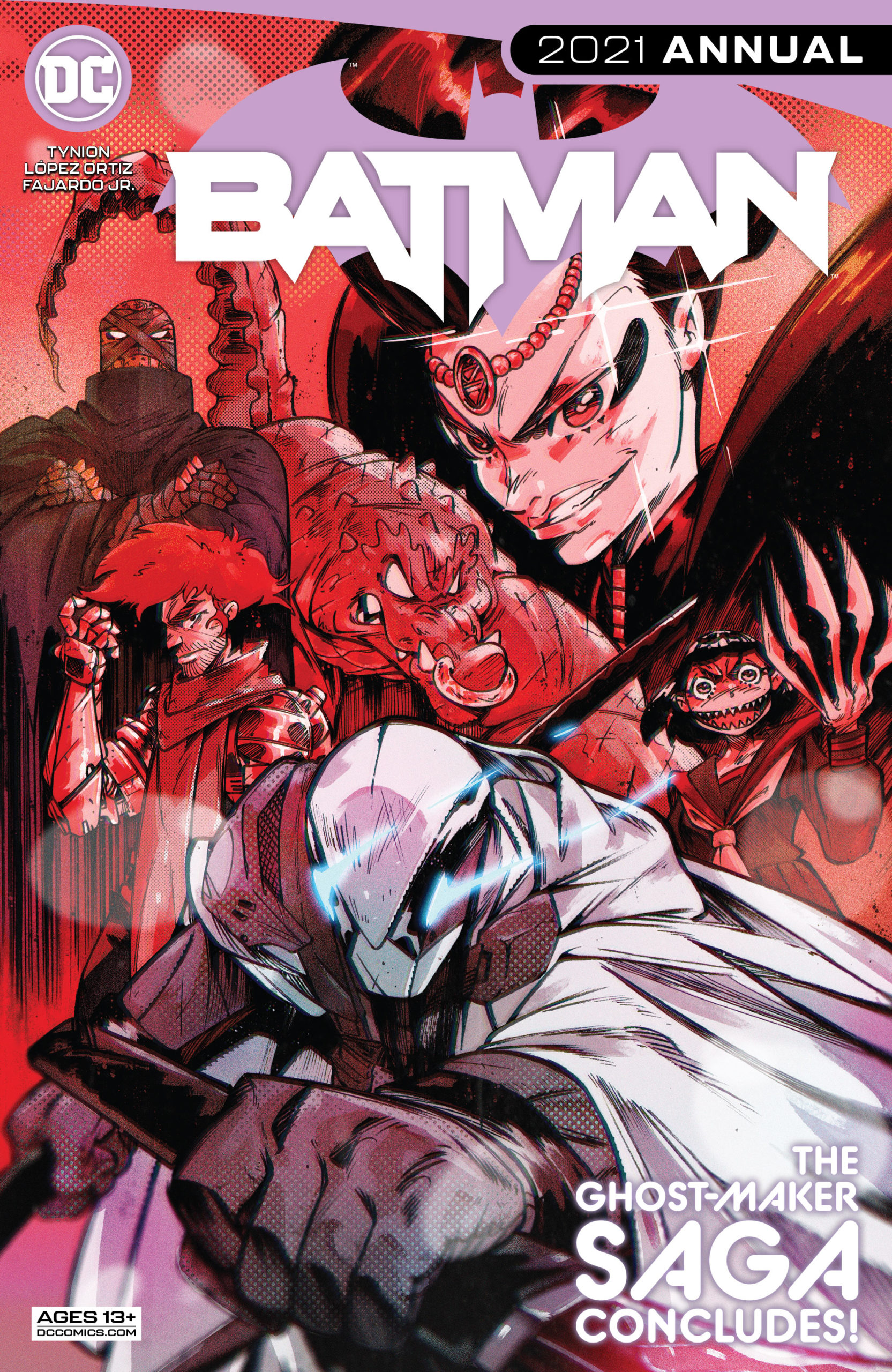 The Batman Annual 2021 heavily features Batman’s BFF, Ghost-Maker, in what appears to be his last appearance, albeit just for now. It also marks the last contribution from the wonderful James Tynion IV, as he signs off from the title. How fitting then, that he builds this issue around one of his own creations, and brings everything full circle.

The tone on offer is markedly different from the main thrust of the Batman title, both visually and in terms of the narrative style. After the dark, heavy mood of the “Fear State” era, this is positively whimsical by comparison. The most noticeable difference is the heady dose of humor in this issue, as the repartee between Batman and Ghost-Maker is full of levity, with the Caped Crusader disapproving of his friend’s less considered crime-fighting methods.

As the main crux of the story takes place by way of an extended flashback, the outlandish nature of Ghost-Maker’s story is such, that one can almost see the eye-rolling beneath the cowl!

Interestingly enough, the reader is treated to more glimpses into Ghost-Maker’s past, by way of his childhood and a reveal of his true identity. The way in which the events of his youth frame his methodology in the present is very much a mirror to that of Batman, as both men are shaped by seismic changes to their lives at a tender age. Whereas Bruce Wayne was a callow youth hardened by tragedy, his counterpart certainly had a liberal helping of darkness in him already judging by the depiction of him within this issue.

The art from Ricardo Lopez Ortiz is a real treat. All art is of course subjective, but his cartoon-ish yet visceral style is very enjoyable to look at. His depictions of the young Ghost-Maker dominate the panels, as he provides a face that’s innocent yet forceful in equal measure. It does bring to mind the Robin King character from the pages of Death Metal, such is the striking impression of one so young having such a capacity for physical violence. Of course, this isn’t an evil character in that vein but the similarities are there on a visual level.

The Batman Annual 2021 is a worthy addition to the recent canon and serves as a nice exit point for Tynion. As a method of filling in the blanks of a key character’s past, it’s a thoroughly enjoyable and eventful read. Ghost-Maker’s a character with a lot of creative fuel left in the tank and it’s surely only a matter of time before we see him appear again. I, for one, do hope that we get him back fairly soon due to the side of Batman that’s unlocked by his very presence. Until then, enjoy this book and start the waiting game.