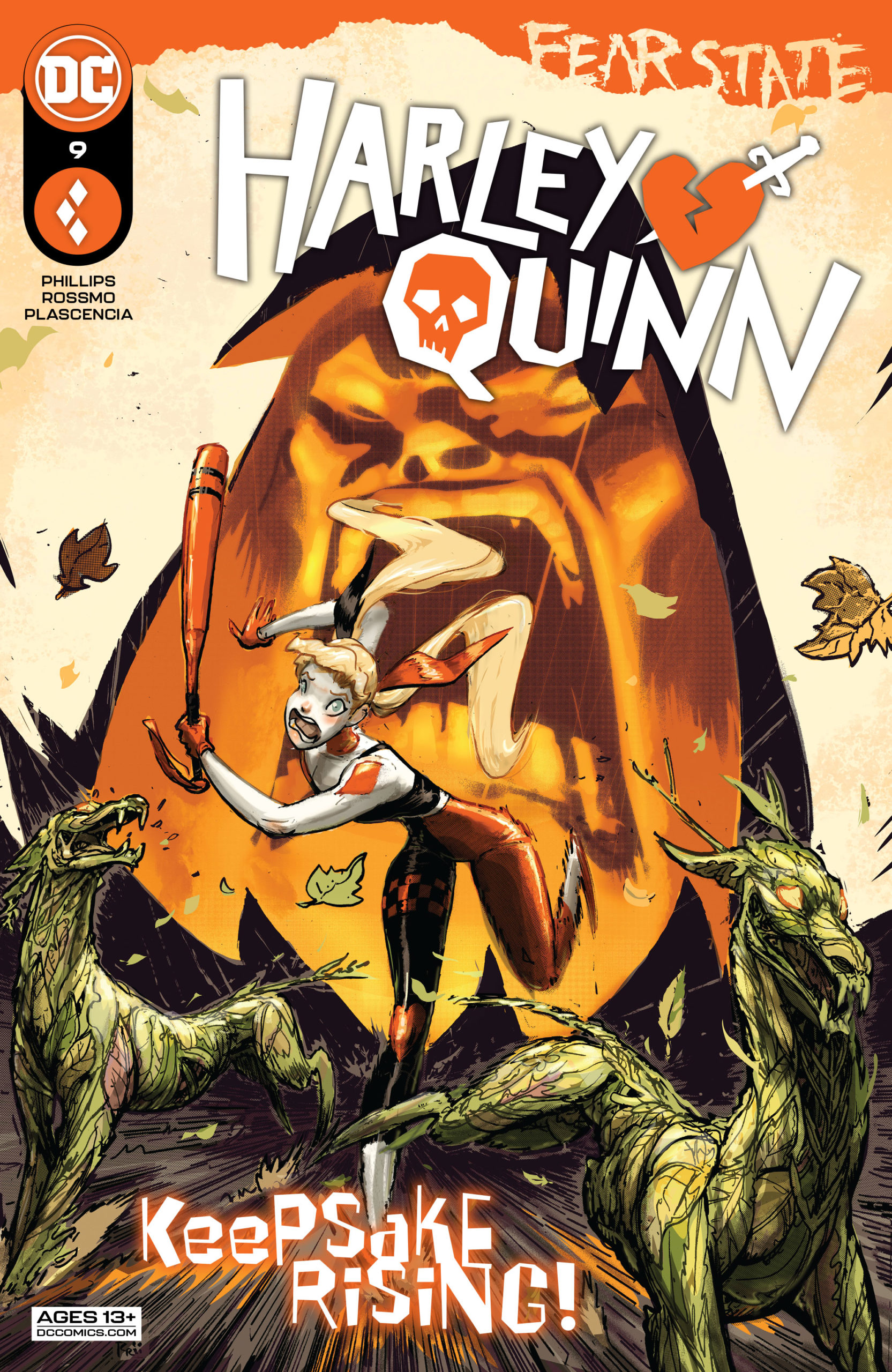 With Harley Quinn #9 out this week, we’re near the full end of the “Fear State” arc. This is a saga that’s rocked Gotham to its core, quite literally. As we come into this issue, Harley has graced readers with a personal look into her own fears; the deepest of them, the ones that reach her in her home and her heart, and force her to analyze just what she wants.

Let’s join her in this journey!

I Was Never Afraid Of The Dark

It begins with a look back at Harley’s first time meeting Joker, and her days of what would leave most shaking in terror. We see her as he therapist for the worst that Gotham has had to offer. Moving forward in time, Harley’s trying to get Ivy and herself to safety, in style of course, but Keepsake’s not about to just let his prize go free.

Kevin’s a hero of the highest order, as he saves people from the blazing fire at S.A.F.E. headquarters. Trapped inside the burning building brings a decision for him, as Lockwood’s life is hanging in the balance. Thankfully Kevin has a devil Harley on one shoulder and an angel Harley on the other, to help him make this hard choice.

Get In. We’re Going To Save Gotham

Stephanie Phillips has done an astounding job with all the themes in this issue. Riley Rossmo also gives us beautiful and subtle hints in the art choices, which makes the entire essence of the book unique. One of my favorite parts of the issue specifically involves Harley at two defining moments of her life. Without giving anything away, let’s just say they involve Puddin’ and Posion.

In each of these scenes, the four different suits of cards are present. The artwork’s stunning and allows these marks to showcase the scenes as important moments. Ones that center stage the truth in Harley’s heart. Between the amazing visuals, all of the chaos, and excellent plots lines, action, sarcasm… you just can’t ask for more.

Character building and story telling at its finest, Harley Quinn #9 is a complete must read addition to anyone’s collection.