Prime 1 Studio has announced a new addition to its Museum Masterline Collection; a deluxe statue of The Batman, based on the upcoming film.

Here’s another piece for my Robert Pattinson shelf, a stunning depiction of The Batman ahead of the film’s March debut. And that cowl makes his jawline look so strong!

Let’s look at the pitch:

Limited to 999 pieces, and at almost 35 inches tall, Prime 1 Studio’s 1:3 Scale Museum Masterline THE BATMAN Special Art Edition Bonus Version Statue is based on Jim Lee’s breathtaking DC Fandome illustration from 2020’s DC Fandome Event. Prime 1 Studio created this work of art to take advantage of every opportunity to showcase this newest Batman and to shine a spotlight on how awesome this new design aesthetic is.

Prime 1 Studio’s artist team took the kernel of Jim Lee’s artwork and embellished it to push the realism and drama. Inspired by the film, our artists have pushed the boundaries of what’s possible to bring you an exciting take on the Caped Crusader.

You can easily see from his head alone, the leather-like texture, and intricate stitching on his cowl, and subtle facial features in the lower half of his face…these have been executed to perfection. His armor is both solid form and brutal function rolled into one. It gives him a menacing silhouette, and also the protection he needs to do his job effectively. You can see every stitch, every dent, every texture, every pouch, and every strap as if it were the real thing. 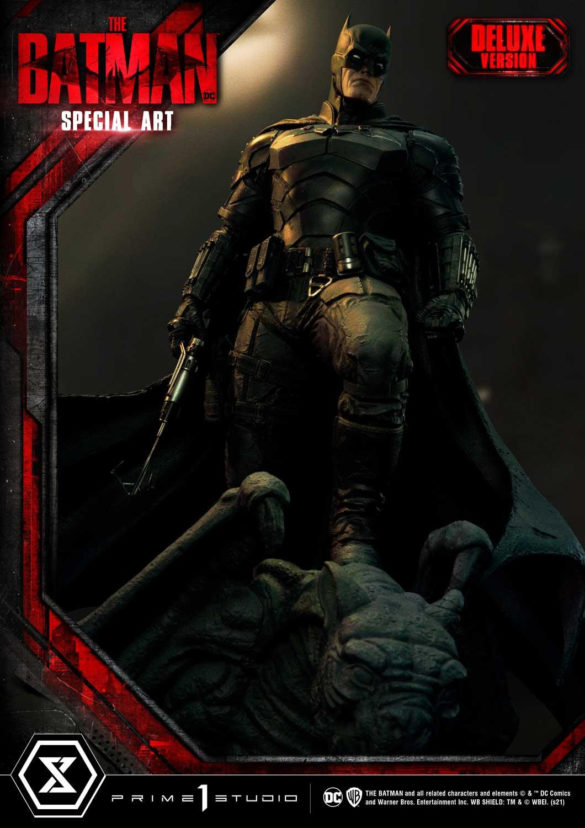 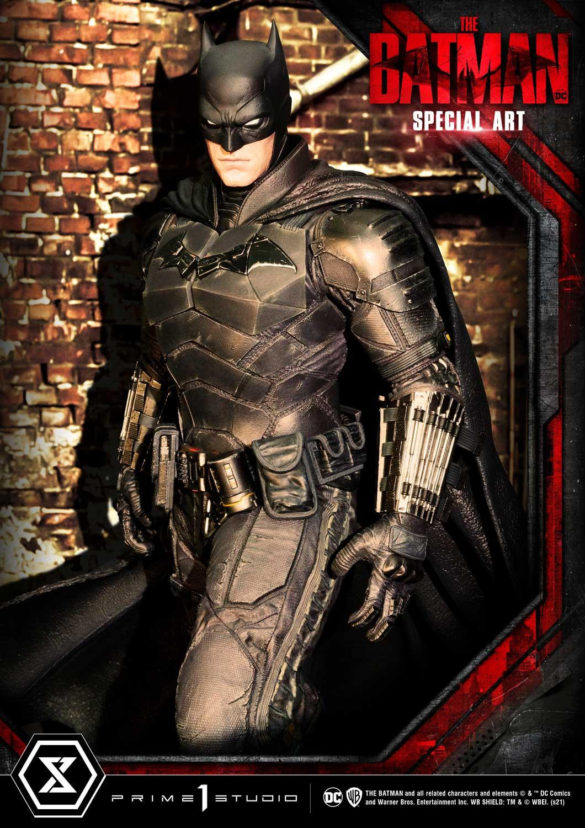 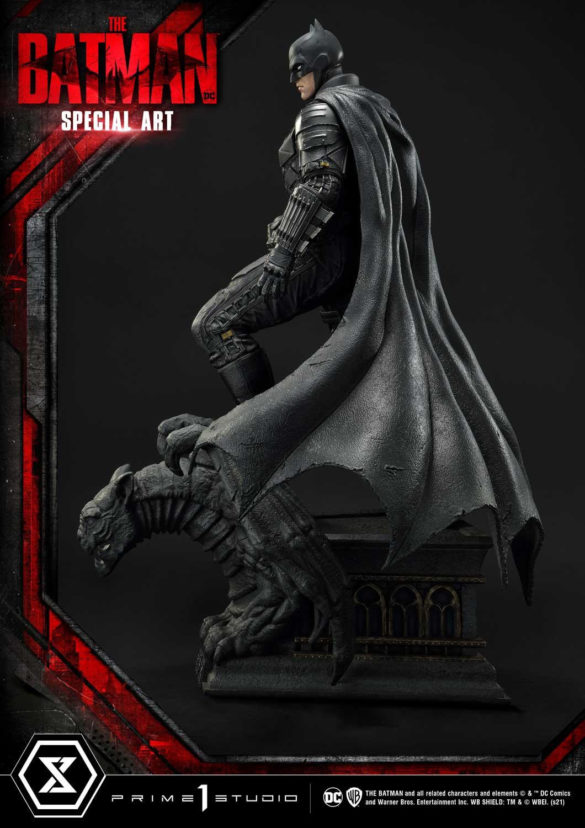 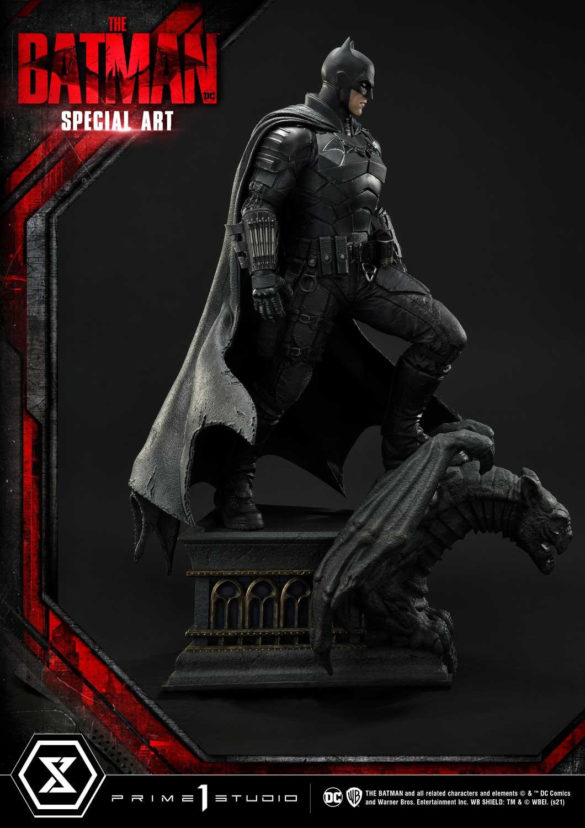 While he looks like a night creature devoid of color, our painters took great care in differentiating the multitude of armor pieces, cloth textures, and other aspects of the suit to portray that his costume is made up of numerous parts…and not just a solid block of darkness. We have employed many different finishes and painting techniques to bring out the stark realism of this piece. We wanted to showcase how Jim Lee’s drawing could inspire realism in a statue.

This Deluxe Bonus Version comes with more surprises for your displaying pleasure! More than one portrait, the DXS Version will come with three (3) unique, swappable portraits in total. While one is directly inspired by Jim Lee’s art, one portrait is an homage to the upcoming film and the other portrait will be a callback to a more comic-based appearance. Moreover, the Bonus Version comes with two (2) swappable Left Hands and three (3) Swappable Right Hands to allow you to extend your storytelling! Fans who purchase one of the limited 999 Deluxe Bonus Version statues from will receive two (2) special additions to their awesome statue: First, a special, pair of hands with a secret Bat Accessory to be revealed at a future date! Second, a Special A4 Size Jim Lee Art Print! Be one of the rare and few fans who are able to acquire these amazing, bonus items!!!

Perched atop an iconic gargoyle, THE BATMAN is ready to take on Gotham City’s most superstitious, and cowardly lot. And the best news? THE BATMAN Special Art Edition Deluxe Bonus Version Statue is also ready to occupy your very own shelf!

And if fabric capes are more your style, look out for MMTBM-02LM: The Batman Special Art Edition Fabric Cape Limited Version to be released at a later date.

THE BATMAN Special Art Edition DXS Version Statue is the one to get! It’s available for preorder NOW! Head over to our website and preorder THE BATMAN!

It looks like another amazing piece from the craftsmen at Prime 1 Studios. Order yours today!